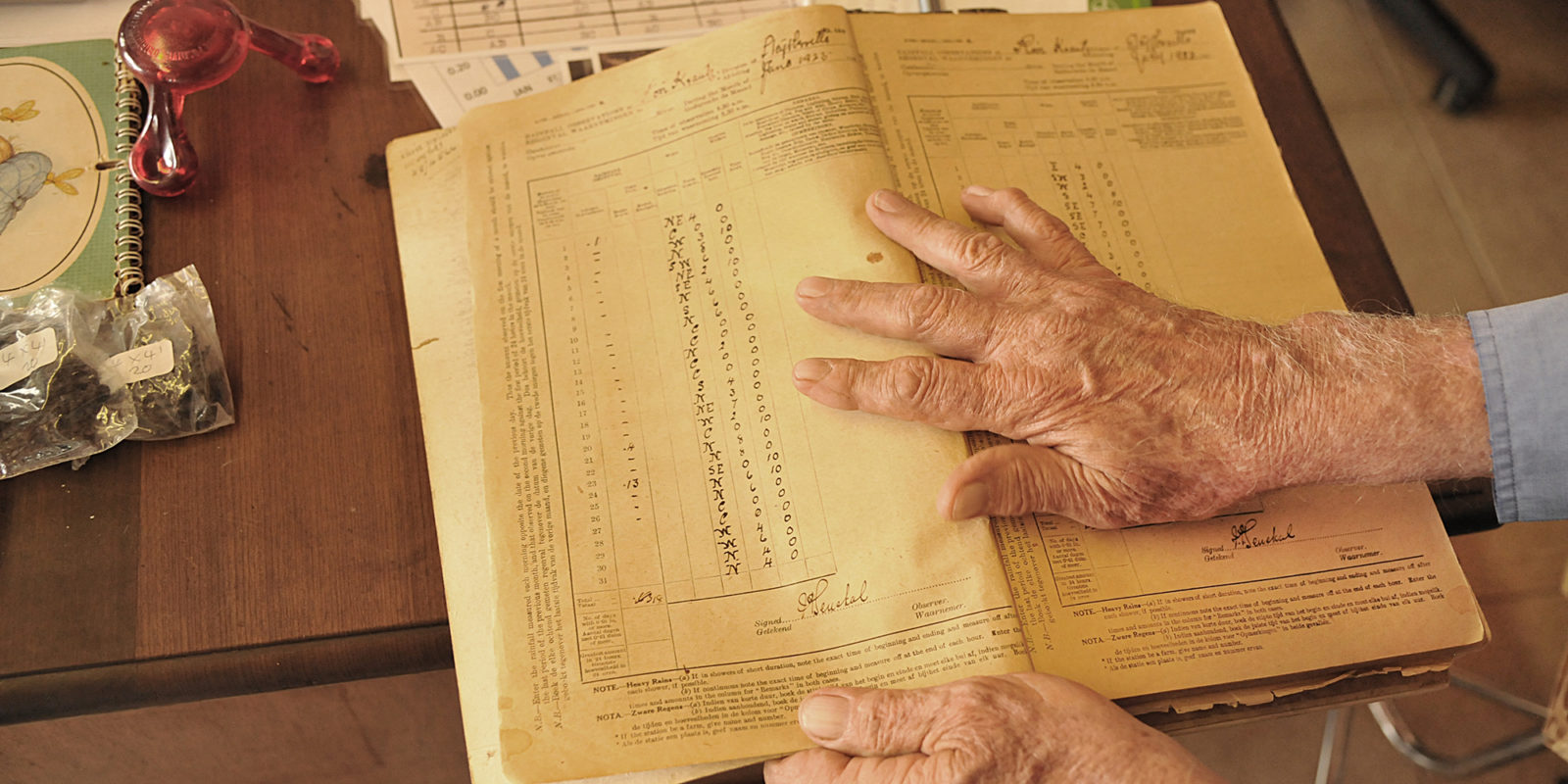 Close to a hundred years of rainfall figures kept for a farm in Steytlerville in the Karoo show an alarming downward trend — and no indication that the devastating drought in the Eastern Cape will be broken soon.

“This drought is our new normal,” says Jay Killian from the farm Rooikrantz outside Steytlerville. “The area had only 65mm of water in the entire year. It would be abnormal if we are now starting to get a lot of rain,” he said.

In front of him, he has the graphs showing the moving averages, a statistical technique used to predict long-term trends, for rainfall in the area.

“Look here on the three-year moving average graph,” Killian said, pointing to the end of the 100-year cycle. “Daar val hy in sy moer in (there is where it falls apart).”

He said the past five years had the lowest rainfall figures in 96 years and is still dropping.

“I was hoping for a turning point but I can’t see one yet,” he said. The only answer he can see is for farmers to reduce the number of animals they have on their farms.

He said his statistical analysis also shows that while the number of rain days stayed roughly the same or even increased in some years, the amount of rain has dropped significantly.

“For the past 96 years, the average rainfall was 250mm a year. Our highest rainfall figures were measured in the 1980s. Between 1950 and 1980 the rainfall showed a steady increase with a steady decline since the 1990s. Since the 1970s the number of days that it rained more than 25mm has decreased,” he explained, saying this had a big impact on the Karoo veld.

“It is becoming drier and drier,” Killian said. “Climate change is much more of a reality than what people wish to believe. I believe the climate is changing. In 1970 we had a terrible drought, but what saved us that time was that the government was supporting us to reduce our stock. We had to reduce with one-third. They paid us out. That was what saved us.

“Today, farmers are getting donated food and feeding their animals, while what nature is telling us is that those animals must die. The plants need to survive. The economy tells us that we can’t do it. We have two clashing inputs. If the government wants to do something for the farmers they should support the reduction of stock. It is a practical, workable solution. For the climate and for the farmer.”

Killian said in the 1970s they created a drought study group and began planting drought-resistant plants that could also be used for fodder.

“The drought after that one, we survived without too much trouble, because we had our own fodder banks,” he said.

“Then we had some good years. Now the study group has been established again. We must find a new solution,” he added.

“There is no fast solution for this drought except rain. We know it is going to rain again, but we must make provision for our new normal,” he added.

Heinie Dorfling, who also farms in the area, said it has become morbid to farm in the Karoo.

“In February we had two good rain showers on my farm. That sustained us for a few months but now there is nothing. I wanted to put animals in an enclosure where the field was left to grow for four months but there is still nothing there.

“We have to feed the animals every day. Nobody has time for anything else but feeding animals. The other day someone donated 55 tons of naartjies to farmers in the area. I went to fetch my share – two bakkies and two trailers full. I dropped it off at three places on the farm. When I got there on Sunday there was nothing left. The animals are eating anything they can get – and the kudus and the monkeys are helping.

“We no longer have hope when they say it is going to rain,” Dorfling adds.

The chairman of the Steytlerville Agricultural Society, Peter Knoesen, said that on his farm he has had 23mm of rain the whole year to date.

“We have another two months, so I am hoping that we won’t be breaking any records. My previous worst year ended on 44mm. That was 2016. This year has been a disaster so far.” MC