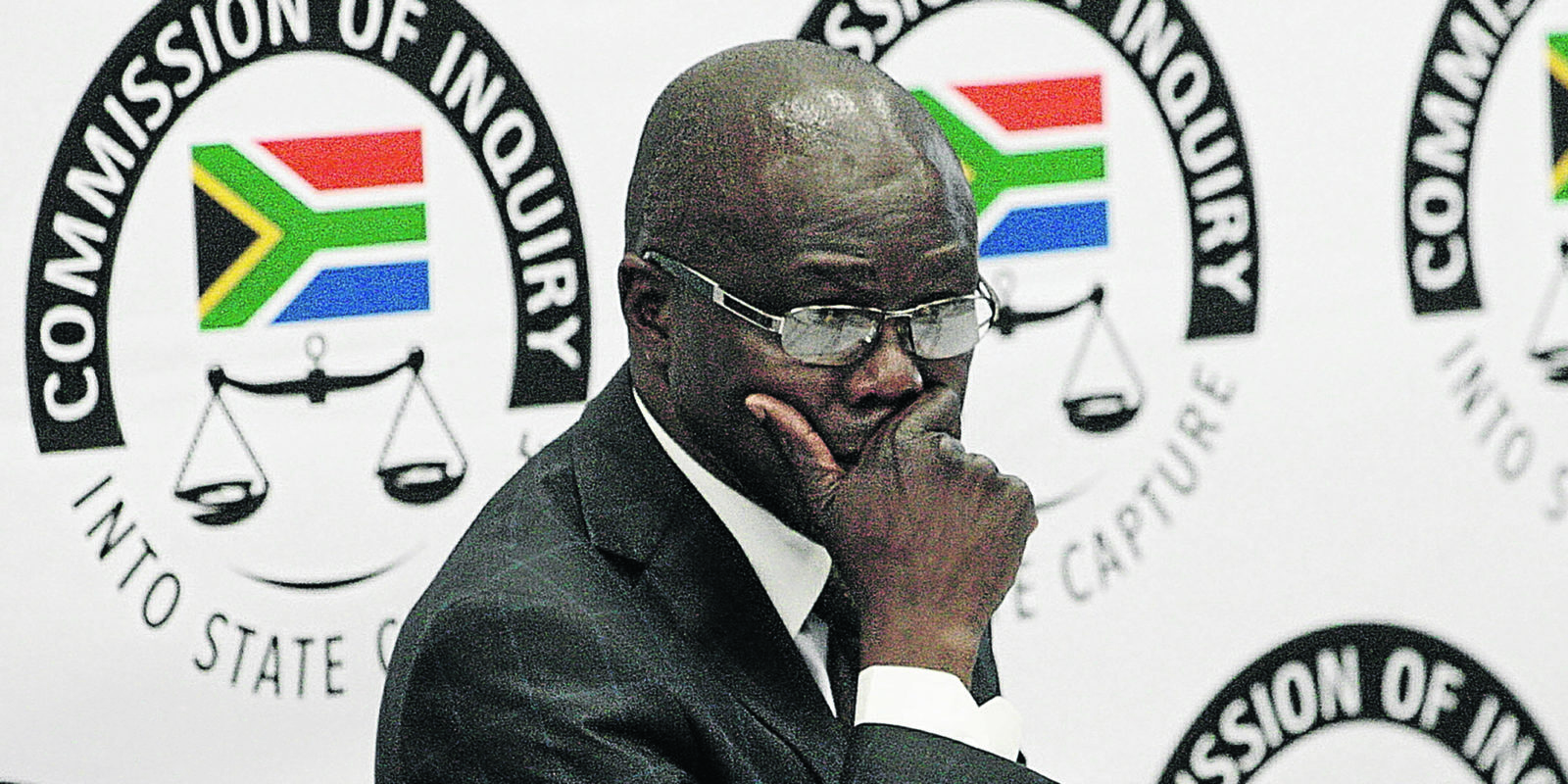 The Zondo commission of inquiry into State Capture heard more unbelievable testimony from Peter Thabethe, a former head of department for Agriculture and Rural Development in Free State. This time the testimony related to a R106-million cancellation payment made to Gupta-linked company Estina for the Vrede Dairy farm project, despite a scathing report on the project’s inadequacies.

Former Free State head of department for Agriculture and Rural Development Peter Thabethe seemed puzzled when probed about a R106-million cancellation payment made to Estina for the Vrede dairy farm project, even though it seemed the entity did a lousy job.

The chairperson of the commission, Deputy Chief Justice Raymond Zondo continuously had to intervene during Thabethe’s testimony on Monday 28 October to rephrase questions posed by evidence leader Leah Gcabashe SC, following numerous attempts seemingly made by the witness to evade and pre-empt the questions posed.

Gcabashe pointed out to Thabethe that an assessment study was commissioned by the Free State Development Corporation (FDC) to assess work done on the processing plant.

“The report highlights the current scenario of the plant and it points to a need for an intervention and change in strategy,” said Gcabashe.

“1. The building needs to be rehabilitated to satisfy HACC […], food and safety compliance. 2. The ammonia cooling system is in the same building and not sealed off 100%. 3. It is not dust- or rodent-proof. 4. There is no sealing in the building. 5. The drains are not installed correctly, hygiene and safety problems may occur,” according to the report as read by Gcabashe.

“What were you paying R106-million for when you took over that processing plant?” asks Gcabashe.

“The intention of the report was to assess and reconfigure the project because in terms of the design and specifications the project was done according to what Paras [an Indian company that was a partner in the Estina project] would want.”

“It was not complete at the time if you remember correctly. So, this company would go in and reassess to say for us to reconfigure this project what is it we need to do,” Thabethe added.

Essentially, Thabethe told the commission the report on the inadequate processing plant was conducted so that the department would know what aspects of the “incomplete” project they would have to “reconfigure” upon taking over from Estina.

“I think Ms Gcabashe is saying if one looks at the report a number of things there seem to have not been right. For which you may have paid, and she asked the question: how could you have paid what you paid if this was the position?” Zondo probed.

Thabethe repeated that the assessment was done to reconfigure the project because the department was due to take over following Estina’s cancellation.

“The report clearly tells us what was installed was inadequate. That’s what you are paying for. We are not talking about the reconfigurations, Mr Thabethe,” Gcabashe said.

Thabethe was still unable to account for why the R106-million was paid.

Gcabashe painstakingly re-read the points raised in the report on some of the inadequacies of the project at the time and told Thabethe the department was “taken for a ride”.

Thabethe did not dispute Gcabashe’s statement, but maintained that the payment was legitimate.

“We paid for work that was done on the ground,” he said.

Thabethe’s final oral testimony to the commission concluded with a probe into a recent affidavit he filed with the commission “correcting” his claims that he had never met with any of the Gupta brothers or family members.

According to Thabethe, he received a phone call from an unknown person who arranged for him to meet with a delegation from India at the Guptas’ Saxonwold residence. He says at the time he did not know that the house belonged to the family.

“It becomes difficult for me to say who is this person who called me,” Thabethe said.

Despite not knowing the caller/meeting convener, Thabethe says he agreed to the meeting and was subsequently given an address for the meeting. Upon realising the house was Gupta-owned, he presumed the person who organised the meeting and phoned him must have been a Gupta family member.

Thabethe told the commission he visited the Gupta residence once, but the commission said it has records of numerous visits, some involving Mosebenzi Zwane, who at the time was MEC for Agriculture and Rural Development.

Testimony will continue on 29 October. DM