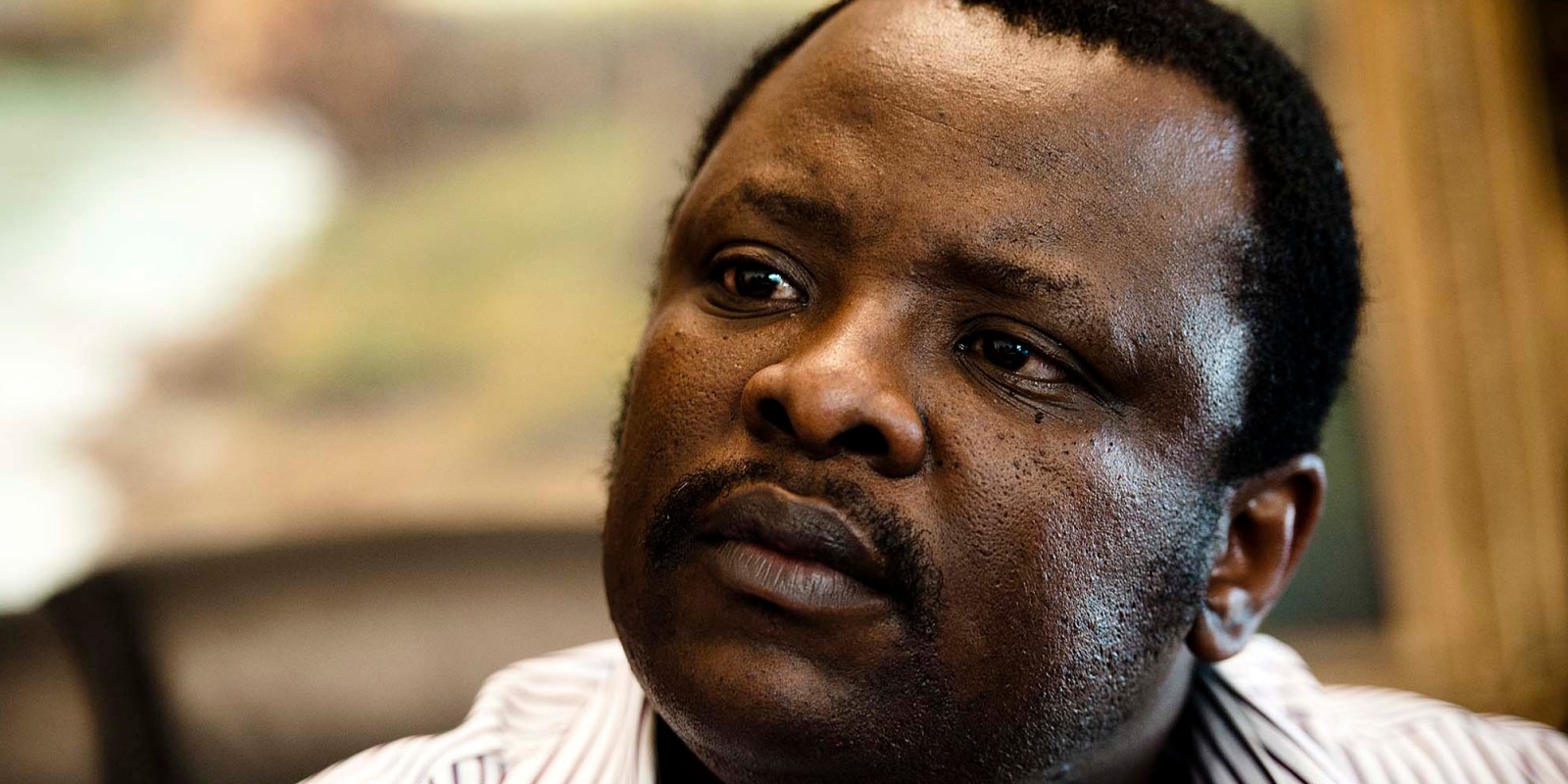 In its finding, the Constitutional Court held that at no point was there a suggestion that the money advanced was used improperly or that any of the sureties gained an unjustified benefit from the payments to Westside Trading.

The Constitutional Court today found that an acknowledgement of the debt agreement, which bound property mogul Roux Shabangu and a number of other high-powered names to the repayment of R82-million to the Land and Agricultural Development Bank of South Africa is unenforceable, on the basis that it stemmed from a loan agreement that was declared invalid.

The issue concerned a loan agreement concluded in July 2006 between Westside Trading 570 (Pty) Ltd (Westside) and the Land and Agricultural Development Bank of South Africa (Land Bank) in terms of which Westside would receive an amount of R100-million to finance a proposed urban township development in the North West.

The agreement required security and nine shareholders of Westside entered into a mortgage bond and a written suretyship agreement with the Land Bank, in terms of which they stood surety for the loans advanced to them.

Many of these shareholders are names within the public domain including a former head of the KwaZulu-Natal department of economic development and tourism, Desmond Golding, former Gauteng provincial legislature speaker Lindiwe Maseko and former North West director-general Keneliwe Lydia Sebego.

But central to the matter before the Constitutional Court is millionaire businessman and property mogul Roux Shabangu, who is also the leader in this litigious battle.

Shabangu is linked to a R500-million lease agreement entered into with police commissioner Bheki Cele in 2010 — the implementation of which went astonishingly wrong. While the lease was cancelled after the then public protector Thuli Madonsela found that it breached Treasury regulations and was “improper and unlawful,” it raised questions about the extent of Shabangu’s involvement.

Daily Maverick coverage can be found here and here.

In 2007, a year after the loans had been advanced to Westside, the Land Bank was advised that it had acted beyond its statutory mandate and in terms of the Land Agricultural Development Bank Act 15 of 2002 (the Act) these monies had been loaned unlawfully.

It terms of section 3 of the Act, the bank’s powers were limited to promoting, facilitating and supporting the equitable ownership and development of agricultural land by historically disadvantaged persons.

This was communicated to Westside, which at this stage had spent about R51-million on purchasing properties and R11.5-million of the allocated R49-million for development-related purposes.

In its finding, the Constitutional Court held that at no point was there a suggestion that the money advanced was used improperly or that any of the sureties gained an unjustified benefit from the payments to Westside.

It became a common cause that the loan agreement was declared invalid. Pursuant to negotiations, Westside’s financial director signed an acknowledgement of debt agreement (AOD) in terms of which Westside accepted liability to repay the R82-million to the Land Bank by the end of April 2009.

Westside failed to make payment and the Land Bank instituted proceedings in the High Court against the company and its sureties. But when this led to the liquidation of the company, the Land Bank was forced to amend its claim and pursue the recovery of the debt from the sureties alone.

While it was a common cause that the loan agreement entered into between the parties was invalidated, the question before the High Court was whether a deed of suretyship could survive in instances where a principal loan was invalid.

Judge Annali Basson for the High Court found that simply because the loan agreement was invalid did not mean that it necessarily followed that the deed of suretyship was invalid too.

The court found that the AOD had been properly proved and this acknowledgment, read together with the deed of suretyship bound the sureties, jointly and severally for the R82-million owed.

Shabangu applied for leave to appeal to the Supreme Court of Appeal but his efforts were dismissed, the court finding that there were no reasonable prospects of success, neither were there compelling reasons provided why it should hear the appeal at all.

Shabangu applied for leave to appeal to the Constitutional Court, where the Court found that there were reasonable prospects of success and that it would be in the interests of justice to grant leave to appeal.

The Court found further that the issues at hand were “interlinked arguable points of law of general public interest”.

“That the invalidity in question here stems from exceeding statutory powers adds a constitutional dimension to the issues [and] clarity on them will not only affect the immediate parties, but also others in similar positions, ” said Justice Johan Froneman in his written judgment.

On 1 August 2019, the Constitutional Court heard arguments of the parties.

Shabangu submitted that in terms of the AOD, the only debt acknowledged by the sureties was the debt restricted to the alleged liability of Westside under the invalid loan agreement. It did not extend to include any possible enrichment claim.

He argued that the AOD cannot validate the alleged indebtedness under the invalid loan agreement irrespective of whether that AOD was found to be a novation, which entails the replacement of one contract with another valid contract, or a compromise, which is an agreement entered into to prevent, avoid or terminate a dispute.

The Land Bank argued against this, submitting that the AOD did constitute a compromise and that a valid contract therefore existed. It argued that the High Court had decided correctly that the invalidity of the loan agreement did not automatically invalidate the suretyship agreement and for that reason, the sureties were jointly and severally liable.

In a unanimous decision handed down by Justice Froneman on Tuesday, the Constitutional Court disagreed with the High Court.

The Court agreed with the sureties that the debt of R82-million related to the invalid loan initially advanced to Westside by the Land Bank and that on an interpretation of the suretyship agreement, it clearly shows an intention by the sureties to be bound for this debt only.

The Court held that by concluding an AOD with the sureties after it had become aware of the invalidity of the primary agreement, the Land Bank merely sought to perpetuate the invalid loan agreement, and then by later claiming in terms of the AOD, it was trying to derive some form of benefit from an invalid contract.

“If the Land Bank lacked the necessary statutory powers to conclude the loan agreement, it could not have the power to compromise a claim for any debt owed in terms of the of the invalid loan agreement.”

“We hold that the terms of the acknowledgement of debt in effect perpetuated the original invalidity and must therefore also be invalid.”

For this reason, the Constitutional Court upheld the appeal, finding that there was no valid claim against Westside in terms of the AOD and therefore, no claim against the sureties. DM