Twenty-five years of democracy has been paid in blood 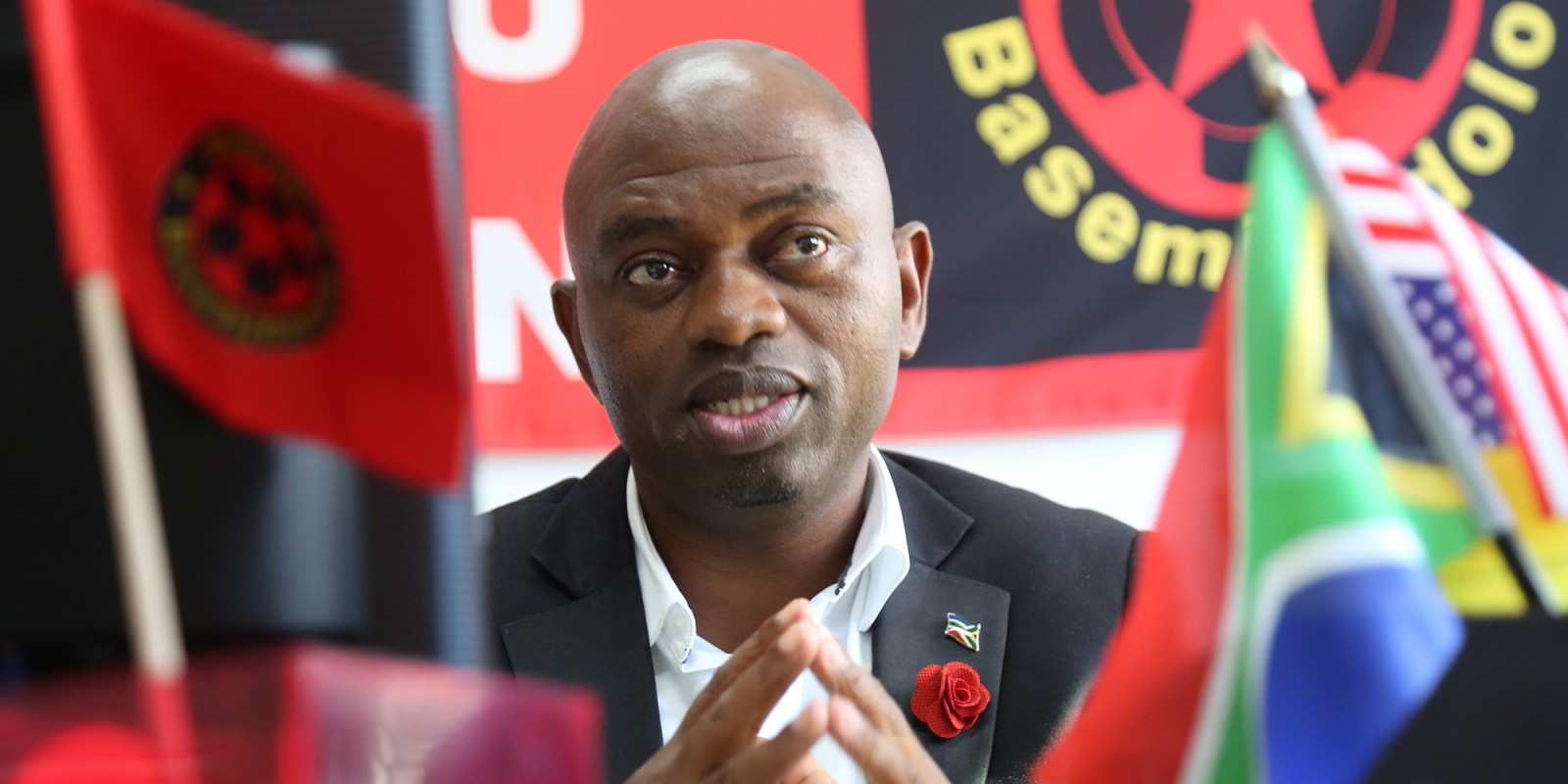 File Photo: Abahlali baseMjondolo president S’bu Zikode during an interview at Foreman Road on May 30, 2018 in Durban, South Africa. Zikode, founder of Abahlali baseMjondolo, the national organization fighting for the rights of the landless in informal settlements is more determined than ever. He says the fight about Abahlali is not just about service delivery and land but it’s about building a society where there is equality, justice, respect and dignity. (Photo by Gallo Images / Jackie Clausen / Sunday Times)

S'bu Zikode, former (and founding) president of Abahlali baseMjondolo spoke in Parliament on 24 October 2019 at the Constitutional Dialogue organised by the Human Sciences Research Council (HSRC), the National Foundations Dialogue Initiative (NFDI) and the Institute for Justice and Reconciliation (IJR). The event was organised to discuss how the key values underpinning the Constitution (human dignity, the achievement of equality, the advancement of human rights and freedoms, non-racialism, and non-sexism) can be realised. Other speakers included Professor Barney Pityana, a former leader of the Black Consciousness Movement, and Edwin Cameron, a former judge on the Constitutional Court. This is the text of the speech given by Zikode.

There is no doubt that in 1994 we all had high hopes in the political leadership of a black majority government in our country. Many promises were made and many promises were broken. Many people who came to work for government decided to work to enrich themselves. We were shocked to realise that impoverished communities on the ground just became voting specialists. Many of us started to organise communities to build unity and enabling environment for government to deliver to its promises. We did not just fold our arms and waited for handouts. We registered NPOs and ran drop-in centres, early child development centres. We ran community gardens and feeding schemes and worked with local business to feed and find employment for our communities. We remained passionate and patriotic to our communities and to our country. While we worked hard to democratise our settlements. We committed ourselves to the project of nation building as envisaged by Nelson Mandela and others. We were inspired by the values of our constitutional democracy and held our flag so high.

We were very clear with our responsibilities as impoverished communities – at least to love our country and contribute to peace building, unity and harmony. However, local politicians were always prepared to lie to us and treat us like children. Lies were put before the truth. The commercial value of land was put before its social value. Many of us suffered in poverty and indignity without jobs and without hope. We had no choice but to come to the cities and occupy vacant and unused land, only to pay a high price for that.

After 25 years of democracy shack dwellers live in mud like pigs without access to basic services. There is hardly any water and sanitation in shack settlements. There is no road access, no refuse collection. There is no electricity and as a result people use candles and paraffin stoves which often explode causing shack fires. We have lost lives in shack fires, we have lost mainly children in these shack fires and the state does not see this as a crisis. Our lives have been lived under a state of emergency but none of the organs of the state has ever recognised that.

During 25 years in democracy the self-organising of impoverished communities has been seen as some form of conspiracy. This is done to justify violence on us. Organising outside the ruling party and the state has cost us lives. We have lost 18 housing activists since 2009 when insisted that land and wealth must be shared amongst those who work it. Many of us have scars just for insisting that impoverished people count in our society.

Brutal and unlawful evictions continue to terrorise our communities. The organised izinkabi like Land Invasion Unit of eThekwini, the banned Red Ants of the City of Johannesburg and Law Enforcement Agencies of City of Cape Town have subverted the law and use violent force on landless people. We have lost lives under the operations of these izinkabi. This is what happen when the political leadership has been replaced by gangster politicians. This is what happens when a democratic state is replaced by a police state.

So, the democracy achieved in 1994 was never for impoverished people. It became the opportunity for the politicians and elites to enrich themselves at the expense of millions of people of South Africa. The question of land and the right to the cities were never resolved. We were never allowed to participate in decision making with regards to our lives and communities, and when we organised to insist on our right to participate in this democracy we were presented as the “third force”, slandered and violently repressed by the state and the ruling party. Local politicians eventually became dangerous figures in our communities, sesiyawasaba abakhansela. Our cities were taken over by gangster mayors and politicians. Their izinkabi were ready to kill those that expose and oppose corruption. We lost many leaders to assassinations. Our leaders have often been murdered with impunity.

Our effort to write to both the Minister of Police, Honourable Cele and His Excellency the President of the Republic failed. Today the eThekwini municipality has spent over 4 billion buying military vehicles called casspirs, when people in shacks have no basic services and people in rural areas have no hope for a better future.

We welcome all the action taken against political gangsterism, and political assassinations of politicians. Although the assassination of housing activists is accepted as normal and no investigation is being seriously undertaken. But we also note that the state has always ruled us with violence and illegality.  Today, 25 years after the end of apartheid, violent and unlawful evictions remain a daily bread for impoverished people. People continue to be murdered by the state during these evictions, and when they organise to resist.

Instead of democratising in order to build more inclusive cities and more inclusive forms of decision making, our cities are militarising. Impoverished people are increasingly ruled with militarised forms of force. This is partly why some communities resort to violence and burn infrastructure. It is because they have learnt from the best. None of the authorities have time to genuinely engage with communities on their demands. Instead they just send the police who were actually not there when certain promises were made. The Land Invasion Unit for instance burns the belongings of people during illegal evictions. They have made this their “City by-laws policy”. This must come to an end. They have demolished shacks while babies are inside the shacks and they get away with this form of brutality.

Our cities have a detailed plan on how to eradicate shacks but they have no clear plan of how they can actually upgrade shack settlements and improving the lives of dwellers.

Although we have deep scars and remain marginalised, today we have a place called home because of our own courage and inkani. Today, we remain a people’s movement and the largest to have emerged in post-apartheid South Africa. Our movement carries the values and treasure of our constitutional democracy and we work hard to build the future we want while we defend our gains. Ubuhlali is our joy and pride that can be used to advance our constitutional democracy as we look forward to the future. After almost 15 years of struggle we remain committed to building radical democracy from below. The wealth, the cities and land must be shared. The right to participate in discussions and to make decisions must be shared. This is the mission that confronts our generation.