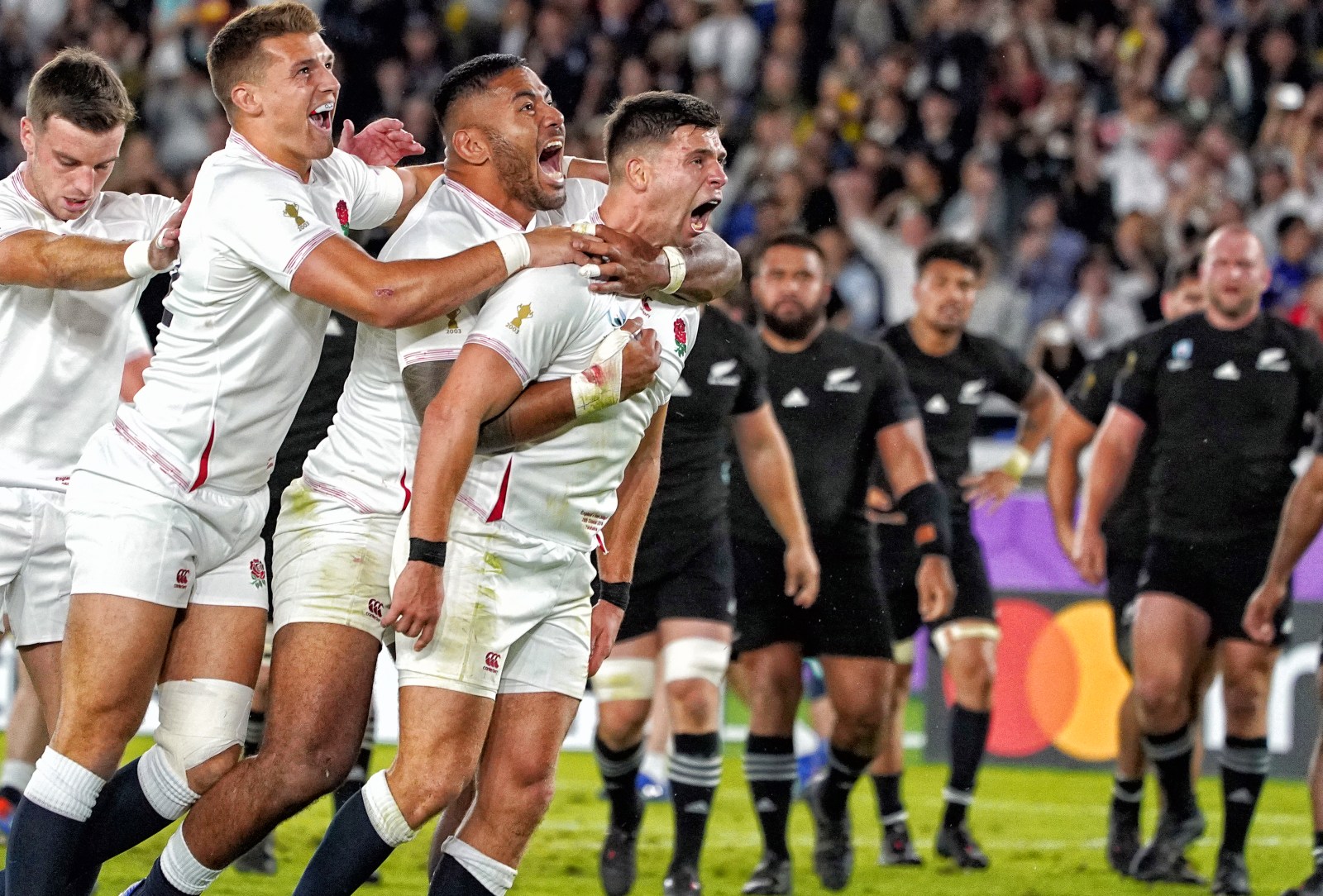 It’s the end of an era. The All Blacks are only world champions in name now. They cannot defend the title they have held for eight years after England produced a tactical and technical master-class to dethrone New Zealand with a 19-7 victory in Yokohama on Saturday.

The All Blacks’ 18-match Rugby World Cup-winning streak, going back to the start of the 2011 tournament on home soil and that included two world titles, ended in tatters in Yokohama on Saturday as England swamped them in every facet.

Collisions, gainline, set pieces, breakdown, territory, possession, tactical kicking and defence – the All Blacks were edged in every category and the score reflected it.

England were sensational and demonstrated that they are peaking at precisely the right time. Either Wales or South Africa, who contest the second semi-final on Sunday, have been issued a stark warning.

England were ruthless and flexible in their approach. After standing in a ‘V’’ formation to receive the Haka, which forced All Black players to look left and right during their ritual rather than straight ahead, England won all the little skirmishes.

Even at kick-off England had a trick up their sleeve, with Owen Farrell and George Ford interchanging passes to change the direction of the kick, to their dazzling opening four minutes of ball-in-hand rugby.

England are the masters at playing the percentages, but for the opening parries, they ran at the All Blacks. Scrumhalf Ben Youngs brought in big runners such as prop Kyle Sinckler and No 8 Billy Vunipola to smash over the gainline.

With fans still settling into their seats, centre Manu Tuilagi crashed over for the opening try from close range after England’s multiple phase build-up.

It was an emphatic marker from England and the All Blacks never recovered.

Coach Steve Hansen’s last meaningful game in charge (they still have to go through the motions of pretending to care about the bronze medal match next week) will always have an asterisk next to it.

His decision to leave breakdown specialist Sam Cane on the bench and start with lock Scott Barrett at flank backfired.

England bossed the breakdown and won three penalties alone through the brilliant back-row trio of Sam Underhill and Tom Curry, and later with Mark Wilson creating havoc. In all, England forced 15 turnovers.

Despite two tries being legitimately overruled as well, England never lost composure or belief even though the scoreboard didn’t always reflect their dominance.

The All Blacks of this era have never been ruffled even when they are behind. But on Saturday in the face of relentless pressure, they wilted.

England lock Maro Itoje was magnificent, making yards in contact, smashing back ball carriers and stopping mauls. But the other 14 were not far behind. Collectively it was the best performance by an England team since 2003, when they won the World Cup.

If Itoje was the touch paper, captain Farrell was the heartbeat of the team. He played the bulk of the match with a dead leg and somehow was still making tackles and piercing passes late in the game.

Farrell had to hand over the kicking duties to Ford early on, with the latter landing a penalty on the stroke of halftime to give England a 10-0 lead. Considering their overall dominance it was the very least they deserved.

Farrell’s fitness will be a concern in the coming week but other than that England coach Eddie Jones appears to have few worries. They will also have an extra day to prepare for their first final in 12 years and fourth overall.

After their initial onslaught, England gradually edged back towards their percentage game by keeping New Zealand in poor areas of the field and using their ruthless defence to suffocate the All Blacks.

The modern trend is for teams that kick more to win tight matches, as this contest was no different.

The All Blacks carried the ball for 620 metres and eventually met a white wall of unmoving resistance. England only made 392 metres with the ball in hand, most of those in the opening quarter when they lured the All Blacks into hand-to-hand combat.

But ultimately Ford, Farrell and Youngs steered England around the field with the boot, kicking 37 times for 882 metres.

In the second half that territorial battle paid dividends as Ford slotted three penalties from NZ infringements, to tighten the noose.

At 13-0 down the All Blacks had a lifeline thrown to them when England, for once, botched a lineout five metres from their tryline. All Black flank Ardie Savea gratefully collected hooker Jamie George’s overthrown ball and surged unopposed to the line.

With 23 minutes to play and six points in it, it felt like this was the moment the old All Blacks would re-emerge, full of swagger and derring-do to steal victory in the final quarter as they have done so many times before.

But their star players were unable to weave their magic as England’s composure matched their tactical savvy.

Beauden Barrett ran up blind alleys and Kieran Read and Sam Whitelock increasingly looked like the ageing warriors they are.

By the end, after two more Ford penalties, New Zealand were a ragged collection of 15 individuals.

Gone was the purring, menacing black machine of the past decade, as their remarkable era of dominance ended, not with a bang, but with a whimper. DM