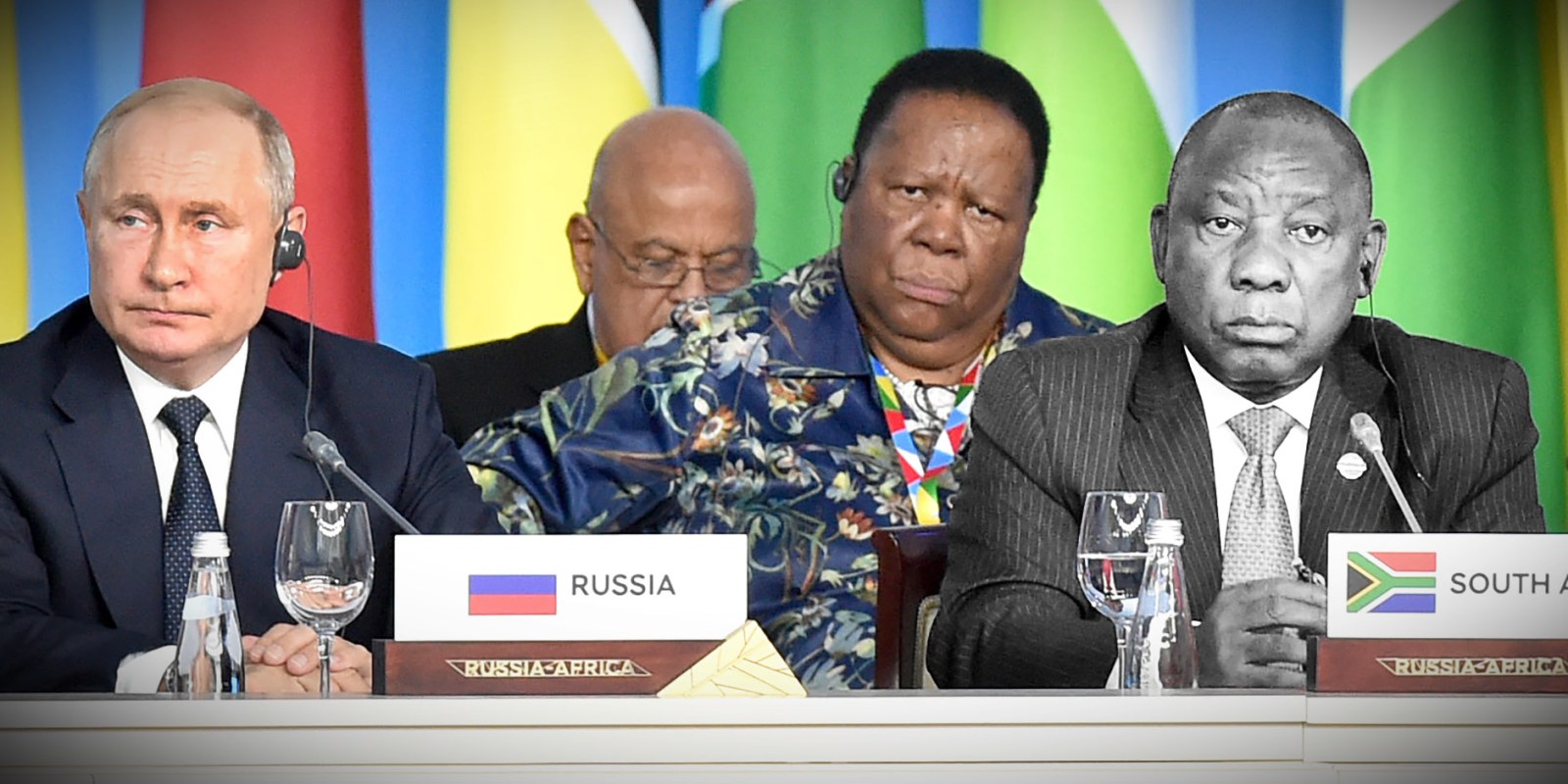 “Where are they?” President Cyril Ramaphosa asked with faux eagerness when asked how the government’s attempt to extradite the notorious Gupta brothers was going. He was briefing journalists in Sochi, Russia, at the end of the first Russia-Africa summit on Thursday. But wherever they are, the wheels of justice are slowly turning to bring them home to face the music.

Ramaphosa was asked if he could update South Africans about the government’s efforts to bring the fugitive Guptas back to South Africa to face possible charges arising out of the Zondo inquiry into State Capture, for instance.

In particular, he was asked about the government’s reported attempts to secure extradition agreements with seven countries.

Ramaphosa said that Minister of Justice Ronald Lamola was in ongoing talks with a number of countries.

“I’ve left it to him.” Lamola was updating him and the Cabinet, Ramaphosa said.

“These things tend to take time. People sometimes get impatient, but the law has its own way of running very slowly and we must allow it.”

On Rwanda, Ramaphosa said he had met President Paul Kagame on the margins of the summit and had once again looked at how to advance relations between the two countries.

Relations remain below par because of assassinations or attempted assassinations of Kagame’s political foes in South Africa and his claims that they are plotting to overthrow him violently.

After the murder of Kagame’s former intelligence chief Patrick Karegeya in Johannesburg in 2013 and the third or fourth attempt on the life of Kagame’s former army chief of staff Faustin Kayumba Nyamwasa in early 2014, South Africa expelled several Rwandan diplomats. Kigali reciprocated with interest.

Relations have remained chilly since, with both countries maintaining only skeleton embassies in each other’s capitals.

Ramaphosa said the foreign ministers of both countries were dealing with the issue and would normalise relations.

“We have good relations at heads of state level and also very warm relations at ministerial level. So those will advance towards normalising embassy relations and mutual visit relations by tourists, or people who want to come for educational purposes, visas and all that.

“I’m least concerned about it now because we have set a really good foundation for the relations to be normalised.”

Ramaphosa insisted that the effort to normalise relations was not being complicated by the request which Pretoria recently sent to Rwanda for the extradition of two of Karegeya’s suspected killers, who are Rwandan nationals police believe murdered Karegeya on orders from the Rwandan government.

“That will be dealt with by normal legal processes,” Ramaphosa said.

Ramaphosa also met Mozambican President Filipe Nyusi. He said he had not discussed with him the dispute about where to extradite former Mozambican finance minister Manuel Chang.

Chang has been held in a South African cell since being arrested at OR Tambo International Airport in December 2018, in transit to Dubai.

He was arrested on an international arrest warrant requested by the US government which has charged him on several counts of bribery related to a massive shipping loan scam five years ago.

Previous South African justice minister Michael Masutha announced that Chang would be extradited to Mozambique, supposedly to be indicted for the same scam. But Lamola and a Mozambican NGO advocating for an honest government have challenged Masutha’s decision in the Johannesburg High Court, on the main grounds that Chang still enjoyed immunity from prosecution in Mozambique when Masutha decided to send him to his home country and so might not face justice there.

Ramaphosa said although Nyusi had not brought up Chang in their meeting this week, it had come up in the past

“And we left it to the legal and technical level. It’s being dealt with in terms of the court process. So that too was not an issue.”

Ramaphosa also indicated that the government would proceed to implement the ANC’s December 2017 decision to downgrade relations with Israel.

“Once the governing party had decided that it should be lowered to a lower level, that is in process,” Ramaphosa said.

“But at the same time, we as South Africa are always open to playing a role. We are all ready to play that role to bring [together] the parties in that theatre of the world to see how best problems can be resolved.

“Interestingly, it’s almost like a number of people believe South Africa can play [a role], particularly given our own history of having resolved what the world thought was an intractable problem of apartheid.

“So this too is seen as a problem where we could make an intervention,” he said.

“So while we have to comply with what we’ve announced, at the same time we’ve made it clear that we are prepared and ready and willing to play a role.” DM