Is Dali Mpofu set to take on Julius Malema for party leader post? 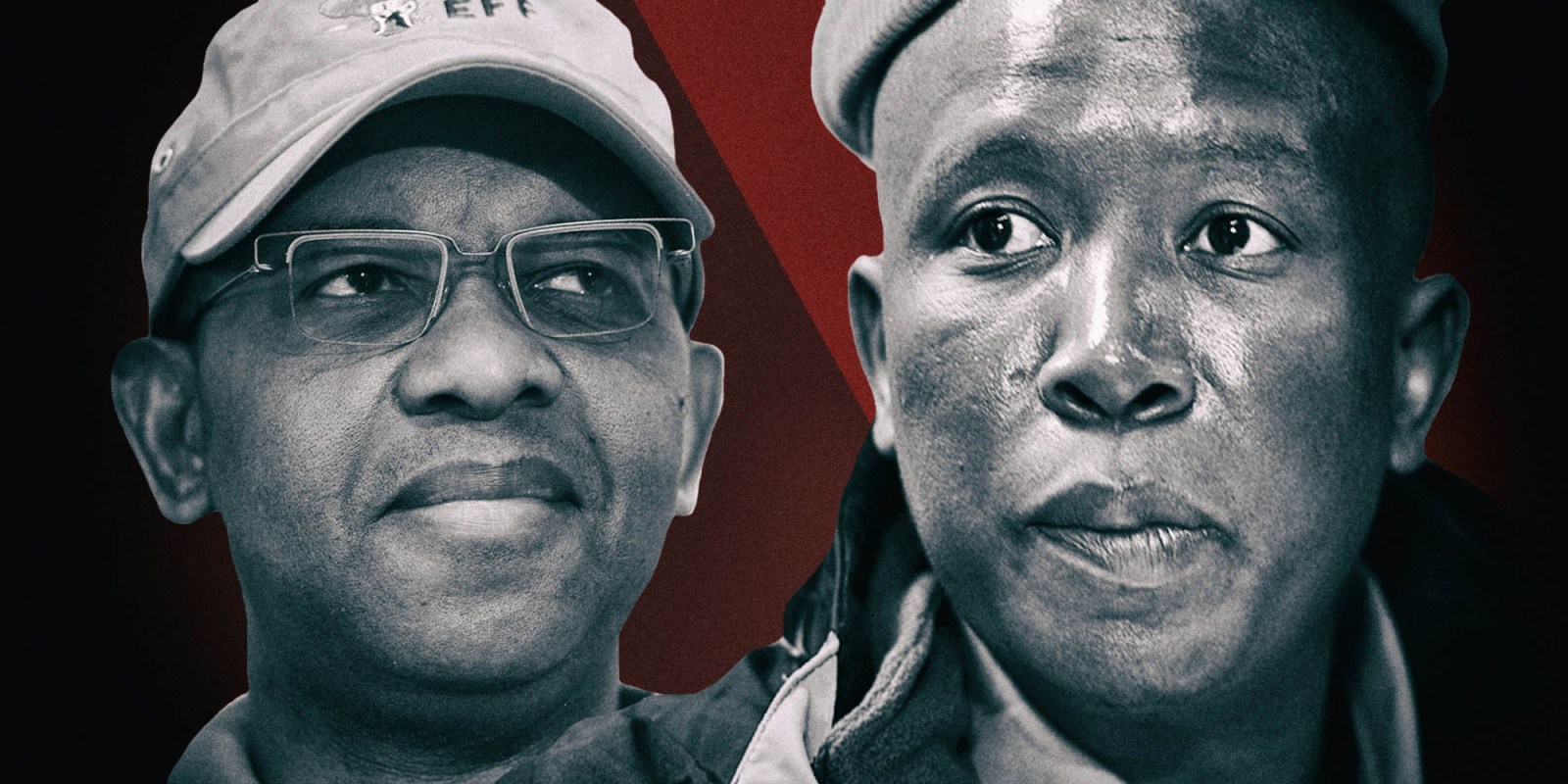 Or is it a case of ‘Juju is the EFF and the EFF is Juju’ at the top, as one analyst put it to Daily Maverick? Contestation is a good thing, say EFF members.

Ultimately, the EFF elective conference set for mid-December is decided on the floor because no nominations or declarations are allowed by the party until delegates get to the Nasrec exhibition centre in Johannesburg where the party will hold its second congress.

But it’s also no secret that national chairperson Dali Mpofu has been mulling over contesting the top job – party leader Julius Malema has said so. In the past week, political pot-shots have been fired at Mpofu suggesting a challenger candidate will go up against him for the role he currently holds – national chairperson. On Thursday, City Press reported that Veronica Mente of Mpumalanga may be nominated as national chairperson because Mpofu is too busy.

Previously, the Sunday Times also reported that secretary-general Godrich Gardee may be challenged for the role of secretary-general by EFF MP Marshall Dlamini, who is facing criminal charges for attacking a house security officer at the opening of Parliament this year.

EFF goes to the vote

Only six years old, the EFF has been a fire-starter of a political party: its first conference had a start-up crew of 1,000 members in 2013. By this year’s national election in May, it won 1.88-million votes (or just over 10% of votes cast) and upped its parliamentary caucus from 25 to 44 members.

Party election fever is heating up and there is a view within the organisation that contestation even for the top political jobs is a good thing, to prevent the conference from being a coronation rather than an election. All the province’s provincial conferences saw contests for the elective roles while there was a significant contest at the regional level too.

Even if his role is contested, it’s unlikely Malema will be toppled; he is wildly popular within and outside the party but some feel a challenge is a good thing.

On Sunday, 20 October, Sunday World reported that both Mpofu and Gardee were to be challenged and the City Press followed with the same story a few days later. But Mpofu may still be considering a run or he could decide not to make himself available as national chairperson, Daily Maverick has learnt.

At 57 years old, and with a vibrant practice as a senior advocate (or silk), Mpofu is also said to be finding the black cape and the red beret a tough balance.

As national chairperson, he has many party responsibilities. But, Mpofu is also a politician at heart and he has been part of the team which has sculpted the EFF identity and growth. He quit the ANC in one of its more high-profile defections to join the EFF when it was a start-up. Whether he is available for another stint as chairperson or whether he takes a run at the top job will only be determined in December, but it is not stopping the rumour mill.

As it matures, the EFF is subject to the same growing pains as the ANC and the DA, whose internal politics are often leaked in the media. While the two larger political parties play out their divisions on social media, the EFF has always been careful to present a united front, so this week’s coverage is unusual.

As with the DA, the end of the kleptocratic era of former president Jacob Zuma has not served the EFF well. With no clear mission or focus for their opposition politics in a reformist era for the DA, the EFF is struggling to find a clear raison d’etre. Back in 2015 and 2016, it enjoyed what some believe to be a high point. That was when the party took the Nkandla case to the Constitutional Court to determine the powers of the Public Protector’s findings on the spending on the former head of state’s personal home. It secured one of the most ringing judgments against graft delivered by Chief Justice Mogoeng Mogoeng. That gave rise to the campaign of “Pay back the money”, regarded as the most successful of the party’s many campaigns.

Now the EFF is in choppier waters: it has aligned with the political fightback against President Cyril Ramaphosa; the two top leaders, Malema and deputy president Floyd Shivambu are embroiled in slush fund scandals and it picks fights on many fronts, notably with any reforms that Public Enterprises Minister Pravin Gordhan attempts to undertake.

“I don’t think there will be a contest against (party president) Julius (Malema. This is because Julius is the EFF and the EFF is Julius. The EFF brand is still growing and, internally, it’s seen as his baby. Even if one branch nominates a candidate (to challenge) Malema, they’re unlikely, regardless of who they are, to garner sufficient votes,” says Sunday World editor Makhudu Sefara whose title first broke the story of a leadership contest in the EFF.

He adds: “There will, however, be contestation for the position of national chairperson. It is important for those who do not agree with the leadership of the EFF about who should be in the top posts to be allowed space to exercise this right. This is crucial in itself as a democratic act, but also for brand EFF to come across not just as a monolithic structure that does as the leader decrees. This veneer of contestation is the oxygen the party needs in its formative stage.” DM