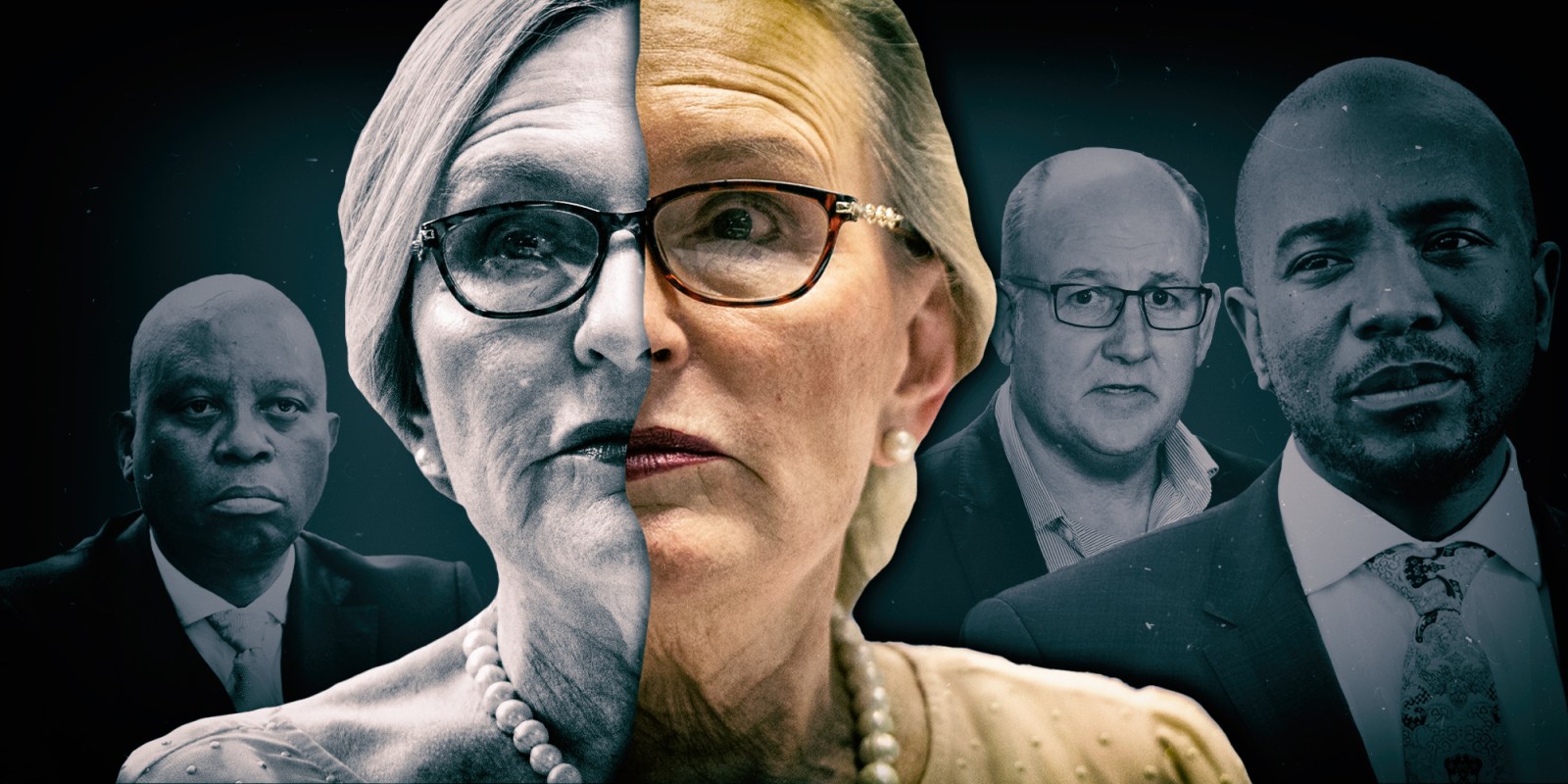 He thought his horse could become a consul. Silly Caligula. The legend of the Roman emperor stands out as one of the infamous case studies of leadership folly. This week, we saw another example of such folly. In South Africa, nogal.

“History repeats itself, first as tragedy, second as a farce,” in true Marx fashion.

Helen Zille may well have perfected the art of demonstrating the art of leadership folly, and doing it again.

Zille engineered both Mmusi Maimane’s rise and his demise. In 2011, she introduced to the political world a man who could not distribute flyers in door-to-door campaigns. But, in no time, the Liverpool supporter dropped his replica T-shirts for power suits, ready for any role in the Democratic Alliance (DA) or/and South Africa’s legislatures.

The Iron Lady of South African politics was ruthless as she rammed him down her DA colleagues’ throats. When Lindiwe Mazibuko, a thirty-something University of Cape Town graduate became her own woman, Zille simply swapped her for Maimane as a potential successor. He was – seemingly – the perfect substitute.

That Maimane became the DA’s ultimate leader was itself a struggle with the force of Zille.

The DA realised Zille was no longer the sharp Helen who could run the party like clockwork. She had become all about being right. It was the Zille way or Harvard.

Nicodemusly, they persuaded her to let go. It was a bloodless coup, as no daggers had to pierce the skin on her back. It was win-win, as Zille’s anointed successor was ready. She simply pushed him over the line.

What was missing was the Mazibuko question. If Helen fell out with Lindiwe, whom she had groomed to take over from her, why would she not fall out with Mmusi, over the same grounds, whatever they were?

That did not matter, because she was convinced of the correctness of her ways.

“The DA will govern South Africa one day,” she said as she stepped down from the giant stage from where she had just unveiled Maimane as DA leader.

This is the woman who could have been South Africa’s Angela Merkel: ruthless yet pragmatic, well, up to a point.

Zille pushed herself to the throne of the DA through sheer pragmatism. As she swapped the mayoral chains in Cape Town to be Western Cape premier, the DA grew into a modern opposition that boasted support in both Mtubatuba in the back of KwaZulu-Natal’s beyond, to Sea Point, where the dweller overlooks FW de Klerk’s Fresnaye home. She used statistics to diss the assertion that hers was just a black party.

She had more than a million new voters, some from predominantly black areas. She had youth in the likes of Maimane and Mazibuko. She had liberation credentials of her own and the DA’s own as an English, liberal party built by the likes of Athol Trollip’s father during the PFP days. It was the party of Helen Suzman. Most importantly, it was the antithesis of Jacob Zuma, the man who embodied anti-logic, anti-reason, anti-commonsense politics.

In 2019, Helen decides only she can steer the party back so it can reclaim the glory of her own days. Not Dianne. Not Judy. Not Sipho. Not anyone else. It had to be Helen.

The result is exactly what she wanted, but perhaps in a freefall she did not expect. Because the Helen of reason is gone. Her reincarnation as the party’s Number Two emasculated Maimane.

It would have turned him back into the thirty-something who did not know how to distribute pamphlets in Soweto in 2011. He went around on a door-to-door campaign, not sure whether to open the gate or just hand over the pamphlet.

Maimane himself is no political hero. Criticism from the DA suggests he is “conflict-averse”. That says a lot, if true. Politics is by nature about both the creation and management of conflict.

But when did they realise this? When he dug his own grave over a couple of years by pandering to the DA establishment and spoke both hollowly and eloquently about fighting the economic establishment and its attendant racism? That, I guess, is a topic of its own.

This is not a great moment for the DA or South Africa, when looked at shallowly. Or it’s the perfect opportunity to realign South African politics, ironically Zille’s pet subject.

South Africa has been gifted with an opportunity to consider an opposition force of the future. One that is not encumbered by narrow interest. This, as the Zille Train courses through the Karoo and into the hinterland of South Africa, carrying a message of narrow interest.

Never before has a lobby group been successful in politics.

This Zille feat effectively hijacks a party with just about a quarter of the seats in Parliament and turns it into a study group concerned with the “liberal order”. Why not write an academic book instead if this is so important?

The consequences will be swift, potentially. Goodbye Johannesburg. Pretoria too. Port Elizabeth, well, is dealing with pains of its own. Its million or so residents are in the grip of a man who probably broke away from the asylum by telling the guards he was an important patient: the mayor of a whole metropolitan municipality bearing Nelson Mandela’s name. Thing is, he was not wrong. His actions raise questions about his state of mind. Every day, every tweet.

Zille is no Mongameli Bobani but…

With every word and deed, Zille is chiselling away at all the work that could one day be seen as great. And the sad thing is she may not even succeed in her action. Caligula’s attempts to install his horse Incitatus as a consul were stopped. What remains is an account of his foolishness. Pity that does not help anyone, as the lessons were not learnt by the Jacobs and the Helens. Jacob the Great thought a 1.6m-tall nonentity had the stature to run a R1-trillion budget. And Zille thinks the now empty chair of federal leader can swivel around on its own and produce great things.

Give it a bit more than Des van Rooyen’s four days. Soon enough, the political market will get tired of the gobsmackingly crazy circus. Why could Jacob the Great live long enough so the joke could be on his party and not ours, they will ask.

Meanwhile, one man is smiling at this. That is the “conflict-averse” man, who does very little politicking besides telling tales of a dawn that broke while everybody else could only see darkness. DM