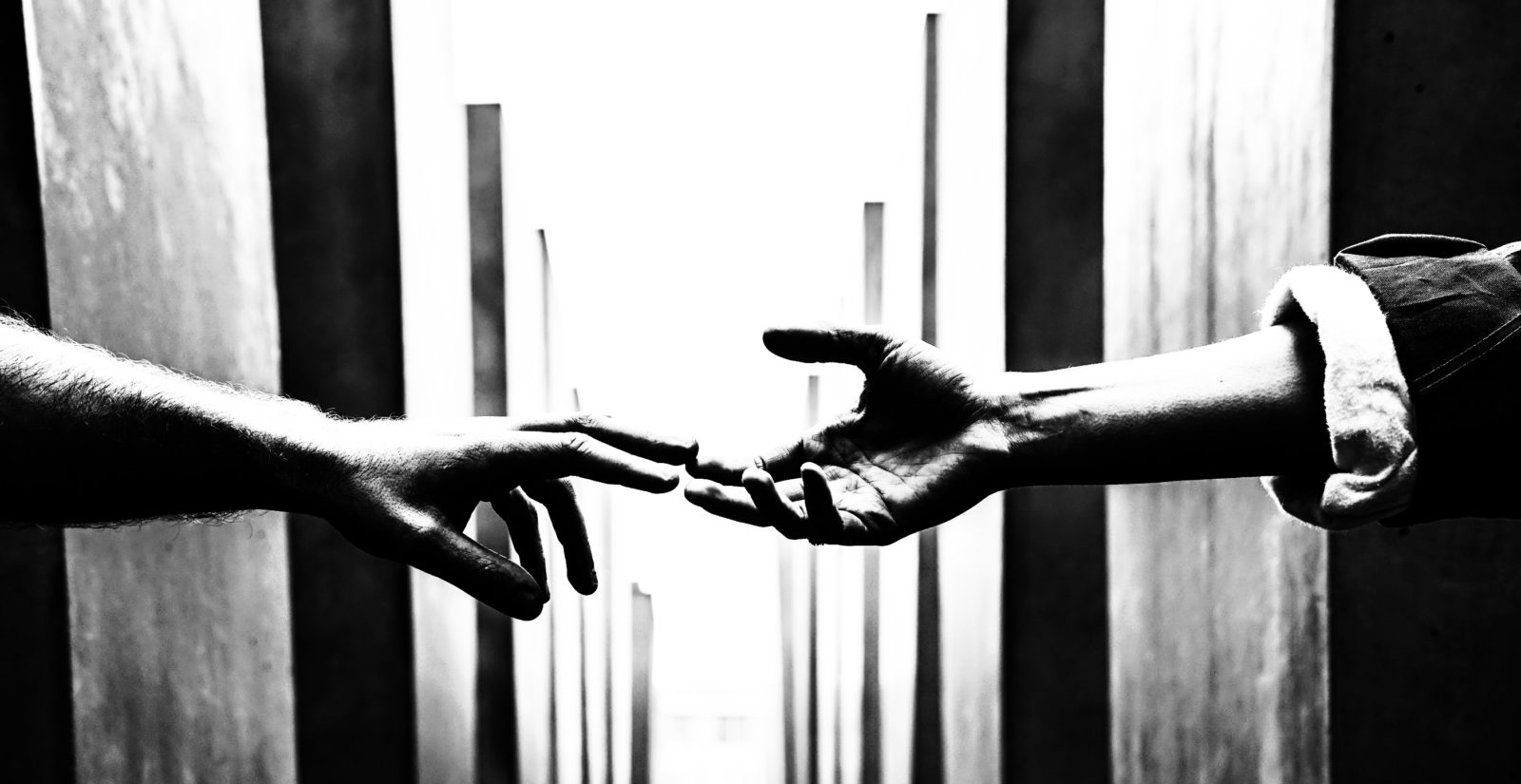 There are a couple of reports on the ease of doing business and the investment potential of sub-Saharan countries doing the rounds, and South Africa is losing ground in all of them. The country is a notoriously tricky place to conduct trade — and reform has been lagging at best. The country still has a lot going for it, but it needs to better capitalise on this before it is too late.

South Africa has slipped again on the World Bank’s influential Ease of Doing Business report released on 23 October 2019 despite President Cyril Ramaphosa encouraging his Cabinet colleagues to pull out all the stops to improve the country’s ranking in global business competitiveness measures.

South Africa dropped to 84th out of 190 economies in the report, slipping two places. SA held its rank in 2018 from the previous year, but it has plummeted over the past decade. In 2008, SA stood at 32nd on the list — its best ranking.

Now, it’s at its lowest ranking yet. The report says South Africa implemented one single reform in 2019 and only four in the past five years. 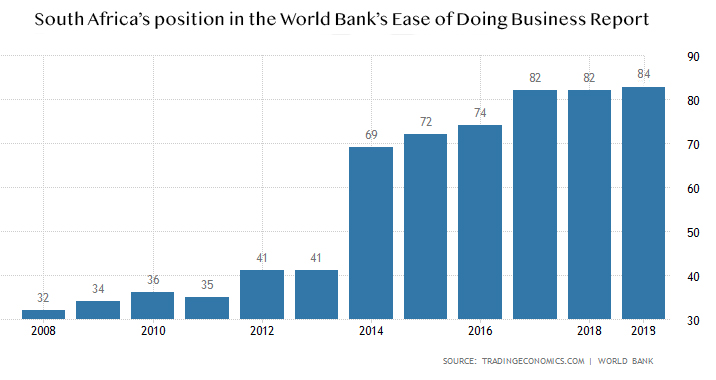 From a continental point of view, things are looking up, but very marginally. Economies in sub-Saharan Africa continued to improve their business climates, with the region’s largest economy, Nigeria, earning a place among the year’s top global improvers alongside Togo, according to the study.

But the World Bank says economic growth in sub-Saharan Africa should significantly outpace the global average over the next three years, with an increase in investment likely to boost the continent’s growth to more than 5%.

Compared with other parts of the world, according to the report, sub-Saharan Africa still underperforms in several areas. In obtaining electricity, for example, businesses must pay more than 3,100% of income per capita to connect to the grid, compared with just above 400% in the Middle East and North Africa or 272% in Europe and Central Asia.

When it comes to trading across borders and paying taxes, businesses spend about 96 hours to comply with documentary requirements to import, versus 3.4 hours in OECD high-income economies. Small and medium-sized businesses in their second year of operation need to pay taxes more than 36 times a year, compared with an average of 23 times globally.

South Africa faces very similar constraints. But that being said, the country remains in the World Bank’s top five, with Mauritius, Rwanda, Botswana and the Seychelles.

But the tropical island of Mauritius is putting everyone else to shame, and for the 11th year in a row it is ranked as the place where doing business is an absolute breeze.

Mauritius (13) is the highest-ranking sub-Saharan African economy overall. It is also the only economy from this region in the top 20 cohort.

The country boasts well-developed infrastructure, the continent’s healthiest and well-educated workforce, the most efficient goods market and strong institutions, the World Bank says.

And it keeps on improving: “In fact, it is one of the best performers since our previous edition,” the World Bank says in its accompanying press release.

According to the recently released Rand Merchant Bank (RMB) report, “Where to Invest in Africa 2020”, Guinea, Mozambique and Djibouti recorded the strongest gains in the rankings, with notable advancements in their operating environments.

“After nine years of publishing, we never fail to be both pleased and surprised by the extent of improvement in countries that are not necessarily perceived as strong investment destinations.”, says co-author and head of RMB Global Markets Research, Nema Ramkhelawan-Bhana.

The rankings are as instructive on the downside, identifying countries that have either stagnated or outright deteriorated. South Africa, Ethiopia and Tanzania are among the more prominent countries to have taken a tumble.

“A deterioration in the ease of doing business has contributed to their relative underperformance and, in addition, South Africa is enduring a cyclical downturn,” the report says.

Egypt kept the top spot as the most attractive economy on the continent, with Morocco displacing South Africa in the rankings, rising to second place.

“With many countries facing severe liquidity constraints, South Africa’s financial markets and the level of financial inclusion are still a cut above the rest.”

Probably the most well-known report of them all is the World Economic Forum Global Competitiveness Report. The 2019 edition covers 141 economies, accounting for 99% of the world’s GDP — and finds that, a decade since the global financial crisis, most economies are still stuck in a cycle of low productivity growth.

It shows that South Africa is getting better, but not shooting the lights out yet. At the beginning of October, the WEF Global Competitiveness Index, which indicates South Africa’s overall ranking, improved its position from 67th out of 140 nations in 2018, to 60th out 141 nations in 2019.

Dogs learn how to control the strength of their bites as puppies. This is because biting too hard interrupts playtime.