Niger in the hot seat at the UN Security Council 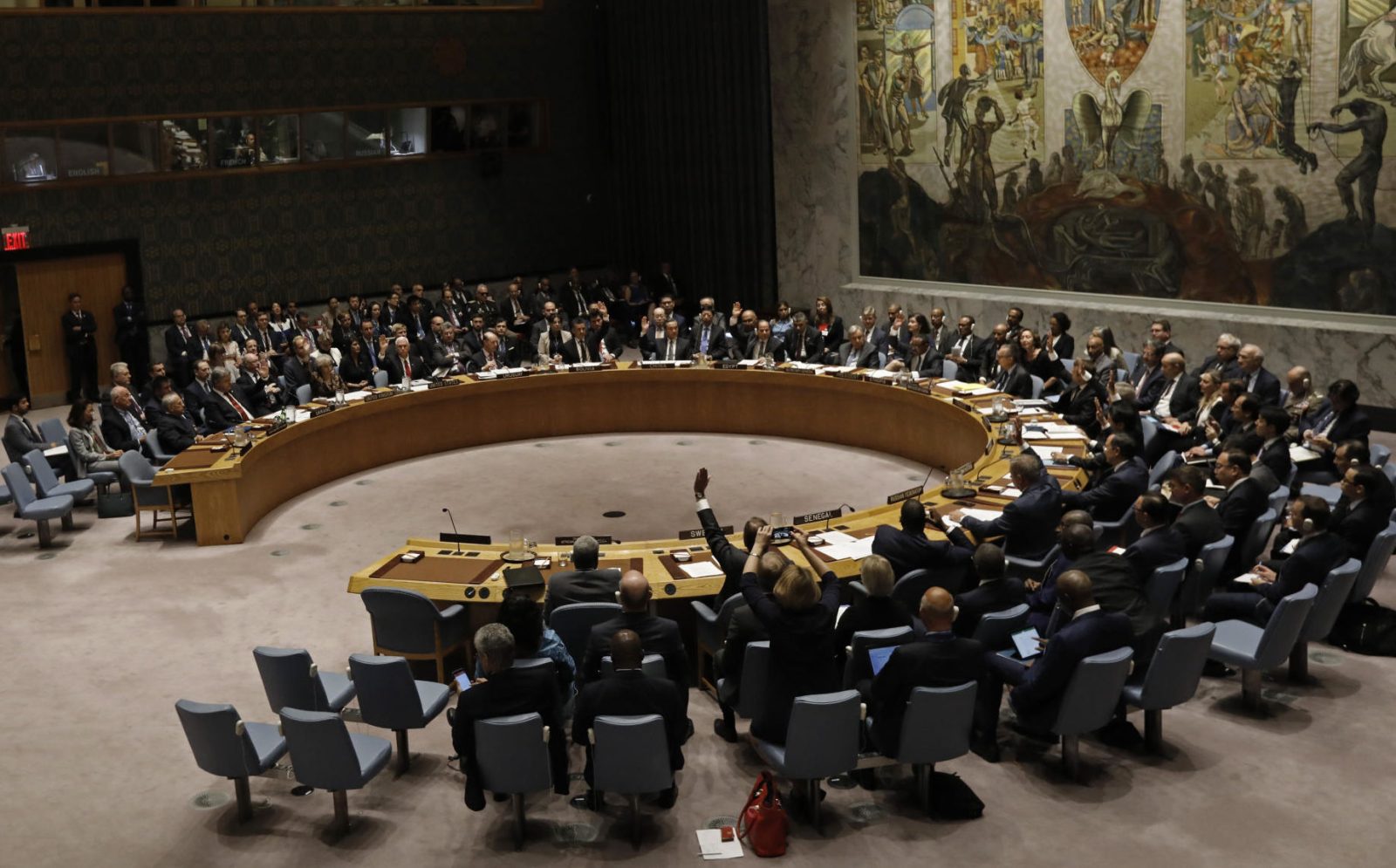 A meeting of the Security Council on peacekeeping operations, during the 2nd day of the General Debate of the 72nd United Nations General Assembly at at UN headquarters in New York, New York, USA, 20 September 2017. EPA-EFE/PETER FOLEY

With its key geo-strategic position, Niger can use its term to help stabilise the Sahel. By Aïssa Ibrahim

Niger will serve on the United Nations (UN) Security Council from January 2020 for a two-year term as a non-permanent member, alongside two other African countries – South Africa and Tunisia. Niger is perceived by international actors as a strategic partner and a key state in the stabilisation of the Sahel region. The country will take its seat with strong legitimacy, having been elected by 191 out of 193 votes in June.

Niger is located in the Sahelo-Saharan strip, at the crossroads of several areas of instability. To the north, it has borne the brunt of Libya’s crisis since 2011. To the west, in the Liptako-Gourma region, and in the south-east, in the Diffa region along Lake Chad, it is frequently under attack by violent extremist groups.

Its entry on to the Security Council comes at a time of major insecurity in the Sahel. Attacks linked to violent extremist groups have intensified, the terror threat has expanded to coastal West African countries, and there has been a flare-up of local conflicts. In addition, humanitarian crises related to extremist violence, climate change and various types of trafficking undermine human security at the regional level.

Niger’s membership to several sub-regional organisations provides an opportunity to connect different decision-making bodies. The country is a member of the Authority for the Integrated Development of the Liptako-Gourma region, the Lake Chad Basin Commission, the Conseil de l’Entente, the Community of Sahel-Saharan States and the G5 Sahel.

Its term on the Security Council begins while it holds the presidency of the Economic Community of West African States. Niger also holds the key positions of Permanent Secretary of the G5 Sahel and Commander of the Joint G5 Sahel Force. In 2018 the country ranked 19th among peacekeeping operations troop-contributing countries. This multi-dimensional engagement enables Niger to contribute to stability in the Sahel by capitalising on existing regional and continental mechanisms.

To effectively carry out its Security Council mandate, while fulfilling its various multilateral engagements, Niger needs to deploy the right human resources where they are most needed. In particular, ensuring proper staffing at the Permanent Mission to the UN in New York will be key. Relying on non-governmental expertise from civil society, think tanks and academics on thematic issues could also be useful.

Niger’s roadmap during its membership will receive strong attention from its partners. The country must make strategic choices by focusing on priority issues where it can have impact, and setting clear and realistic objectives.

To help resolve the Libyan crisis, Niger could advocate at the Security Council for the effective implementation of the arms embargo and the creation of the necessary conditions for transparent elections. This is essential to restoring a legitimate government and achieving peace in Libya. This plea could be made together with Tunisia – Niger’s ally on the Libyan issue.

The financing of the G5 Sahel Joint Force, which has France’s support, is a vital yet controversial issue due to the deteriorating security situation in Liptako-Gourma and the force’s setbacks on the ground. Niger’s advocacy should focus on the importance of sustainably financing African operations, which remains a real challenge. Recent attempts to fund such operations through UN-assessed contributions have been vetoed by the United States and the United Kingdom.

Regarding the stabilisation of Mali and the Liptako-Gourma region, Niger has contributed to the United Nations Multidimensional Integrated Stabilisation Mission in Mali and participated in the peace agreement’s monitoring committee. It should continue to advocate for greater effectiveness of existing security arrangements by emphasising their complementarity and comparative advantages.

Niger’s presence on the UN Security Council is also an opportunity to raise awareness among key actors of the five permanent members, including the UK, Russia and China, of the need to strengthen their involvement in the Sahel.

The implementation of the Lake Chad Basin Commission’s regional strategy is one of the conditions for stabilising the region. It aims to support a transition from a military solution to the crisis, to addressing the root causes of insecurity. Niger could use its position as a member of the Security Council to advocate for programmes that support the area’s development priorities.

Niger should also play an important role in following up certain African issues on the council agenda, such as the crisis in Guinea-Bissau. It could for example advocate for increased UN support in the fight against drug trafficking. This problem threatens not only the stability of Guinea-Bissau but that of the entire region, as the United Nations Integrated Peacebuilding Office in Guinea-Bissau is due to withdraw from the country in December 2020.

The year 2020 will be a sensitive one for the country. On 27 December 2020 Niger will hold its next presidential and legislative elections, which after recent disputes over the electoral code, could raise tensions. The organisation and outcomes of these polls could have a significant impact on Niger’s action on the Security Council. DM

Aïssa Ibrahim is a Junior Fellow, ISS Regional Office for West Africa, the Sahel and the Lake Chad Basin