Kolbe blow for Boks but Rassie has a plan 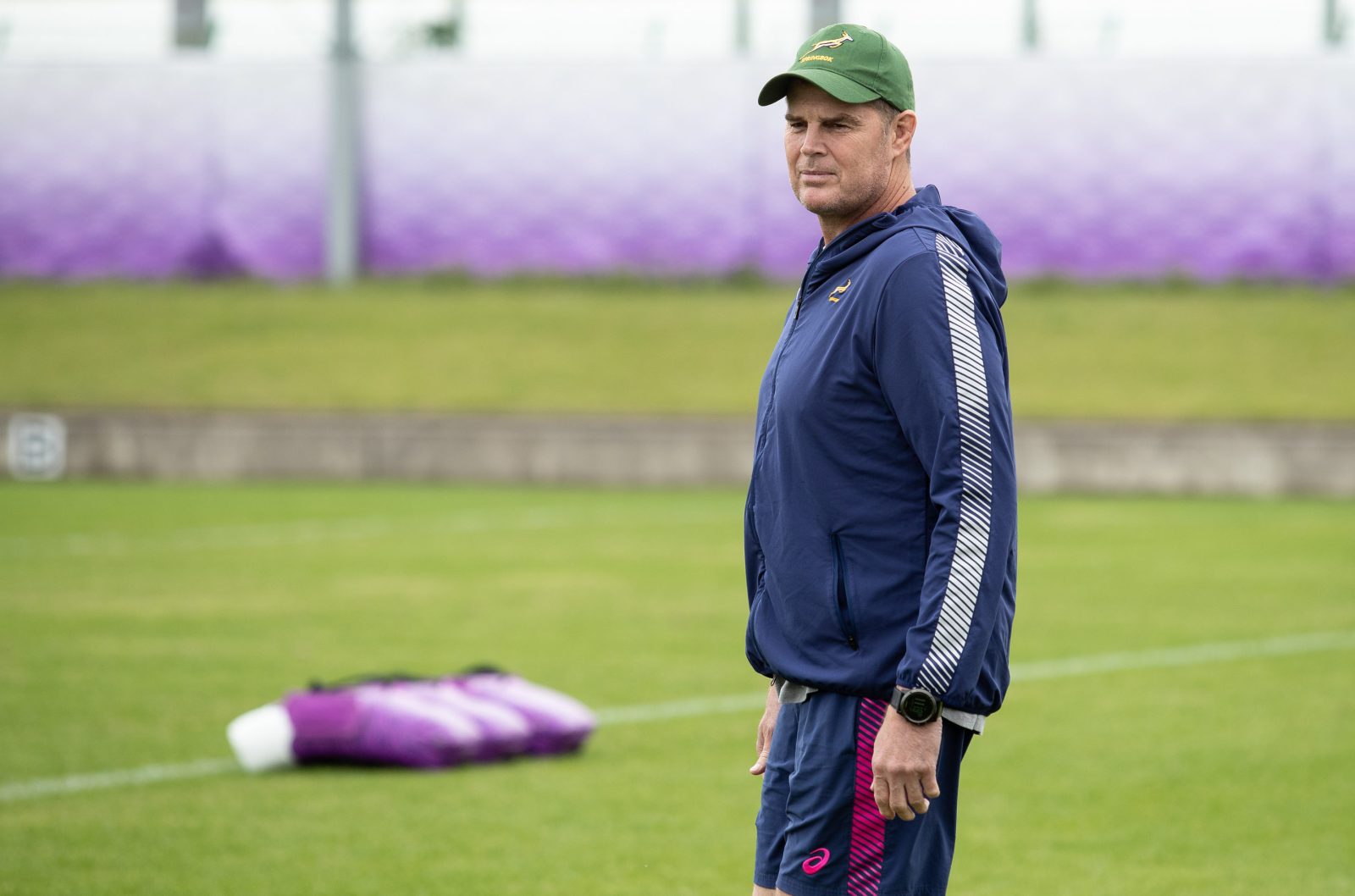 The most relieved man in Japan must be Wales defence coach Shaun Edwards after the news broke that slippery Springbok wing Cheslin Kolbe had been ruled out of the Rugby World Cup 2019 semi-final through injury.

Kolbe aggravated a calf muscle injury, picked up against Italy in Pool play, during last week’s 26-3 quarterfinal victory over hosts Japan. Sbu Nkosi has been called in to replace the livewire Kolbe in what is without question a blow for the Boks.

While the change will mean more time studying Nkosi footage for Edwards, it’s a ‘problem’ he’d happily have signed up for before Sunday’s clash in Yokohama.

Earlier this week Edwards, who has plotted several Bok downfalls over the past decade as Wales and British & Irish Lions defensive strategist, compared Kolbe to former England great Jason Robinson.

“If you want to watch a game of rugby, you want to go and watch Cheslin Kolbe,” Edwards said. “We’ll have to keep an eye on him.

“Kolbe is one of the most dynamic players I’ve ever seen. I was lucky enough to play with Jason Robinson for many years. I was his captain at Wigan [in Rugby League] when he first came into the team there.

“Kolbe is a similar player to Jason, incredibly explosive, short and defies [the assumption that] you have to be big to play the game of rugby.”

The Springboks will have to tweak their strategy for the match because Kolbe is not only a factor on attack, but a massive part of their game without the ball.

Nkosi is a fine player, but Kolbe has given the Boks an attacking and defensive dimension that is impossible to replicate, given the lightness of his feet, his agility and vision. Kolbe’s ability to climb high and claim contestable kicks is a massive attribute.

Nkosi brings more power but whether he has the stamina to relentlessly chase box kicks and contest, given his heavier frame, is questionable.

The 97kg Nkosi will expend more energy powering up and down touchlines than Kolbe, who weighs just 74kg. Kolbe’s power to weight ratio gives him much greater endurance.

Coach Rassie Erasmus stayed with his tactic of six forwards on the bench and only two backline players among the reserves. Instinctively it feels like a mistake because of the physiological differences between Kolbe and Nkosi, but as ever, Erasmus has made a calculated decision.

It’s a sign that the Bok coach believes that this contest will come down to edging the forwards battle for the full 80 minutes and possibly in extra time too. And also it is with a view to a six-day turnaround to a potential final.

“We’ve gone with a 6-2 split because it really spreads the load and helps the tight five to conserve energy,” Erasmus said.

“A lot of people think that it’s putting more pressure on your backline players but we’ve see with the GPS stats that the opposite is true. The forwards are taking the pressure off the backs.

‘The bench split will help if we manage to get to the final. There will be a six-day turnaround between the semi-final and final, and we have to consider managing the workload.

“I suppose it will also help if there is a short turnaround between the semi-final and third-place play-off [if the Boks lose to Wales].

“Everybody sees the benefit of this tactic with the mauling, scrumming and physicality at the gainline, but we see it as having the opportunity to have a fresh tight five on the field for 80 minutes.

“On defence it helps you to close up holes, which will help in a challenge against a well-organised and experienced Wales backline. They know how to exploit you when they are in your half. Having those extra six forwards will really lift our defensive system.”

There is very little splitting the teams as Wales also have a powerful pack centred on dominant set pieces. The point of different, as Erasmus noted, might be that the Boks have better forward reserves to call on.

Considering that the forward’s battle is likely to be tight, the Bok backline might be its trump card. With the exception of Kolbe and to a lesser extent inside centre Damian de Allende, none of the Bok backs have been consistently at the top of their game throughout the season, not just at RWC 2019.

Last week scrumhalf Faf de Klerk finally hit some form against Japan while Lukhanyo Am was also prominent. But flyhalf Handré Pollard continues to oscillate between mediocre and excellent.

He certainly hasn’t been abject and in each game he has shown some world-class touches such as his splitting pass that set up Makazole Mapimpi for his second try against Japan, or his drop-goal against the All Blacks in the opening match of the campaign.

But there is a sense that Pollard needs to take complete control and bend the match to his will in the best Daniel Carter/Jonny Wilkinson traditions.

The 25-year-old has been a Test player for five years and in that time he has shown that he has the temperament, skill and mental agility to define matches. He just doesn’t do it on a consistent enough basis, although all will be forgiven if Pollard can produce two career-defining performances in the next two weeks.

Le Roux is, without question, out of sorts and doesn’t look confident in any aspect of his play at the moment. De Klerk though, was going through the same jitters until last week and perhaps all Le Roux needs is one moment in a big game to find that missing piece that boosts his confidence. DM

Anyone want an airline? Mango will stay grounded until it finds private sector investors