Dying for Treatment: The struggle for affordable breast cancer medicines in South Africa 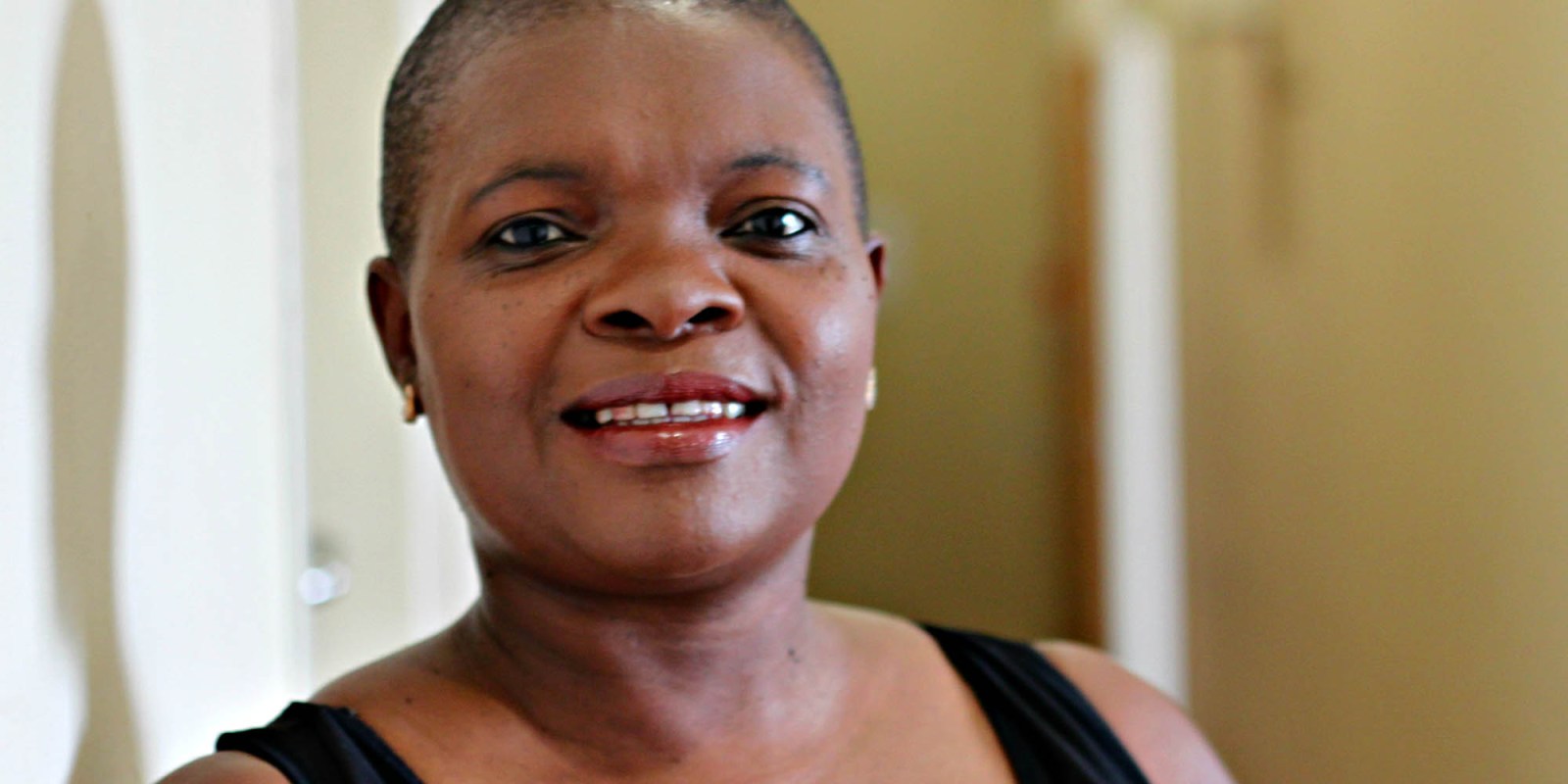 Across the world, October is marked as breast cancer month. It is an opportunity to create awareness, educate people and provide support for breast cancer survivors and those close to them. In South Africa, more than 10 dedicated breast cancer organisations do their bit. No other single cancer in South Africa has that dedicated focus, but one of the greatest obstacles facing women with breast cancer is the exorbitant cost of the essential medicines needed to save their lives.

October is breast cancer month. The focus on this particular cancer is fully warranted because it remains the leading cancer affecting women in South Africa and is the second-leading cause of cancer deaths after cervical cancer. According to the National Cancer Registry (NCR), one in 27 women will get breast cancer in their lifetime.

However, even this may not be the full picture. The NCR admits that it experiences underreporting due to factors such as the registry being pathology-based (that is, only based on the results of diagnostic laboratory tests) and many cancers go undiagnosed with women presenting so late that they cannot be saved. Submission of data to the NCR is also still paper-based (rather than electronic) and as a result, the private sector does not submit its data.

A breast cancer diagnosis is frightening for both women and men. Although the incidence of breast cancer in men is much lower (1 in 763) the publicity surrounding singer Beyonce’s father’s diagnosis recently raised awareness of this risk. The message remains that every person should know their body and their specific risks for cancer. So, the first important fact about most cancers is: the earlier a diagnosis, the better the treatment outcome.

Many justifiably ask, what happens after a diagnosis?

Sadly, where you live will determine when and if you get a cancer diagnosis and with that also the outcome of the disease – much like the inequalities for most of the diseases in South Africa.

In the private sector, most women are diagnosed early with breast cancer which means they have a much higher chance of being cured. In the public sector, by contrast, women are mainly diagnosed with late-stage disease, which is more challenging or at times too late to treat. Despite the existence of an excellent breast cancer policy approved in 2017, problems with access to early detection followed by appropriate referral pathways at community level are compounded by a lack of training of healthcare professionals. These factors all contribute to late diagnosis.

For many women being diagnosed with HER2+ breast cancer is even more scary.

HER2+ is a more aggressive cancer and is often associated with higher recurrence rates and higher mortality. HER2+ means that the human epidermal growth factor receptor is overexpressed in the breast tumour. In South Africa, there is evidence that indicates young black women may be more at risk. According to the research of Dr Herbert Cubash and his team at Chris Hani Baragwanath Academic Hospital, just over a quarter (26%) of women are diagnosed as HER2+.

The promise of lifesaving treatment?

In 1979, the pioneering cancer researcher Robert Weinberg identified the gene – now known as HER-2 – which is involved in multiple cancer pathways. At that time, Genentech was a fledgling biotechnology firm in south San Francisco. In his book HER-2: The Making of Herceptin, a Revolutionary Treatment for Breast Cancer Robert Bazell describes how this new “can do” company believed it could “carry out research of the highest quality and then turn the results into new drugs with a swiftness that the staid pharmaceutical companies could not match”. That was in 1977, 21 long years before eventual approval.

However, Bazell records how in late 1989, the mother of a senior Genentech vice-president was diagnosed with breast cancer. “Just like that, one man flipped the switch on HER-2” and convinced his colleagues that HER-2 was worth Genentech’s investment.

After this, with a combination of public grants, private funding and industry funding, the drug trastuzumab, more commonly known by its brand name Herceptin®, was developed. Herceptin is described as a lifesaving treatment and since 2015 has been listed on the World Health Organisations’ (WHO) Essential Medicines List for early and advanced breast cancer.

It was registered and patented in 1998 by Roche, the marketing arm of Genentech, and one of the largest and most profitable pharmaceutical companies globally. Under the current South African patent law these patents are valid until 2033.

However, simply because of these patents trastuzumab has remained unaffordable for most women diagnosed as HER2+. For many, the drug, which has to be taken for 12 months, was a whopping R23,562 per treatment dose or R424,116 for one year’s treatment of 18 cycles. This made it unaffordable in both the public and private sector.

Medical schemes at first denied access to this treatment. However, Samantha Galliet won her case against Discovery Health Medical Scheme which forced them to pay the cost of coverage for her treatment with Herceptin in 2006. Despite this many other medical schemes continue to refuse women access, based on affordability; many families were pushed into financial death as a result of paying the costs out of their own pockets. Herceptin was the second-highest driver of private sector expenditure in 2014 and 2015, reaping millions in profit.

Women in the public sector, however, have fewer choices. In 2011, the Northern Cape health department approved trastuzumab for women and thus started a trajectory of advocacy for equitable access for women that qualify clinically for treatment. This was made possible after Roche made available their clone drug (a clone is, in essence, an identical medicine made by the same company that manufactured the original biologic. This is a strategy to compete with other companies). Herclon® is sold to the public sector at a negotiated price of R10,596 per treatment dose, still considered unaffordable for government to consider as an essential medicine. Treatment of one patient would cost R190,242.

This inequity in access and exorbitant price for a lifesaving drug became the dedicated advocacy focus of a campaign by the Fix the Patent Law/Cancer Alliance from 2016. Tobeka Daki from East London, who had been denied access by her medical scheme, became the face behind an aggressive advocacy campaign locally and globally. She died two years after her diagnosis without seeing her two sons grow up and grandchildren playing at her feet.

The trastuzumab access campaign was renamed after Tobeka Daki.

In April 2017, then Minister of Health Dr Aaron Motsoaledi announced the approval of the Breast Cancer Policy, paving the way for trastuzumab to be added to the South African Essential Medicine List for the treatment of early breast cancer. An agreement between Roche and the National Department of Health now makes Herclon® available to women in the public sector at a “reduced” price of R117,568.98 for 18 cycles. However, this price is still considered unaffordable by the Western Cape Health Department who classify this as an unfunded mandate and argue that treating one woman with trastuzumab will be affecting many cancer patients who will have to go untreated.

However, Roche remains steadfast in refusing to make the clone version available for women in the private sector.

As a result of their profiteering from people’s desperate need for cancer treatment, they recorded a record of $88.2-billion accrued sales income in 2017 on trastuzumab alone. In countries such as India and South Africa, at this price, the cost of treatment is equivalent to 10 years of earnings.

Biosimilar is the term for large pharmaceutical molecules of a biological nature that are developed after, and based on, the original, innovative biological. They are therefore similar to but unlike generic drugs which are an exact copy.

With the main US base patent expiring in 2018, everyone was carefully watching the regulatory approval of biosimilars for trastuzumab globally and locally.

The South African Health Products Regulatory Authority (SAHPRA) approved a biosimilar produced by the drug company Mylan on 15 May 2019. This was good news for women diagnosed with HER2+ breast cancer. Not only does this mean there is now the possibility of a safe, quality and effective biosimilar product, it also hails the start of an era of competition in the market that will see more affordable prices for this medicine. The Mylan product Ogivri® is available at more than 35% less than the Herceptin® subcutaneous product. Since then Roche has also announced they will make Herclon® available to the private sector.

The Cancer Alliance is aware that another three companies have filed for trastuzumab biosimilar registration at SAHPRA and have called for an expedited review of these applications to stimulate competition and affordable access.

Roche already had an agreement in place with Mylan that they will not oppose biosimilar entry into the market. The question remains whether they would honour this and what would their follow-on strategy be. True to form, in 2018 Roche released their subcutaneous product patented till 2033 in South Africa and most countries. Which medical scheme would not opt for a cheaper product? This became another best-seller, being listed in the top five products prescribed in 2018.

With trastuzumab treatment listed as an essential medicine as part of an approved breast cancer policy, this treatment is now listed as a Prescribed Minimum Benefit (PMB). This means that in theory, medical schemes can no longer deny women access. However, this practice is still very much enforced on uninformed women. It succeeds because many are too scared to challenge their medical schemes and many not informed of their right to treatment.

Finally, as with HIV drugs when they first came on to the market at exorbitant prices, there are many unanswered questions about trastuzumab: