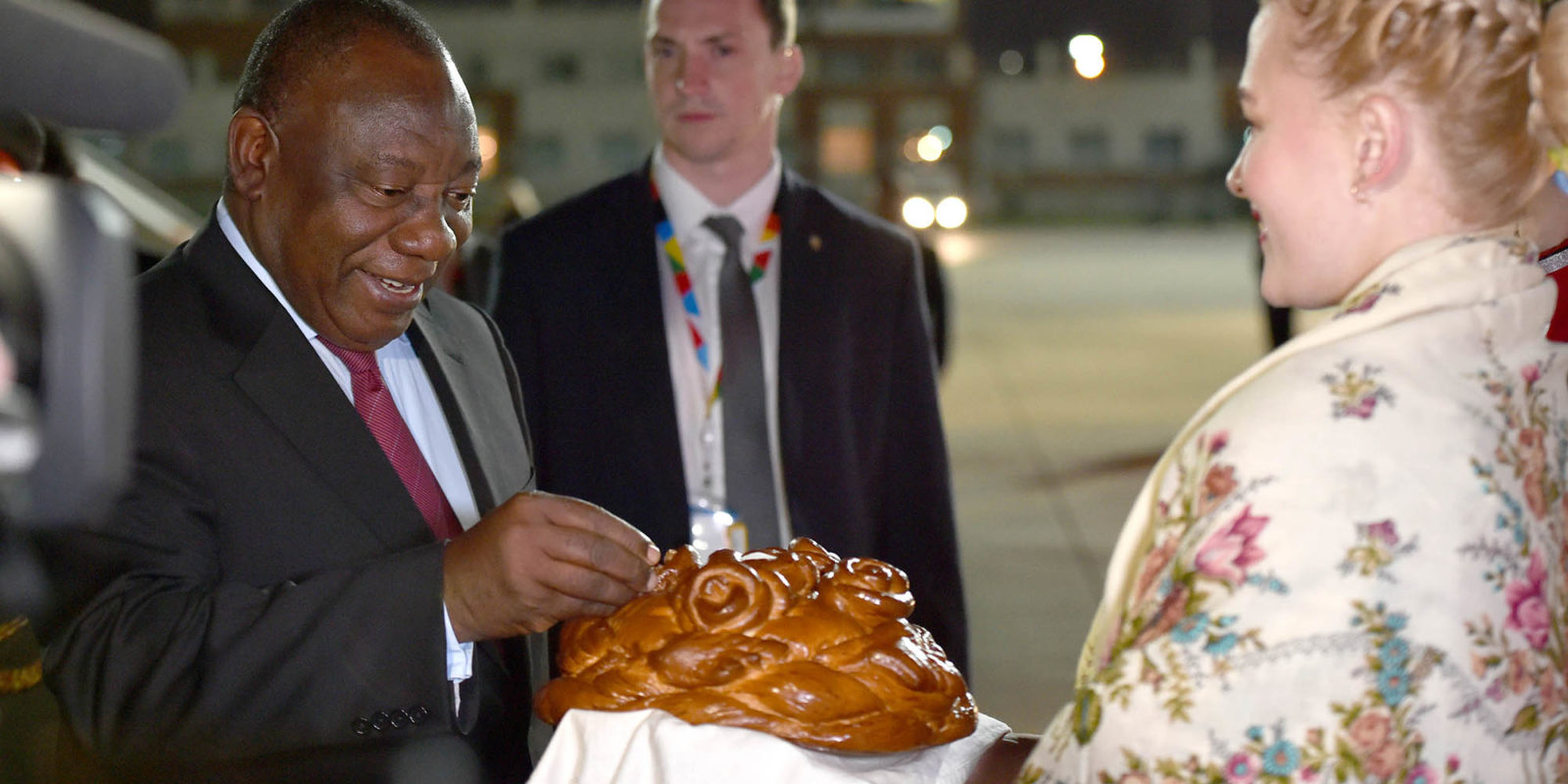 Russia is determined to expand its presence in Africa, President Vladimir Putin said as he opened the first Russia-Africa economic forum and summit in Sochi, on the Black Sea, on Wednesday.

Russia was offering systematic development assistance to Africa, he said, citing a mix of $20-billion debt relief, trade preferences, help in the fight against infectious diseases such as ebola and energy production, mainly nuclear, mining, and educational support, to showcase Russia’s commitment to the continent.

It wasn’t the $60-billion in support which his Chinese counterpart Xi Jinping has offered at the equivalent China-Africa summits. But it still drew applause from the Africans in the audience.

Russia is presenting the summit as a return to Africa, after a long relative absence following the collapse of the Soviet Union in 1991. In the Soviet era, Russia gave many African countries, including South Africa, substantial military, financial and political support in fighting colonialism and apartheid.

Putin is now playing catch-up, seeking to make up lost ground in Russia’s relations with Africa, which has already established summit-level relations with many other countries and regions, including China, the European Union, Japan, Turkey, India and South Korea.

About 40 African heads of state and government, including South African President Cyril Ramaphosa and 2,000 companies, among them several from South Africa, are attending the economic forum and summit.

The economic forum is showcasing the economic opportunities which Russia has to offer the African continent. The summit to be held on Thursday will shift the emphasis to political co-operation.

“We are determined to increase our presence in Africa,” Putin told the economic forum.

“We, of course, will support such plans from the state level,” he added, noting that the Russian energy companies Gazprom, Rosneft, and Lukoil concern were implementing promising oil and gas projects in Africa.

“Alrosa develops diamond deposits, Yandex is represented in the markets of a number of countries and helps African states solve information security issues and develop a digital economy.

“Rosatom is ready to offer African partners the creation of a nuclear industry, which is called, on a turnkey basis, the construction of research centres based on multipurpose reactors,” he said. Russia is already building a 4,800 MW nuclear power plant with Egypt, is working on nuclear co-operation with other countries such as Zambia, and is signing agreements for co-operation with other countries such as Ethiopia and Rwanda.

Rosatom’s stand in the exhibition hall of the economic forum is attracting considerable attention from African governments.

The nuclear agreements with Ethiopia and Rwanda are being interpreted as indicating that Russia will definitely build nuclear power plants in those countries, but industry sources said those decisions had not been finalised.

Putin said the construction of a Russian industrial zone in Egypt was nearing completion.

“This is a large site in the economic zone of the Suez Canal, where companies from Russia will be able to localise their production facilities. About 20 Russian enterprises are planned to be connected to this work, and this is only 20 enterprises now: I am sure that there will be more.”

Putin listed the development assistance Russia was offering Africa, as trade preferences, co-operation within international structures, for example, the World Food Program, the International Civil Defense Organisation, and the World Health Organisation and support in easing the debt burden of African countries.

“To date, the total amount of write-offs exceeds $20-billion,” he said to applause. The debts forgiven were being used to fund economic growth projects.

And he said Russia was helping Africa fight dangerous infectious diseases, in particular through a Russian research centre in Guinea.

Putin said Russia was one of the first countries to tackle Africa’s Ebola epidemic by allocating over $60-million to fight it. He claimed that the ebola vaccine Russia had developed was the best in the world.

“The traditional area of Russian-African interaction is the training of qualified personnel. By the mid-1980s, about one hundred educational institutions had been built in Africa by our country; half a million Africans had been trained to work in industrial enterprises and agricultural facilities in African countries.

“Seventeen thousand African students are currently studying in Russia, of which about 4,000 are studying at the expense of the federal budget of the Russian Federation.”

The prominent role played by military arms in Russia’s sales to Africa has attracted some criticism from Western commentators which was probably why Putin insisted that Russian food sales had now exceeded arms sales to the continent, with food sales totalling $25-billion annually, versus $15-billion for arms.

Putin said African countries were attracting more and more attention from Russian business, largely because Africa was becoming one of the centres of global economic growth with a combined $29-trillion GDP forecast by 2050.

Russian-African trade had more than doubled to surpass $20-billion. But the potential was far greater, he added, noting that $7.7-billion of this total, or 40%, was with Egypt only. As Russia’s major African economic and political partner, Egyptian President Abdelfattah el-Sisi is co-chairing the forum and summit with Putin. El-Sisi is also current chairperson of the African Union, but diplomats told Daily Maverick that this was not an AU-organised event, though AU Commission chairperson Moussa Faki is attending.

At a country-to-country meeting with Ramaphosa on the margins of the economic forum, Putin said Russia and South Africa were working together in particular on exploring mineral reserves, energy, industrial development, transport, agriculture and humanitarian assistance.

He said he hoped this meeting would boost economic relations between the two countries. He also noted that Russia and SA co-operate well in international forums such as the UN Security Council where Russia is a permanent member and SA currently a non-permanent member for 2019 and 2020. He praised SA for its contribution to bringing stability to Africa.

Ramaphosa said SA’s relations with Russia went back a long way, having been “forged in the struggle. In many ways South Africa is what it is today because of the support we got from the Russian people and your government,” he said, referring to SA’s liberation struggle.

He said the African Continental Free Trade Agreement which is about to come into effect offered a major opportunity for both African countries and Russia to expand economic activities in Africa.

Journalists were only allowed to the opening of the meeting between Ramaphosa and Putin so it is not yet known what else they discussed. DM