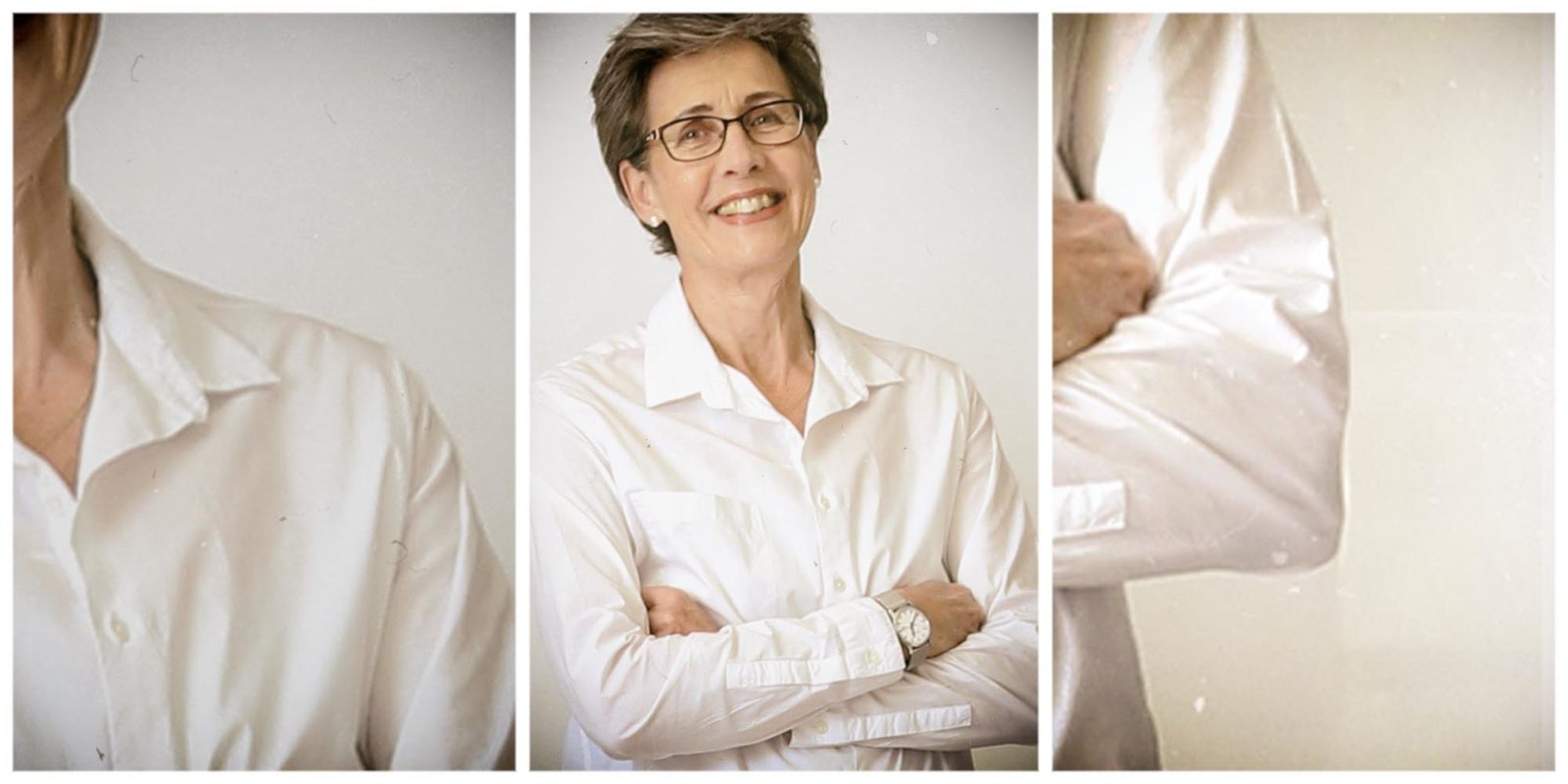 In an era of gross financial mismanagement, corruption and budget cuts, what does it take to get an ‘unqualified audit with no findings’? According to Beth Engelbrecht, Superintendent-General of the Western Cape Department of Health, it’s inclusive management and servant leadership. She explained what this means.

Managing a provincial health department is not for the faint-hearted. Apart from the fact that the health, dignity and lives of millions of people depend upon your decisions and effectiveness, a health department (probably more than any other government department) is an enormous, multilayered and complex bureaucracy.

The Western Cape Department of Health (WCDH) is a case in point.

It serves six million people; a number that, according to the Stats SA 2019 mid-year population estimates, grows by 28,000 people a month, and 76% of its population is uninsured. That means it has the third-largest number of users in the country, after Gauteng and KwaZulu-Natal.

It has an annual budget of R32-billion, spends seven billion of that on goods and services and employs 32,000 staff.

One would think when the number of users of a health system increases, so would its budget. You’d think wrong. According to Engelbrecht, this financial year marks the fifth year in which the budget has been cut in real terms. “We need to do more for less,” she says. So, not surprisingly – if perhaps a little perversely – a lot of our discussion centres on financial management and good governance, rather than health outcomes.

A vein that runs throughout our conversation is “the tough decisions” and how they are implemented.

“We can’t just grow staff numbers, because there’s a higher need,” Englebrecht says, “but this makes you more innovative and creative.”

She puts particular importance on having the right staff mixes, investing in leadership development and culture and the decentralisation of decision-making, what she calls “dispersed leadership”.

Despite the budget cuts she says the department is intent on shifting money towards services. She also insists that certain areas of delivery are protected from budget cuts: “maintenance, medical registrars, community services and interns” are what she lists, but admits too that central hospitals “are at the sharpest end” of budget restrictions.

But, she can see, this does take its toll.

She calls health services a “burning platform”, that causes “massive pressures”, especially at primary healthcare level and on emergency medical services. At the end of the interview, she uses the words “moral injury” to describe its effect on staff, who want to do their best for patients but can’t “because the system doesn’t allow them”. She worries about those clinicians who say they can’t sleep because they know they are capable of better and ensures that there are counselling and support services for staff members.

But in this difficult context – austerity is the word – her philosophy seems to be upfront and straightforward about the financial crisis and involving all stakeholders in planning about how best to dig out of the hole. She claims to consult with staff, the unions and the universities on the budget. I ask “to what extent communities are consulted” and she’s quick to admit there’s much room for improvement here. Clinics committees are “still maturing”; hospital boards are “more mature” and the MEC engages with the private sector and NGOs through various private forums.

The achievement of the WCHD is obvious if you consider this statement from the executive summary of the Auditor General’s PFMA consolidated report 2017/19:

By contrast, for the past 14 years, the WCHD has received unqualified audits, but with findings. The clean audit this year is a first for the WC and any health department in the country. “So what are you doing to get a clean audit?” I ask.

Surprisingly, instead of getting to the nitty-gritty, her answers here return first to performance management, leadership and culture. Rather than offering up a list of punitive measures that crack the whip against poor performers and crooks, she lists positive measures that encourage results. But the systems are there.

Because of the large number of transactions and the need to purchase everything from external suppliers from medicines to equipment and bed linen, a health department has a unique vulnerability to fraud, one of the reasons it’s been a (less publicly focused on) target of State Capture. Engelbrecht talks about the WCDH having a well-established system of checks and balances, “so that people know we will pick up fraud”. Unusual for health departments is that WCDH refers suspicious cases to Provincial Forensic Services (rather than the other way round), but in the previous financial year only one case was found to be fraudulent after investigation.

In this regard, Engelbrecht also stressed the importance of having a jacked-up legal unit to deal with medico-legal claims, something other provinces are seeking to emulate.

“We have a lot of claims … but there’s also a lot of touting happening.”

Like other provinces, “birth injuries are the main problem… 33% of cases are cerebral palsy-related but they are 70% of costs.” (Writers’ note: this is an issue many people, including judges, have frequently pleaded for action on in the past.) Engelbrecht argues it is important to identify which claims have merit, settle them speedily and then focus on the chancers.

What are the ingredients for successful good governance in the WCHD? Engelbrecht starts by crediting all her team then lists four – all of equal importance. In addition to inclusive and consultative governance and tight financial management (which we had already canvassed) she stresses:

An official from the National Treasury confirms these factors but adds to the list some advantages the WCDH has over other provinces: “Appointments based on merit, not political; Cape Town popular place to live so attracts and retains people; wealthier population, so higher revenue base and fewer public users; three universities close with lots of joint staff and some pressure from universities; kept people with skills.”

So all in all, the MEC, the SG and their team deserve kudos.

Nonetheless, questions remain. “Despite this achievement,” I put it to Engelbrecht, “the DA-led Western Cape government is frequently attacked as being anti-poor and anti-African … a clean audit doesn’t automatically equate with a fair department. Was this the case here?”

Her response was straightforward: “There’s no evidence to support the claim,” she says. “In 1994 there were only 1.4-million people accessing primary healthcare. Today it’s 14-million.” She also says all the new hospitals that have been built in poor areas, Khayelitsha, Mitchells Plain and now Manenberg. She does add that the WCHD “must increasingly focus on the quality of patient systems”.

Equity, equality, quality – these are issues this writer has insufficient information to pass judgement on, so her word must stand. But Maverick Citizen invites readers to write to us with your observations about the quality and equity of health services in the Western Cape.

So, finally, I come to that hot potato and ask her how the WCDH, under the control of the DA, is working with national health priorities, particularly the National Health Insurance (NHI) Bill with which they make plain their disagreement?

Again, the response is straightforward.

She says Health Minister Zweli Mkhize is willing to listen and “treats the provincial health departments as partners”. In July the Bill was tabled at the National Health Council and when comments were invited from each MEC, “he listened”. In this context, she also talks positively about a growing collaboration between provincial health departments, mentioning four provinces the WCHD is collaborating with.

So where does that leave us?

Engelbrecht is a very civil public servant. She says what motivates her is that she is “extremely passionate about people’s lives and that – together with the dynamic nature of trying to realise health rights – keeps you excited.” But it’s to people’s lives that she returns in conclusion.

She seems to fret about two things. The “moral injury” being experienced by health providers, and suffered by health users as a result of austerity policies in health; and the economic environment that is driving ever-increasing numbers of people through the doors of clinics and hospitals. Drug abuse. Alcohol abuse. Interpersonal violence and abuse.

More and more of it.

“Poverty is a big risk to health,” she says forcefully. “We need all of society to own and own up to our social problems.”

Though the interview gave me a sense of hope about the difference a good public servant can make, it also made me angry about a minister of finance and a Cabinet that shows no understanding of the real price of the “cost-saving” austerity they shove down people’s throats – despite the evidence here and abroad of its counterproductive effects – and the frontline service providers who have to make more and more of less and less. MC