Drought-proofing South Africa: Groundwater is the way to go 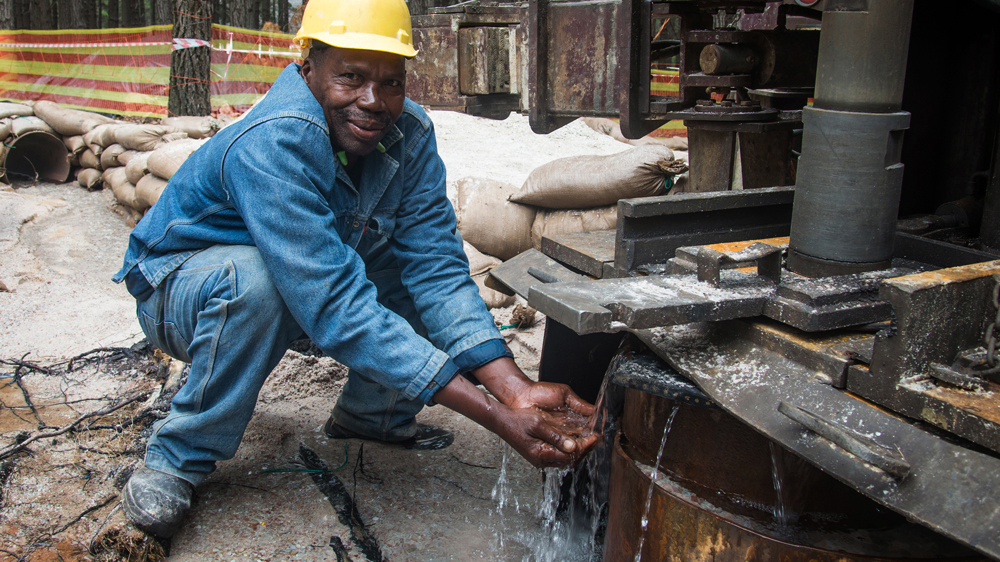 Under-utilised groundwater – married with new technologies such as solar power – could play a major role in combating poverty and improving food and water security. And all to the benefit of those South Africans who battle to feed themselves and their families.

Another hydrological year (October – September) has passed, marking the fifth straight year of below-average rainfall. The relatively drier months of August and September dropped South Africa below average for the year. My records show a rainfall of 702mm, against an average of 788mm. Collectively, we are now less concerned than in previous years as the main dams feeding Cape Town are at a more healthy 80%. As a result, we can face the coming summer with some confidence.

While Capetonians deserve a pat on the back for their extraordinary water savings – the key reason we got through the drought – it is also a time to reflect on those aspects we got right and those aspects we got wrong. Some of us will remember the City of Cape Town’s plan to produce 500ML/day of new water through the introduction of desalination, recycled water and groundwater. The production of 20ML/d of new water – from a couple of small desalination plants and rejuvenation of the Atlantis Aquifer water supply scheme – points to their plan being greatly flawed from both a volume and timing perspective.

There is no doubt the officials dealing with the crisis were under a huge amount of pressure at the time, but some robust introspection now that the dams are fuller could help us do better next time. And make no mistake – there will be a next time. Our provincial neighbours to the north and east are currently dealing with the same drought issues and, based on our experiences, we should be able to offer them some wise counsel.

The agricultural sector in the Western Cape was one of the real casualties of the drought. While many of us only really suffered the indignation of not smelling as fresh as we wanted or dealt with toilets that didn’t have our sanitary stamp of approval, it was estimated in July 2018 that more than 30,000 farmworkers lost their jobs – a devastating impact to them, their dependants and the economy. The drought cost the economy of the Western Cape R5.9-billion.

It was while wondering what remedial measures were being put in place to help the agricultural sector and those that had suffered direct economic hardship that a really interesting scientific paper crossed my desk.

It was prepared by friend and colleague Dr Jude Cobbing together with Bradley Hiller and was titled Waking a sleeping giant: Realising the potential of groundwater in Sub-Saharan Africa. Cobbing now finds himself temporarily in Washington, but remains a Grahamstown boy at heart.

Initial geological training was superseded by a focus on hydrogeology and a career that has seen him work in the groundwater arena in many far-off places, and with some well-respected hydrogeologists. It is probably this more worldly and unconstrained view that allowed Cobbing to consider the future role of groundwater in sub-Saharan Africa (SSA). Reading scientific articles can be a chore, but this one piqued my interest on a couple of fronts.

Using large-scale estimates – argued by some to be of little value – Cobbing and Hiller contend that SSA uses a small amount of its available groundwater resource, only 5%. They state that only seven out of 43 SSA countries use more than 10% of their estimated renewable groundwater resource, of which South Africa is one. Accepting that these estimates are ballpark at best, they nonetheless indicate that there is scope for greater groundwater use.

In contrast, groundwater is overused in places like California and India with concomitant declining groundwater levels, deteriorating quality, subsidence and the like. However, it is unreasonable and illogical that we concern ourselves with the problems experienced elsewhere, but which are not applicable here. The general absence of scientifically documented negative impacts resulting from groundwater abstraction in South Africa supports this. Not for one minute am I advocating that we disregard potential impacts associated with over-abstraction, but rather we need to retain context and perspective – based on experience and observation.

Cobbing and Hiller then argue that the under-used renewable resource needs to be viewed in light of the pressing problems of the region, namely the need for job creation, economic development and water scarcity – manifested in 315-million people in SSA remaining without access to improved drinking water, endemic food insecurity, low levels of irrigated agriculture and recurrent drought events. Instead of focusing on conservation and remediation – as is done in the US, SE Asia and China in response to groundwater use being at or over the limits of the resource – we need to be using groundwater beneficially and sustainably to overcome our own pressing challenges.

Groundwater is used to supply 350 towns and villages in South Africa with water – either independently or in conjunction with surface supplies. This is achieved with varying degrees of success, but often without informed management. The empty dam at Beaufort West became the poster for the drought in the Western Cape, yet 90% of the town’s water supply comes from boreholes. The real issue in Beaufort West is that about half of abstracted water is unaccounted for, ie no one knows where it goes. Crazy, – but let me not digress.

What really got me excited about the Cobbing and Hiller paper was their contention that under-utilised groundwater – married with new technologies like solar power – could play a major role in combating poverty and improving food and water security. In addition to shifting the focus away from the potential negative impacts of using groundwater, political, economic and administrative barriers will have to be overcome. This can be done with good leadership – and money.

But how exciting would it be to develop local groundwater resources abstracted using solar-driven borehole pumps to supply water to villages and for small-scale irrigation? And all to the benefit of those South Africans who battle to feed themselves and their families.

Outside of the major metropolitan areas, a large part of the South African population resides in the Eastern Cape and KwaZulu-Natal – stretching from Port Elizabeth all the way up the eastern seaboard. The groundwater resources of the region vary, but are more than adequate to supply small villages and irrigate small plots.

Groundwater is a local resource driven by local geology, and well-suited to supplying water to remote and dispersed areas. It is generally resilient to drought and can be developed incrementally, avoiding large capital expenditure from the outset.

A national programme is required to develop the skills needed to site, drill, test and equip boreholes. Without trying to offend my younger colleagues, hydrogeologists need to have a strong grounding in geology and they need to get into the field – kicking rocks is what we do. If our universities and technikons are going to produce young people with the requisite skills, there has to be a job market ready to employ them, but I will get to that.

It is also central that appropriate technology be used. We need to move away from high-tech stuff – rather focusing on robust, durable equipment readily serviceable on-site. The selfsame Jude Cobbing has been telling us for years that O&M is the kicker – operation and maintenance. To be successful, this programme has to train men and women from the benefiting communities to operate and maintain the pumps and associated infrastructure, another clear need in the education curriculum going forward.

If there is anything I have learnt in the past two years implementing drought-alleviation measures at key facilities across the Western Cape, it is that the development of the groundwater component is a small part of any water supply system. We are going to have to train engineers and technicians to design and implement groundwater schemes that take account of the peculiarities of the resource, the remote areas in which they will be working and the need for simple, robust infrastructure.

The notion of using groundwater to address poverty and hunger goes far beyond my area of expertise. As communities are able to feed themselves, and then produce excess food – so too will a local economy develop. Trading in produce and other goods and services will grow, maybe to a point of trading with other villages or regions. Clearly we will need the input of sociologists, economists and the like to enhance the business end of things.

Is this naive thinking? Maybe. But it could work, given the right support and energy. We have a nation with many impoverished people – about 40% according to Stats SA – and we are not making much headway in improving their lot. With the unemployment rate just below 30%, the outlook is bleak.

As the groundwater community gathers for their biennial conference in Port Elizabeth this week, maybe this long-term opportunity should be put on the table. While the technical aspects are entirely feasible, a programme such as this requires significant backing – both political and financial – and over the long term. Our young graduates battle to find jobs, yet there is so much to do in this country. The Working for Water programme – where the state employs individuals to achieve a goal – might be a template to advance this idea.

However, we need to find a mechanism to wake the sleeping giant to trigger the change we so dearly need. DM

Dr Roger Parsons is a hydrogeologist with more than 30 years’ experience. He is the director of Parsons & Associates Specialist Groundwater Consultants and former provincial branch chair of the Ground Water Division. He writes this article in his private capacity.