Low wages are not just the farmers’ fault, says US activist

By Barbara Maregele and Tariro Washinyira for GroundUp• 22 October 2019 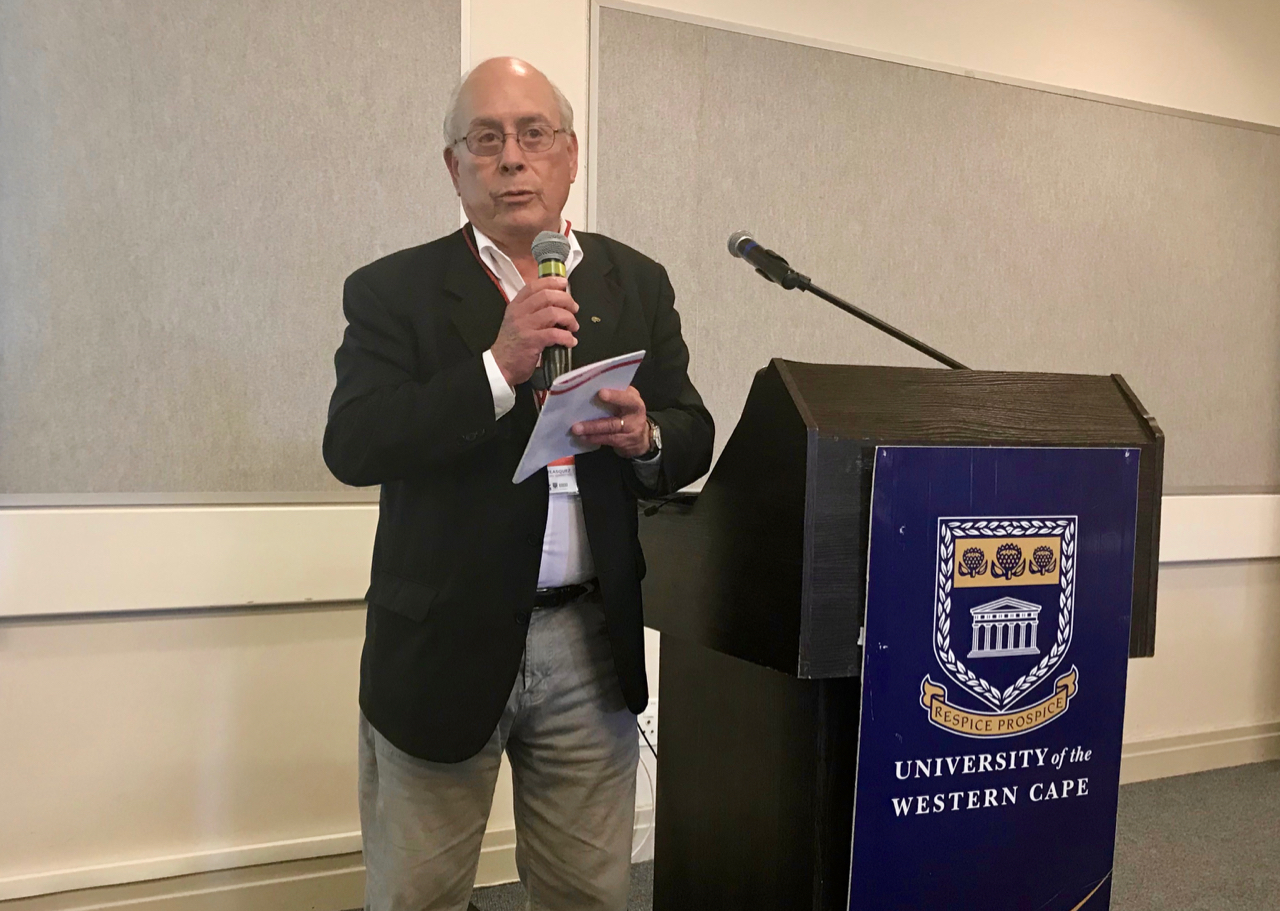 “In order to raise the wages for farm workers in the United States, we knew that we could not solely rely on the employers,” he said.

Velásquez was attending a three-day national conference on the Future of Farm Workers in South Africa held at the University of the Western Cape last week.

Velásquez has received international accolades for his role in improving the working conditions for farm workers across the United States. He was born in Texas to parents who were both migrant farm workers. He was a seasonal farm worker from an early age.

“As a child I observed the abusive labour laws, that were used against my mother and my three sisters. We had to fight with all our might to defend our families.”

In 1978, Velásquez, who founded FLOC, organised a mass strike of about 2,000 workers on tomato farms. Eight years later, FLOC managed to broker a deal between the workers, farmers and the Campbell Soup Company (a three-way contract), the major purchaser of the tomatoes.

The deal increased hourly wages and provided workers with much-needed health and safety benefits. He said that an academic study showed that if as little as a penny were to be added to each soup can or other products, it could double what farm workers earned. He said strike action was often not enough to leverage significant changes.

Velásquez believes that the turning point in their campaign for better working conditions came when they went after Campbell’s larger business partners.

“We called for a boycott of Campbell Soup products and pushed the idea of three-way contracts. We then took on Campbell Soup’s business partners like the Philadelphia National Bank,” he said.

Every Friday at noon when most people cashed their cheques at the bank, FLOC members stood at the entrance with posters. They also asked people to make donations towards the campaign against Campbell.

While this was marked as a victory for farm workers across the country, it was not the end of Velásquez​​​​​​​’s activism. He went on to advocate for the rights of migrant workers and was repeatedly detained for civil disobedience.

He said undocumented immigrants should be encouraged to join local unions for better protection because farmers often threatened undocumented workers with deportation. The union would reply: “And if you report them, we will report you because it’s illegal to hire an illegal worker.”

“We raised the wages, improved the working conditions and stopped sexual harassment,” he said. DM