War, present and past, a thread which binds two excellent stage productions in Cape Town

Alexis Petersen as Pamela in a scene from David Kramer’s ‘Danger in the Dark’. (Photo: Jesse Kramer)

War, present and past, a thread which binds two excellent stage productions in Cape Town

Alexis Petersen as Pamela in a scene from David Kramer’s ‘Danger in the Dark’. (Photo: Jesse Kramer)

The collateral damage and human cost of war, present and past, are explored in David Kramer’s reworking of a 1990s musical, ‘Poison’, now titled, ‘Danger in the Dark’, as well as in a searing adaptation of Francois Smit’s award-winning Anglo-Boer War novel ‘Kamphoer’ — both on at the Baxter Theatre in Cape Town.

Back in the early 1990s when David Kramer and his long-time collaborator, Taliep Petersen, first penned Poison, a musical set in the ganglands of the Cape Flats, few investors were interested in funding the production.

At the time, recalls producer Rene Kramer, there was no appetite for a gritty stage exploration of the relentless and volatile violence of the Cape Flats, territory carved into gang strongholds where crime and drugs have devastated communities forcibly moved there by the apartheid government from the 1950s onwards. 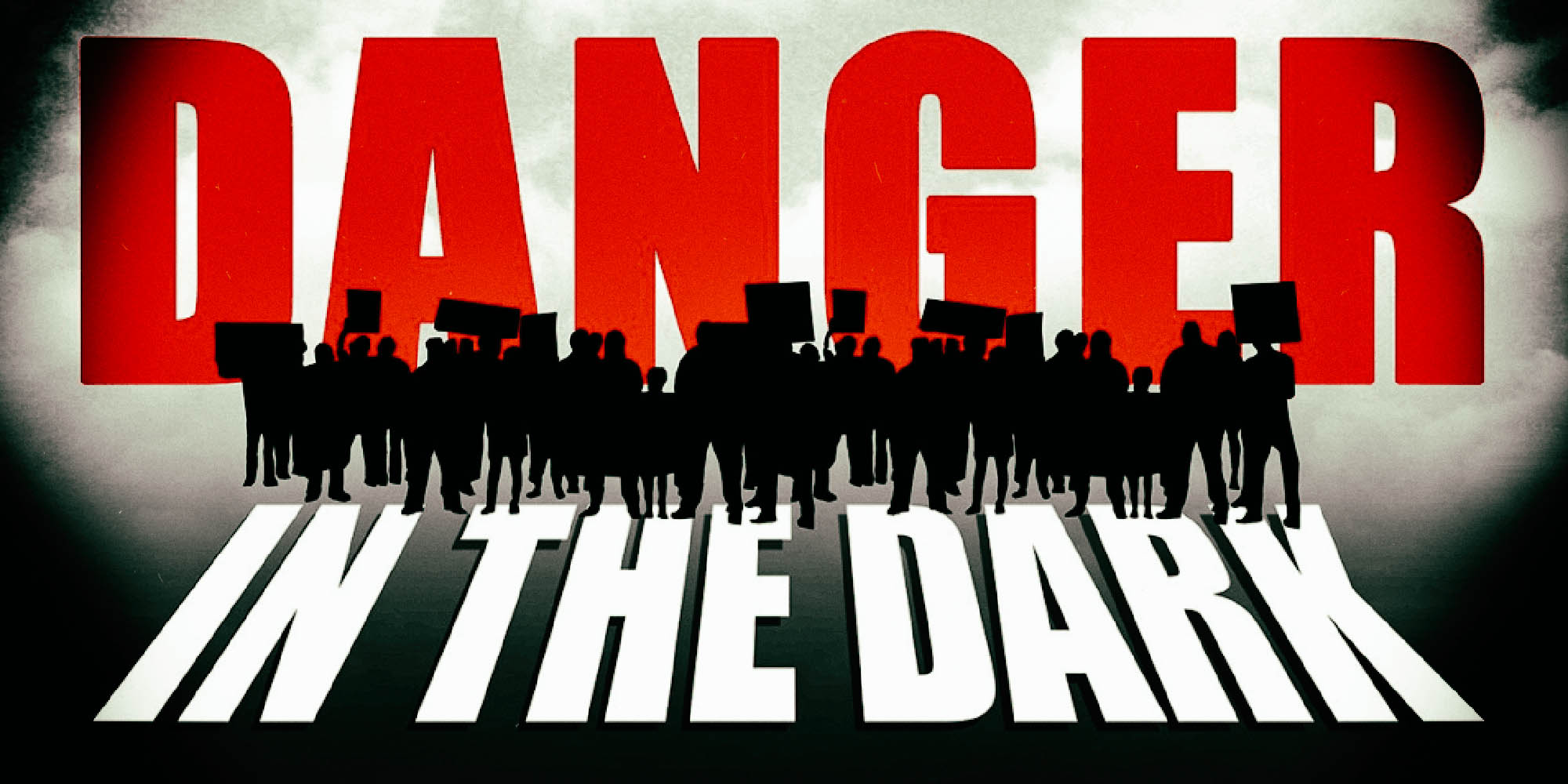 It was potentially a local work-over of the 1962 Broadway sensation, West Side Story, itself an adaptation of Shakespeare’s Romeo and Juliet, set in the mean gang-ridden streets of New York’s West Side in the 1950s.

In that sense, Poison, Kramer explains in his programme note for Danger in the Dark, now on at the Baxter Theatre in Cape Town, became an evolving work-in-progress.

It has had 27 years to simmer and in that time the Cape Flats has continued, in increasingly horrific numbers, to feed the mortuaries of Cape Town with corpses. The casualties include young gang members themselves, police officials as well as countless children struck down by stray bullets.

In August 2019, 47 people died in one weekend alone, and as the first notes of the musical rang out on opening night on 15 October 2019, the South African National Defence Force is still deployed to the Cape Flats to quell the violence.

It is a war that plays out daily far away from tourist enclaves, shopping malls, wine estates, art galleries and the pretty suburbs of deceptive Cape Town.

In spite of the mammoth success of Petersen and Kramer’s District Six, The Musical in the 1980s, the two collaborators had doubted they could live up to the style of writing demanded by the musical genre.

Petersen’s horrific and violent murder in 2006 by his wife Najwa, ended the singular magic of the Kramer/Petersen creative partnership and also robbed South Africa of one of its greatest songwriters and musicians.

Peterson was a repository of musical memory. It was his way of repairing the tattered fabric of lives shattered by slavery, colonialism and apartheid. And while Petersen brought to life this history in his music, he was also a hopeless romantic and lover of life and people.

Petersen’s legacy, however, can never be erased and the songs that he penned in the 1990s for Poison remain and are brought to life again in this layered and moving restaging. That Petersen himself died the way he did adds an unseen poignancy to it all.

The seed planted in Poison has grown, with a reworking of the script and some of the characters by Kramer, into a significant statement of our times.

In that sense, Danger in the Dark speaks to lives beyond headlines and jerky cellphone footage of the war on the Cape Flats, to bring us the imagined inner lives and drives of individuals and communities trapped in this nightmare.

In this version, Kramer together with assistant director Grant van Ster has shifted the focus from gang leader Poison (played with charming menace by Elton Landrew) to Pamela (brought tenderly to life by Alexis Petersen).

Pamela is a social worker working on a thesis about the impact of drug abuse, but finds herself attempting to hold together and seek healing and respite for lives shattered and held hostage by cyclical, intergenerational trauma.

It is there that she reconnects with old school friend Juanita (Rushney Ferguson) who, in order to escape her strict, religious family, finds herself embroiled in an abusive relationship with gang leader Michael (Loukmaan Adams).

One of the pitfalls of the political/social musical is the potential loss of depth of character at the expense of spectacle, dance, set and music. But in this instance, Petersen’s lyrics and Kramer’s reworking of the book provide enough scaffolding for each character to bring the necessary nuance for the audience to find traction and empathy.

Also, the music itself forms an integral part of the mood, foreshadowing and becoming part of the storyline, moving it seamlessly from one scene to the next.

Each component of Danger in the Dark, from the direction and book by Kramer to the musical direction by Camillo Lombard, performances by the strong ensemble cast, the sublime choreography by Shaun Olef and Grant van Ster, the versatile, brooding set and lighting design by Patrick Curtis, the detail of the costume design by Widaad Albertus, the sound engineering by David Claasen create a substantial, satisfying whole.

The live band, conducted by Grandall Vlotman who plays keyboards, Shaun Francke on guitar, Jason Ward on drums and percussion, Yvan Potts on synthesizers and Kurt Randall on bass, while hidden behind a scrim, bring a vital and containing energy to the action beyond what is seen on the stage.

The cast including leads Petersen, Ferguson, Adams and Landrew are supported by stellar co-actors and singers including Eldon van der Merwe (as Chicco), Tashreeq de Villiers (as Lucky), Edith Plaatjies (as Mrs Joseph) and Chad Baai (as Shawn).

This is a “big” and demanding production on all fronts and this entirely South African team has delivered a world-class experience. The duty of the arts is to reflect society back to itself and Kramer and Petersen are able to do this with all the searing beauty that human solidarity requires.

While headlines fade and body counts tally up, the heart of Danger in the Dark begs us to confront the reality of life for the majority of Capetonians.

What it should do is stir in the public a demand for politicians, corrupt police and others invested in the ongoing violence to be held to account. This is one part of a resistance that should be multi-pronged and sustained if the grip of the gangs is to be loosened.

DA premier Alan Winde was in the audience on opening night. He presides over one of the most violent cities in the country and has come up with an elaborate security plan for the Western Cape which at this point does not pass constitutional muster and so far appears to be a paper promise.

Danger in the Dark, like Kramer and Petersen’s District Six, rests on the solid ground of history, memory, trauma, tragedy and triumph to make visible the unseen currents that haunt our lives.

Over in the Baxter Studio, another war anchors the Afrikaans-language production Kamphoer — die verhaal van Susan Nell, beautifully adapted for the stage as a monologue by Cecilia du Toit in collaboration with actress Sandra Prinsloo and director Lara Foot.

Kamphoer, based on the novel by Francois Smit, which in turn was inspired by Nico Moolman’s non-fiction work, The Boer Whore, is based on the true story of Boer concentration camp survivor Susan Nell.

After being raped by a British officer, Nell finds herself years later as a nurse in England having to tend to the same officer and the wounds he has sustained in World War I.

While the setting here might be the South African War and its atrocities, the centrifugal force is abuse, rape and the systemic and systematic use of violence against women as a weapon of war.

Those with only a rudimentary understanding of Afrikaans will not be able to be transported by the lyrical and layered text which in the telling brings vividly to life a time and a place long gone.

It is for this reason that a return to the original wound requires revisiting as the present always provides a brighter light into understanding the past.

Prinsloo is a towering figure in South African theatre and once again affirms her extraordinary capacity to lose herself to character and stage. While it is a gruelling performance, Prinsloo is able to access the resilience and humour which drives Nell’s ultimate survival.

This year is the 120th anniversary of the South African or the Anglo-Boer War and this production, beautifully directed by Foot, is an attempt at honouring this still visible scar. DM

For more information on both productions go to http://www.baxter.co.za