A dispatch from Parallel Reality 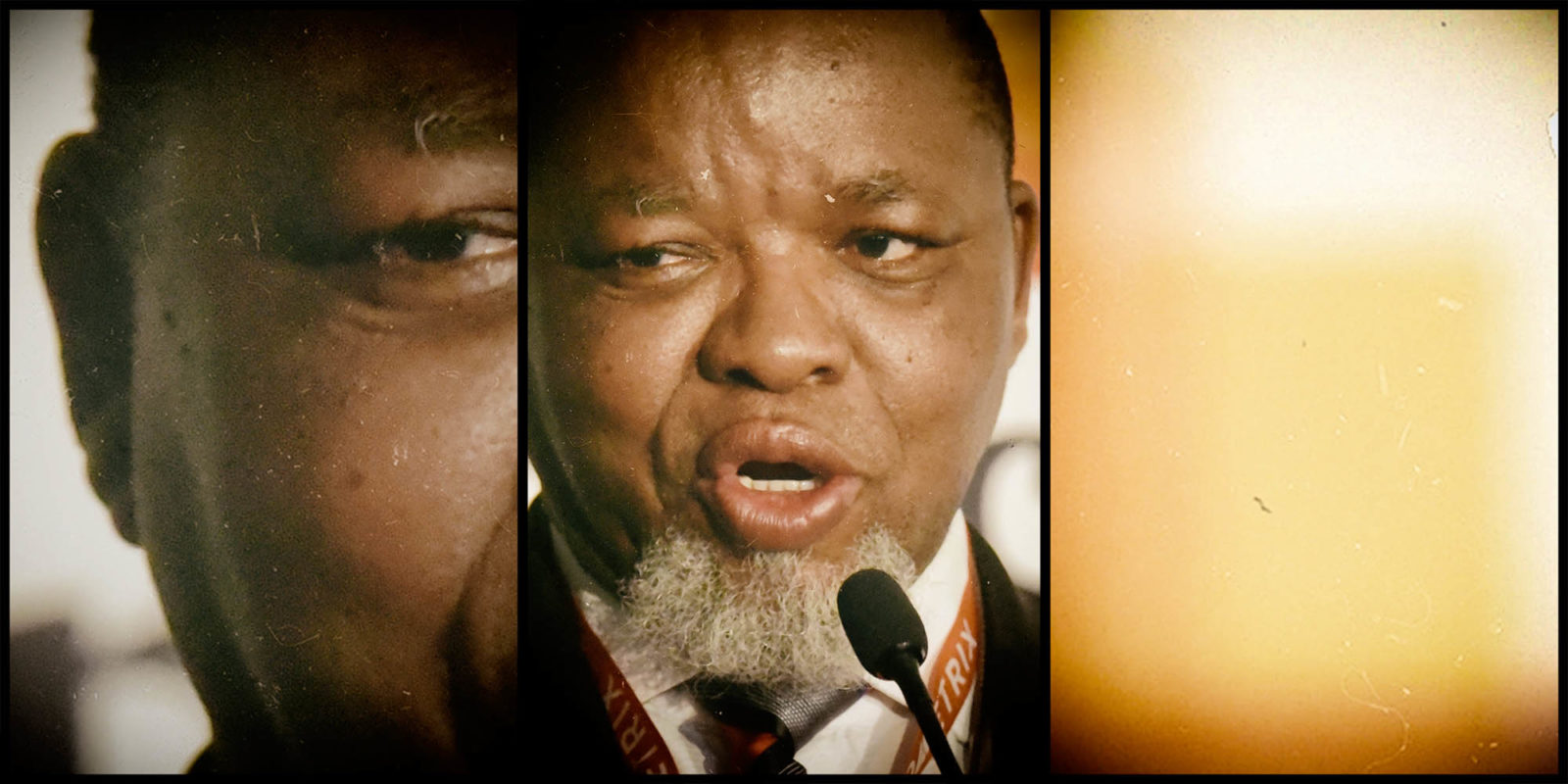 Just after publishing the wrong version of the Integrated Resource Plan, and with Eskom being forced to admit that more than a third of its infrastructure is broken and cannot be relied on to generate electricity on demand, Mineral Resources and Energy Minister Gwede Mantashe denied South Africa has an energy crisis. ‘We have no energy crisis, South Africa has an energy problem that will turn into a disaster if not attended,’ said the minister on the sidelines of the media briefing to announce the IRP.

The Integrated Resource Plan (IRP) seems to be an acknowledgement by the government that it does not have the required skills capacity and the balance sheet to continue investing in the electricity-generating infrastructure of any significance.

Thus it has designed a plan that heavily relies on the simplicity, cost-effectiveness and speed of the private sector to fill the gap. And quickly, by government standards anyway. These seem to be the driving priorities that will inform South Africa’s energy investment plan for the next 20 years.

The integrated resource plan of 2019, unveiled by Mineral Resources and Energy Minister Gwede Mantashe, shifts focus away from the heavy, complex and expensive baseload infrastructure projects this country has pursued over the past 15 years. There will be no new coal or nuclear infrastructure investments beyond the current Eskom build.

In favour are renewable energy sources that can be developed by an array of investors, other than the government’s own Eskom or other agencies, in smaller incremental projects that will eventually lower the dominance of coal. The IRP 2019 envisages the introduction of a maximum 8,100MW of installed infrastructure from gas and diesel sources. This would be just less than the combined capacity of both Medupi and Kusile power stations, which were meant to be completed in 2014.

Presently South Africa has only 3,890MW of installed capacity from these sources, the bulk of which are the emergency Gourikwa and the Ankerlig open cycle gas turbines that burn diesel to produce a combined 2,100MW of electricity. These burn through cash to produce power.

At a burn rate of about 12 litres of diesel a second, these power stations were designed to generate power only during an emergency, when a serious generation capacity shortage threatens to collapse the system and plunge the country into an uncontrolled blackout.

However, as Eskom’s fixed-generation infrastructure has steadily, and then rapidly, deteriorated, the utility has been forced to use these as part of its normal operations, burning the diesel for increasingly longer periods in order to keep the lights on. Twelve litres of diesel a second equates to about R192 a second to produce electricity that will be sold at 90c per kilowatt-hour (kWh).

Under the IRP 2019, these emergency power stations will be converted to burn natural gas that will be imported mainly from Mozambique’s Rovuma Basin, and South Africa’s own recently discovered Brulpadda project in the Indian ocean.

“While in the short term the opportunity is to pursue gas import options, local and regional gas resources will allow for scaling up within manageable risk levels. Exploration to assess the magnitude of local recoverable shale and coastal gas are being pursued and must be accelerated,” says the IRP 2019.

Without saying it in as many words, the government will shift the burden of building electricity generation infrastructure to the private sector while it hopefully builds balance sheet strength in the state-owned Eskom. That’s because only the private sector has the capacity and financial muscle to pursue the kind of exploration projects that yielded Total’s Brulpadda gas find. It is the largest gas find in South African history.

At present, local demand for natural gas is limited to an already shrunken industrial user base, complemented by a small higher net worth section of the country’s households who use it for cooking and heating homes. To be economically sustainable in the absence of any serious demand in South Africa, Total’s gas from Brulpadda would have to be shipped overseas.

Were the government to convert the Gourikwa open cycle gas turbine into a closed cycle gas turbine, the country would have an immediate supply of natural gas from Brulpadda, off the coast of Mossel Bay.

The Ankerlig open cycle gas turbine on the other side of Cape Town would also be a good customer for Total.

“There is enormous potential and opportunity in this respect and the Brulpadda gas resource discovery in the Outeniqua Basin of South Africa, piped natural gas from Mozambique (Rovuma Basin), indigenous gas like coal-bed methane and ultimately shale gas, could form a central part of our strategy for regional economic integration within SADC,” reads the IRP 2019 concerning gas utilisation.

The natural gas coming from Mozambique, which is already being imported by pipeline into the eastern parts of the country by Sasol, would serve to depress the prices for the gas if an import platform were to be built at Mossel Bay, as planned by the now-bankrupt PetroSA. Financially pressed municipalities also have more urgent matters than rolling out new gas infrastructure to wean their residents from Eskom’s electricity, which for so many is the only real dependable source of revenue.

With wind and photovoltaic (PV) solar systems, the government hopes natural gas would reduce coal’s dominance to about 60% of installed infrastructure, from about 90% at present. Six years from now 670MW of PV energy infrastructure will be installed, followed by 1,000MW of electricity capacity annually until 2030. Wind sources will add another 8,900MW of infrastructure in that period. While the government has now licensed Eskom to build infrastructure to generate electricity from renewable sources, which will add to its 100MW Sere wind farm, the bulk of the infrastructure will come from independent power producers (IPP). It goes without saying there will be at least two other IPP rounds within the next two years.

That amount of new renewable energy capacity over the next eight years would have other benefits beyond the electricity generation. At the Windaba held in Cape Town in October, the original equipment manufacturers of wind and other renewable energy inputs said should those projects come to fruition, that would go a long way to establishing South Africa as a manufacturing base for the components which would help boost exports into the rest of Africa.

Mantashe confirmed the urgency of new infrastructure last Friday, when he told the media the government urgently needed another 4,000MW installed as quickly as possible. For that, it is looking at the private sector. Not without reason…

Eskom has made a total disaster of its current infrastructure projects of Ingula (completed in 2016 at three times the original budgeted cost), Kusile and Medupi.

At now double the R150-billion budgeted cost for Medupi and Kusile power stations, Eskom’s new build programme has proven to be a monumental disaster for both the utility and the government. As Eskom had not built any major infrastructure for 20 years, the new build projects exposed a massive lack of project management skills, exacerbated by rampant corruption at all levels of the organisation.

In this regard, while the government is to be commended for steering away from further coal and nuclear investments at this stage, a balance still has to be struck between maintaining the skills built up over the past 12 years of building the Medupi and Kusile coal power stations, and the Ingula pumped storage. More desirable would have been to build a smaller coal-fired power station of about 2,400MW immediately after the completion of Kusile in 2023.

The Koeberg nuclear power station, Africa’s only nuclear energy plant, will also reach the end of its design life by 2024. Although investments to extend this are underway, the R4-billion investment will have a limited impact as it will only add another 20 years to the station’s operating life.

Building another, say, 1,600MW nuclear plant near Koeberg, to tap into the existing infrastructure, would help keep nuclear engineering skills inside the country.

Small, simple building projects would keep the engineers and project managers happy and busy, and inside the country, to be readily available as the government has to make infrastructure investment a continuous process, rather than the costly one-off corruption frenzy it has become.

This will put pressure on the newer power stations, Kusile and Medupi, to take up the load. But these have serious design defects that have prevented them from reaching maximum performance.

The current spate of load shedding, for example, has mainly been attributable to the design failures at Kusile just outside the town of eMalahleni, and Medupi near the Botswana border outside Lephalale. There was an explosion at a unit of Kusile earlier in 2019, further compounding Eskom’s problems. A conveyor belt used to transport coal over a distance of 7km snapped early last week, cutting supply to two generating units with a combined capacity of 1,600MW, said Eskom interim chief executive Jabu Mabuza.

The utility was then forced to feed the unit manually, a near impossibility given the physical distance and heights to reach the boilers. The obvious major design flaw was to rely on a single conveyor belt, which carries 4,000 tons of coal at any given hour. A second, backup conveyor would have prevented this obviously foreseeable disruption.

The ash handling at both stations has left them unable to generate the maximum power they were designed for. The fact that all six generating Medupi units have been connected and contributing to the grid since August 2019 notwithstanding, the plant is performing at an average 60% of its capacity. At least R8-billion would be required to fix these flaws, Eskom has previously said.

So while the government’s realisation of shortfalls, observable in the shift to IPP renewable power, is to be commended, Eskom has to be kept busy building baseload infrastructure. Engineers have generally sought-after skills, and they will not stick around if there’s nothing to build. They generally have only one chance in a lifetime to put their scarce skills to good use. DM