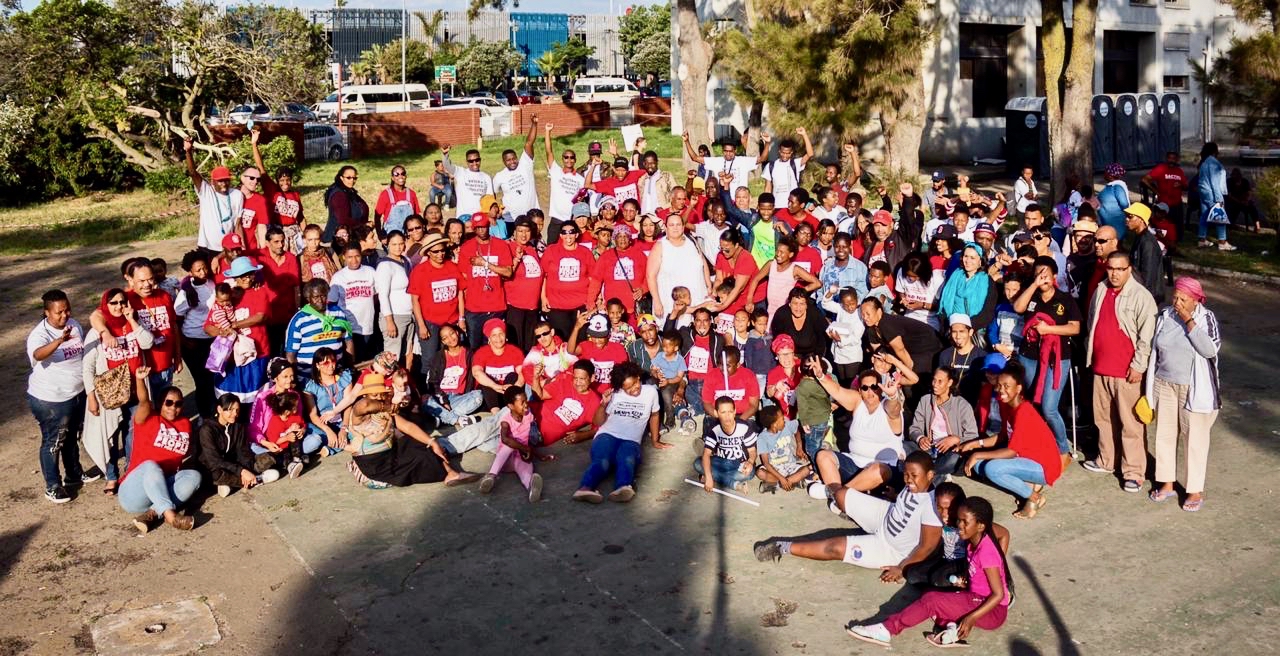 Photographs of protests and occupations in Cape Town over the past three years were on display when about 200 people gathered at Helen Bowden Nurses’ Home for Reclaim the City’s second annual congress at the weekend.

The two-day event aimed to chart the way forward for the land and affordable housing movement.

The evening began slowly, as people filed into the courtyard of the former nursing home that is now illegally occupied by evictees and homeless people. The occupiers call the place Ahmed Kathrada House. A band played jazz from a small makeshift stage. Floodlights in the courtyard provided the only lighting.

“It’s important to show that we can host this congress whatever the conditions,” said Megan Bobotyana, one of the occupiers and MC for the evening. “Here there’s no electricity, no running water, no working toilets, but we can still host this meeting.”

The occupation, organised by Reclaim the City, began in March 2017.

“For two years not a brick has been laid [at proposed government social housing sites],” said Karen Hendricks, the group’s Woodstock Chapter leader. “So we will continue to occupy, resist, and disrupt until affordable housing is built in the inner city.”

“Historical dispossession has left us absolutely no choice but to continue to point out that we are living in an unjust, unequal city,” said Hendricks. “Occupations are the tool used to hold government to account.”

“We are all here with our own unique stories, but our struggle is the same,” said Fagmeedah Ling, one of the movement’s leader. “The struggle is long but we are not going to stop. We will continue to fight.”

Ling, who was evicted from her home in Woodstock in 2016, was one of four speakers that opened the congress with a discussion on how “movements move politics”.

Along with activists from partner organisations — the District Six Museum, the Social Justice Coalition, and the Tshisimani Centre for Activist Education — she set the tone for the rest of the meeting, prioritising solidarity in the movement.

“No more relocation camps. No more displacement,” said Ling as she ended her speech. “We are staying right where we are. There are many other occupations still to come and that is why we need the solidarity of everyone sitting here.”

Messages of support from partner organisations peppered the program. On Saturday, Reclaim the City members were split into six groups to reflect on what had been achieved in the past year and where the movement needed to focus next year.

Members voiced concern over the increasing number of evictions taking place, not only in the city but in rural areas and farms. Many commented on the growing issue of displacement in the Western Cape and the need to expand the movement to include those living outside the city who needed support.

Abdool Karim is a Daily Maverick intern seconded to GroundUp.