Beyond hooking up: Attracting long-term investment requires a different approach 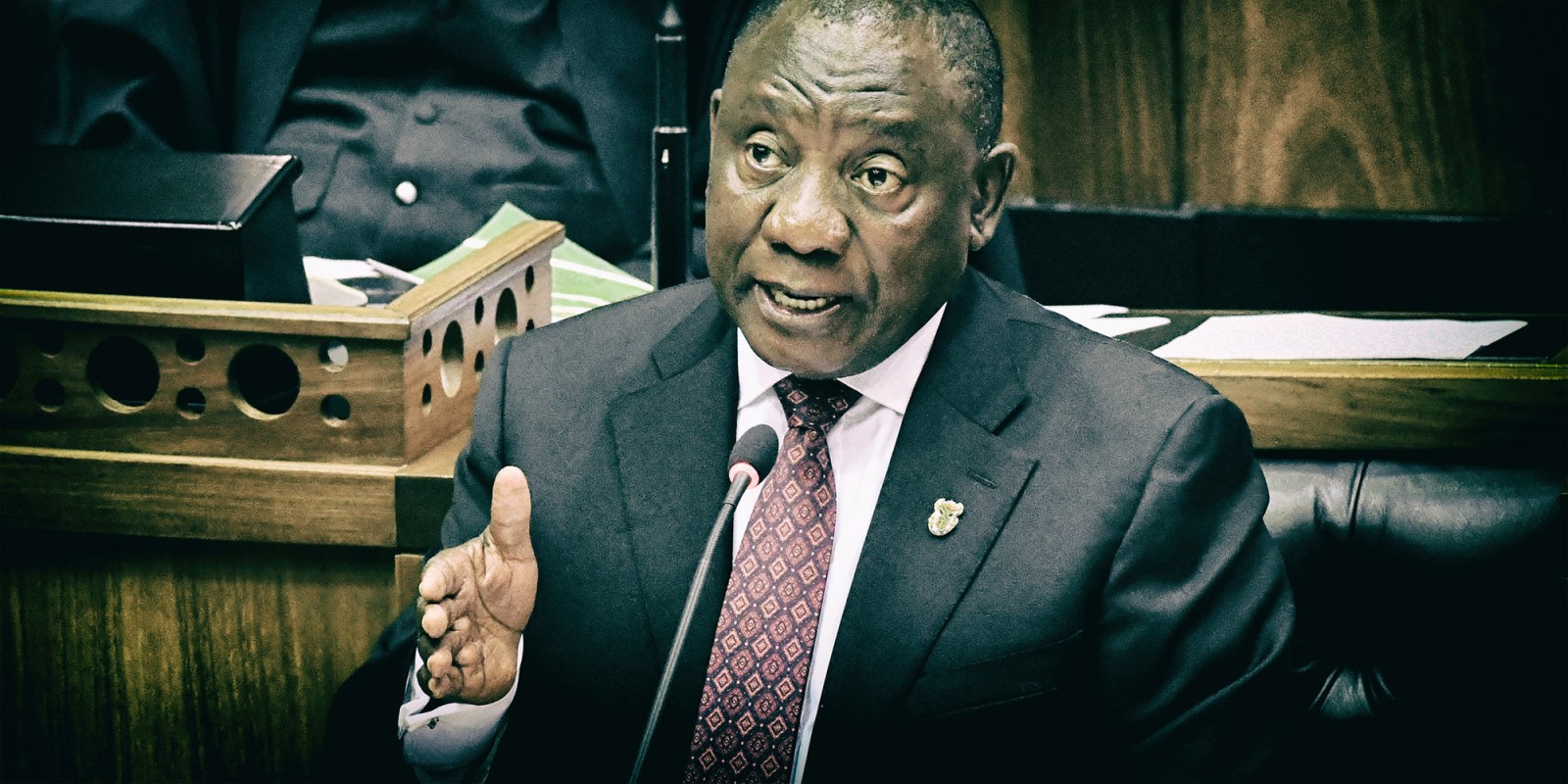 Summits, targets, and envoys are a good start to attracting much needed FDI to our shores, but they are not going to be enough. Nor is the nostalgia of #ImStaying. There are good, logical reasons for local investors to keep their money on home ground, and for new ones to enter – but only if government can get its act together.

Foreign direct investment flows to Africa rose to $46-billion in 2018, an increase of 11% on 2017 according to UNCTAD’s World Investment Report 2019. Of this, South Africa received $5.3-billion, against outflows of $4.5-billion.

These figures seem to be somewhat in line with President Cyril Ramaphosa’s investment drive, given it’s a much better picture than 2017 when $2-billion came in and $7.3-billion went out of South Africa. His four investment envoys – Mcebisi Jonas, Jaco Maree, Trevor Manuel and Phumzile Langeni – have been tasked with helping to bring in the President’s target of $100-billion in five years.

And the President, too, is doing his thing. This week he was in London at the Financial Times’ Africa summit, assuaging investors, putting on a brave, perhaps even positive face for South Africa and the African continent.

But there are three problems with government’s FDI approach and the metrics:

First, though it’s a good start, promises of projects don’t constitute jobs or even the meeting of targets. Punting South Africa at events and through envoys certainly helps, but it contains other dangers. For one, there is no substitute for policy reform, or for the targetting of particular investment sectors and individuals, or of the need for assiduous follow through.

It’s not the hook up that counts; the value is in the long-term relationship.

Second, our benchmarking is off. Africa is better off in FDI terms than 2017, but not against much of the preceding five years. Last year’s partially stronger FDI to the continent was still nearly 18% lower than the $56-billion achieved in 2012 and 2015.

In the same way, saying that Africa is a better bet now than it was a year or even a decade ago, misses the bigger statistical picture. Africa’s share of FDI is just 3.5% of $1.3-trillion; its share of global population is almost 17%. Developing Asia received, by comparison, $512-billion in 2018 FDI, or nearly 40% of the total, closer to its global population share of 60%.

Similarly, benchmarking the country against previous leadership is problematic. Investors don’t want to go to places better than the worst; they want to go to the best of the best. It’s no good saying that the country is better off than under apartheid or under Zuma: one would certainly hope and expect so. This is akin to Germans in 1970 saying that things were better off than in 1945, or in Singapore in 1990 reflecting on the progress made since enforced separation from Malaysia also 25 years prior. It’s the wrong metric. If we want to attract long-term patient investments from the pool of foreign capital sloshing around, we need to compare ourselves in policies and proficiencies to competitors around the world, not to our dismal norm.

Placing value in what others promise is equally fraught with challenges. In London, President Ramaphosa talked up the African free trade area, which is all very well and good, but it’s not in his control, as the closure of Nigeria’s borders to regional trade the next day hinted. It offers at best a loooooong term panacea to a sceptical investor audience worried about next month’s returns in a continent notorious for neglecting its commitments to openness (viz the 1988 Yamoussoukro Declaration for Africa-wide open skies not implemented 30 years later).

Finally, money is not as finite as the combination of skills and time – the human resource component – that one can “lend” to a particular country or region. There is no shortage of money going around, looking for investment opportunities. It is estimated that some $15-trillion dollars in capital has been created since the start of quantitative easing, with $12-trillion thereof sitting in low-return investments.

Paradoxically, to attract some of this to South Africa requires conformity, not differentiation. When the bar for entry is low, macroeconomic stability and policy certainty is the most important consideration for investors. It couldn’t be any simpler.

Research by one New York-based analytics firm has indicated that SA-headquartered property investors placed $4.9-billion overseas in 2018, increasing offshore exposure in their portfolios to 47%. This is a sure sign of lost confidence in the local sector, and an almost knee-jerk reaction to property rights uncertainty.

In sum, the President and all his men and their horses cannot convince investors to bring or keep their money in the country through encouraging words alone. Action is needed.

First, institutionalising investment promotion is a must. This cannot be a sporadic task, dependent on personalities and personal energy and networks. It has to be a carefully targetted process, by sector and company and even by family office. It can’t be led by government types alone, or bankers for that matter; the most impressive advocates are people who have started and are running businesses that employ lots of people since investors follow investors. This process and the policy requirements which underpin it has to be carefully worked through an independent institution free from the dead hand of Trade and Industry – along the lines of the Economic Development Board of Singapore or CINDE in Costa Rica, to name two which have enjoyed a lot of success, as Mcebisi Jonas’ own recent book, After Dawn, outlines.

Second, the attraction of FDI needs to be synchronised with government policy. You can’t say we are open for business if we are not. How do we compare with competitors on the cost of doing business, on taxation, on regulation and on risk? If the answers are vague, the money will go where the rules are clearer. Much of global FDI in manufacturing, where jobs are created, flows to the 5,000 Special Economic Zones around the world. You can’t do this without addressing constraining visa regimes (which is promised) amidst a range of other investor frictions. Of course, if you have SEZs, they need to function as such, with preferential tax arrangements in place and functioning, and not just entertained.

Third, related to the above, skip the generalities. Investors have heard all this before. If they have not, they are attending the wrong event. Avoid the blame game rather by stressing a national agenda that focuses on unity over identity. Speak about execution and about specific successes including actual businesses that are prospering, and of government effectiveness indicators that have empirically improved. Avoid postponing the day of decision-making by announcing new commissions of inquiry, think-tanks, advisory groups, government committees or panels.

Instead be clear-cut about reforms in terms of the separation of goals from strategies and execution: the ends, ways and means. Investors want to see how you are going to change matters, not simply describe the problems or outline generic plans. When the opposite of this occurs – for example, the endless plans, turn-around strategies and talking about how Eskom should be fixed even as the lights go off due to load shedding – the result is a decrease in trust. Execution requires pulling hard on the levers that a president has within his or her reach – staffing and resources being the two most important.

Finally, establish priorities: the aforementioned Eskom, and the corruption that erodes our institutions are two key problems to fix in South Africa. Further afield, rather than looking to Africa-wide free trade as the solution, negotiating an end to the crisis in Zimbabwe could add another percentage point of growth with little (no) financial cost, even if that meant exerting political capital in getting Harare to accept another Government of National Unity.

Investors worth their salt will understand that not everything can be achieved at once, in any government for that matter. But they will want to see astute use of political capital, not its abuse as an excuse for inaction. DM