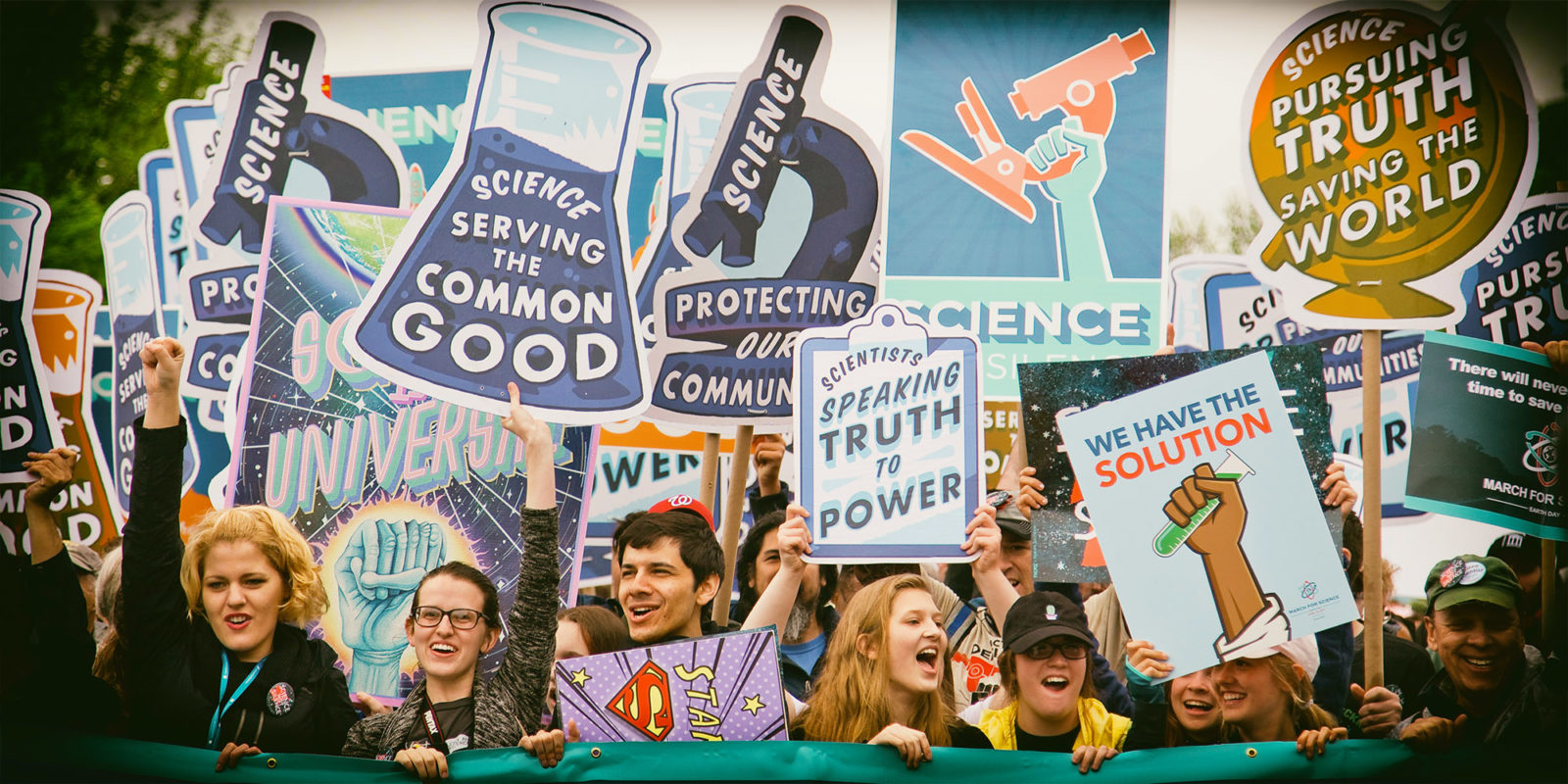 Given the challenges we are facing with the climate crisis, it’s time for scientists to let go of their elitist hold on knowledge and democratise science.

Recently, a large group of scientists from at least 20 countries endorsed civil disobedience by groups like Extinction Rebellion to force climate action. This exciting development must be applauded. However, scientists must not stop at endorsing radical and much-needed activism. Scientists need to take action on all aspects of social justice – from supporting cheaper drugs for cancer, HIV and TB to the recognition of the importance of local knowledge of science, to communities challenging environmental pollution.

Campaigns on environmental and climate issues are dependent on their relationship with science. This means if activists want to challenge environmental degradation, they often need an understanding of the basic science surrounding the problem. Unfortunately, though science has become a field of professional expertise, often the knowledge it generates is used to leverage power and lock people out of access to basic information about their worlds.

For example, in environmental campaigns, people who live on the frontline of pollution and environmental damage, close to and downwind of heavy industries, smelters and mining operations, have found it difficult to challenge polluting industries because selective aspects of science are utilised to counter their arguments and refute their claims. Similarly, we are reaping the fruits of decades of climate denialism that has impacted on public understanding about the crisis and how to mitigate it.

However, while ‘traditional’ science has often been used as a tool that sustains injustice and perpetuates social, economic and political power of elites, citizen science or activist science has emerged as a way of democratising science with the aim of empowering communities to gain greater control over their lives, health and environment.

Ironically, this is not a new role for science but rather a return to its roots.

Some of the early history of science reveals how important contributions to scientific discovery were made by ordinary people who were critical of their environments and wanted to find alternatives. Science was thus not undertaken or carried out by what we know as professional scientists, men (usually) dressed in white laboratory coats. Initially science was a response to the rules imposed by society and was thus a rebellion against the dominant culture.

Early scientists were viewed as rebels of their time who challenged the prevalent cultures of the societies within which they lived. For example, in his 2006 book The Scientist as Rebel, Dyson speaks of Omar Khayyam, the Arab mathematician and astronomer who saw science as a revolt against the intellectual controls of Islam; the 19th century Japanese scientists who used science as a rebellion against feudalism; and the Indian physicists Raman, Bose, and Saha who saw science as a rebellion against British colonialism as well as against the “fatalistic ethic of Hinduism”.

Historians agree that science, as we have come to know it, was institutionalised in the 19th century. This institutionalisation that divided the scientist from the people, perpetuating the divide between the haves and have-nots.

Citizen science is attempting to break that divide.

Citizen science refers to ordinary people using science to act on issues of concern, both individually and collectively. In South Africa, there is an established tradition of citizen science. There are hundreds of civil society-driven projects across the country – from identifying birds and plant species to actions to rehabilitate river health.

GroundWork activists have trained community leaders to take air samples, send them off to laboratories and interpret the data. This community monitoring capacity then empowered communities to act on air pollution, forcing both government and private companies to better monitor air quality and national government to adopt new legislation.

There are many similar cases, such as the Vaal Environmental Justice Alliance, which have taken on the polluting giants (Sasol and Arcelor-Mittal) as well as turned the spotlight on the pollution of the Vaal River. The Benchmarks Foundation has used science to prove that the mine dumps in and around Johannesburg are a health hazard. There are many many more examples.

In other words, people are using science as a tool to challenge, and to a certain extent, shift power relations.

Another value of building citizen science is that it arms people with knowledge and information that they can use to open and create spaces for engagement; in the process it provides them with a relevant language to be heard and acted upon by both government and corporations. Maybe its time to do the same for climate justice? We need mass climate literacy and we need the scientific community to get its hands dirty in communities that need this knowledge as a matter of life and death.

The climate crisis is one of the biggest challenges facing the world right now. We need to all be more involved and active – from blockades of fossil fuel producers like Sasol to the emerging farmers collecting weather data and seeds. The problem is, when you talk about climate change many people switch off because they think it’s too ‘sciency’.

A recent Afro-barometer survey suggests more than half of South Africans claim they have not heard of climate change. While this is very worrying, it is an opportunity for us to reframe science and make it more accessible. A simple way of doing this could be to translate the “science” into a language people can work with – not just translating into a language other than English, but also into a less technical language. As the Treatment Action Campaign proved with its HIV treatment literacy programmes and the materials it developed in HIV science and medicine, this does not mean being patronising or talking down to people, simply writing in a way that is clear, inclusive and free of scientific jargon.

This is where citizen or activist science can play a big role. Making science more accessible in terms of how it is formulated, the language used, drawing on local experiences and including local knowledge will then lead to the democratisation of science in a way that can empower the marginalised and voiceless. And when the marginalised are given the power of knowledge, they can be a powerful force to stop governments (like ours) from pimping off our natural resources to the highest bidder.

As Freeman Dyson said: “We should try to introduce our children to science today as a rebellion against poverty, and ugliness, and militarism and economic injustice.” And I would add, environmental and climate injustice. MC

Ferrial Adam is an activist and presently working on her PHD on citizen science and environmental justice in the water sector.