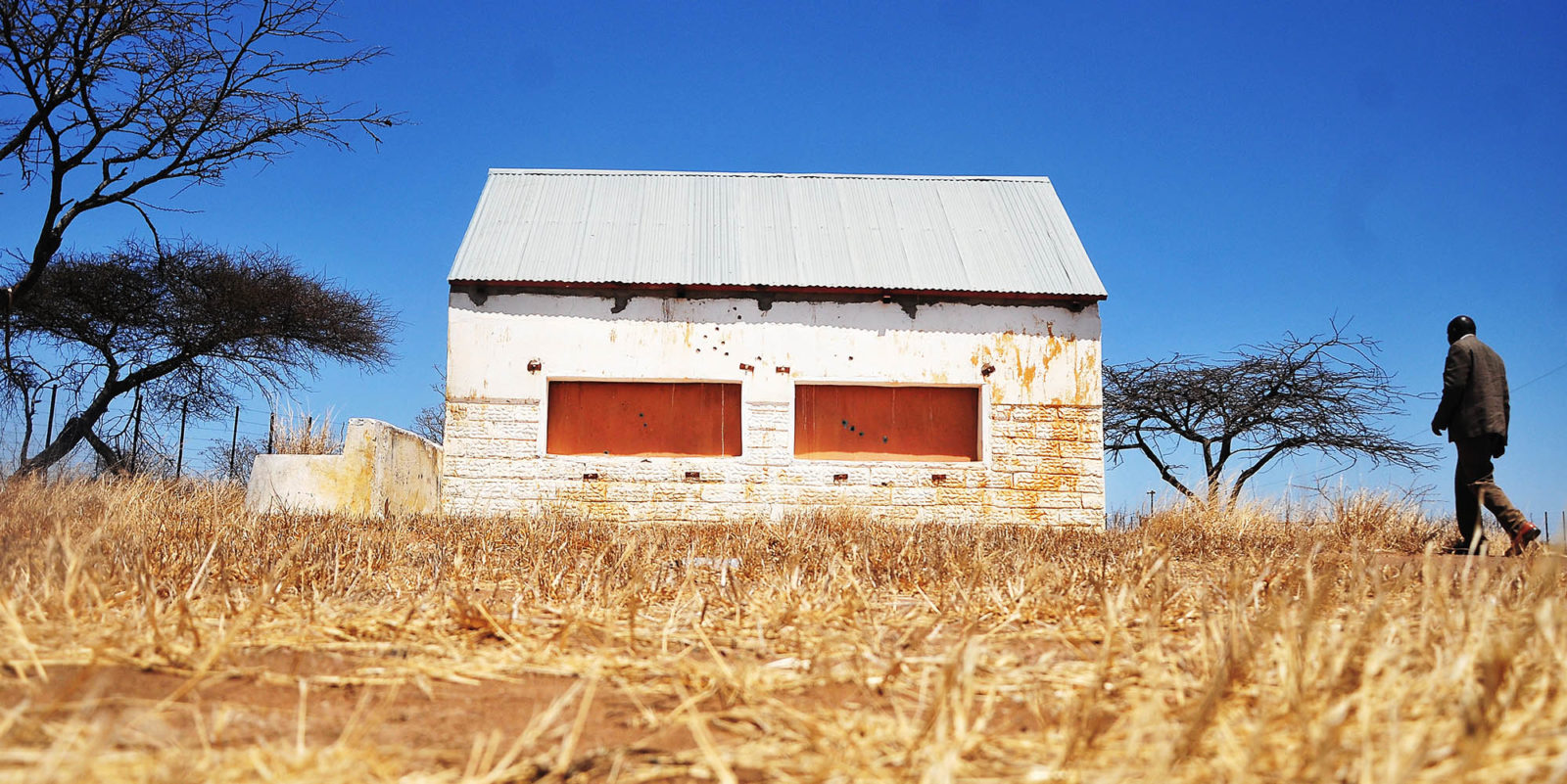 The Molele clan has claimed land of about 19,800ha in Blinkwaree, near Vivo in the Limpopo province. They trace their ancestry on the land to 1612 and were forcibly removed in 1936, scattered around the Blouberg. (Photo: Lucas Ledwaba / Mukurukuru Media)

Forced removals led to a spiritual disconnection between families and their forebears whose graves they could not access for decades. Lucas Ledwaba reports on a Limpopo family’s mission to mend the broken ties.

“The graves were somewhere around here,” John Makgaha points to the area around a large cattle kraal on the farm Blinkwater.

Besides them stands a slightly built woman. She carries a white hessian sack carrying her tools and around her shoulders wraps a shawl that symbolises her standing as a healer.

“It looks like this kraal is located right on top of the graves,” Makgaha remarks with an air of despair.

The slightly-built, elderly woman has a special gift that enables her to communicate with the dead and act as an intermediary between those that have passed on into the spiritual world and the living.

Through her special powers, she is able to invoke the spirits of the dead and interrogate them about where their remains lie buried, about their wishes, wants and gripes. She also conveys messages from the deceased’s kin and descendants. If they have questions she is able to ask on their behalf.

The Moleles have tried for months to persuade her to help them find the resting place of their grandfather Nkabe Molele.

But she is here, at last, having travelled by taxi from a village about 200km to the south of Senwabarwana, the town nearest Blinkwater.

She sits on the ground near an acacia tree facing the cattle kraal. From her bag, she retrieves one of the sacred tools – mankgonyane, a flexible crane-like wooden implement. To the naked eye it looks like a beautiful work of art, yet within its angles and strings lie the inexplicable secrets of those with the gift of healing.

It’s a divine satellite, a mystical African stethoscope whose use and origins predates many advanced inventions.

She holds it in her right hand and starts conversing with invisible beings around her, pointing the mankgonyane this way and that. One moment it shrinks and the next it extends itself further.

“You are here? Where are you?” the healer asks in Sepedi.

Manare Molele and his family are observing quietly from nearby. It’s a tense moment, frightening even, especially with a constant gentle breeze intermittently breaking around the group in the searing heat.

“Ai, don’t beat me up. We are here. Show us where you are resting. Don’t beat me,” the healer exclaims loudly to the invisible being.

In no time she stands and walks slightly to her right, close to the cattle kraal.

“He is here. But he is very angry,” she says in Sepedi.

She keeps on talking, sometimes breaking into brief bursts of laughter as she walks. The family follow briskly behind her. The frantic monologue continues while at the same time she swings the stick this way and that. She comes to a stop by a little acacia tree sprouting from the dry, hot earth.

“You are here? Is it right here? Don’t fight. We are here to do the right thing according to your wishes.”

This goes on for quite some time. It appears whoever or whatever she is conversing with is furious and she is trying all she can to calm them down. She orders the Moleles to take off their shoes and go down on their knees around the spot she has identified as the resting place of Nkabe Molele. They spend the better part of the next hour conducting rites as dictated to by Nkabe through the healer.

The rest of the family help Manare demarcate the area with rocks, marking it as the official grave of their grandfather.

By late morning, as the Limpopo sun beats down hard on the earth the Moleles are headed home to Mohodi village, about 7km away, satisfied that they have fulfilled a long-outstanding spiritual obligation.

“It was important that we do this today. We have suffered. Nothing has been going right because our ancestors didn’t know where to find us. They were wondering why we had abandoned them,” says Manare.

“To us, the elders don’t die. They are just sleeping because the flesh is tired. But their spirits continue to live. If we abandon them then they will bring unspeakable suffering,” he says.

Nkabe Molele, Manare’s paternal grandfather died here in early 1936. According to those old enough to remember [most of them have died], he was buried somewhere around this spot where the cattle kraal now stands.

“We are told that he was a very gifted healer, a rainmaker. He had many children. They say he was born right here around, maybe 1815, I don’t know. They say the day he died in 1936 he called his family and told them he was dying and gave them instructions. And just as they walked away he took his last breath,” Manare Molele says about the grandfather.

The Moleles, who trace their ancestry to this place they called Sesele back to 1612, were violently chased off the land in around August 1936. Most of them fled to the top of the Blouberg mountains and eventually set up villages at its foot and all around it.

With the land now carved up into farms, for over 80 years they were unable to return here to perform customary rites. Those who remained on the land lived a life of servitude under the white farmers who had now become their bosses and new owners of the land under the oppressive laws of the whites-only Union of South Africa government.

The claim by the Molele clan is on the farm Blinkwater 100 LS in the Molemole District Municipality of Limpopo. It has been subdivided into 10 portions. It measures 19,876.36ha of fertile land which is now used as a cattle, crop and game farm.

Masilo Molele died shortly after lodging the claim. Yet, his voice resonates in his emotional submission to the CRLR.

“I was born there [Sesele], many years ago… After the arrival of the white men on our land they fought us and drove us away,” he wrote.

He was born on 29 March 1923. He was 13 years old at the time of the violent removals and when his father Nkabe died. He was 72 years old when the claim was first lodged in 1995. He had not set foot there at his place of birth in 59 years. He had not been able to visit his father’s grave and perform traditional rites for six decades. And he died before he could fulfil this.

In his submission, he makes a point to emphasise the repercussions the clan has suffered as a result of the breaking up of the spiritual bond with their ancestors and ancestral land through the forced removals.

“Our ancestral spirits are emphatically pressurising us to settle back there [Sesele]. Our children are increasingly getting shot, killed, don’t get jobs, bad lucked [sic] due to that.”

Two Molele sons were shot dead over the years. Manare survived a gun attack after he was shot while walking in Soweto where he lived as a migrant worker in 1992. As he lay on the ground after he was shot, his attacker trying to finish him off, a strange, fierce man who appeared to have dropped from the sky like an eagle fought the gunman.

“I had never seen that man before. But he was fighting this gunman, telling him, ‘You will not kill this man.’ When he tried to shoot this man his gun didn’t work. But when he pointed in my direction it fired,” remembers Manare.

After spending weeks in hospital recovering, his father, Masilo, took him to three different spiritual healers in search of answers. They all pointed to the restless souls at Sesele as the source of the attack and the bad luck afflicting the clan.

Yet even after the 1994 election that marked the official end of apartheid and its racist policies, the Moleles were not allowed to set foot at Sesele. One of their attempts, in 1996, ended in violence when a commando of armed white men in military uniforms violently stopped them from accessing the farms, spilt the beer they had brewed for the occasion and assaulted some of the clan.

The land claim has dragged on for 22 years. Manare, who took over the clan’s efforts to reclaim the land following the death of his father, Masilo, has lost count of the number of meetings he’s attended in a bid to resolve the claim. He is also chairperson of land claimant communities in the Capricorn district of Limpopo, many of whom face similar challenges. He’s led marches to the regional CRLR office in Polokwane and to the Union Buildings in a bid to get finality on the matter.

Manare says they were recently informed that the current owner has accepted a settlement offer for the land. The CRLR will brief the community towards the end of this month.

The Moleles hope the long wait will soon be over and they can implement their plans to turn the farms into productive entities through pigs, poultry, maize, cattle and other forms of agriculture.

Now that they have begun the process of re-establishing the broken connection to the restless souls at Sesele, perhaps the Moleles have begun an era of nothing but more good news with regard to their land. MC 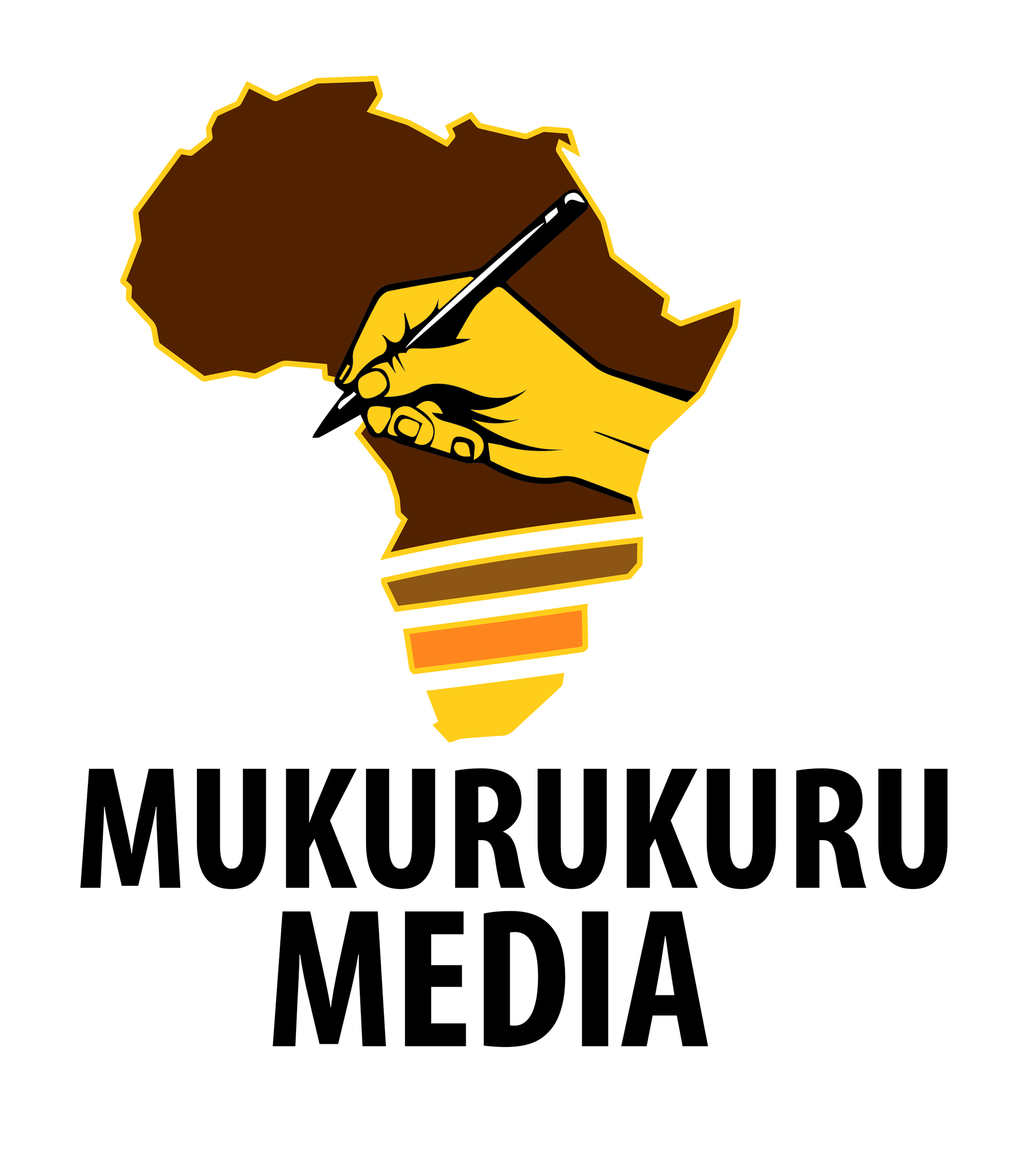