‘He Had it Coming’: Challenging South African stere...

‘He Had it Coming’: Challenging South African stereotypes 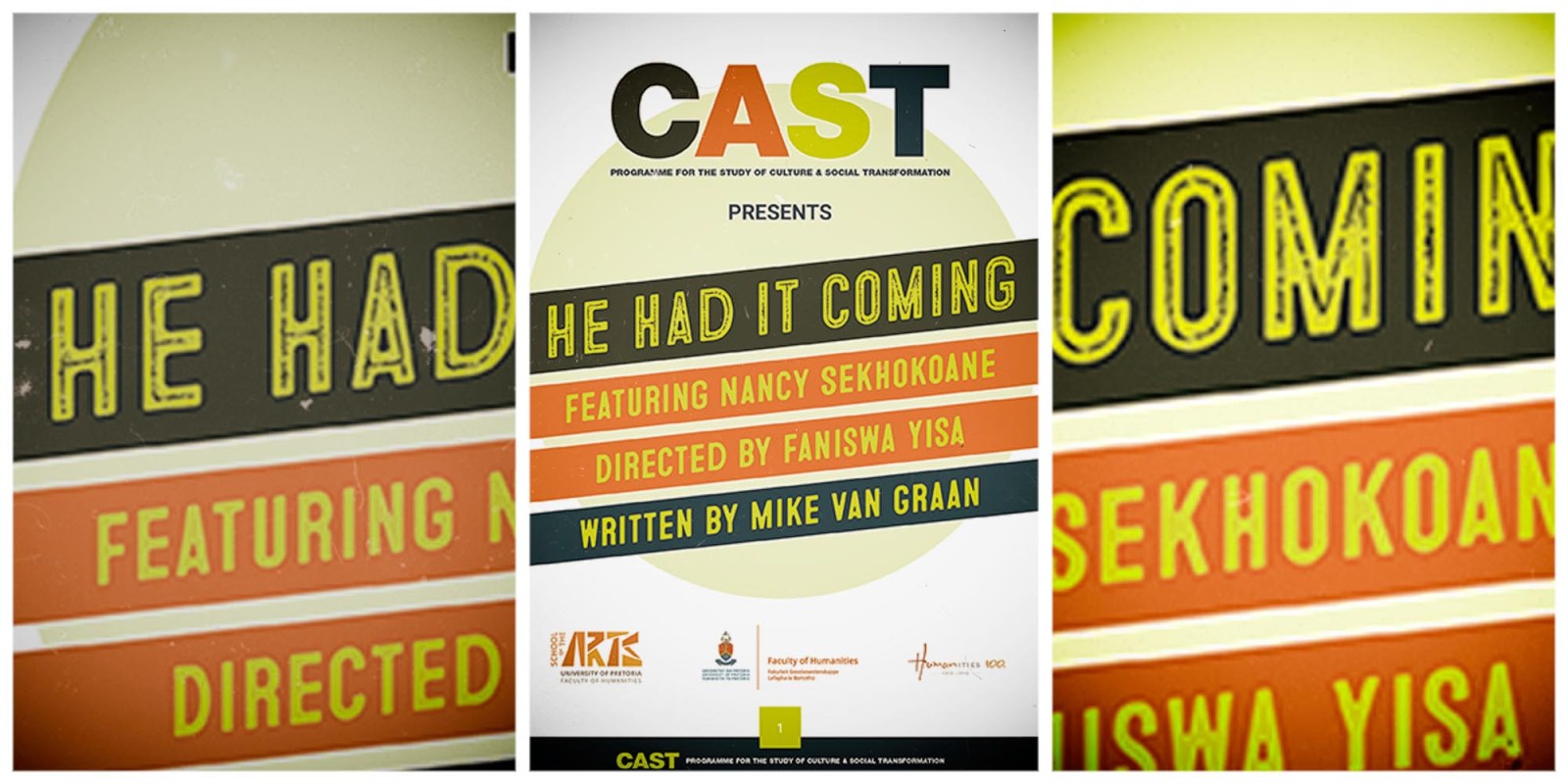 Mike van Graan premiered his play ‘He Had it Coming’ on Wednesday 16 October at the Javett Art Centre at the University of Pretoria. The play is a social and political commentary on contemporary South Africa.

We arrived at the Javett Art Centre, which I’m ashamed to say that as a Tshwane native I did not know existed until my invitation, and were greeted by an energetic and broadly smiling Mike van Graan. We were there to watch his one-woman play, performed by Nancy Sekhokoane, Fleur du Cap 2019 Most Promising Student, directed by veteran actress Faniswa Yisa and written by award-winning playwright Mike van Graan.

The play is called He Had it Coming, which we subsequently find out is a play on the line from Chicago, the musical theatre production and subsequent film.

The play, part of the week-long programme for the Study of Culture and Social Transformation (CAST), takes a satirical look at contemporary South Africa. It revolves around our current hot-button issues of social cohesion, racial tensions, class, privilege, Afrophobia and gender-based violence.

CAST is a programme of events curated by the University of Pretoria Humanities Faculty, Javett Art Centre and Future Arts, with the aim of fostering a communal and more enlightened understanding of culture and social transformation using the creative arts as a conduit for discussion, reflection and critical engagement.

A motley assortment of character skits is acted, sung and danced by Nancy Sekhokoane as she caricatures each stereotype without missing a beat, prompting the audience to cheer in approval and recognition at the accuracy of their portrayal. These are all samples taken from Van Graan’s previous plays Pay Back the Curry, Bafana Republic, State Fracture and Land Acts.

The play expertly uses non-threatening humour that forces the audience to look at themselves and question their acceptance of these stereotypes with the same patience we would display for an old, infinitely politically incorrect aunt.

The crowd laughs particularly loudly when the character of a middle-class white woman asserts emphatically that she will not be leaving South Africa despite most of her friends and family emigrating because of the crime and downward economy, a direct reference, of course, to the #ImStaying movement on social media. The attitude reflected a sense of superiority by some white people of this movement who for all intents and purposes still remain.

One of the characters explored the racial tensions of a black comedian tackling the topic of privilege as he gave a comedic performance in which he goes on to lament that he has been an “emerging talent”, while his white peers do not have the “emerging” before their titles. This, he goes on to intimate, is as a result of their professional networks, inheritances, education opportunities, access to the economy and the fact that the world operates in their language. All of these advantages do not apply to the average black person who goes through life on the perpetual back foot yet is expected to perform at a similar level.

Another noteworthy caricature was one that relates to the play’s title, He Had it Coming, adapted to South African stories of women who were abused by men but refused to go down without a fight. It encapsulated the current unacceptably high level of gender-based violence.

Mike van Graan is expert at writing plays that comment on the intersections of societal experiences and mutually negotiated South African spaces, a trait that was pivotal in ensuring the play hit all the right notes. MC