Beyond the Lemonade Stand: Raising kids with an entrepreneurial mindset 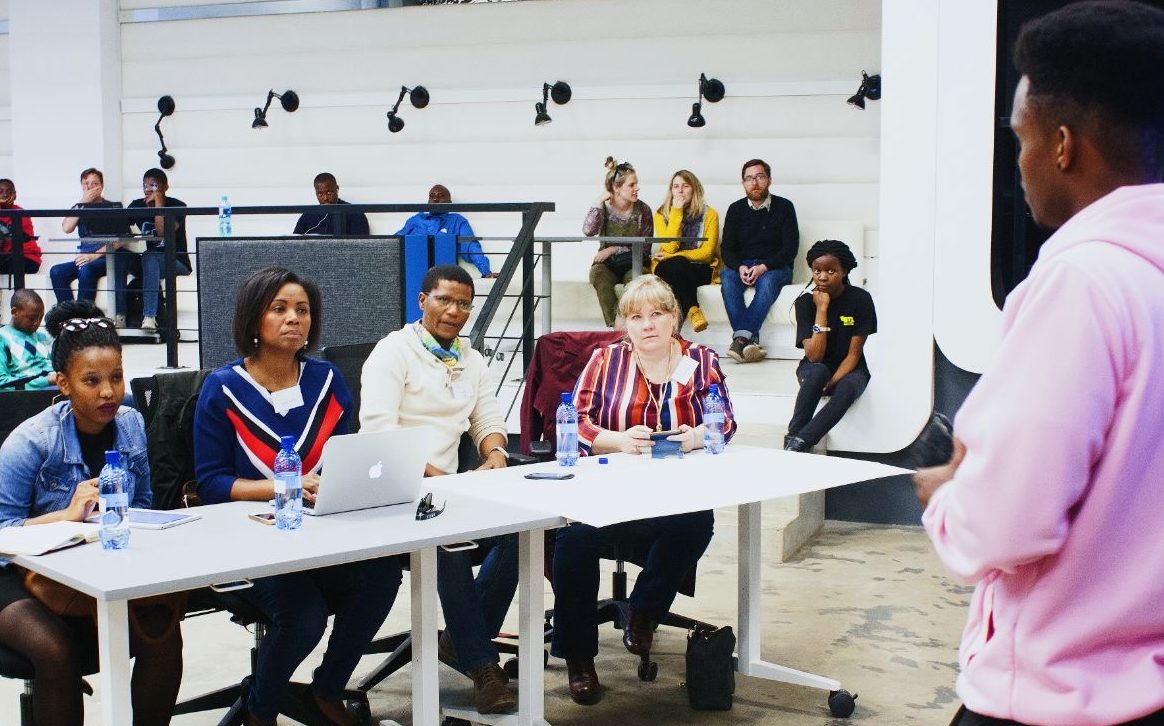 Over the last couple of decades, the nature of work has changed drastically. Social entrepreneur Thokoza Mjo is on a mission to equip young South Africans with the skills to meet those new challenges, including rising unemployment.

“The world is changing drastically, and because of technology the changes are happening a lot quicker than they have in the last 20 years. A young person needs to have the ability to identify opportunities to add value, because the world of work is becoming more and more focused on what value can one can add.

“For a young person who grows up with an entrepreneurial mindset, whether employed or self-employed, what drives their decision-making is an understanding that they are being paid as a form of value exchange; that kind of approach ensures that they will always be in a position to generate an income, whether through employment or freelancing.”

Mjo has seen that even employers who are not necessarily looking to employ someone often create space within their businesses when they come across the kind of people who identify gaps in their businesses and offer them potential solutions.

According to StatsSA, in the first quarter of 2019, unemployment among people aged 15-24 rose to 55.2%, and among graduates it sat at 31%. The total unemployment rate then was 27.6% — this has since risen to 29%. Add to that the changing nature of work, and the situation becomes far more dire for many young South Africans of working age.

For Mjo, the escalating unemployment statistics, as well as her engagement with teenagers, highlighted the importance of cultivating an entrepreneurial mindset not only among the youth, but also in their parents.

She says: “Many parents aren’t keeping up with the changing world of work. I would work with the young people but then they go home and their parents would reject the new format because they don’t understand it; they’re not exposed to it. They’re still supporting and preparing their children to take on job opportunities that existed 20 years ago.

“Some still hold the view that a distinction in matric and a degree is enough to open up opportunities. And, unfortunately, that’s no longer the case. Their perspective has to change from ‘I’ve got a degree, hire me’ to ‘I’ve got a degree, how can I use what I know, to help you do the things that you need to get done in better way?’”

Some of the young people Mjo has worked with through Beyond the Lemonade Stand have gone on to start successful businesses at a young age. Eighteen-year-old Rabia Ghoor launched Swiitchbeauty, at the age of 14, eventually dropping out of school in Grade 10 to run the company full-time: the beauty business is now reported to move between 2,500 and 3,000 units a day, employing a team of six. Another success story is Lindelani Nedoboni, who started the Johannesburg fashion label SWANK JOZI, and is now using the profits from the label to pay his tertiary education fees.

“I think how the parents engage with their kids has to change. Because of the experiences that they’ve had, the exposure that they’ve had, you’ve got to view them as somebody that knows enough to be able to bring a solution to a particular challenge. It doesn’t matter how small,” says Mjo, noting that parents often look at their kids as empty vessels that need to be filled.

“As a parent, you need to see your kid as somebody who has knowledge and understanding, and your job is to help elicit that information, get that experience out of them.”

Some of the techniques she advises parents to implement include telling them to occasionally present children with challenges that they as parents are facing at work and asking the children how they would solve them.

“That already plants the seed in their minds that, ‘Oh my goodness, I am capable of solving really important issues. My ideas matter.’ So that’s sort of like a very small thing that you can do at home.”

Mjo also emphasises the importance of linking allowance to a form of activity, so that children learn that, “You don’t just get given things, you earn, because ultimately the exchange of money is about recognition of the value one adds. So if you want a hundred bucks, the activity, or the impact of the activity must match R100.”

Although she officially launched Beyond the Lemonade Stand in 2014, its actual work started back in 2006 when she was at university studying investment management. She started a career guidance programme for teenagers, especially those in rehabilitation centres who had lived or worked in the streets.

Initially, she found that because many had been “hustling” on the streets, they were reluctant to take up opportunities to pursue formal education.

“So, we started running career guidance workshops with those young people, just helping them to understand what the opportunities are in terms of building different careers. But, in those conversations, I realised that because the world is changing so quickly, we can’t just talk to young people about careers from the perspective of being an employee. Or from the perspective of, ‘You get a degree and you’ll be guaranteed a job.’”

Another question she came across repeatedly was from matriculants who wanted to apply for tertiary education but didn’t have the money required to send their application forms.

“It became clear to me that one of the most important skill-sets for a young person to have, is the ability to generate their own income, so then I started Beyond the Lemonade Stand to help them identify opportunities to generate income where they are, so they can meet their most immediate needs. Could they be the person washing their teachers’ cars after school so that they’re able to make that R200 so they can send their university application? Could they offer babysitting services in their neighbourhood?”

After graduating in 2008, Mjo spent three years working as an investment analyst, and during that period she realised she wanted to focus on youth development. That led her to enrol for social entrepreneurship qualification at the Gordon Institute of Business Science.

Eventually, her work with individuals and small groups led her to realise that to make a greater impact she needed to collaborate with corporates and other groups. She has partnered with the Anzisha Prize programme, a partnership between the African Leadership Academy and Mastercard Foundation, whose goal is to “significantly increase the number of job generative entrepreneurs in Africa,” with a focus on entrepreneurs between the ages of 15 and 22.

In addition to a lifetime fellowship, the three annual winners of the grand prize, as well as nine runners-up share in a prize of $100,000.

“With [the] Anzisha Prize, they are already involved in the entrepreneurship development space. And what they’re looking for is expertise in terms of putting programmes together for the entrepreneur that they are already supporting. They work with the same age groups Beyond the Lemonade Stand focuses on, but it’s across the continent as opposed to just limited to South Africa with my other clients,” she says.