A social upliftment project with heart 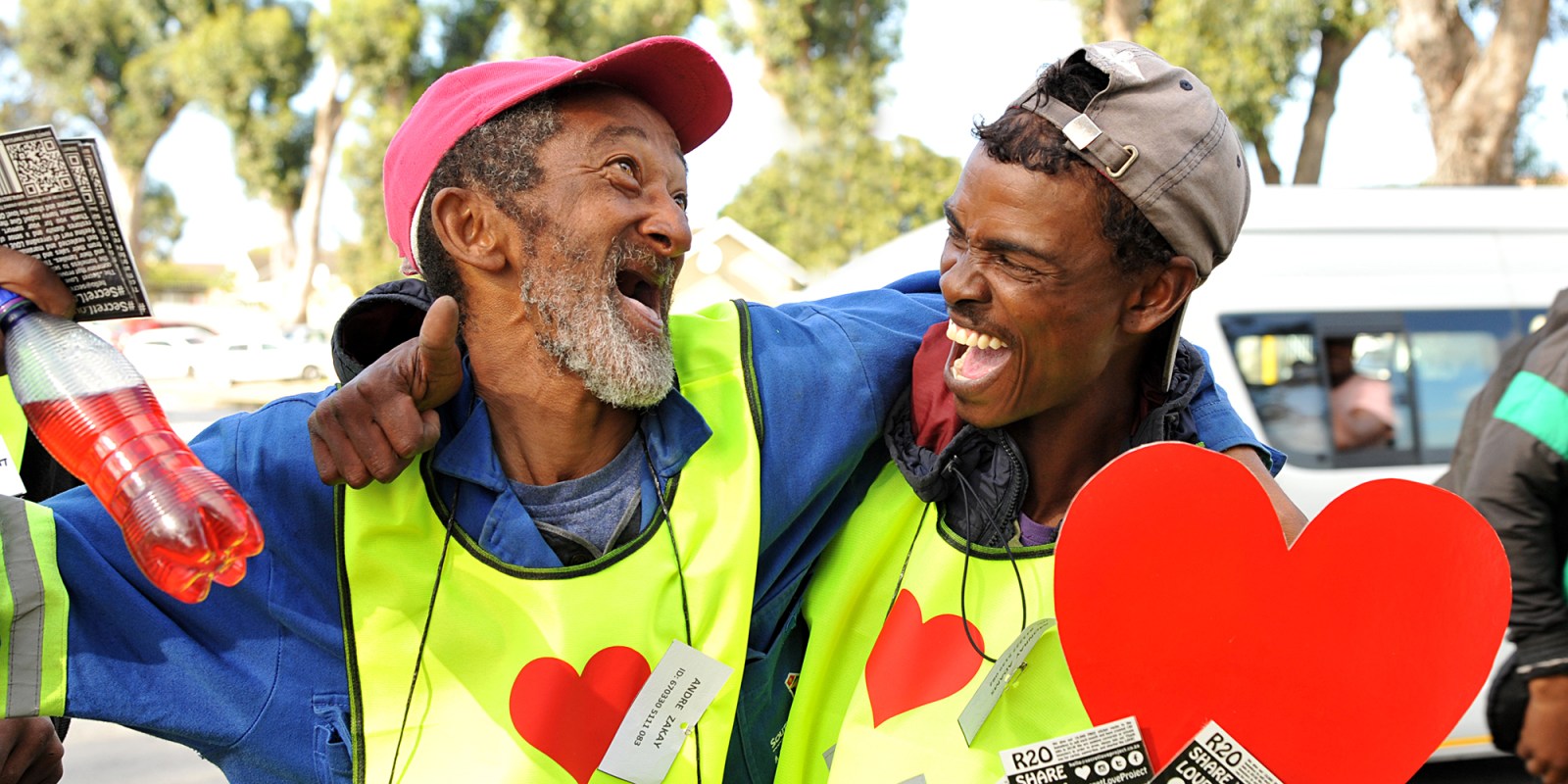 As unemployment increases and the economy weakens, the sight of homeless people begging at intersections has become an all too familiar sight. In Nelson Mandela Bay, a small group of citizens has brought the #SecretLoveProject from Cape Town, donating packs of heart-shaped stickers to the homeless so they can make at least R40 a day to afford a bed in a shelter and a hot meal.

Andre Zakay, 52, has been on the street for four years. He holds a law degree from the University of the Western Cape. He has been saving his money and needed another R140 to put down a deposit on a place to stay.

On Tuesday morning he sold enough stickers to get this money.

“Tough is not the word for the streets. It is cruel. Every morning I get dressed. I make sure my nails are cut and clean every morning. I don’t want to be dirty. But people still treat you like trash.

“I am on the street at the moment but only for the next few days. God willing, I managed to acquire a place last week. I was exactly short of R140 to move in. I made R140 this morning. I am grateful for good people.

“I was raised in a family where we didn’t beg. I landed up in the street by choice. It was through my own wrongdoings and wrong associations. I am proud to say that I have learned my lessons.

“The first vehicle that stopped called me to them. They were telling me that in this beautiful country, despite the crime and despite the violence, there are people who love me. I am grateful.”

Romeo Trompeter,31, has been living on the streets since 2009.

“I grabbed this opportunity with both hands,” he said. “I was so friendly with everybody. I wished all of them a really good day. If they were unfriendly I still wished them a good day. I try to be a better person.”

Monray Adams, 38, moved to Port Elizabeth from Cape Town in 2016 to be with his son.

“He is nine years old now. There are so many children who are growing up without a dad. I thought I won’t let that happen to him. Even though it is tough for me to stay on the streets it is better for him to see his dad.”

He said he liked selling stickers.

“It is almost like I learned something new. I like to work. I think I can be good at a sales job. I like going on a little. I am from Cape Town mos. Now I am sorted with a bit of money and I also gained a bit of courage.”

Miranda Paulsen worked for 47 years as a social worker at the MES Shelter for the homeless in Port Elizabeth. She volunteered to screen candidates to take part in this project.

“We have seen the number of homeless people rise. So many of them are coming to shelters to seek assistance. The economy is bad and there are no jobs for them.”

She said it was difficult to choose people and while people raise concerns that the money will be used for drugs or alcohol she can only hope they will use their new income responsibly.

“We choose them carefully. But it is difficult. A lot of them are very eager. For this project I chose 20 – the ones that are here are really serious to do it. It is difficult to screen them – we hope they will use the money for the right thing,” she said.

“If you worked at the homeless shelter for as long as I did there are many good stories to tell, but also bad ones.”

She added that in her close to 50 years working at the homeless shelter she has seen what an impact a safe place to sleep, a warm bed, a shower and meal can make.

“A shelter is a human dignity issue. Just a warm bed and a shower helps with self-esteem.

“Giving the men an opportunity to make money without having to beg is wonderful,” she said.

According to the latest Quarterly Labour Force Survey, published in July, the unemployment rate in the Nelson Mandela Bay metro is 37.8%

Nicola Smith from Project Nelson Mandela Bay said she found out about #SecretLoveProject while on a work trip to Cape Town.

“I saw a heart on a lamp post and asked around. Then I met Michael Elion who started this project in Cape Town and we got it going.

“The purpose of the #SecretLoveProject is to restore dignity to the homeless. Instead of begging they can do something. They need to sell two packs of stickers a day and that will buy them a night in a shelter and meal.

“We just do our little bit to see a change in the city. We are saddened by what is happening here. We just want to do what we can.” MC