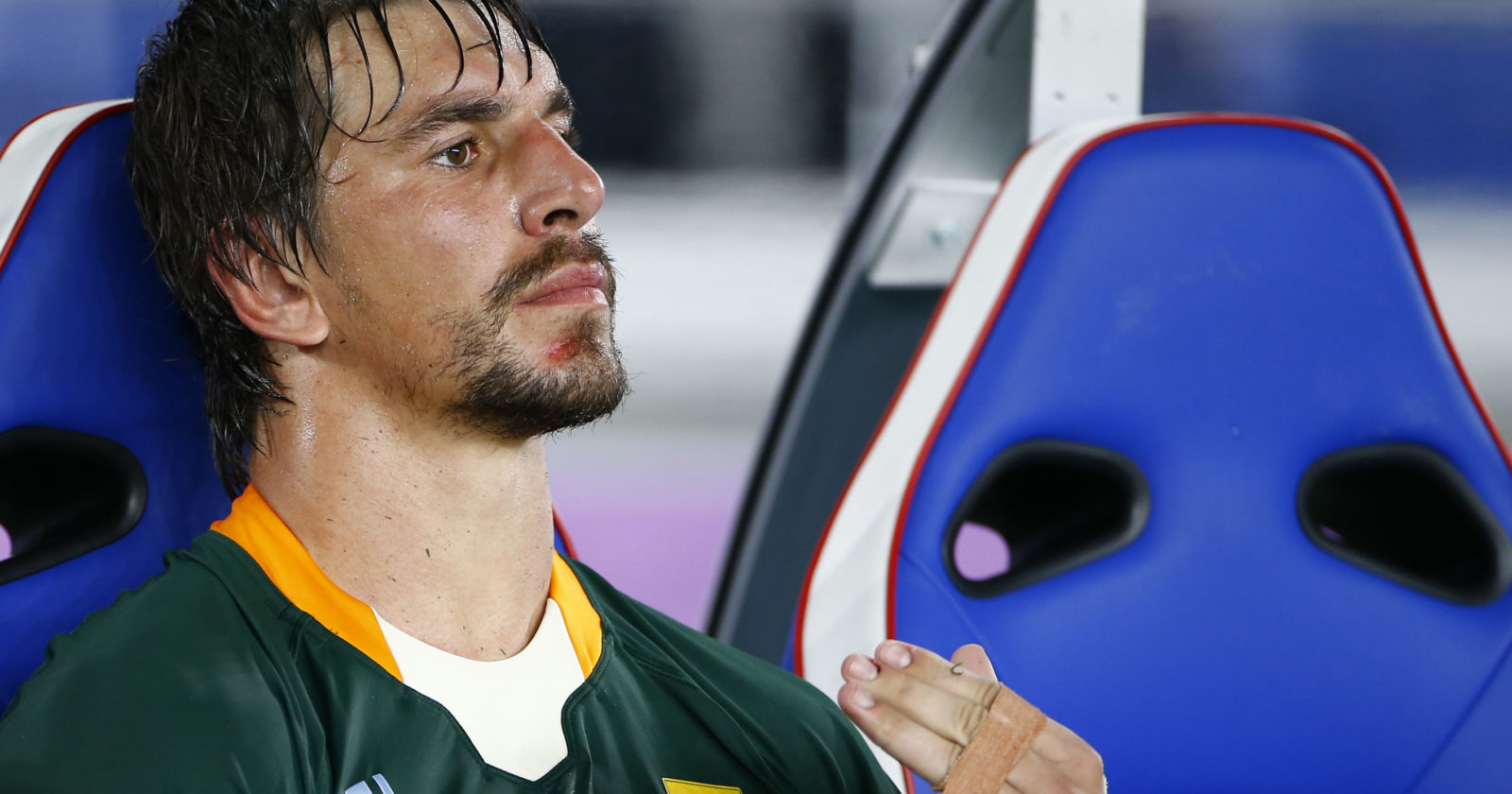 Eben Etzebeth of South Africa during the Rugby World Cup 2019 Pool B match between New Zealand and South Africa at International Stadium Yokohama on September 21, 2019 in Yokohama, Japan. (Photo by Steve Haag/Gallo Images)

Springbok lock Eben Etzebeth will fight back against the South African Human Rights Commission (SAHRC) because he believes there have been irregularities surrounding the investigation.

Eben Etzebeth, currently at Rugby World Cup 2019 in Japan, was accused of a racial slur and of assaulting a man in a Langebaan bar on 25 August.

Four alleged victims who’ve called themselves the “Langebaan Four” lodged a complaint with the SAHRC after the incident occurred. The complainants claim Etzebeth physically assaulted them and referred to them as h*tnots outside a Langebaan pub called Die Watergat.

Etzebeth has denied these claims.

Seven weeks on there have been no formal criminal charges brought against Etzebeth by the National Prosecuting Authority (NPA). But a complaint was made with the SAHRC and they instituted legal proceedings against the rugby player at the Equality Court on 2 October.

This is where the matter becomes murky, Etzebeth pointed out in his 49-page affidavit lodged at the Gauteng High Court on Monday.

In the court papers, Etzebeth is seeking to have the SAHRC’s decision to institute legal proceedings at the Equality Court set aside and for the SAHRC to conduct a “proper investigation” into the matter.

The basis for Etzebeth’s Notice of Motion is multi-faceted but it boils down to his argument that it is a highly politicised case and that he has issues with the conduct of the SAHRC.

He challenges the legality and impartiality of the process and the SAHRC’s failure to complete an investigation before approaching the Equality Court.

Etzebeth has also demanded that a “proper investigation” takes place, as constitutionally required by Section 15 of the SAHRC Act relating to complaints and handling procedures.

If an investigation is started, Etzebeth has requested that none of the commissioners involved in proceedings up to this point be allowed to conduct the fresh investigation.

The former Bok captain feels that by not conducting a full investigation into the claims against him, the SAHRC has abdicated its responsibilities and did not follow due process, denying a fair hearing to clear his name.

“This matter concerns the powers and obligations the commission has when it investigates a complaint as an independent and impartial constitutional institution,” Etzebeth stated in his affidavit.

“Specifically, it concerns whether the commission may, once it has decided to investigate a complaint, decide summarily to abandon that process, to make common cause with the complainant, and to institute legal proceedings against a respondent (Etzebeth) – without affording the respondent any procedural rights.

“The Commission decided to investigate the complaint. I met with Commission members on 29 August 2019, the day before I was to leave for Japan with the Springbok rugby team. I attended this meeting on less than 24 hours’ notice, and under threat of criminal sanction if I did not do so.

“At that meeting, I was given an undertaking that the matter would be investigated, and that I would be provided with the details of the complaint against me and given an opportunity to respond in full, once I returned from the Rugby World Cup in Japan.

“This did not happen. Instead, the commission decided abruptly to terminate its investigation. It says it has brought proceedings against me in the Equality Court and has conducted an aggressive media campaign against me.

“Its representatives have accused me of hate speech; assault and attempted murder. They have said publicly that I should be in jail, that the commission would make sure that I ‘do not get away with it again’.

“I submit that the commission’s conduct is unlawful.

“The purpose of this application is not to try to prevent the allegations against me from being fully investigated and ventilated.

“I am entitled to a proper, lawful investigation, and so are the complainants.”

Jones demanded Etzebeth’s recall from the World Cup, attempted to have the investigating officer of the case changed and might have assisted complainants in laying a R1-million civil claim against the player.

Jones, in an interview with Daily Maverick on 2 October, stated: “We have asked that this matter be handed over to another investigating officer and we will be holding a watching brief to monitor the criminal prosecution of this matter.

“We are also going help with civil action against Mr Etzebeth by assisting the victims that want to pursue a civil case.

But when Daily Maverick approached commissioner Andre Gaum of the SAHRC several days later, he had a different view from his colleague.

“Our (SAHRC) position is that we are not pushing for him (Etzebeth) to come back from RWC 2019,” Gaum told Daily Maverick.

“Due process needs to be followed. It is also important to note that there is a factual dispute in this matter.

“The commission has opted not to investigate the matter ourselves, and then come out with certain findings, directives and so on. We have chosen to approach the court and that court will have to determine the factual position.

“It will have to decide whether or not Mr Etzebeth uttered the ‘H’ word and if the court finds he did, then it will determine the sanction.

“If the court finds that he did not say it, or cannot come to a finding, then obviously that’s the end of the matter.

“The principle that applies is, one is innocent until proven guilty. That’s what should apply because it is vital that due process is followed.”

Despite Jones’ assertion that the commission might assist with a civil case against Etzebeth, Gaum dead-batted that idea when asked if it was standard procedure for the SAHRC to take such a position.

“The commission has not taken a decision to assist with civil action as such,” Gaum said. “The decision that was taken by the commissioners to take the matter to the Equality Court.”

Gaum’s confirmation that the SAHRC chose not to investigate the matter and rather allow the Equality Court to rule on the issue, is at the heart of Etzebeth’s challenge.

Etzebeth is currently preparing to play against Japan in the quarter-finals of Rugby World Cup 2019 in Tokyo on Sunday.

The fallout has followed him throughout the campaign, which has at times been a distraction for the team. One insider said the controversy was weighing on Etzebeth but that he had been channelling his emotions in the correct way by focusing on his form and performances at the tournament. DM