The fine art of infecting a city 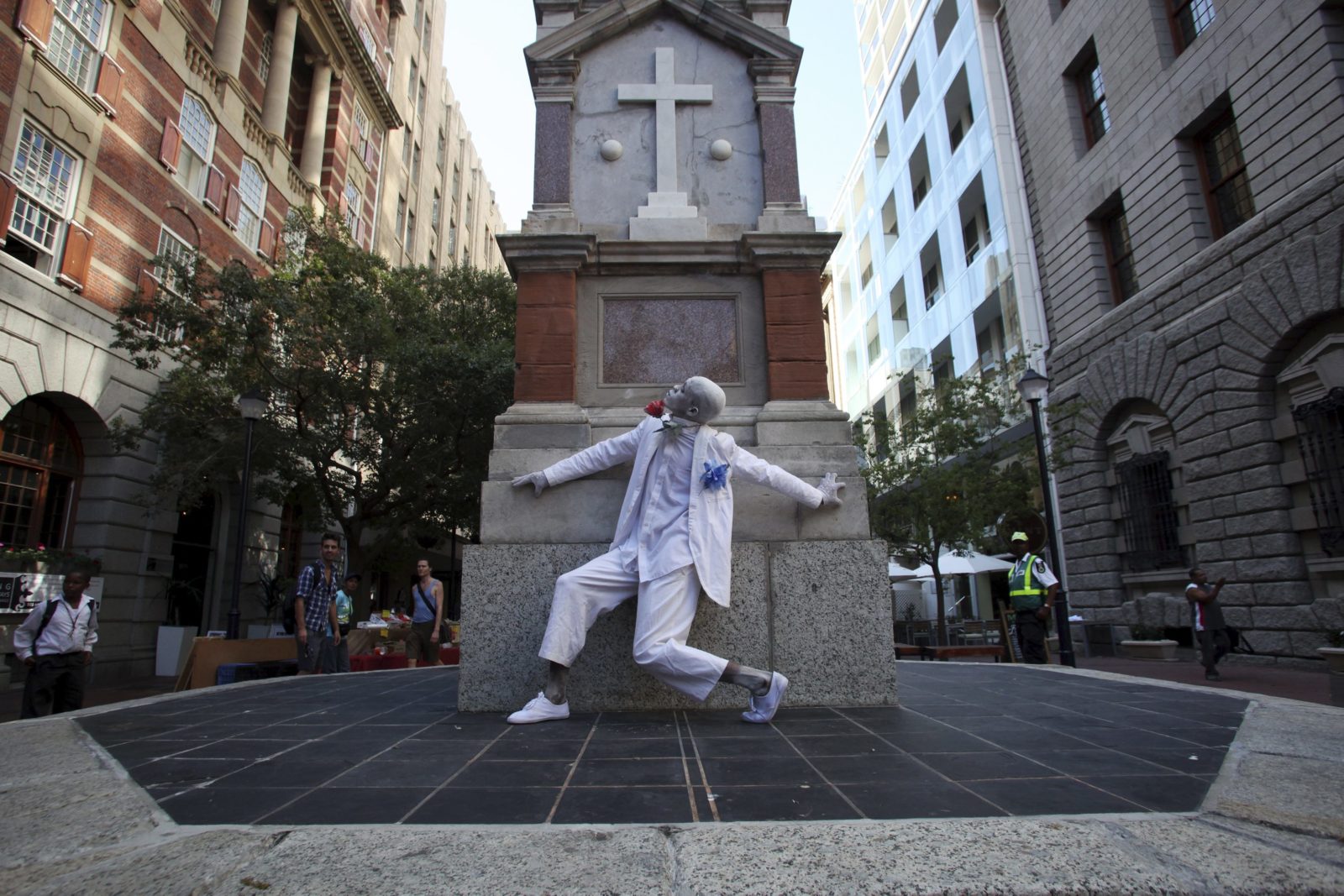 Public art is neither new nor recent — it is theatres and art galleries that are new in many societies. There has been public art for centuries, especially in Africa. Rock art paintings and carvings are but a small indication of this. Interpreting and understanding our material and spiritual worlds through the exchange of symbols and metaphors have been public acts since ancient times.

This open access created a sense of togetherness, of communitasas well as engaging the imaginations and inspiring the creative lives of a community without expecting them to get any special access, except that they were citizens. It follows that a public art festival has deep resonance for contemporary society.

Of course, with changes in communities, colonialism, the disruption of community and the proliferation of different cultures we were separated, not just from each other but from this open access to the world of metaphor and imagination, to our appreciation of art and artists and the possibilities for a rich discourse among a range of people from all walks of life. Infecting the City is a small step to try to ameliorate this.

The Infecting the City festival was started 12 years ago by the vibrant Africa Centre and the intention then was to take the arts out of institutional holding houses and onto the street, infecting the city.

While we were aware of the negative connotations of an “infection”, we were also clear that this was not a festival just to beautify the city of Cape Town. The infection is also meant to be a disruption. Cape Town has some of the greatest inequalities in the world and artists have referred to this topic repeatedly in their work.

The festivals have also included powerful works that have dealt with the idea of citizenry: who is Cape Town for? In addition, several artists have looked at memorials and through their work raised debates about a city still unable to imaginatively be inclusive in its iconography and public memorials.

The festival has often featured works, as the current one will, around women and the vulnerabilities of LGBTQ people in a society that grapples with its extraordinary and pervasive resort to violence. There were works that created visibility of all the city’s identities and cultures, and not just the mono-culture that often seems to dominates Cape Town.

A striking work by Tebogo Munyai involved erecting shacks in the centre of the city in which he curated several intimate, interpersonal performances. The only way to view these was through what resembled tiny bullet holes in the walls. Artists like Munyai are concerned not just with the subject or the issues but innovative ways to do this and to create a deeper understanding of the subject.

While the artists delve into complex, emotive and difficult issues such as xenophobia at this year’s festival, this is done with meticulous attention to freshness of form and avoiding the trap of simple statement-making and rhetoric. This has resulted in festival after festival of invigorating work.

There are works that inspire, that invite us to dream, that ask us to imagine better futures; there are works that are whimsical and indulge in the sensorial and fantastical. The city can be alienating and many artists in previous festivals have turned the city into a sensorium.

In one iteration, an artist imbued Cape Town’s fountains with the essence of surrounding forests and suddenly in the middle of Strand Street we were assailed with the most unexpected fragrances. Another artist turned a wall into velvet arms by skilfully covering the wall with a layer of fabric, behind which a performer offered free hugs to passers-by. Then there was the artist who created a carpet of a hundred metres of red rose petals from the Cape Town Station, providing especially the city’s workers with a sensorial, welcoming entry into the city.

The festival has seen mini art galleries with stimulating visual artwork on St George’s Mall, and an artist using full-body paint to merge performers with the city’s concrete landscape, its trees and pavements, surprising motorists and pedestrians and creating moments of wonder in what can be unforgiving spaces. There have been performances inside a car, in a shop window, on the highest of buildings, with a tractor, as well as in the city’s squares.

While public art tackles critical issues, there is much room for play, for conversation and for connecting. Artists are at great pains to understand and work with the audiences. Audiences at the festivals range from the people who know and come for the festival, to those who don’t, since the festival occurs mainly where there is a high footfall of Cape Town’s citizens. These two kinds of audience merge, creating spontaneous and rich interaction.

The festival this year also follows an “ambulatory” format: works are installed on a route and audiences are led from one work to another, seeing sometimes 6-8 productions one after the other.

Being led in this format produces delicious results.

The works range from the conceptual to the readily accessible. This has resulted in audiences developing a range of responses and connections to the works, making the festival a rich experience.

Perhaps the most enduring effects of apartheid are the inequality and separation that characterise our society. There are many initiatives to begin to heal this. But apartheid, like colonialism, was a massive project and we need everything we can that will engage our citizenry in sensorial, intellectual and emotive stimulation that engenders genuine conversation. And celebration. And play. ML