By Alicestine October for Spotlight• 16 October 2019 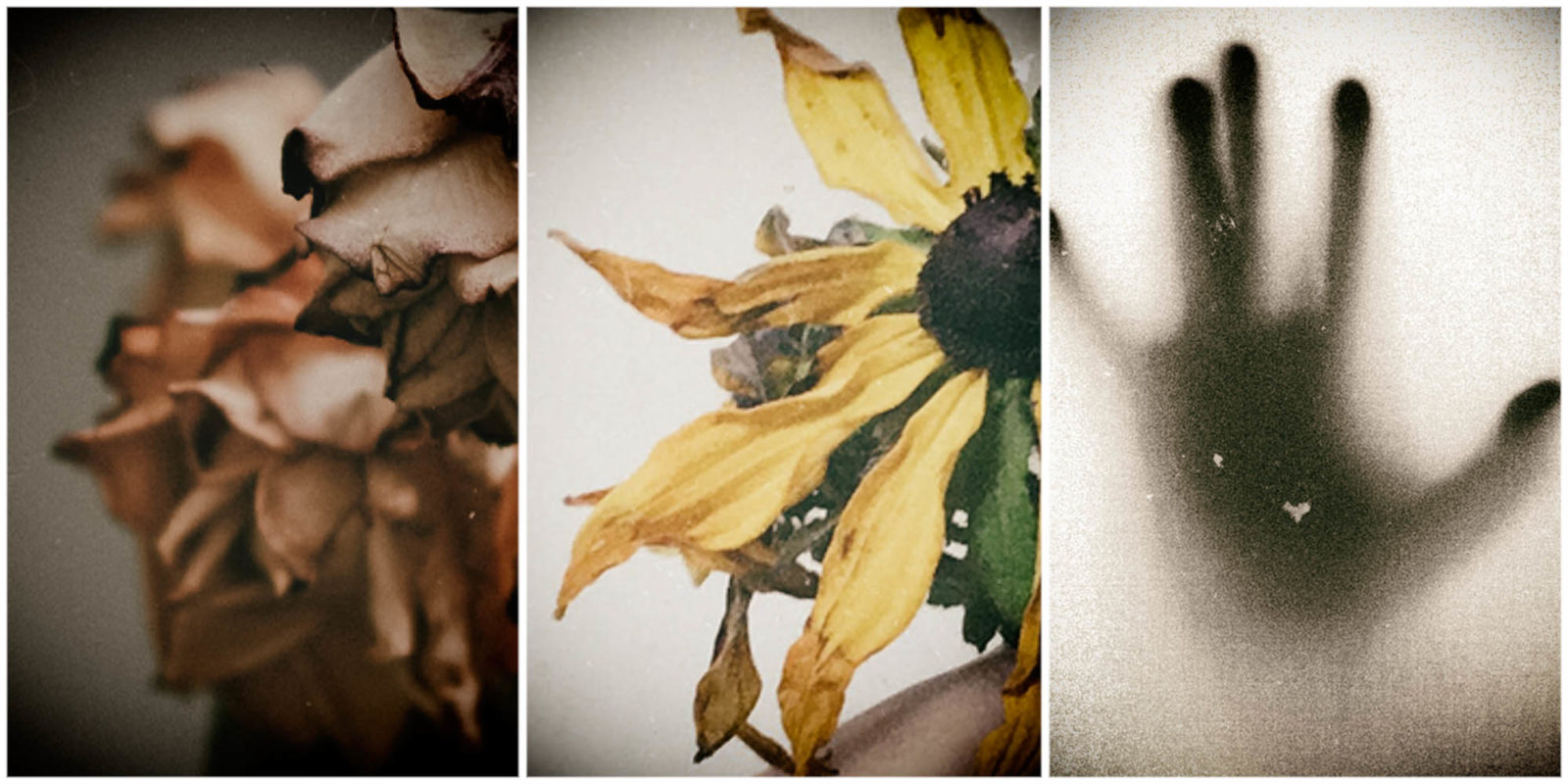 Shocking new figures presented in Parliament and the publication of an important new report suggest that little progress has been made since the unfolding of the Life Esidimeni tragedy three years ago. (Illustrative image sources: Annie Spratt /Unsplash | Stefano Pollio / Unsplash | Sean Kowal/Unsplash)

Some experts are calling for mental health reforms in South Africa following shocking figures presented in Parliament and a new report on mental health spending.

South Africa, like many other countries, is failing to achieve universal health coverage for mental disorders mostly due to budget and human resource constraints, stigma and often just a lack of political will.

Shocking new figures presented in Parliament and the publication of an important new report suggest that little progress has been made since the unfolding of the Life Esidimeni tragedy three years ago. It is against this background that renewed calls are being made for mental health reforms in the country.

Public health expert Professor John Ashmore called the under-servicing of mental health patients “shameful” and some in opposition parties like the DA have slammed statistics showing severe shortages of mental health specialists as a “department of health-sponsored mental health crisis” that will only lead to more deaths.

Wednesday 9 October 2019 marked two years since the start of the landmark Life Esidimeni arbitration. A total of 144 people with mental health conditions died during the transfer of patients from the Life Esidimeni facility to NGOs – many of which were unable to care for them. By September this year, nine of the transferred Life Esidimeni patients were still missing.

In a recent article published in the British Medical Journal, Professor Vikram Patel of the Harvard TH Chan School of Public Health in the US argues, “All countries have failed to achieve universal health coverage for mental disorders” and in this respect all countries (rich and poor) are still “developing to some extent”. Patel notes that in low-income countries, treatment gaps for mental conditions such as mood disorders exceed 90%.

Patel notes that countries generally invest “tiny fractions” of total health budgets on mental health that is not aligned to the burden of mental disorders.

Another recent study published by the Alan J Flisher Centre for Public Mental Health at the University of Cape Town and the Medical Research Council (MRC) highlights the health system costs of mental health services in South Africa. Based on data from the 2016/17 financial year, the study found that spending on mental health constituted 5% of the total health budget in that financial year. The study also found huge disparities between provinces in spending on mental health services, and against a context of a 90% treatment gap for mental conditions such as mood disorders in low-income countries, this is a reason for concern.

When Spotlight approached the nine provincial departments of health for more updated mental health budget data, only three provinces responded after more than a week.

In KwaZulu-Natal, departmental spokesperson Noluthando Nkosi said the province spent R1.4-billion on mental health in the current financial year, which amounts to 3.2% of the total provincial health budget of R45-billion. The department allocated a budget of R1.34-billion the previous financial year.

Nkosi told Spotlight there are a number of plans in place to enhance mental health, but budget constraints and scarcity of specialist skills remain a problem.

In Gauteng, the mental health budget represents 4% (R1.5-billion) of the total health budget this financial year. A departmental spokesperson for health Philani Mhlungu told Spotlight the current spending and budget is mainly in the psychiatric hospitals and is aimed at paying the salaries of health professionals, operational costs and procurement of machinery and equipment.

“Further budget allocations and spending are made to the five departmental districts to fund and monitor the non-profit institutions and service providers providing mental health services on behalf of the department,” he said.

The Western Cape Department of Health provided figures for budgets of psychiatric hospitals and community-based mental health services that show the department in the current financial year budgeted R24.7-billion, and R23-billion in the previous financial year.

The head of the department, Dr Beth Engelbrecht, told Spotlight that mental health in the province is integrated into the healthcare system and there is no separate budget for mental health.

“As the budget is integrated into the general health services in line with the Mental Health Act, any person can access the services at the hospitals or community health centres closest to their homes.”

She noted the advantage of such an integrated budget is that there is no restriction on mental health services at the primary healthcare level.

“The only areas where increases in the budget have to be planned for annually are in the psychiatric hospitals and community-based service,” she said. Even so, according to the UCT/MRC study and based on 2016/17 data, the Western Cape spent the most compared to other provinces (R307) per mental health patient, while Mpumalanga’s spending was the lowest at R58.50 for that year.

This costing study also found huge disparities in mental health personnel across provinces – something that Health Minister Mkhize’s figures confirm. Many of the specialists are based in health facilities in urban centres and predominantly in tertiary hospitals.

Mkhize’s figures show there were 10 healthcare facilities providing mental health services in Mpumalanga (a relatively rural province) with only three psychiatrists and seven clinical psychologists and no licenced NPO to provide services on an outpatient basis.

In the Western Cape, the minister’s figures show there are 37 psychiatrists and 31 clinical psychologists. The figures the provincial health department in the Western Cape sent Spotlight, however, state there are 57 psychiatrists and 42 registrars employed in the department – a contradiction that raises questions about the reliability of the data.

The UCT/MRC study also makes a case for integrating mental health into primary care. It argues health departments must develop outpatient care, especially at primary health level, since about 86% of the mental health costs in the 2016/17 financial year were for inpatient care.

A further finding shows almost 25% of patients treated in mental health hospitals end up being readmitted and costing the state R1.5-billion – significantly more than the R616-million primary care services for mental health costs in the same financial year.

Integrating mental health services into primary care is not a new idea, but countries have been getting it wrong for decades, argues Patel.

“Achieving such integration at scale will require nothing short of a wholesale re-engineering of the healthcare system,” he writes.

Dr Lesley Robertson, a community psychiatrist in the Sedibeng district of Gauteng agrees. Robertson told Spotlight it is not as simple as listing resource deficits in terms of hospital-based psychiatrists and psychologists and so creating the assumption that if there are more hospital staff, it would resolve challenges in mental health services.

“Whilst the resource deficits are undeniable and access to appropriate, quality mental health care is exceptionally limited, the problems, the service system, and possible solutions are extremely complex.”

Robertson believes we need a comprehensive, multi-stakeholder and evidence-based approach, which attempts to address the range of illness and behavioural problems.

“I believe we need to reappraise the entire mental health system structure. This is not just the government’s responsibility but also that of mental health specialists and the way we conceptualise psychiatric care, she said.

“This means that achieving mental health is a problem of all of society, not just the National Department of Health. If society could do one thing, it would be to curb the high levels of violence and trauma, which precipitate and perpetuate mental illness.”

Some administrative leaders in government, like Engelbrecht in the Western Cape department, also propose a rethinking of how mental health is approached. She argues the focus should be on the social determinants driving mental illness and thinking broader than just a reactive biomedical approach.

“Our big challenge is to keep people mentally well in a society where levels of hope, connected and meaningful relationships are deteriorating.”

The director of the South African Federation for Mental Health (SAFMH), Bharti Patel, told Spotlight this all can begin with provincial health departments committing to increase the amount they spend on mental health in order to place spending on mental health on par with spending on other health areas.

“Mental health is not only a health issue. It is a cross-cutting issue which should involve other state departments such as the departments of Social Development, Labour, Justice and Corrections, Women, Basic Education, Higher Education and Training as well as Planning, Monitoring and Evaluation,” said Patel.

Several attempts by Spotlight to get comment from the National Department of Health failed. MC

This article first appeared in Spotlight.