Why has getting Brexit done been so difficult? 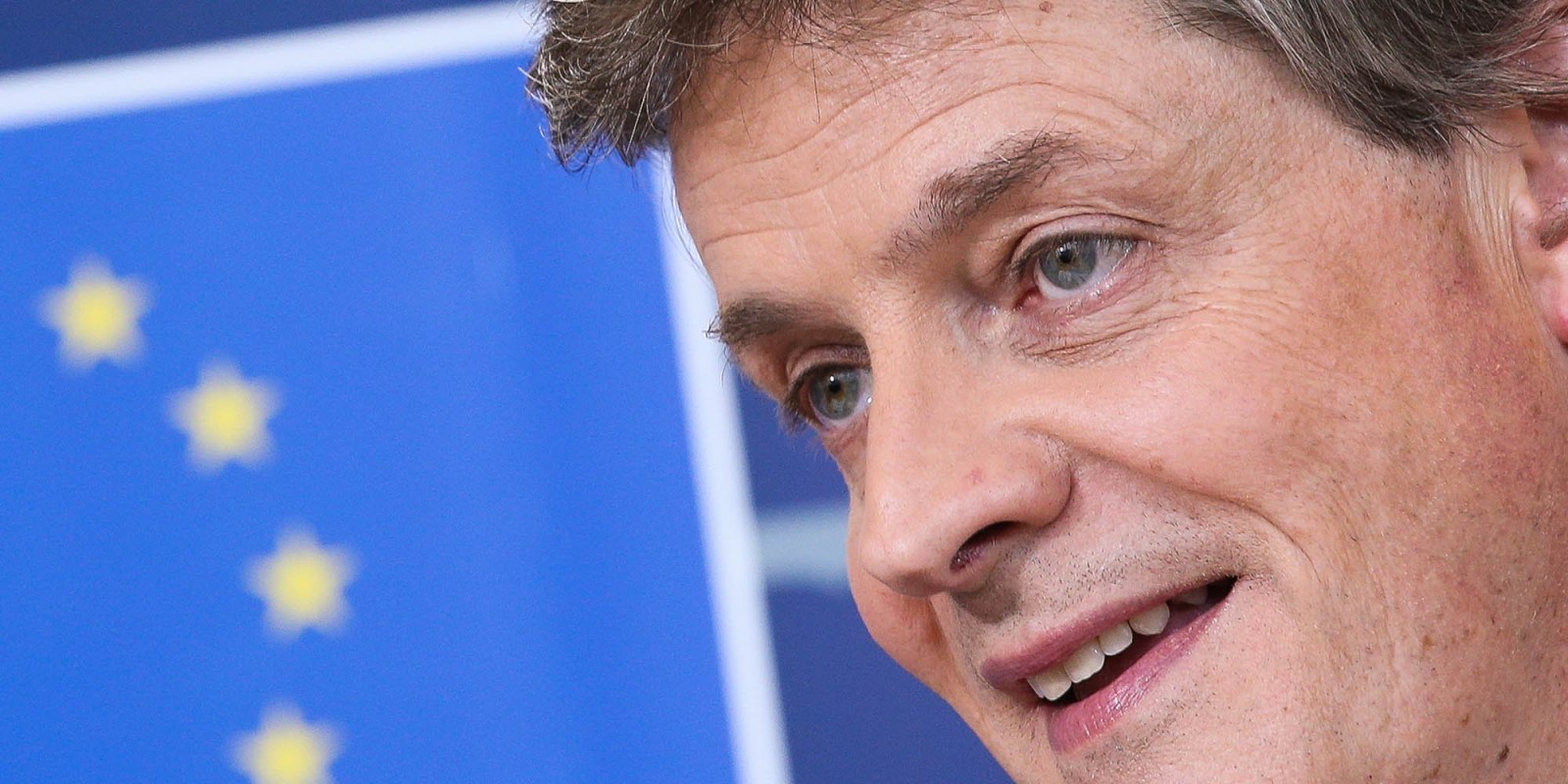 Jonathan Hill – Baron Hill of Oareford – was in Johannesburg last week, where he gave Toby Chance an insider’s account of the Brexit drama, to the point where just days before the supposed B-Day on 31 October, we still don’t know if and when Britain will leave the EU.

Jonathan Hill was created Baron Hill of Oareford by former Prime Minister David Cameron in May 2010, and appointed to the cabinet as Leader of the House of Lords in January 2013. In October 2014 he took up the role of UK commissioner to the EU with responsibility for Financial Stability, Financial Services and Capital Markets Union. He resigned from this position in June 2016, the day after the referendum result was announced. Hill now consults to a number of international companies on matters related to Europe and financial regulation. He comes with a unique insight into how the EU works as well as the machinations of Britain’s political system and its personalities.

Why has delivering Brexit been so difficult, I asked?

“I think the first reason was a failure of strategy and leadership on both sides. The EU and the UK didn’t start by sitting down, accepting the result and saying, okay, this has happened, let’s now spend our time at the beginning talking about all the things we have in common, all the things we want to keep, where we want to get to in five years’ time, all the positive things. Work through these before basically fighting over who’s going to get what when we split up.”

Hill recounted how shortly after the referendum he got into a conversation with a minister involved in the partition of Czechoslovakia in 1993, which he thought was an interesting analogy.

“The opposing sides agreed they weren’t going to fall out over this and began by looking at all the things they wanted to preserve in the relationship. This didn’t happen with Brexit.”

The EU was shocked at the result and nervous in the early days as to what its ramifications might be. The convenient explanation of what had happened, which was also being pushed by the hard-line Remainers, was that “this has only happened by accident, it was incredibly close, and it only happened because unscrupulous politicians lied to gullible, ignorant, racist, under-educated Northerners”.

Hill continues: “So for some on the European side it was reassuring to think that Boris Johnson had lied to people and stupid populists had swallowed it, rather than thinking, ‘um, I wonder if we played any part in this, and are there some lessons we should draw from this sorry episode; can we try and make sure the same mistake doesn’t happen again and Europe is closer to the people it’s meant to serve?’”.

That said, in Hill’s mind, the primary responsibility for the failure to deliver Brexit rests in the UK. He puts that down to character, personality, lack of political leadership and Britain’s ill fortune that simultaneously its two biggest parties were led by leaders who could not rise to the occasion.

“We needed a prime minister who could take decisions and move quickly to bring people together in a national endeavour, something which I thought perfectly possible in the aftermath of the referendum. Unfortunately, that wasn’t what we got.

“Normally what happens in our political system is that if one side messes up, the other lot gets to form a government. When Theresa May failed to win the general election in 2017, the writing was on the wall for her premiership. But our bad luck as a country has been that we have had a Leader of the Opposition who is generally thought to be unelectable. A half-competent Labour leader should have booted Theresa May out of office way back in 2017 or 2018, but she limped on until July 2019. So we have been trapped in a completely topsy-turvy situation whereby Labour MPs wanted to avoid an election not because they were afraid they would lose, but because they were afraid they’d win and Jeremy Corbyn would become PM. Labour could have tabled a confidence motion in the government weeks ago but they chose not to. We have now had an impasse for the best part of a year where a minority government – currently at minus 43 – is unable to pass a single piece of legislation.”

Hill sees this as fundamentally a Westminster political problem, where a manageable solution requires leaders to be honest about their available choices, be grown up with the Europeans, say to people there will be winners and losers and disruption by dismantling something they’ve spent 40 years building.

“The task of government is to try and help support those who are losing, mitigate those challenges, get through them as quickly as possible and try and maximise opportunities. And I think that was a doable goal.”

Hill’s main criticism of May is that she was never upfront about the choices that Britain faces.

“We have continued to go through this miserable phase when British politicians from all parties continue to assert that Britain can keep all the things that it liked about being in the EU while ditching the things it didn’t like. This was obviously never going to be on offer; you are either a member with the advantages and disadvantages that entails, or you are a third country with the benefits and disadvantages that that brings. It has also been a very introspective time, with politicians simply asserting how the EU side will react without taking the trouble to talk to them or to find out how the EU actually works. It has been massively depressing.”

Hill thinks that, early on, Theresa May could have delivered Brexit on her terms if she had moved quickly. “After the referendum, the hardline Remainers were flattened and the hard-line Brexiteers hadn’t really had to think about what Brexit actually meant. It’s been the delay and denial of reality that has polarised opinion to such an extent and forced more MPs into more extreme positions.”

After Theresa May lost her majority in the 2017 election, he believes it was clear she would have to compromise in order to construct a majority across party lines.

“I thought there was a strong, principled argument that she could have made as prime minister, which was: ‘When we joined the European Economic Community in 1972, most people thought we were joining something called the Common Market to enable us to sell our manufactured goods more easily to each other. I want to take us back to the Common Market, because that’s really what we had in mind when we joined. And to do that we need to be in the single market for goods and in the customs union. We also need to do that to keep the citizens of Northern Ireland secure. As prime minister, my first responsibility is to keep people safe and the country united. So we will be in a common market for goods – 20% of our economy – and free to set our own rules for services – 80% of our economy.’”

Hill thinks if she’d got on the front foot and made that argument she could have won it, even if she had alienated the hard Brexiteers within her party. It was all about securing a majority in Parliament to deliver on the referendum verdict, and there could at the time have been sufficient support on the opposition benches to achieve a deal even with some Conservative rebels voting against it.

As to the immediate conundrum of the Irish backstop, he recalls, “I was in Paris recently and one of the EU ambassadors said, look, we don’t understand the backstop, we don’t care about the backstop, we’d be delighted for the backstop to go, but as long as the Irish want it, we’re 100% with the Irish. So that sums up very well where the rest of Europe is.”

One of the great unknowns of history is what would have happened if Boris Johnson had become prime minister instead of Theresa May in June 2016. Says Hill: “I think the interesting thing about Boris pulling out of the leadership race after Michael Gove said he could not support him was how Boris reacted. Everyone else I know, in politics, would have said ‘cheers mate, I’ll sort you out afterwards, I’m not going to forget this’, and then carry on with his campaign.”

And if Boris had won?

“Then he would probably have delivered Brexit and we wouldn’t be in this terrible mess we face today.”

Three and a half years on, can Boris really get Brexit done? Time will tell. DM

Toby Chance completed a five-year term as a DA Member of Parliament and Shadow Minister of Small Business Development in May 2019. He is now active in the entrepreneurial ecosystem and retains an interest in politics and economic development policy-making. He was born and educated in the UK before emigrating to South Africa in 1984.