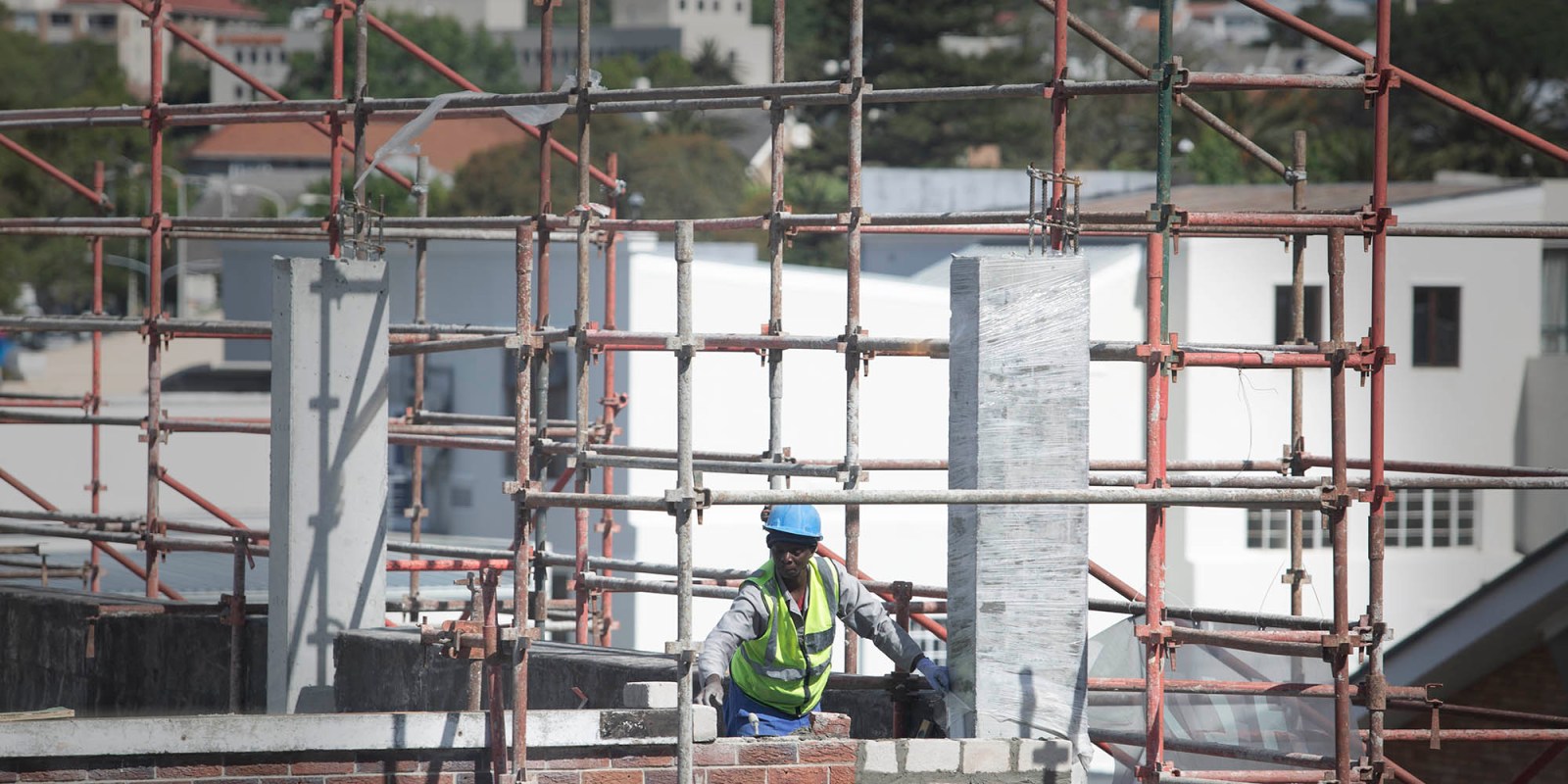 South Africa’s building and construction sector is on its knees, compounded by a stagnant economy and low infrastructure spending by the government. This has resulted in major job losses, further swelling the ranks of the unemployed.

Based on the 2018/19 annual report of the Commission for Conciliation, Mediation and Arbitration (CCMA), the outlook is bleak for the building and construction industry as it continues to register major job losses and retrenchments. According to the report, the construction sector recorded 3,584 employees facing retrenchment — the highest among all sectors — adding more strain on South Africa’s 29% unemployment rate.

The CCMA figure represents almost half of the 8,000 job losses that Group Five — formerly one of the largest construction and civil engineering companies in the country — predicted when it was suspended from the Johannesburg Stock Exchange (JSE) after filing for bankruptcy.

The sector is heavily reliant on the government’s infrastructure spending trends. The Building Construction and Allied Workers Union (BCAWU) says little can be done to mitigate the retrenchments especially because the entire industry is facing heightened uncertainty.

“Retrenchments in this industry have been happening for the past four years. Major construction companies which make up the top six have almost collapsed,” said BCAWU secretary-general Narius Moloto.

“These companies have not been getting any big projects, mainly because there hasn’t been any further allocation to develop infrastructure in South Africa,” he said.

Moloto says the numbers recorded by CCMA underreport the scale of the retrenchments. Despite these job losses, the sector still employs 518,000 people, according to Stats SA’s Quarterly Employment Survey for June 2019.

The second-highest number of retrenchments have hit the much-scrutinised mining sector, which recorded 3,260 job losses. The sector did, however, record slight positive gains in the quarterly survey with a 0.1% increase, employing 3,000 more people.

A total of 193,732 cases were reported to the CCMA, an increase from the preceding financial year’s 186,902 cases. Of the total, about 71% related to unfair dismissals followed by 11% for unfair labour practices. The business professional services sector remains the highest referring sector, accounting for 27% of the total referred cases, followed by the safety and security sector with 12%, building, and construction at 7% and agriculture, food and beverage and mining at 4%.

Furthermore, 38,588 employees were subjected to large-scale retrenchments, also known as Section 189A dismissals. About two weeks ago Sibanye-Stillwater, which recently acquired Lonmin mine in Marikana, issued a section 189 notice, endangering about 5,270 jobs.

A spokesperson for the National Union Mineworkers, Livhuwani Mammburu, told Daily Maverick that unions should invest more in upskilling members with technical and vocational skills to ensure that even after retrenchment, members can sustain themselves.

“A lot of mines are not doing anything to empower workers who are about to be retrenched so that beyond retrenchments these workers are able to survive and work for themselves if equipped with electrician and plumbing skills,” he said.

Even though the CCMA managed to mitigate 15,787 job losses, 21,391 retrenchments were still recorded. DM