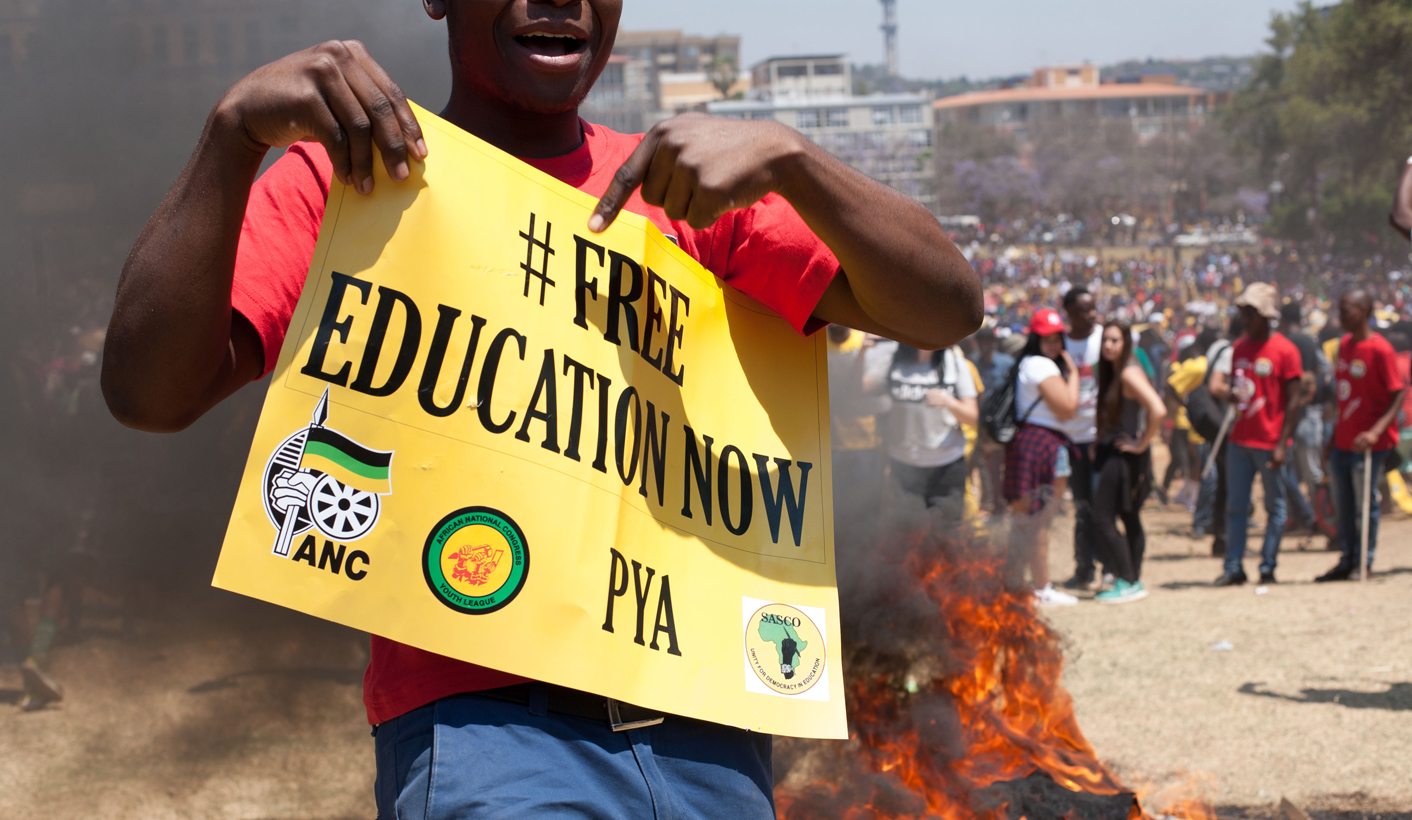 Archive Photo: #FeesMustFall protest in front of the Union Building

Justice Minister Ronald Lamola has reached out to convicted #FeesMustFall activist Kanya Cekeshe’s lawyers offering to assist with his application for a presidential pardon. The DA believes the minister is undermining the justice system, but Lamola says the offer has been longstanding.

The fate of #FeesMustFall activist Kanya Cekeshe may soon be in the hands of President Cyril Ramaphosa after Justice Minister Ronald Lamola offered to help prepare his application for a presidential pardon.

Lamola made his offer after the Johannesburg Magistrate’s Court denied Cekeshe’s bail and leave to appeal applications on Monday, extending the offer made by former justice minister Michael Masutha in August 2018.

Shortly after Cekeshe’s applications were dismissed, Lamola tweeted: “We note the dismissal of both the leave to appeal and bail for #FeesMustFall activists Khaya Cekeshe by the Johannesburg Magistrate Court. We’re in the process of urgently assisting him with an application for presidential pardon or other legally available avenues.”

Cekeshe was sentenced to eight years in prison in 2017, with three years suspended, after pleading guilty to setting fire to a police vehicle during #FeesMustFall protests in 2016. No one was injured as a result of the fire.

He has since been serving his sentence in Leeuwkop prison. The former Footprint Media Academy student is understood to be the last remaining #FeesMustFall activist behind bars.

“Our role is to facilitate the application and ensure that it does ultimately reach the consideration stage,” said Lamola’s spokesperson Chrispin Phiri.

“The idea of a presidential pardon and expungements are not a novel invention. It is in the Constitution and has been offered to #FeesMustFall activists before,” he added.

Masutha offered to assist arrested students make applications for presidential pardons or to have their criminal records expunged and called on student leaders to submit a list of activists who had been arrested, charged, convicted or awaiting trial but Phiri said the justice department was still awaiting the list.

Cekeshe’s lawyer Wikus Steyl told Radio702 on Monday that Lamola called him on Monday and hoped to file the application for a presidential pardon by the end of the month. He said he had repeatedly tried to contact the justice department for help but was only contacted on Monday due to the media attention around the case.

“We are appealing to the President and the minister of justice to pardon the sentenced participants of the protest because they were protesting for a valid reason,” said Steyl.

The #FeesMustFall protests began in 2015 with students demanding free, quality, decolonised higher education. In 2018 the government introduced free higher education for students from families with a combined household income of up to R350,000.

“Mr Cekeshe was convicted on charges of public violence and malicious damage to property. These charges are both serious and deserving of consequences,” said Breytenbach

“For the minister to enter the arena, making a mockery of the hard work of the NPA in pursuing the case and securing a conviction, and showing contempt for the judiciary by suggesting that their work should simply be undone by the stroke of a Presidential pen, is something that should concern us all,” she continued.

“If there are no consequences for delinquent behaviour, how will the criminal justice system hold those responsible for the serious offences now being exposed in the Zondo Commission of Inquiry and other commissions dealing with graft and wrongdoing?”

Cekeshe’s counsel argued that the student did not get a fair trial in his first case as he was represented by an inexperienced lawyer and the prosecution failed to introduce video evidence of him setting the police vehicle alight.

Magistrate Theunis Carstens dismissed the appeal and bail applications, saying it was “crystal clear” that Cekeshe admitted to the charges against him.

“The applicant is not an immature or unsophisticated or uneducated man. To the contrary, after matriculating he started studying law but subsequently changed to media studies. He had more than enough time during the trial and application for leave to appeal against sentencing to raise any objection to the manner in which his trial was conducted if he had any,” Carstens was quoted as saying.

Transport Minister Fikile Mbalula has added his voice to the calls to free Cekeshe, tweeting: “We must fix this. This cadre must be freed whatever it takes.”

Cekeshe is petitioning the high court to appeal his case.

In 2016, the police said 567 people had been arrested during #FeesMustFall protests. DM