Are terror groups stoking local conflicts in the Sahel? 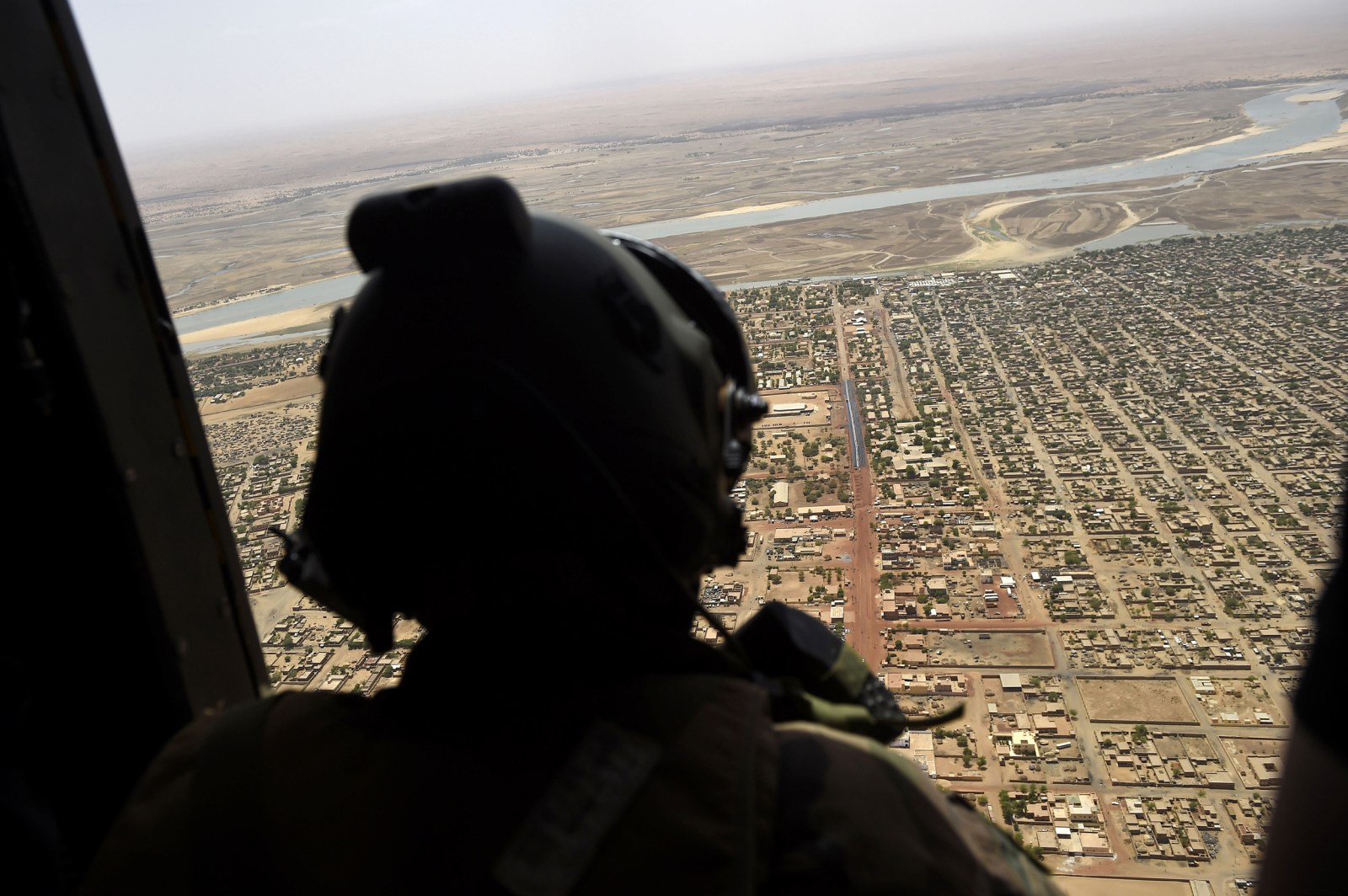 A French soldier stands inside a military helicopter during a Barkhane counter-terrorism operation in Africa's Sahel region in Gao, northern Mali, 19 May 2017. (Photo: EPA/CHRISTOPHE PETIT TESSON)

Extremists are often seen as the main drivers of communal conflict, but the situation is more complex.

There have been several attacks on civilians in the Sahel in the past few months and violence related to local conflicts in the area this year has reached unprecedented levels.

Yirgou village in north-central Burkina Faso was attacked on 1 January. The official death toll was 49. On the same day, an attack in Koulogon village in central Mali left 39 people dead. On 23 March, nearly 160 people died in an attack in Ogassagou village in Mali’s Mopti region.

This was followed by the 1 April attacks on the northern Burkinabe commune of Arbinda which killed about 60 people, and the subsequent killing of 35 people in an attack on Sobane Da, a village in central Mali bordering Burkina Faso. On 4 October another Arbinda assault left more than 20 people, mainly miners, dead. 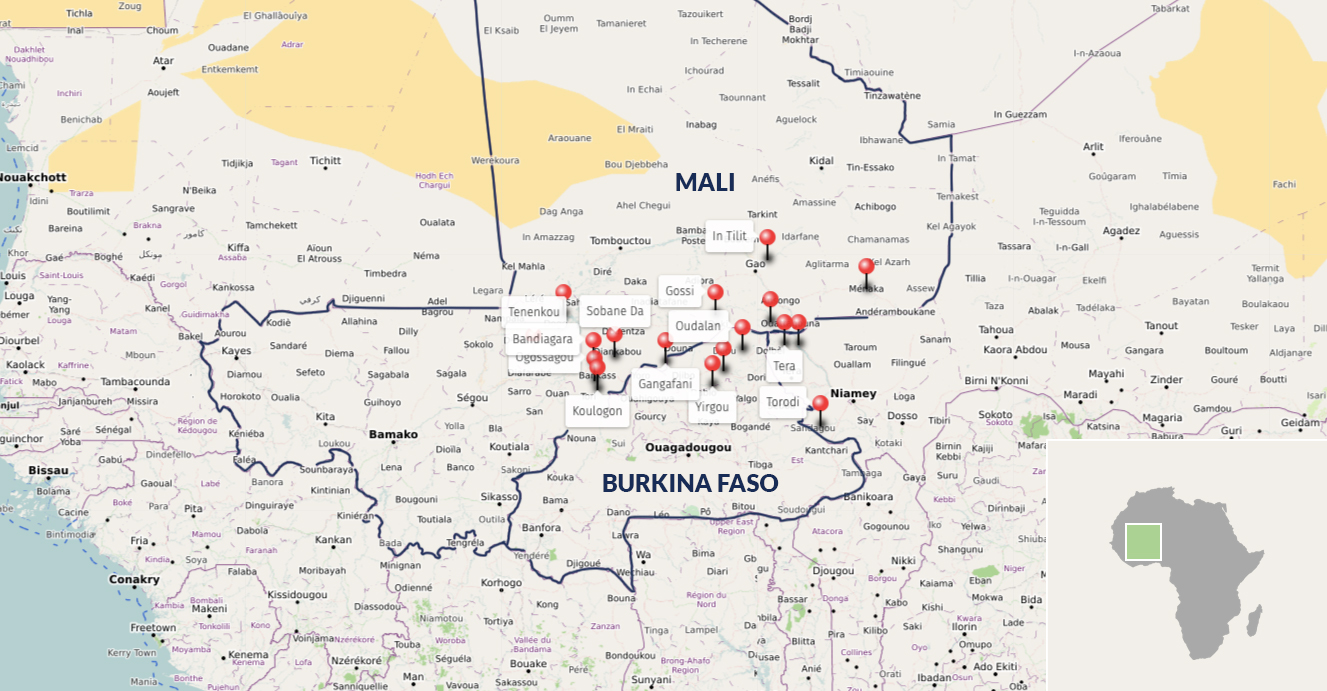 Sites of community related violence in the Sahel, 2019

It is tempting to blame the escalation of violence in the region solely on intra- and inter-communal tensions exploited by violent extremist groups. These tensions are often attributed to ethnic differences.

However the conflicts appear to be caused by struggles around power or resources between either the same or different socio-economic groups. Favouring particular sides in local conflicts enables violent extremist groups to easily recruit and strengthen their capacity, and exacerbate conflict.

Ongoing Institute for Security Studies research on the links between violent extremism and local conflicts shows that there are contextual variations in how terror groups position themselves regarding local conflicts. They can be either directly involved in fighting or play the role of mediators. Their presence can also lead to a temporary break in conflict.

The position that extremists take appears to be guided by several factors. Among these are their level of penetration within the communities, the sociology of the group composition and the localities, as well as the balance of power between conflicting groups and the objectives or needs of the violent extremists.

Also, while terrorists are often seen as the main drivers of communal conflict, the mix of dynamics underpinning violence is much more complex.

Several factors contribute to the ongoing violence in this region. Over recent years, the area has seen an increase in militias and community-based armed groups whose goal is to protect the community. At the same time there has been a proliferation of small arms and light weapons.

Criminal activities such as illicit trafficking and armed robbery, often resulting in violence, continue unabated. The state is either absent or minimally present in many areas, and therefore unable to provide protection to communities. Even in places where it is present, government authority is sometimes challenged.

Trust and confidence in traditional mechanisms of conflict management have also eroded considerably. Climate change and demographic pressure has disrupted the livelihoods of many and caused considerable tension between farmers, pastoralists and fishermen.

Extremist groups exploit existing divides within rival communities. For example, since the 1980s, there has been conflict between the Fulani and Daoussahaq on the border between Mali and Niger, caused partly by competition for access to natural resources and criminal activities such as cattle rustling.

The Islamic State in the Greater Sahara exploits the Fulani’s frustrations and desire for revenge by supporting them against the Daoussahaq. The Daoussahaq rely on the support of the Movement for the Salvation of Azawad – a militia mainly composed of Daoussahaq – which appears to benefit from France, Mali and Niger’s help in the fight against terrorism.

Members of a branch of the terrorist group Katiba Macina in Gourma provided training in weapons handling and access to military equipment to some Taraboro pastoralists. This terror group argues that resources belong only to God and not the people.

Violent extremist groups also play the role of arbitrators between rival groups in Tenenkou in central Mali, Gabero in the Gao region, and in Oudalan, Burkina Faso. In central Mali, issues such as the one linked to the competition for Koubi chieftaincy which was pending in court since 1999 were resolved by Katiba Macina.

Terrorist groups can be antagonists, mediators or suppressors of violence through the influence and control they exert in the areas where they operate. How groups succeed in restructuring social and economic life, and how they enforce solutions through direct threats, violence, fear or religious principles (eg through the idea that the land belongs to God alone) should be analysed.

Violent extremists need to be defeated or dislodged. But where they have established themselves as mediators or suppressors of conflict, their withdrawal could contribute to a resurgence of local tensions – especially if traditional or state conflict management mechanisms aren’t quickly reinstated.

To attribute the increase in violence solely to the exploitation of community conflicts by terrorists means potentially losing sight of the structural dynamics that underpin such violence. Incorrect labelling and understanding of local conflicts could exacerbate the situation. To restore peace and social cohesion in the long term, the root causes of local conflicts must be addressed. DM

Lori-Anne Théroux-Bénoni is Regional Director and Baba Dakono, a researcher, Regional office for West Africa, the Sahel and the Lake Chad Basin