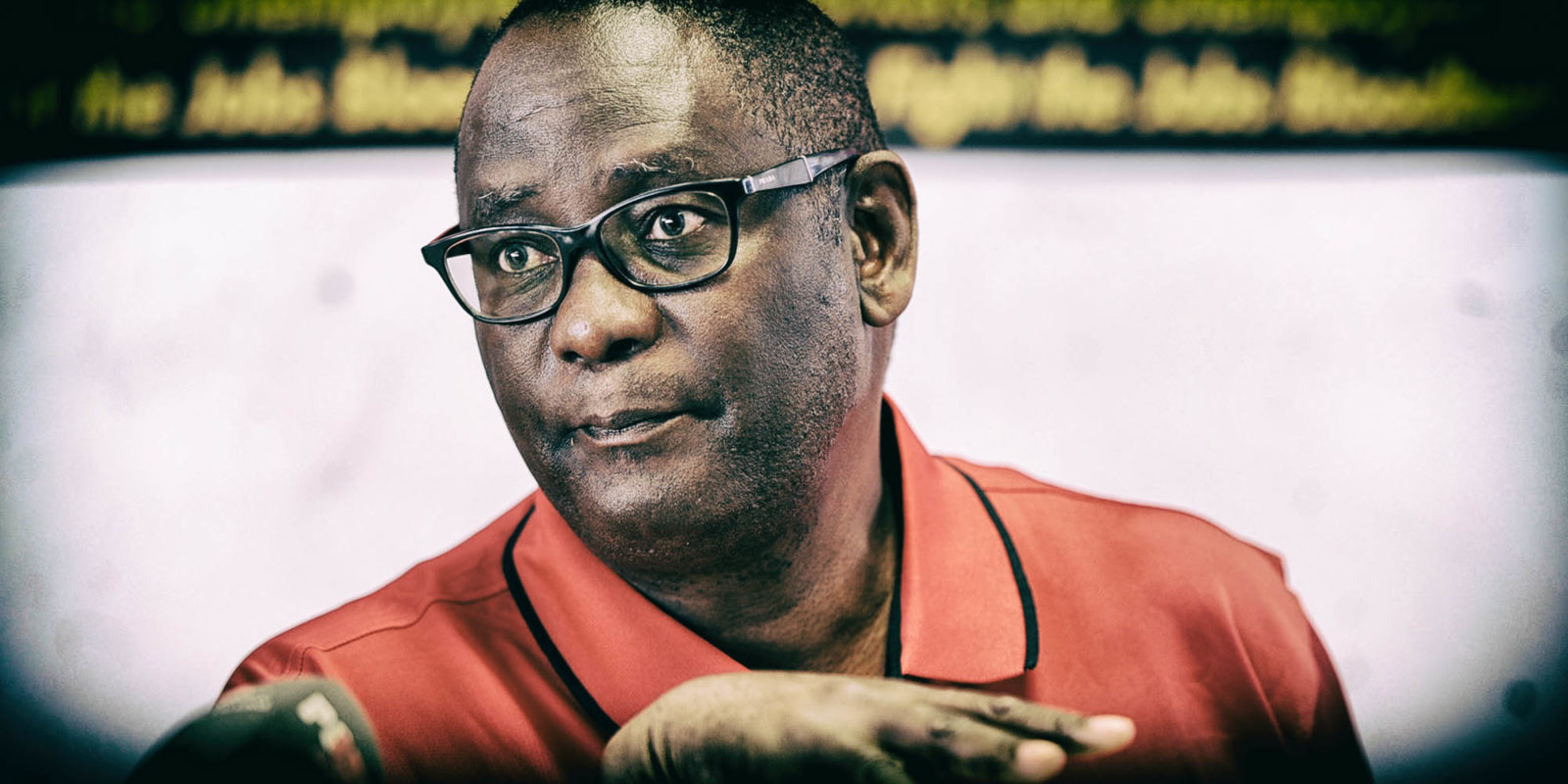 An interview with the prominent trade unionist and general secretary of the South African Federation of Trade Unions (Saftu), the second-largest labour federation after the ANC-aligned Cosatu, with nearly 800,000 members.

There has been fierce opposition from labour circles to Tito Mboweni’s strategy document on economic growth and structural reforms. At first, labour was vexed that Mboweni released the document on 27 August without consulting it. Now the anger is centred on one of the document’s critical proposals: the sale of Eskom’s coal-fired power stations, possibly through auctions.

Mboweni will deliver the Medium-Term Budget Policy Statement on 30 October, where he is expected to unveil more details about the restructuring of Eskom and other tax-guzzling state-owned enterprises (SOEs). Saftu has joined the fray, criticising his document.

Question. Saftu has joined Cosatu in rejecting Mboweni’s growth document. Economists, researchers, and the private sector have largely welcomed the document. Why is labour so against it?

Answer. He [Mboweni] is offering absolutely nothing new. The document is repeating the same things that we have heard over and over from 1995 up to now. It takes no responsibility that the reason we are finding ourselves in an economic quagmire is that we followed the prescriptions of the National Treasury and ANC-led government.

Q. Labour is furious that they were not consulted on the document before Mboweni released it. Surely Mboweni is legally empowered to embark on reform measures without consulting labour. After all, he is the finance minister.

A. The governing party has always consulted on policy matters with labour. And we expect it to do so now and in the future.

Q. There is an urgency to reforming Eskom, especially its R450-billion debt load. Is Saftu opposed to SA selling Eskom coal-fired stations as Mboweni’s document suggests?

A. Yes. If things were left to Mboweni, he would sell Eskom and South African Airways tomorrow. He would sell everything. But it will solve no problem. It will exacerbate the crisis we are facing.

A. If we were to sell Eskom power stations at their current state and with ageing infrastructure, nobody will want to buy them or touch them. Secondly, Eskom is still driven by coal, even with its concerns about carbon dioxide emissions.

Q. But the ANC National Executive Committee recently endorsed a partial form of privatisation, wherein strategic equity partners might be introduced into SOEs.

A. It is a fudge. Even where we are sitting, we don’t know what the ANC means by that. This is a labour market issue that needs to go to Nedlac [the National Economic Development and Labour Council]. We are opposed to wholesale privatisation, but we believe there is a space for private participation. The ANC’s recent announcement was a typical alliance talk and attempt to speak to all of the factions in a manner that takes us nowhere.

Q. Then what is Saftu’s concern about wholesale privatisation of SOEs such as Eskom?

The IPPs produce some little bit of renewables – wind and other sources. Eskom is being asked to buy electricity from these renewables at R2.22/kWh when Eskom is selling at 69 cents/kWh. That is a rip-off of public sector money by the private sector. The private sector has only one ideology; profit, profit, and profit.

(Fact check: The R2.22/kWh is reported as the weighted average of renewable plants and the diesel-fuelled IPP stations in FY2017/18. However, costs for renewable energy have dropped in recent years. In round one of the bidding process in 2011, the prices for solar photovoltaic and wind power were R4.02/kWh and R1.67/kWh. By round four in 2016, prices had fallen to R0.96/kWh for solar and R0.76/kWh for wind.)

Q. It seems like trade unions haphazardly reject any reform idea without engaging with the idea in detail or propose an alternative idea. Why is this?

A. We know that all of the solutions they are putting on the table are solutions that will lead to an enhanced role of the private sector and not the public sector.

Q. How do you propose fixing Eskom and its debt issue?