Report on statistical manipulation allegations due next week 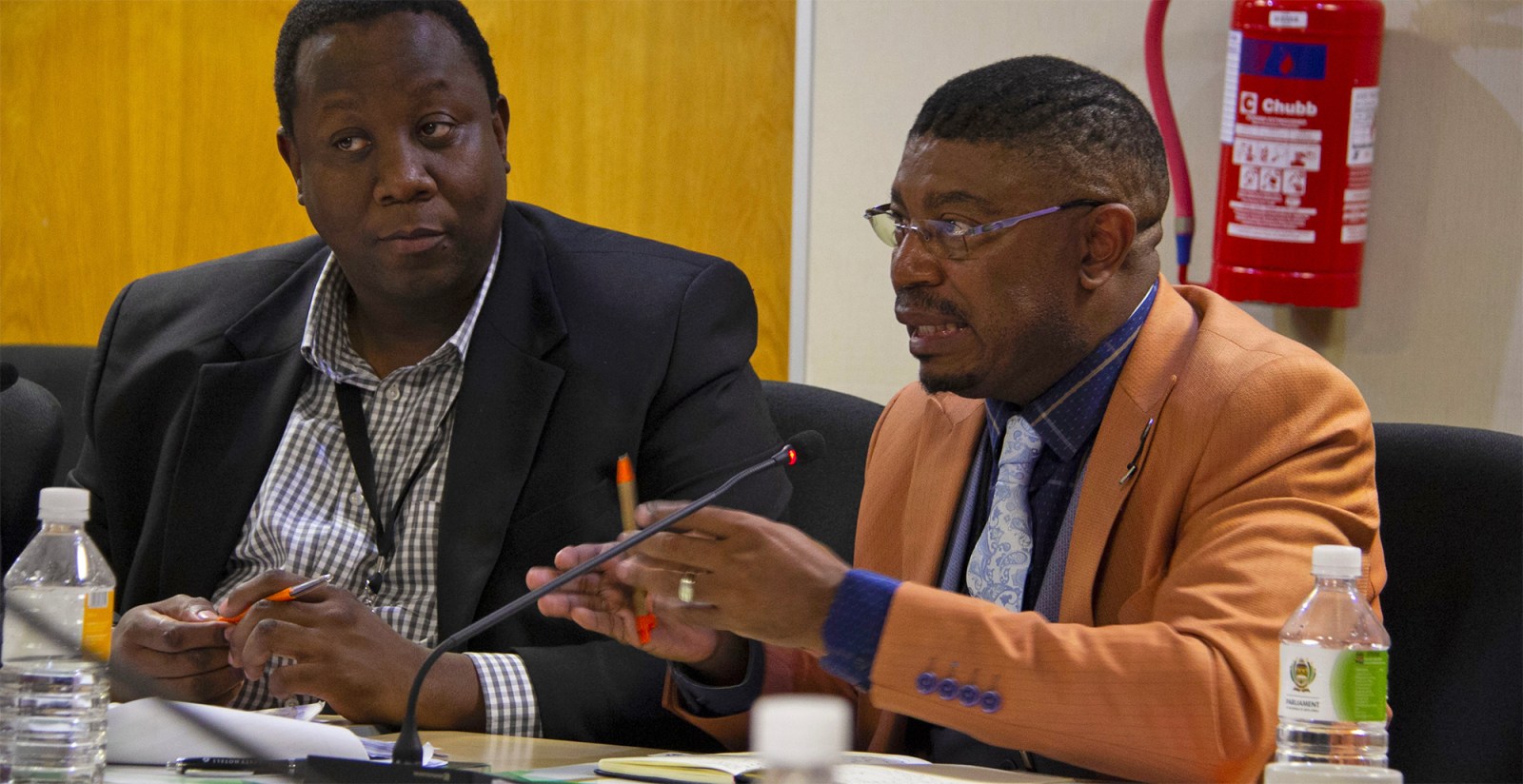 The police watchdog will publish its own report on allegations of statistical manipulation on 18 October, Acting Executive Director Victor Senna told Parliament on Thursday. The report will not be made public, but a date for a special presentation to Parliament has been provisionally set for 23 October.

Senna was in Parliament to present the Independent Police Investigative Directorate’s (IPID) 2018/19 annual report to the Portfolio Committee on Police. The flow of the team presentation was interrupted when Senna broke away from his notes and slideshow to address whistle-blower allegations of statistical manipulation at IPID, published in a Viewfinder exposé this week.

He told MPs that, upon seeing Viewfinder’s article, he demanded that an internal IPID investigation into the allegations be finalised and that its findings be handed to him “immediately”. Senna was referring to an investigation that former IPID head Robert McBride initiated in late 2016. McBride did so when, on his return from suspension, he received allegations of premature case closure and completion at the Gauteng and KwaZulu-Natal provincial offices. Whistle-blowers alleged that this was done to clear cases from the workload and inflate performance statistics. McBride instructed the unit to investigate all nine provincial offices.

Committee chair Tina Joemat-Pettersson welcomed news of IPID’s upcoming findings, and said that the committee “should be averse to making judgement calls, until we have the full report”.

“The historical nature of the allegations is concerning, and I think it would only be fair to wait for that report and to receive a full briefing from IPID on the contents,” he said.

Whitfield went on to highlight some concerns. He reiterated that IPID was “critically under-resourced” and he called for creative solutions to sourcing more funds, especially to support “internal controls which can assist in making sure that we don’t have any doubt … in the ability of IPID to perform its duties properly”.

Besides that ongoing task, this unit has also been reviewing “thousands” of dockets completed during the 18 months of McBride’s suspension, Sesoko said during the August interview. As Viewfinder’s first article showed, there has been a special focus on this period because McBride received allegations that his replacement, Acting Executive Director Israel Kgamanyane, had given an instruction for case completion to be “pushed” to inflate performance statistics.

The ISU investigation has taken so long (nearly three years in total) because the unit is under-capacitated – it only consists of two individuals.

Senna reiterated that officials implicated in the premature closure and completion of cases will be sanctioned. He reminded the portfolio committee that IPID had already taken action against officials found to have manipulated closure statistics at the Gauteng provincial office in 2016. One of these officials was dismissed, the other apparently resigned before a disciplinary hearing could run its course.

In lieu of the ISU report, Joemat-Pettersson said that IPID should be transparent and work on restoring the public’s trust.

“The problem that we have now is that there is a reputational risk and a confidence deficit. The trust which we have in IPID has been compromised… If (statistical manipulation) happened once before or previously, we need to know that this behaviour has been addressed sufficiently and completely,” she said.

This week, IPID has been eager to assure Parliament and the public that the “loopholes” which allowed for statistical manipulation to occur in previous years were addressed by amendments to the directorate’s Standard Operating Procedures (SOP). You can download IPID’s new and amended SOP here.

Before the publication of Viewfinder’s launch article, IPID did not respond to specific questions about what these amendments entailed. DM

This article was produced by Viewfinder in partnership with GroundUp and Daily Maverick.