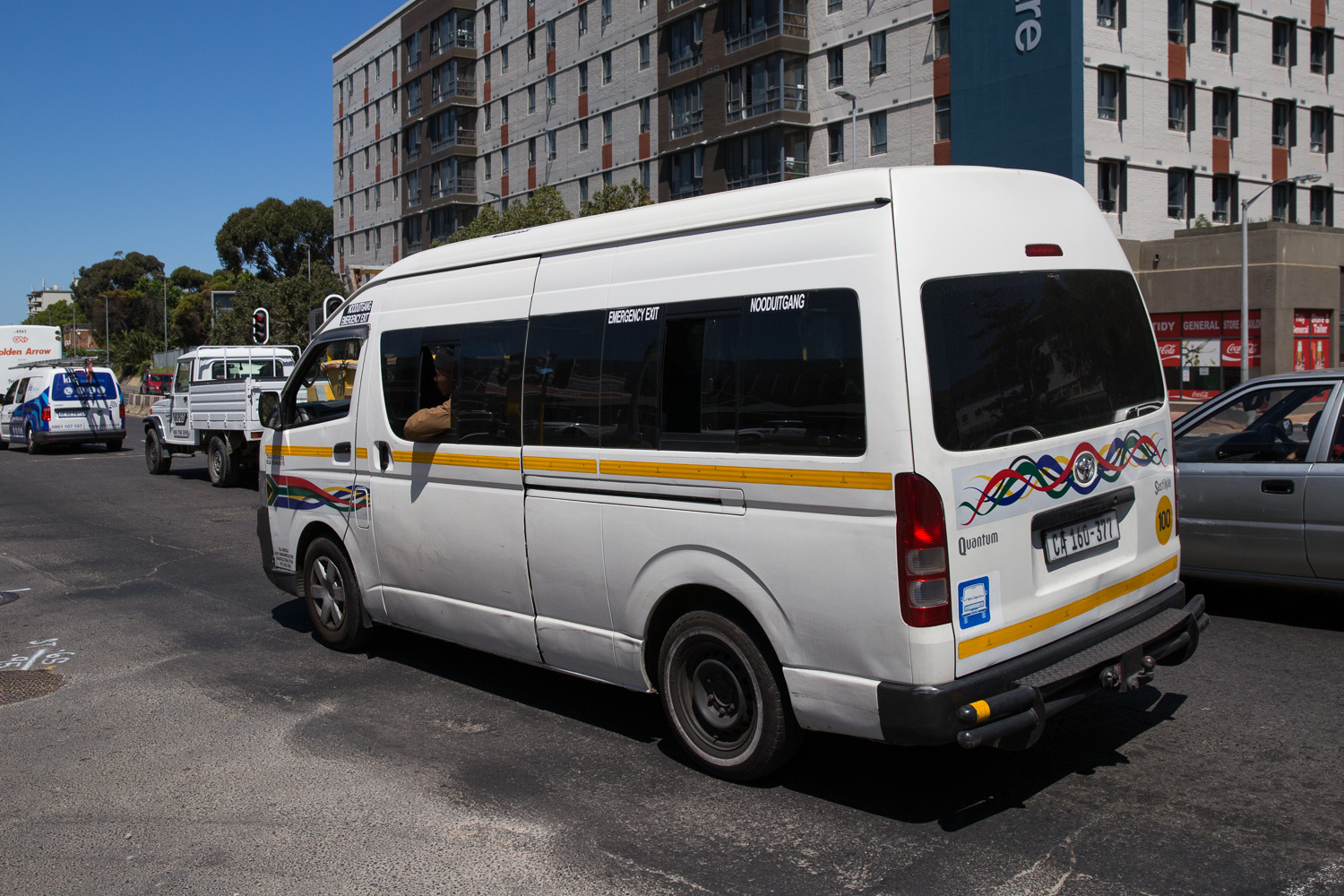 The minibus taxi industry transports millions of people a year but does not benefit from subsidies. Photo: Ashraf Hendricks

Co-operatives could unlock state subsidies for an industry which transports 16 million people a year.

The minibus taxi industry plays an important role in the everyday lives of millions of South Africans. But the industry is beset with problems: stiff competition over routes; increasing illegal operators; taxi violence; and precarious working conditions. The solution may be co-operatives.

The taxi industry has 69% of the public transport market share, with 16 million people in South Africa estimated to use minibus taxis a year. It is estimated that approximately R90-billion in revenue is generated from fares collected each year, though estimates are really the result of educated guesswork because taxi fares are unregulated and taxis operate on a cash basis. There are about 123,000 individual taxi operators in South Africa. The industry spends about R39-billion a year on fuel. It also, spends about R2-billion on insurance.

Yet in spite of its size, business relations within the taxi industry are mostly informal and unregulated, a network of relations between taxi owners, taxi drivers, taxi users, government, vehicle manufacturers, and other transport-related businesses.

And despite its contribution to the economy and to the lives of owners, employees, passengers and informal traders, the industry is fraught with problems with competition between legal and illegal operators. Unroadworthy taxis, whose owners failed to submit their vehicles for roadworthy tests, and unlicensed taxis, whose owners failed to renew their licences in time, put the lives of minibus taxi employees and commuters at risk. In December 2016, it was estimated that there were 35,718 unroadworthy minibus taxis. It remains unclear clear how many minibus taxis there are in South Africa.

Perhaps, what the industry needs in order to address its current challenges, including the lack of government subsidies, is the introduction of co-operatives.

Paul Browning, a public transport analyst and managing consultant at Lesiba Mudau Transport Consulting, states in a submission to the Competition Commission on 25 May 2018 that changes in management structures within the industry would allow it to benefit from the operating subsidy system administered and funded by government. This would reduce the cost of travel for the commuter.

Within the cooperatives everyone would work for his or her own benefit and be an owner of the generated profit.

Such co-operatives would be formal sector companies. These companies would help address precariousness within the industry. Rather than corporations, co-operatives would allow owners to couple their resources and form a registered business and agree how to run that business. In co-operatives, taxi owners would agree to bring the best practice in terms of quality and customer care.

As has been pointed out, some taxi owners might fear that a co-operative system would result in their losing some of their benefits. Perhaps, taxi owners should consider organising a Taxi Indaba to discuss how to best implement the taxi co-operatives. There needs to be clear and adequate information on how the co-operatives could be implemented.

On 26 April 2019, then Minister of Transport, Blade Nzimande announced the Revised Taxi Recapitalisation Programme (RTRP) with the aim of changing the business model of the industry. Through this revised programme, the Department of Transport was to introduce the so-called collaborative taxi industry ownership and operating model. But it is still unclear when this is going to be introduced.

At present, though the taxi industry is the only industry where black people control an entire sector. The taxi operators operate entirely in the informal sector.

The taxi industry remains a major role player in the economy of the country, and employs drivers, rank marshals, etc. Regulation by the Department of Labour should have an impact on precarious working conditions within the industry. However, this has not proven successful, due to non-compliance by the industry with labour regulations.

October is transport month and a good time for the government to consider the need to make some changes. In particular:

Siyabulela Fobosi is a PhD Candidate at the University of Johannesburg. Views expressed are not necessarily those of GroundUp. DM