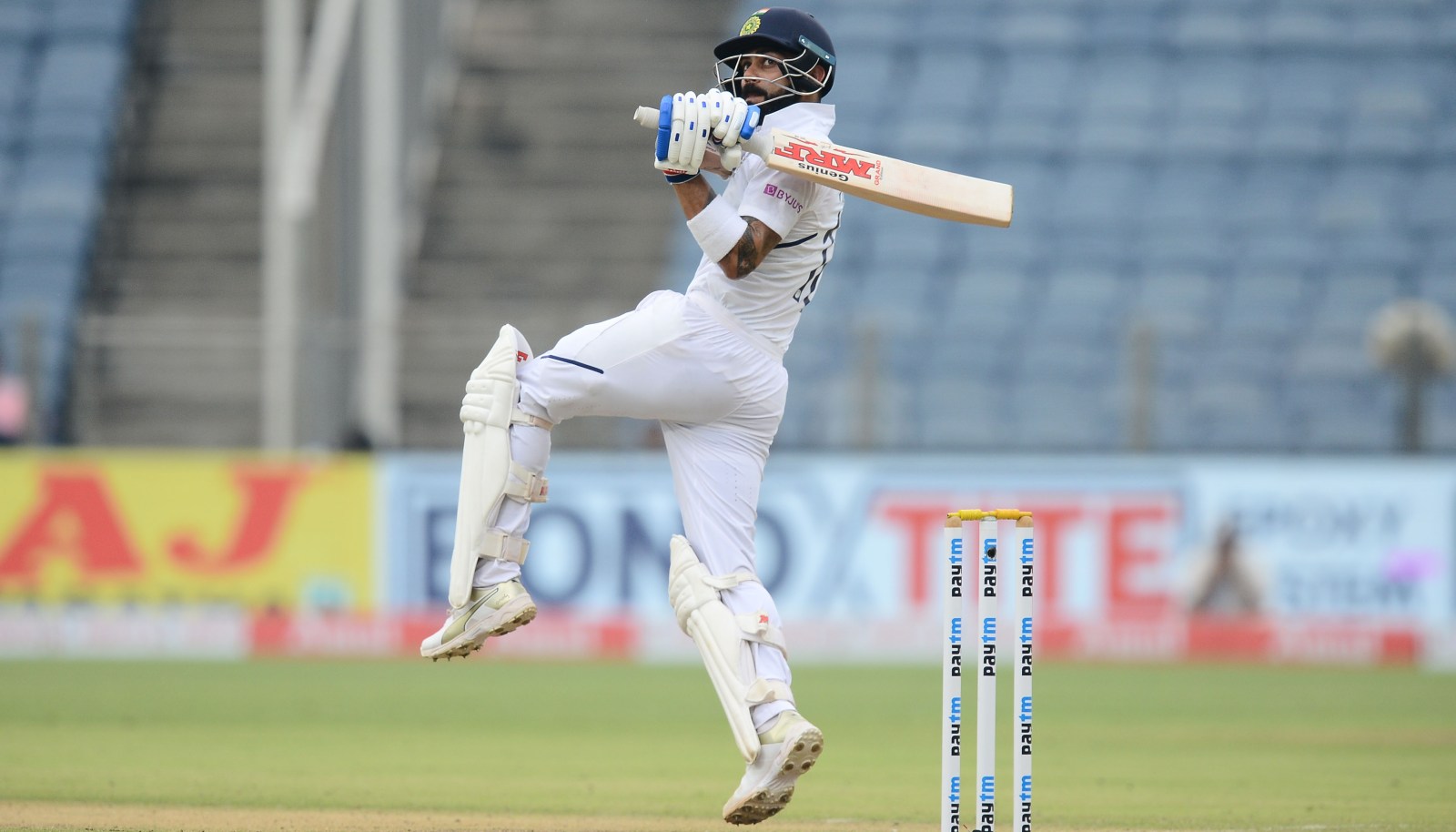 India captain Virat Kohli showed why he is one of the most ruthless run accumulators of the modern era with a master-class of strokeplay and timing on Friday.

Kohli broke South Africa’s backs, and then their wills, on his way to an unbeaten 254 on the second day of the second Test in Pune. It was his seventh Test double century and the highest score by an Indian skipper.

If there weren’t a match to be won and 20 wickets to take, it looked as if Kohli could bat into next week without trouble.

Despite nearly eight hours at the crease, he hardly looked weary. He was too busy enjoying the suffering he was meting out to a Proteas bowling attack that had as much penetration as a stabbing with cooked spaghetti.

Kohli declared an hour after tea with his team on 601 for five, his intention clear. India will only bat once in this Test. By the close, South Africa were reeling 36 for three and in complete disarray.

It’s hard to think of a worse day in the field by a South African cricket team. There were 11 no balls, a few dropped catches and almost no urgency.

After fighting all the way during the first Test, taking the match deep into the fifth day before eventually succumbing, South Africa simply capitulated here.

Anrich Nortje, on debut, travelled for precisely 100 runs from 25 overs without a wicket.

Left-arm spinner Keshav Maharaj went for 196 runs in 50 overs – the third time in this series he has clocked up triple figures. So far in the series Maharaj has conceded 514 runs in 127 overs and taken six wickets. That’s the kind of torment that can ruin careers.

If there were any doubt about Kohli’s intentions, having resumed at 63 and a foundation laid he on day one, they were dispelled when he went to his 26th Test century.

Kohli, with a small stride, elegantly drove a feeble half-volley from Vernon Philander straight past the bowler to register three figures.

The skipper barely raised his arms in celebration. In his mind, with his skill and mentality, this was the bare minimum a player of his stature should do in these circumstances.

Kohli knew he could break the Proteas’ spirit once and for all if he hung around longer. And he did.

It wasn’t that he played a chanceless innings – several edges with the second new ball fell short of a slip cordon that was too deep – but he punished everything that was too full, too wide or too short.

He took the adage “hit the bad ball” to heart. And South Africa dished up plenty of those, including in the hour after tea when they went for 100 runs inside 12 overs. It was carnage on an industrial scale.

Kohli delayed the declaration to try and help Jadeja to his century. The bowling all-rounder did his part by scoring his runs quickly, but he eventually perished trying to force the issue once too often as his century neared.

He was caught at long-off trying to slog the ball over the boundary off Senuran Muthusamy, his runs coming off 104 balls with eight fours and two sixes.

Kohli immediately declared, leaving him unbeaten after 336 balls, with 33 fours and two sixes.

After a day of watching the ball travelling to all parts, it was almost inevitable that the South African batting would falter.

Aiden Markram fell for a duck in the second over when seamer Umesh Yadav’s inswinger had the right-hander playing down the wrong line and trapped him leg before.

Dean Elgar followed for six when he chopped the ball on to his stumps in the fifth over.

Kohli, on a day when he could do little wrong, reviewed a not out decision for caught behind when Temba Bavuma feathered edge off Mohammed Sami. Naturally, the Indian captain was right.

The heart of SA’s batting back in the pavilion and a deficit of 565 on the board.

It was the worst kind of day. DM