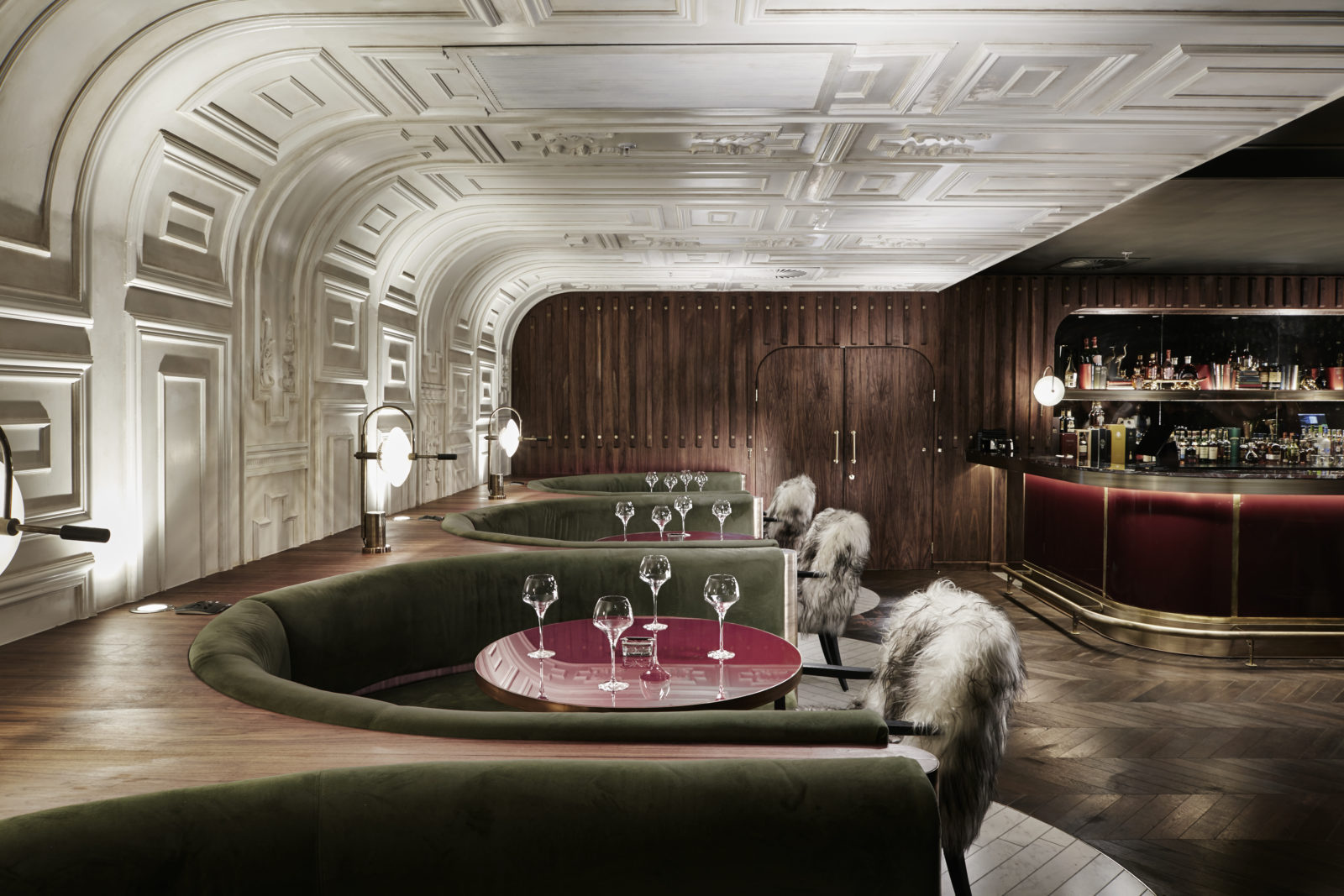 For each category, there are two shortlists and two winners. The two overall winners for 2019 are Alice & Fifth, designed by TristanPlessisStudio, and SPINE Beirut, a bar in Lebanon designed by Gatserelia Design.

Alice & Fifth is a luxury restaurant at the Sandton Sun Hotel. TristanPlessisStudio was provided with a simple but clear brief for the restaurant design: “Create a sumptuous and decadent space juxtaposed with a raw, unrefined, underground edge,” says studio owner Tristan Du Plessis.

The studio commissioned hand-crafted design pieces from artisans in Joburg and Cape Town. The walnut wall panelling along the bar and dramatic stainless steel on the entrance ceiling are original pieces commissioned for the restaurant.

“On the ceiling is one solid piece of polished stainless steel, moulded by hand in Cape Town. It was shipped as one piece, it’s about 12 metres.”

Du Plessis competed against entries from over 70 countries to clinch the title of Best Overall Winner. He has 10 years’ experience but at 31 he is one of the youngest competitors at the awards.

Du Plessis says that starting his own studio has been his greatest career accomplishment so far. TristanPlessisStudio is based in Parkhurst, Johannesburg, with a team of seven designers. The team has designed interior architecture for South Africa’s top restaurants and bars like Mesh Club and FYN restaurant.

Du Plessis adapts an interior design according to the brief, but elements of his personal style shine through. “I like to be very project-specific, a design chameleon in a way. I like to change my style according to a theme. It’s luxury with rough edges.”

“Luxury with rough edges” encapsulates the interior architecture at Alice & Fifth. Soft olive velvet and smooth marble are juxtaposed against raw, exposed concrete columns. “In this particular project, we destroyed everything and started from scratch. In the process, we actually peeled away some layers. We stripped away the paint and plaster that was on the columns to show the original building.”

Du Plessis’ award-winning design is a first for South Africa and he encourages aspiring SA designers to promote themselves globally to succeed: “I think you need to position yourself to the global market, not just the South African one. We see ourselves as a smaller market, but with design, our output can be exactly the same.” DM