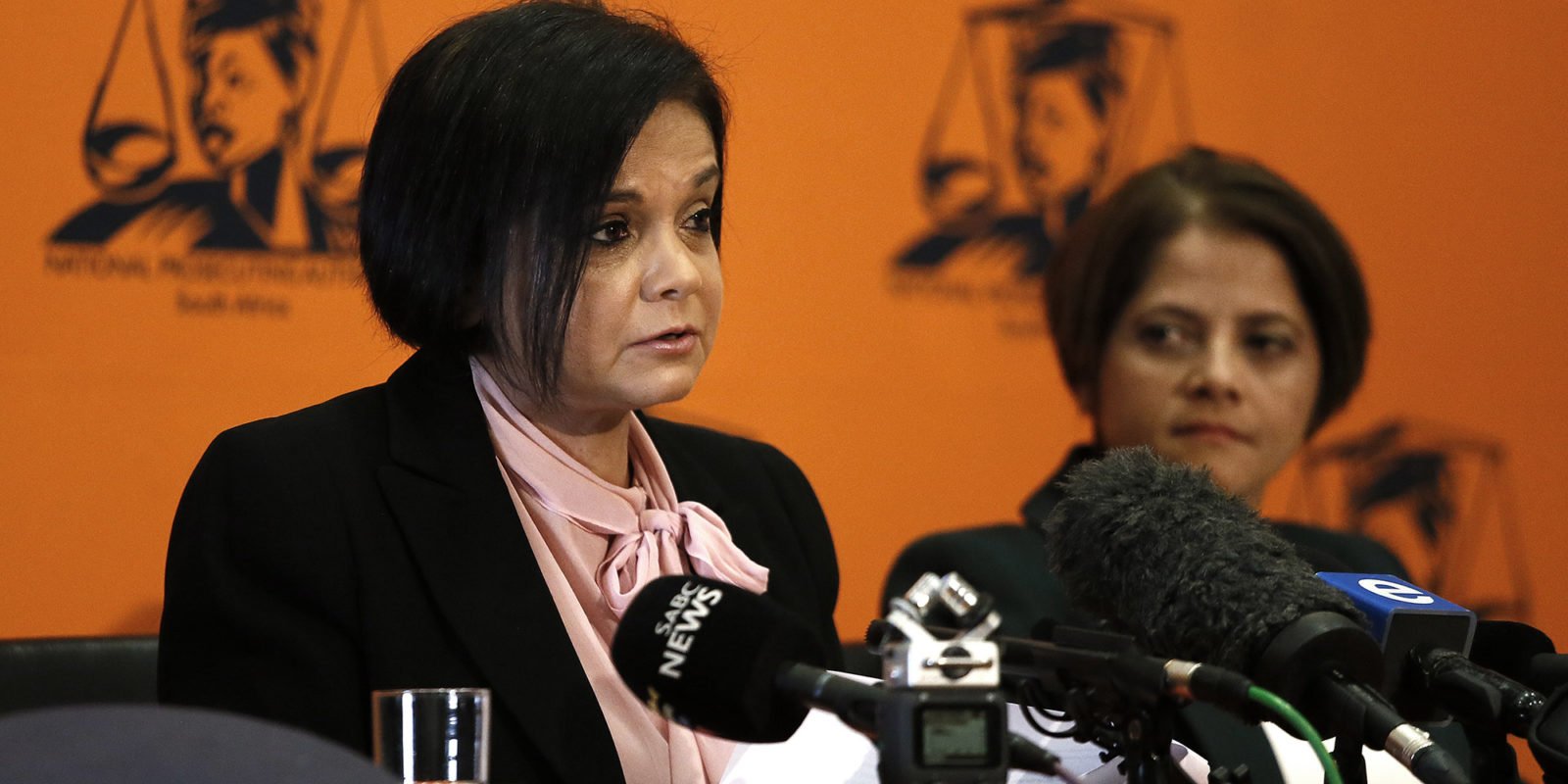 Suspended, unsuspended and suspended again. The National Prosecuting Authority’s internal case against Jackie Lepinka, one of several civil servants implicated at the State Capture Commission by former Bosasa executive Angelo Agrizzi, is yet to take shape but she is due in court on Thursday in connection with a 2014 case of a ‘stolen NPA laptop’.

Jackie Lepinka, a senior manager in the secretarial pool at the National Prosecuting Authority remains on the government payroll more than 220 days since she was suspended in the wake of damning testimony by former Bosasa executive, Angelo Agrizzi.

Lepinka was suspended in February 2019 shortly after Agrizzi named her as part of a trio alleged to have been paid R130,000 in monthly bribes by Bosasa in exchange for confidential information about an ongoing criminal case against the company.

But, Daily Maverick has confirmed that this suspension was lifted in May 2019 by the recently retired Deputy National Director of Public Prosecutions, Silas Ramaite.

Lepinka’s suspension was seemingly lifted following a strongly-worded letter from her attorneys because the NPA had failed to charge her within a prescribed 60-day period.

Lepinka was then suspended again days later, on 4 June 2019, but this now too is at risk of being challenged as Lepinka has still not been presented with formal charges for a disciplinary hearing within the set time frame.

Lepinka’s lawyer, Raphepheng Mataka told Daily Maverick that his client is in the process of challenging her latest suspension which they deem to be invalid and unlawful.

Mataka confirmed that his client was instead summoned to appear in court in late June, this time in connection with an NPA laptop, allegedly stolen in 2014 – and, which Mataka says was her work-allocated device which has in fact been in the possession of the NPA for several years now.

It is understood that the criminal case against her relates to an investigation into the alleged stolen laptop, failure to declare that she was in possession thereof and the alleged unauthorised disclosure of information in contravention of s41 of the NPA Act.

Yet to plead, Lepinka is currently out on warning and is due back in court on Thursday, 10 October 2019.

As for Agrizzi’s claims that she was on the take or that she allegedly leaked confidential information to Bosasa to help stave off a criminal investigation into the company, Mataka said: “Ms Lepinka has not been and was never suspended for anything related to Mr Agrizzi or the Zondo Commission. The NPA doesn’t know, even today, why Ms Lepinka was suspended in February 2019.”

Mataka says Lepinka was suspended for vague reasons relating to “allegations in the public domain” earlier this year.

And, for the record, said Mataka, they do not believe that Agrizzi’s claims against Lepinka can be sustained in law. “The mere mention of a name does not amount to an allegation in law.”

For this reason, there is no cause for her to approach the State Capture Commission with a view to cross examine Agrizzi, Mataka said.

Agrizzi had named Lepinka, the one-time PA to former acting National Director of Public Prosecutions, Nomgcobo Jiba, as part of a trio alleged to have been paid monthly bribes totalling R130,000 in exchange for information relating to a criminal investigation into the company at the time.

Jiba and former NPA special director, Lawrence Mrwebi, also implicated by Agrizzi, have both since denied any knowledge of such bribes.

Agrizzi did say he never witnessed the cash being handed over to the trio – that it was instead given to former Correctional Services Commissioner, Linda Mti, for distribution.

Mti is currently on trial for corruption relating to a 2009 Special Investigating Unit investigation into Bosasa’s dealings with government.

Mti, Gillingham and Agrizzi and others were arrested earlier this year on dated corruption and money laundering charges that stemmed from that SIU investigation– the timing of Agrizzi’s arrest caused ructions as it as came as he wrapped up his damning testimony before Deputy Chief Justice Raymond Zondo.

Agrizzi was briefly back at the commission on Wednesday morning where he was scheduled to be cross examined by Armscor CEO, Kevin Wakeford, whom he had named as an alleged Bosasa fixer who was paid R100,000 to help the company resolve some of its hassles with the South African Revenue Service. This cross examination though was postponed.

Details of Lepinka’s criminal case emerges amid a dearth of State Capture linked prosecutions and calls for patience to allow thorough investigations to be concluded by law enforcement’s new guard.

Mataka says Lepinka has suffered severe humiliation over the years and that her case appears to be a quest for “trophy” by various NDPP’s whom he claims had tried to discipline her upon arrival in office.

The treatment of Lepinka is worse than that being dished out to criminals, he said.

Her current unlawful suspension marks the fourth instance of suspension. The NPA previously apologised to Lepinka and paid her compensation of close to R100,000 for its handling of her case, Mataka said.

“This fight is not about dodging charges, in fact, we are anxiously waiting for the NPA to produce charges so we can prepare to answer them. All we ask is that due process is followed and that it does not impact on the requirement of fairness,” Mataka said.

The NPA confirmed that Lepinka was suspended after she was named at the State Capture Commission. “The purpose of the suspension was to allow the NPA to investigate the claims emanating from the commission, which had the effect of bringing the NPA into disrepute,” it said in response to questions from Daily Maverick.