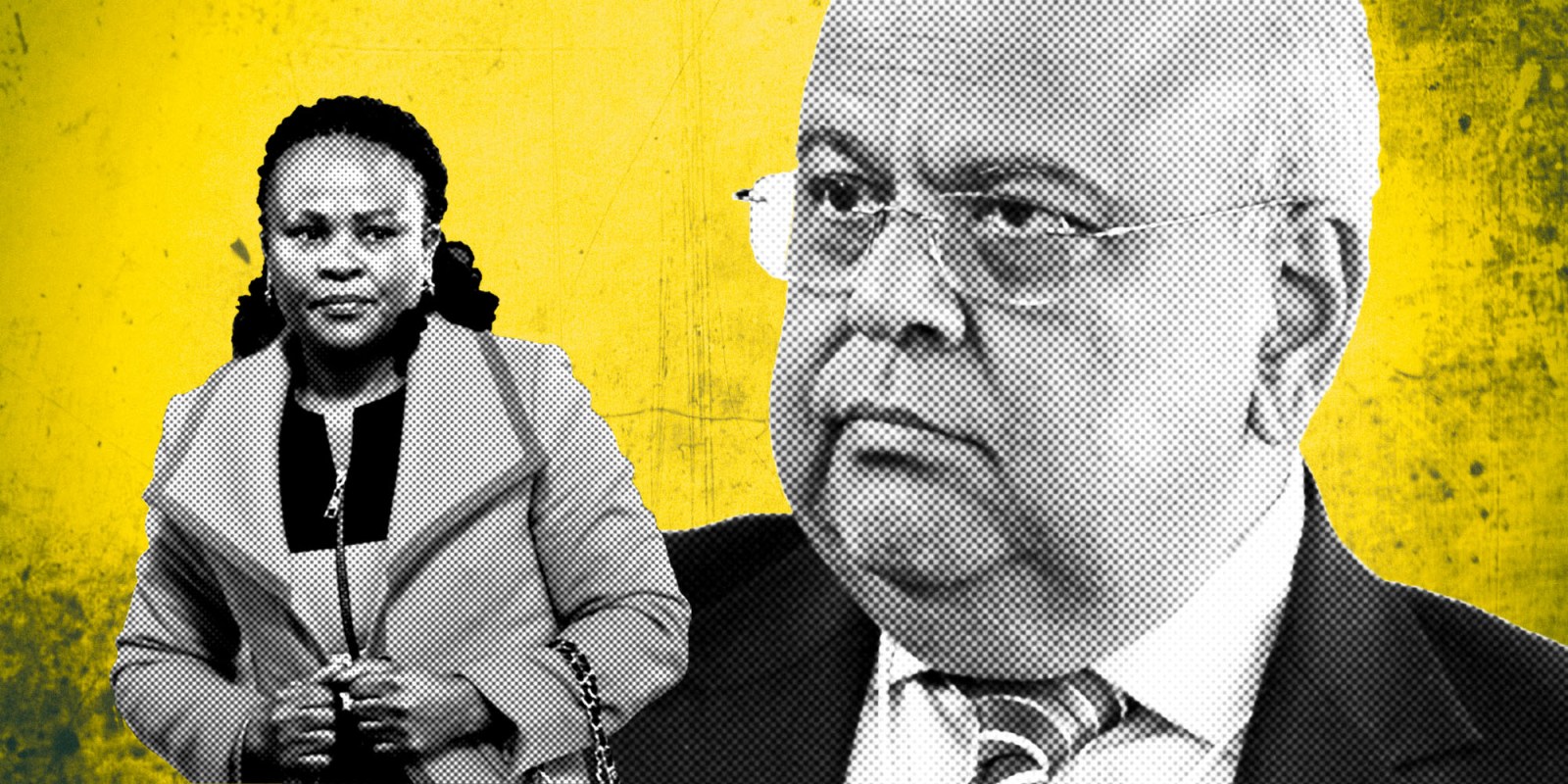 It took 49 days and repeated requests for Pravin Gordhan’s legal team to extract evidence and documents Public Protector Busisiwe Mkhwebane had relied on to make adverse findings against him in her July 2019 report. The public protector eventually drip-fed 2,500 pages — and there still appear to be gaping holes.

There is this rule in law, Rule 53, which compels decision-makers who have executive power and who find their decisions subject to judicial review, to produce a record of how they came to make their findings in the first place.

If you are going to find someone guilty, bring the evidence and reveal the entire record of how you conducted the investigation. That’s why the Promotion of Administrative Justice Act 3 of 2000 (PAJA) exists. It was promulgated to prevent the abuse of the law and to protect individuals in their dealings with government or those who act on its behalf.

A supplementary affidavit filed by Minister of Public Enterprises, Pravin Gordhan, with the High Court Gauteng Division on Monday, 7 October 2019 in the ongoing matter to review findings by the public protector, sets out tortuous attempts to obtain the record.

Briefly, on 5 July 2019, the public protector released a report which made adverse findings against Gordhan, former SARS deputy commissioner Ivan Pillay, and former SARS commissioner Oupa Magashula. Mkhwebane had determined that an investigative unit that had existed at SARS had been established and operated illegally and that Gordhan should be disciplined by President Cyril Ramaphosa.

Five days later Gordhan launched an application to interdict the public protector’s remedial action and to suspend implementation pending a final review of the report. The report, argued Gordhan, should be set aside on the grounds that it was unconstitutional, unlawful, irrational and invalid. On 29 July, Judge Sulet Potterill granted Gordhan’s urgent relief.

Matters did not end there.

On 1 August the public protector filed with Gordhan’s legal team the “Rule 53 record”.

“On assessment of the record, amounting to 1,000 pages, it became evident that several documents and materials were omitted…” Gordhan said in his supplementary affidavit.

“I also am advised that the record initially produced included irrelevant material that related to the separate investigation conducted into Mr Pillay’s pension pay-out,” noted Gordhan.

On 15 August Gordhan’s lawyers issued a Rule 30 (A) 1 (of the uniform rules of the court) calling for the omitted documents to be submitted.

“On 30 August the public protector filed a further tranche of documents comprising around 1,300 additional documents and audio recordings. On a further consideration of the second record, it was evident that certain materials and documents had still not been provided despite being requested.”

“The total record, all three parts comprises approximately 2,500 pages as opposed to the 1,000 plus pages initially disclosed by the public protector. The public protector’s disdain for the Rules of this court is unfortunate and warrants censure,” said Gordhan.

In July 2019 the Constitutional Court upheld a High Court punitive and personal costs order against Mkhwebane in relation to her investigation and findings in the ABSA/Bankorp matter. In that instance, the court found that the public protector had been dishonest and that her conduct had fallen short of “the high standards required of her office”.

Gordhan said he was bringing the review on two legal bases, PAJA — including that the public protector’s report had been “procedurally unfair and materially influenced by an error of law”, that it had been “taken for an ulterior purpose or motive” that it had “taken into account irrelevant considerations” and that it was “not rationally related to the information before the public protector or the purpose of her power to investigate and report”.

Mkhwebane’s “failure to investigate properly”, said Gordhan, “was so unreasonable that no reasonable person could have exercised it”.

The second basis for the review was the principle of legality and the rule of law “on the grounds that the public protector failed to comply with requirements of substantive and procedural rationality”.

Gordhan, in his affidavit, said Mkhwebane had failed to show or explain the “special circumstances” which enabled her office to investigate a complaint that was more than two years old.

Mkhwebane had also, said Gordhan, ignored previous investigations and reports into the alleged illegal unit and which found no wrongdoing. The public protector, said Gordhan, had embarked on the investigation without considering whether special circumstances were indeed present and whether she had jurisdiction.

Mkhwebane’s predecessor, Thuli Madonsela, said Gordhan had investigated the matter in 2014 and had interviewed Pillay, who at the time had alerted her that there was an attack on SARS in order to prevent it from combating tax evasion and other corrupt activities.

“The continuation of this campaign to date is tantamount to economic and fiscal sabotage,” Gordhan added.

With regard to Mkhwebane’s finding that Gordhan had breached the Executive Ethics Act by “misleading” Parliament with regard to a meeting he had attended at which one of the Gupta brothers had been present, Gordhan said it was not clear from the public protector’s record who had been the source of this complaint.

In the two complaints filed, one by “anonymous” and the other by EFF chief whip Floyd Shivambu, the meeting with the Gupta family member had not been mentioned.

“Therefore, what was relayed by the public protector could not be the case.”

His attorneys, said Gordhan, had specifically called for the source of the complaint that he had violated the Executive Code of Ethics to be made known.

In reply, the public protector had referred to “recordings relating to operations of the intelligence unit” and titled “Rogue 1 -5”.

“They are undated, with some unidentified speakers and which importantly rarely mention me let alone meetings between myself and the Gupta family.”

With regard to her finding that the SARS Investigative Unit had been unlawful, Gordhan said the public protector had failed to consider the context in which the complaints had been made. She had also ignored all legal opinions that the unit had been lawfully established.

“She has overlooked the reality that the so-called ‘rogue unit’ narrative was critical to the capture of SARS and that this narrative is propped up by counterfeit intelligence reports.”

Gordhan cited the High-Level Panel Review into the State Security Agency and its finding that there had been “a serious politicisation and factionalisation of the intelligence community over the past decade or more, based on factions in the ruling party, resulting in an almost complete disregard for the Constitution, policy, legislation and other prescripts, and turning our civilian intelligence community into a private resource to serve the political and personal interests of particular individuals”.

Gordhan pointed out that Mkhwebane had failed to interview Keletso Bizoski Manyike or Mike Peega, whom, Pillay had explained in his affidavit, were discredited former SARS employees.

An example of the public protector’s failure to properly interrogate the veracity of documents submitted to her, said Gordhan, was evidenced in a recent Sunday Times interview with Manyike.

Gordhan said it was “evident from the record that the public protector was determined to make adverse findings against me irrespective of the evidence to the contrary before her”. DM