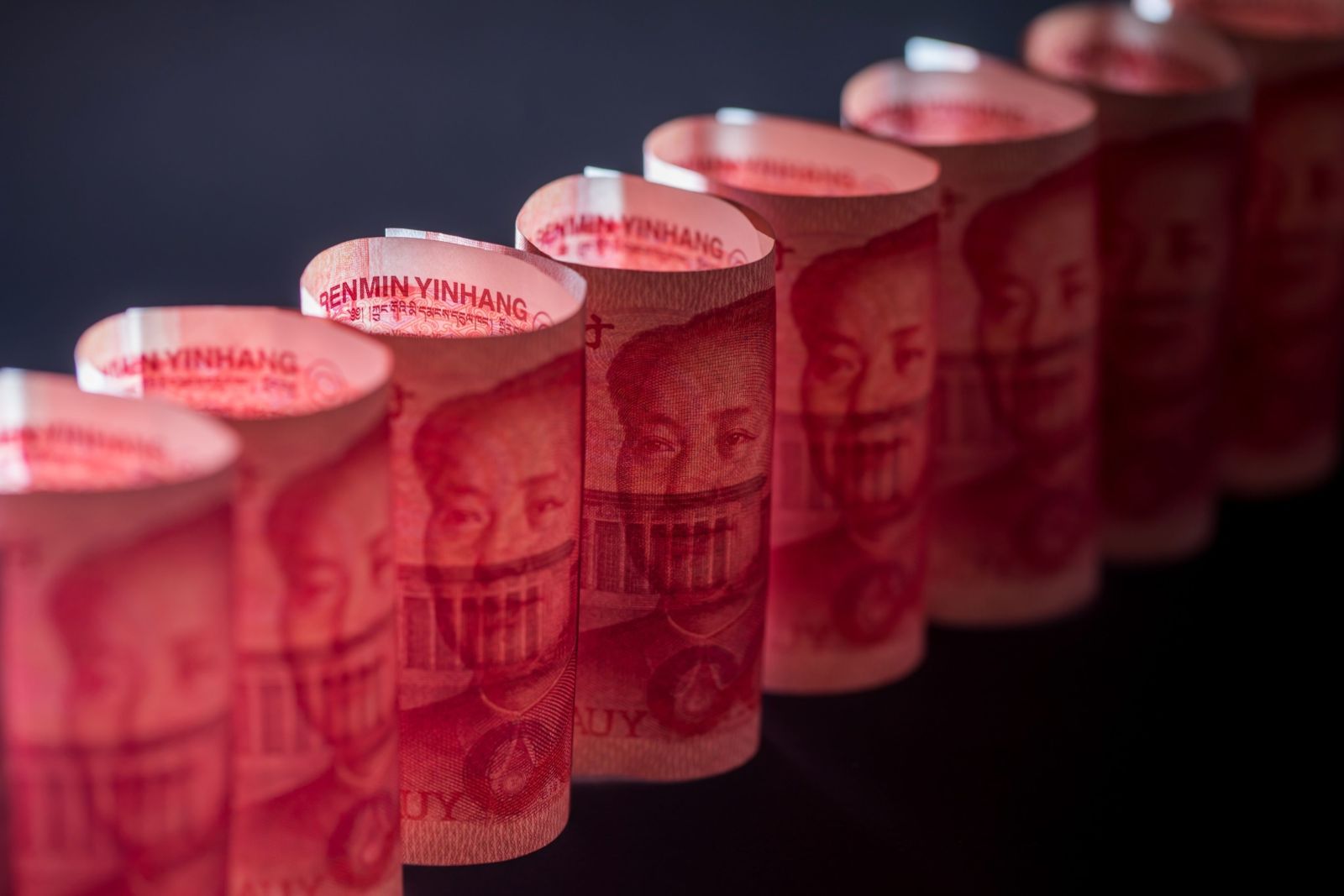 China’s ambassador to South Africa, Lin Songtian, has made it clear: if South Africa hopes to attract the further Chinese investment it needs to resuscitate its stagnant economy and it has to renovate its infrastructure, including revitalising the governance of state-owned enterprises.

China’s ambassador to South Africa, Lin Songtian, is a master of the back-handed compliment.

Reportedly connected to the highest echelons of his government, he manages to convey tough messages to Pretoria, wrapped in layers of praise.

At a seminar at the Chinese embassy in April, for instance, he said that he “always speaks highly of South Africa”.

“Because why? Because 20 years ago South Africa was much better than China. And 10 years ago when I passed through here on the way to Malawi (to become ambassador) you were then a little better than China, in terms of infrastructure, market mechanism; the judicial system and so on.” And then he added, as if as an afterthought; “But in the past 10 years we go so far ahead.”

So, what he was really saying was that while South Africa was far ahead of China 20 years ago, and still slightly ahead 10 years ago – in infrastructure, governance the attractiveness of its business environment – it now lags far behind. Some compliment!

Some of his Western counterparts value Lin because they say China’s cosiness with Pretoria allows him to publicly criticise the South African government, as they dare not. He always does so after stressing the long friendship between the ruling parties of both countries, and South Africa’s huge potential.

During his speech at a reception in Pretoria to celebrate last week’s 70th anniversary of the founding of the People’s Republic of China, Lin enthused that “under the leadership of President Cyril Ramaphosa, South Africa is embracing a new era of ‘development and renewal”.

“China is ready to share the fruits of its development and huge market with South Africa, promote our cooperation, to join your great efforts to become a locomotive and production base for Africa’s industrialisation and modernisation, and achieve win-win cooperation for common development so as to deliver more benefits to our two countries and two peoples.”

But in most of his recent statements, Lin has also delivered a sterner underlying message; that if South Africa hopes to attract the further Chinese investment – or indeed any foreign investment – that it needs to resuscitate its stagnant economy, it has to renovate its infrastructure, including revitalising the governance of state-owned enterprises.

In essence, Lin’s point has been that South Africa has great potential but is not realising it. That’s not an original observation but it’s rare, probably unique, to hear it so publicly stated by a foreign diplomat.

At that seminar in April this year in Pretoria, Lin made clear that China was impatient for South Africa to join Chinese President Xi Jinping’s immense Belt and Road Initiative (BRI) – which is connecting China to Europe via elaborate development corridors, including one through Africa.

He noted that despite signing an agreement with China to join the BRI, South Africa had not yet undertaken a BRI infrastructure project.

Yet South Africa, because of its location between two oceans, its sophisticated financial and judicial systems and its infrastructure, was ideally placed to be the main gateway to Africa and also the production base for the continent’s industrialisation and agricultural modernisation.

It could thus become the pilot country which the BRI needed in Africa.

China had built and financed the railway line from landlocked Ethiopia’s capital Addis Ababa to the Red Sea port of Djibouti and another track from Mombasa to Nairobi, with a further stretch from Nairobi on to Uganda and Rwanda being planned, Lin said.

His “dream” was that the third major African corridor would be in South Africa linking Limpopo to Johannesburg and thence to the coast at the ports of Durban and Richards Bay.

This would be the perfect inaugural BRI project for South Africa.

Lin was also clear that building that corridor would be in China’s own economic interests because it would more quickly move the copper from its PMC mine near the Limpopo town of Phalaborwa to market.

He noted that the PMC mine had been originally owned by the Anglo-Australian mining giant Rio Tinto, which decided to close it. A Chinese consortium stepped in to buy it in 2013. That had saved 5,000 jobs, Lin said.

And by investing in new technology, the Chinese company had extended the potential life of the mine to 2038.

“But the manager and the CEO have cried to me that they have the mine production but the transportation is a big challenge,” he said.

“The railway you have, I am sorry to say, is too old and too slow” and so the Chinese investors who had promised to sink $10-billion into PMC had now become cautious, not only because of the old and slow rail service but also the unreliable electricity. And also the inefficiency of Durban port.

China’s growing wariness about the state of South Africa’s SOEs seemed to have been confirmed shortly after this when Finance Minister Tito Mboweni disclosed that the first R7-billion tranche of a R35-billion loan to Eskom from the China Development Bank (CDB) would not be paid over in March, as scheduled.

This forced Mboweni to draw on emergency funding to keep the cash-strapped power utility solvent. Mboweni suggested CDB had withheld the R7-billion because of red tape.

But energy expert Chris Yelland suggests the real reason was that CDB was disturbed that Eskom evidently needed the money to maintain its cash flow, whereas China had offered the loan for financing capital development.

Lin later implicitly confirmed this latter interpretation by stating that the CDB – (like the investors in PMC mine, one could add) – had become nervous about Eskom’s ability to repay the loan.

“Eskom is a debt trap,” Lin told Reuters in August. “China gave them some loans before. And now they become very cautious… Eskom is not an issue of money. It’s the issue of operation mechanisms, management, capacity.”

The drawdown of the first R7-billion tranche of the loan, delayed beyond the scheduled payment in March, was eventually paid, Eskom spokesperson Nto Rikhotso told Daily Maverick. “Subsequent drawdowns have also been effected as per the drawdown schedule,” he added, but refused to detail the schedule or the payments.

Going beyond Eskom, Lin explained to Reuters why China, despite having stimulated a boom in infrastructure development in other African countries over the past decade, had undertaken no major infrastructure project in SA.

It was because Chinese investors were looking for more than the mere concept of a project or government incentives and tax breaks, he said. They also wanted to see favourable investment conditions, enshrined in an investment law approved by Parliament as well as feasibility studies capable of reassuring the Chinese government and banks of the profitability and sustainability of the proposed projects.

Chinese investors also wanted to see an upgrading of South Africa’s railway network and Durban port and the rehabilitation of Eskom, he repeated.

Ramaphosa was the “last hope” for the South African economy, Lin said. But to realise that hope, he would have to turn concepts and incentive policies into laws and concrete infrastructure.

Daily Maverick asked Lin at China’s recent National Day whether he was still concerned about Pretoria’s governance, especially of SOEs like Eskom, or did he now feel that it had begun to address these shortfalls.

“Everyone understands that SOEs are key to support economic development in any country, especially in China and South Africa. If they can stand strong… it’s key, it’s very beneficial and conducive to sustainable development,” he replied.

“I’m sure President Ramaphosa and his government are paying very high attention to the SOE reform and will revitalise the SOE enterprises to get ready for the big jump for development.

“We are very confident in this country,” he said, because of South Africa’s three unique strengths for development: its rich resources; its strategic geography and its relatively good infrastructure.

“Of course now you have South Africa facing some challenges. Like the railway, the electricity, and so on. If you want to have development, you have no choice, you have to start to get ready your SOEs.

“China is ready. If you’re ready, we’re ready to work together with South Africa and the continent, for yourselves, for sustainable development. That is our common journey.” DM