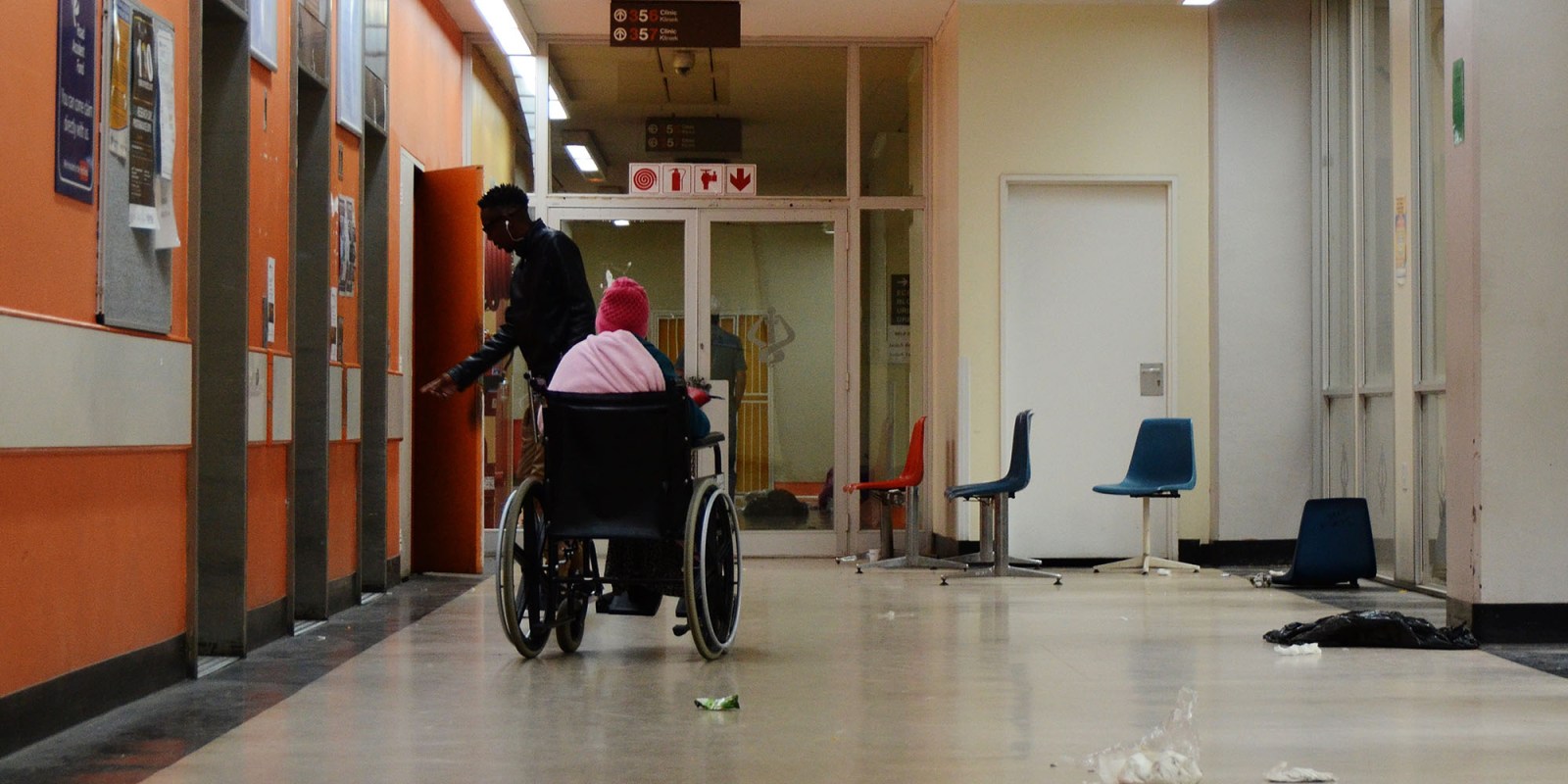 The Gauteng Department of Health attributes the backlog of patients requiring medical treatment to a higher volume of emergency incidents, but when a major hospital runs out of supplies, all fingers point to poor procurement management.

Management of goods and services in the Gauteng public health sector came into question in September 2019 when Charlotte Maxeke Johannesburg Academic Hospital was forced to cancel eight non-emergency surgeries due to a lack of basic medical equipment.

Because this equipment was not available, on 19 September 2019, eight patients were informed that their elective surgeries — scheduled for that day — would not go ahead.

In the aftermath of the incident, the hospital has assured the public that it has implemented a number of measures aimed at “mitigating its procurement challenges”, including the appointment of a new supervisor, the establishment of a multidisciplinary team tasked with stock management and a more sophisticated supply chain system.

Gladys Bogoshi, CEO of Charlotte Maxeke Johannesburg Academic Hospital, cited “inefficiencies in stock management and partial or non-delivery of stock by companies” as reasons for the shortage of supplies at the hospital.

The problem, however, lies in the hospital’s track record, which lists one procurement problem after the next, with similar incidents of cancelled operations and postponements dating back a decade.

In 2013, following her appointment, Bogoshi said:

“We will also address cash flow challenges, implement cost-containment measures, redirect money to important projects and tighten up and review systems and processes to provide good service to our patients.”

For DA Gauteng shadow health MEC Jack Bloom “this is a constant administrative problem. This is one of our major hospitals and elementary things like procurement and handling of basic supplies can’t be done”.

Bloom has for the past several years raised the issue of poor procurement management and subsequent cancelled surgeries at this hospital and others in the province.

“If you look at the number of cancelled operations over the last few years, it’s hundreds. Ranging from equipment failure, to air conditioning, to supplies not being there — there is a whole range of things and that gets to the heart of efficiency.”

In response to Bloom’s questions in the Gauteng Legislature in 2015, Gauteng Health MEC at the time, Qedani Mahlangu, revealed that 355 medical operations had been cancelled during 2014 as a result of procurement issues.

Of the 355 cancelled surgeries, 110 related to time constraints, 62 to under-prepared patients, 41 to non-availability of ICU space and high care beds, 25 to equipment shortages, 15 to linen shortages and six due to shortages of required drugs.

“It is clear that most of the cancellations could have been avoided with better management and availability of resources,” said Mahlangu at the time.

Bloom reported that in June 2015, Charlotte Maxeke Hospital’s waiting list for medical operations stood at about 2,246 patients and by 2018, this number had increased to 2,436 patients. The waiting time ranges from three weeks to six years. The department of health attributes the rising backlog to an increase in emergency cases, trauma patients, motor vehicle accidents, violence in society as well as treatment of patients that come from beyond provincial borders.

In February 2015, a number of elective arthoplasty surgeries were put on hold due to dysfunctional air conditioners, which caused theatres to overheat. Arthoplasty surgeries are orthopedic surgical procedures performed to relieve pain and restore joint function caused by arthritis or other forms of trauma.

Surgeries were further halted around this time due to a shortage of clean linen. In 2017, 1,621 medical operations were cancelled.

“This is mostly due to time constraints arising from overbooking or under-estimation of the complexity of some procedures. Better management and extra resources are needed to bring down the unacceptably long surgery list at Charlotte Maxeke Hospital,” said Bloom in a report dated 17 April 2018.

In May 2018, the hospital experienced a string of violent protests and disruption of services by staff demanding their outstanding performance bonuses for the previous two years.

Non-emergency surgeries were cancelled and many patients were forced to leave the hospital.

Amid this, hospital staff complained of poor services and lack of resources.

“I have been working here for 26 years standing at the same level. We do not have enough cleaning machines, washing liquid and we are short-staffed,” Thembi Madonsela, a cleaner at the hospital, said at the time.

Charlotte Maxeke is a major hospital located in the accessible suburb of Parktown, Johannesburg. It is an accredited academic hospital, offering a full range of tertiary, secondary and highly specialised services and with more than 1,000 beds and 4,000 staff it should be fully equipped.

The hospital is allocated a R3.1-billion budget, but claims it experienced a 76% over-expenditure on goods and services in the previous financial year because of an increase in the patient load and inflation, said hospital spokesperson, Lindi Mngomezulu.

Commenting on the latest cancellations, Bogoshi listed “capacity and skills” as the main procurement challenges faced at the hospital.

The eight surgeries were rescheduled, with some conducted over the following days, but only because the hospital had “managed to borrow supplies from sister facilities” such as Helen Joseph Hospital, said Kwara Kekana, spokesperson for Gauteng’s Health MEC, Dr Bandile Masuku.

“This is said like an achievement. Here is a major hospital and you’re borrowing supplies? There is no excuse for it,” said Bloom.

Equally untenable was the second solution, in which hospital staff travelled to collect supplies themselves.

“There were service providers who had supplies, but could not make immediate delivery, so they [hospital staff] did go out to the suppliers and collect the consumables themselves,” said Kekana.

But, said Kekana, “it’s not desirable and it’s not sustainable”.

At the time of the cancelled surgeries, Kekana spoke of the hospital’s next steps:

“A review of current quantities of critical stock items being ordered and a framework of orders will be developed from October 2019 until March 2020. This practice will continue into the new financial year and any risks or challenges… will be mitigated to ensure continuous improvement.”

Bogoshi confirmed that a number of measures had since been implemented at the hospital, including the appointment of a new supervisor from August 2019.

“A multidisciplinary task team was formed to look at the stock management, develop protocols where there are none and identify skills gaps to ensure that appropriate training takes place,” she said.

“(And) the supply chain management is conducting a procurement process map which will eliminate the delays in the requisition and dispatching processes.”

She said the proposed measures would have no financial implications on the hospital, as all tasks would be allocated to its current employees.

“What happened (recently) is that things came to a head; this has been teetering on the edge for some time. This is a trauma for patients and doctors are stressed. You wait two, three, four years and suddenly you’re told the operation isn’t happening. This shouldn’t be happening,” Bloom said.

“I hope that these measures bear fruit, but this is a longstanding problem. I think key people need to be replaced in that hospital. At the end of the day, the hospital needs greater professionalism, especially within the administration. I’ve heard this all before,” Bloom concluded. DM