Why the IDC joined Old Mutual’s battle with Peter Moyo 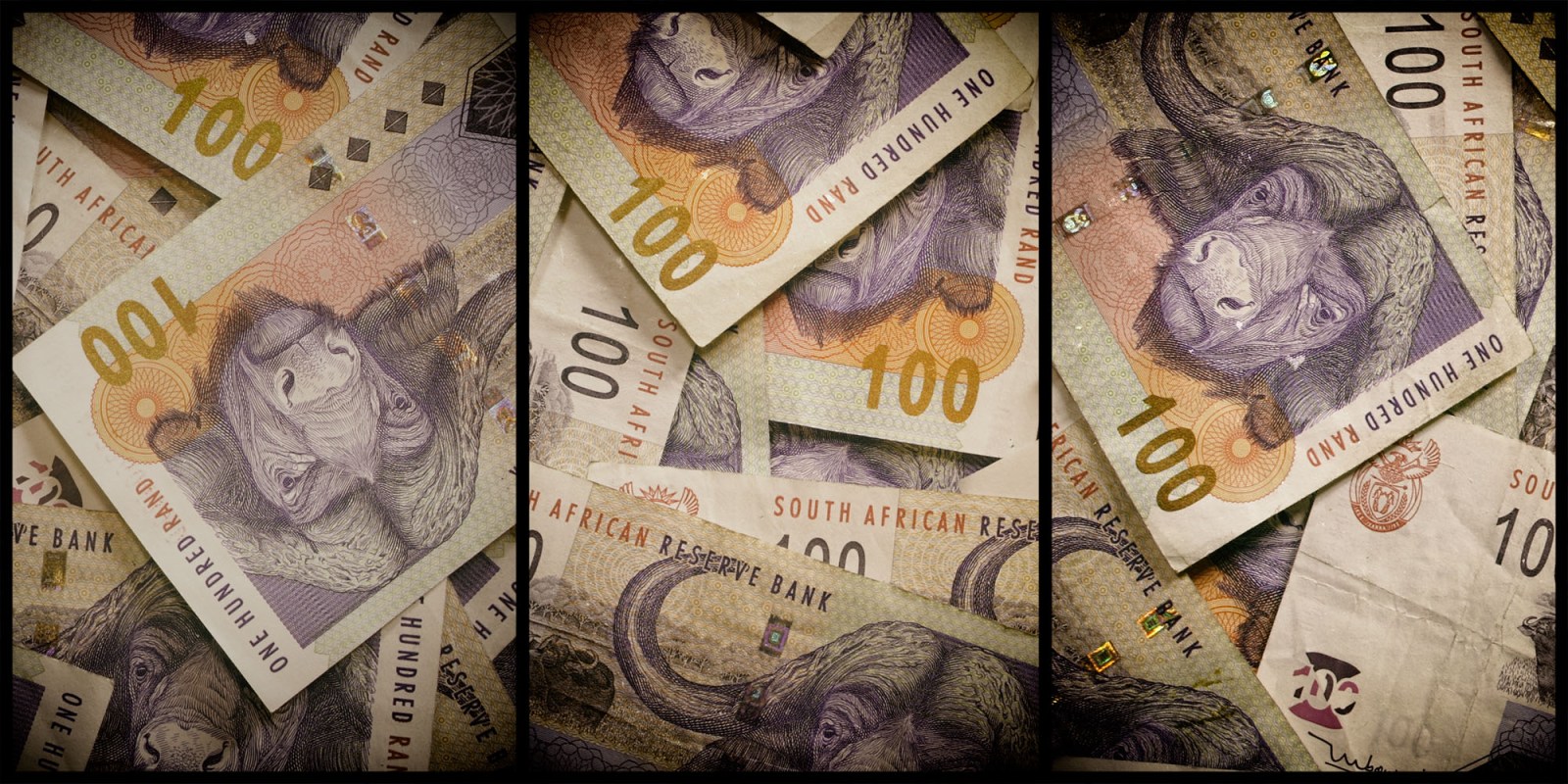 State-owned development finance institution, the Industrial Development Corporation, has been forced to explain why it has launched a process to recoup a loan it extended in 2006 to Moyo’s private company NMT Capital. The parties seem to be at odds about the value of the outstanding loan.

Four months into the gripping boardroom spat between Old Mutual and its unwanted CEO Peter Moyo, a third party has now been yanked into the fray that has so far tainted all reputations.

State-owned development finance institution the Industrial Development Corporation (IDC) has been forced to explain why it has launched a process to recoup a loan it extended in 2006 to Moyo’s private company NMT Capital. In this process, the IDC has even threatened legal action against NMT Capital if the company doesn’t comply with its demand to repay the outstanding loan.

But both parties also seem to be at odds about the value of the outstanding loan extended to NMT Capital, an investment holding firm that was co-founded by Moyo in 2002 with business titans Sango Ntsaluba and Thabiso Tlelai. The name NMT Capital represents the last names of Ntsaluba, Moyo and Tlelai.

Old Mutual, which is a 20% shareholder in NMT Capital, said the firm’s indebtedness to the IDC is to the tune of R157-million. When Business Maverick asked Old Mutual how it determined the figure, the insurance group referred the question to the IDC and NMT Capital.

Meanwhile, Moyo rejected Old Mutual’s estimation, telling Business Maverick that the loan awarded to NMT Capital in 2006 was R32-million and could not possibly be R157-million, even when accrued interest over the past 13 years is included. Moyo is still a director of NMT Capital but has decided to recuse himself from its everyday activities, given his ongoing battle with Old Mutual to be reinstated as its CEO.

IDC head of corporate affairs Zama Luthuli would not comment on the terms of the funding provided to NMT Capital and the discrepancy between R32-million and R157-million. However, Luthuli confirmed to the Financial Mail in a 29 August article that the loan to NMT Capital was “about R33.6-million”.

Details of the loan first emerged in June in Old Mutual’s response to Moyo’s legal challenge of his dismissal. Moyo was fired on 18 June following a “material breakdown in the relationship of trust and confidence” between him and the board, chaired by Trevor Manuel.

In court papers, Old Mutual questioned the solvency of NMT Capital, inferring that the firm is buckling under the weight of its IDC debt load.

The dispute between the IDC and NMT Capital came to a head in strongly worded letters exchanged between lawyers of the two parties – the first was sent by the state-owned development finance institution on 11 July 2019.

In the letter, the IDC’s lawyers, ENSafrica, have accused NMT Capital directors of “unlawful conduct” and misleading the institution as there have been “high levels of misrepresentation and non-disclosure from NMT Capital regarding its financial position.”

But first, some history about the IDC loan. When Moyo was the CEO of Alexander Forbes in 2006, NMT Capital approached the IDC for a loan to raise money for its subsidiary, Amabubesi BSR, to purchase an 8% stake in construction firm Basil Read. The loan was structured in a way that the IDC would receive preference shares and regular dividends from Amabubesi BSR.

Moyo said NMT Capital, the parent company of Amabubesi BSR, could never get dividends unless outstanding preference dividends were paid to the IDC. He said if Basil Read had performed well, NMT Capital would have paid the IDC an amount larger than the R32-million original loan it extended. This is because the IDC would receive preference share dividends from the Basil Read investment in addition to the loan repayments.

But a downturn in SA’s economy and the government’s declining spend on mega construction projects meant that NMT Capital’s investment in Basil Read soured. Basil Read is now in business rescue, a restructuring process to save a financially distressed company from liquidation.

Realising that it could not meet its debt obligations given the collapse of Basil Read, NMT Capital directors began negotiations with the IDC to write off its debt. On 12 November 2018, the IDC and NMT Capital entered into a settlement to write R15-million from the original loan of R32-million. This is according to Moyo.

IDC lawyers said the institution forgave a large portion of the debt on the basis that NMT Capital was in a “dire financial position” and the firm would be “financially distressed” if the entire loan amount was called by the IDC.

The IDC believes that NMT Capital didn’t play open cards with it when the IDC forgave a big portion of the debt. The IDC has accused NMT Capital of misleading it by not disclosing that it had a multimillion-rand windfall before it entered into the debt agreement. In other words, NMT Capital was in a healthy financial position to pay back the IDC loan in its entirety.

At an NMT Capital meeting chaired by Moyo on 4 July 2018, the firm opted to use the proceeds from the Growthpoint sale to, among other things, payout a R105-million dividend to ordinary shareholders and reserve funds for new investments.

In a July letter to NMT Capital, IDC lawyers said the institution was “deeply concerned” about its Growthpoint windfall.

“NMT Capital’s failure to disclose, having received such a sizable payment of approximately R300-million prior to the settlement agreement been approved and/or concluded, is a gross and material representation and non-disclosure of NMT Capital’s financial position, which would have inter alia impacted on the conclusion of the settlement agreement and/or on the repayment of the full outstanding amount at the time,” the lawyers wrote.

The lawyers asked NMT to provide information about how the R311-million payment arose, timelines for the payment and reasons why the payment was not disclosed to the IDC. In a subsequent letter on 21 August 2019, IDC lawyers informed NMT Capital that the settlement agreement on the loan had been terminated as they found that there had been “a breach of fiduciary duties by the directors of NMT Capital in dealings with the IDC” and that NMT Capital declared dividends “unlawfully”.

NMT Capital believes that the settlement agreement with the IDC is still binding.

Moyo said in terms of NMT Capital’s agreement with the IDC, there was no requirement for the former to inform the latter about the R311-million windfall from the Growthpoint share sale. In elaborating on the matter, he cited the relationship between a bank and its client.

“If you owe bank money, do you tell it that you got a bonus or excess money from work? I don’t think so. If I go to the bank to borrow money for a deal and if they ask for my financial statements, then I have to show them my assets and the number of debtors I have. But I don’t go and inform the bank when those debtors pay back the money.”

He also rejected claims that NMT Capital has liquidity problems.

“If the IDC forced us to pay R32-million, NMT Capital will still be fine (financially). Even if the amount was R157-million, NMT would still be solvent.”

The IDC has threatened NMT Capital with legal action about paying back the outstanding loan. But the IDC’s Luthuli said the matter between the IDC and NMT Capital is “still currently under discussion internally” involving lawyers of both parties. BM