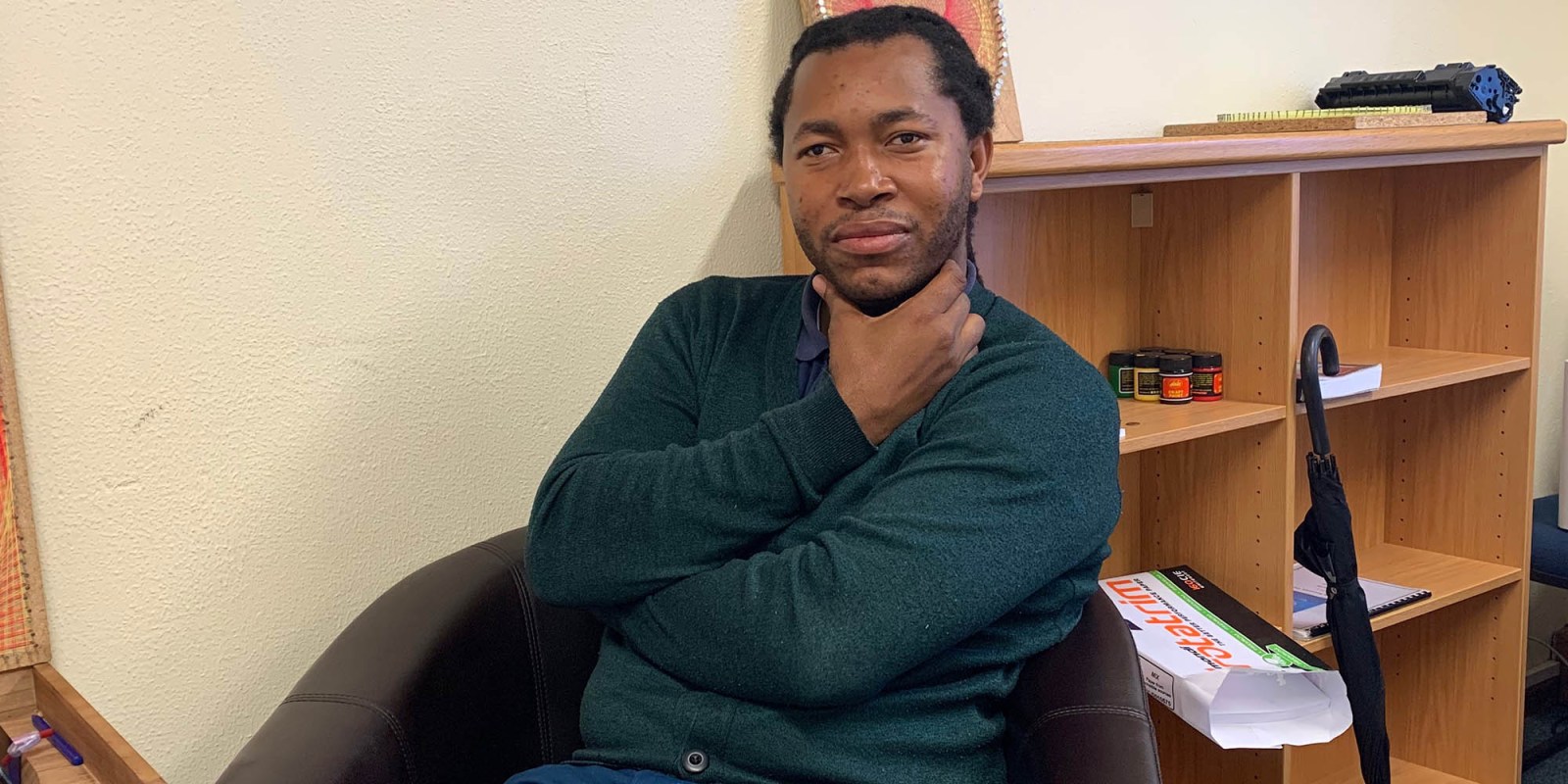 Banetsi Mphunga tried to make therapy more accessible to the community in Khayelitsha with a mobile clinic. After running out of funds to do it, he now works full-time at the University of Cape Town, but wants to work in Khayelitsha again.

In 2018 Khayelitsha’s District Hospital told the Western Cape Provincial Parliament that Khayelitsha had a huge problem with trauma, interpersonal violence, and vehicle accidents. Another study showed that 80% of children living in the area would have experienced violence in their lives. This is what led Banetsi Mphunga, a counsellor from Khayelitsha, to offer Khayelitsha residents free counselling.

In 2015 Mphunga bought a VW Caravelle and converted it into a mobile clinic. Mphunga started off with four volunteers and three social worker interns. He got funding for a year from the South African College of Applied Psychology (SACAP) which was not extended because of differences they had in how the mobile clinic should be run. Later, he got funding from Brain Working Recursive Therapy (BWRT), which offers psychotherapy courses.

“Some parents didn’t allow the children to speak to me because of whatever was going on at home, so instead we’d do beadwork and drumming. I’d teach them life skills and how to deal with their emotions,” says Mphunga.

Mphunga now works full-time at the University of Cape Town as a counsellor. In Khayelitsha “the mental health issues that were prevalent were depression, schizophrenia and psychosis that were substance-induced. Most of the people I saw were either abusing alcohol or tik (crystal meth). At UCT, what’s prevalent among students is academic stress, depression and anxiety,” Mphunga told Daily Maverick.

The South African Depression and Anxiety Group (SADAG) study found that one in six South Africans suffers from anxiety and depression or substance-abuse problems. Only 27% of South Africans with a severe mental illness reported having access to treatment.

Access to treatment can be hindered by how much counselling costs. “In this current economic state, many people can’t afford to pay for counselling and they call me and say, ‘I want to come for counselling but I can’t pay’, and that breaks my heart because I can’t help them because I’m here now (at UCT), where I’ll be paid,” said Mphunga.

He struggled to maintain the Caravelle and raise funds to keep it intact. After selling it in 2018, Mphunga was determined to continue making it easy for his clients to see him, so he bought a smaller car so that he could fetch clients and drop them off after their sessions were done.

When Mphunga started his mobile clinic, which has had more than 60 clients, other than the primary school children, mothers mostly came to see him. “At first mothers would be the ones coming in saying ‘my child is on drugs, please help me’ or ‘my daughter parties a lot and only comes back on Mondays when she has to get ready for work’. Then more men started coming in with similar queries about their children and how they can support their wives,” said Mphunga.

He thinks this change of heart may be influenced by the many talks he gave at community meetings, churches and any other platform where he could speak about the importance of seeing a therapist.

“These talks are about ironing out the confusion that people have between mental health issues and things of amadlozi (ancestors). I tell people that we’ve always had our kind of psychology,” Mphunga told Daily Maverick.

Though getting funding has been difficult for Mphunga, he hasn’t given up on his dream of working in Khayelitsha. He recently had to move out of an office the community had given to him “because of community politics”; thereafter he used his mother’s home to counsel the remaining clients he had.

“I needed to finish the sessions that those three clients had and for the social work intern to complete her internship. At the moment, we’re looking for other mental facilities to refer those clients to,” Mphunga told Daily Maverick.

He is currently saving money and thinking of ways to raise funds to fund his mobile clinic.

“That’s my long-term goal; to be in the township. In fact, my goal is to have 10 mobile clinics in the country,” said Mphunga. DM