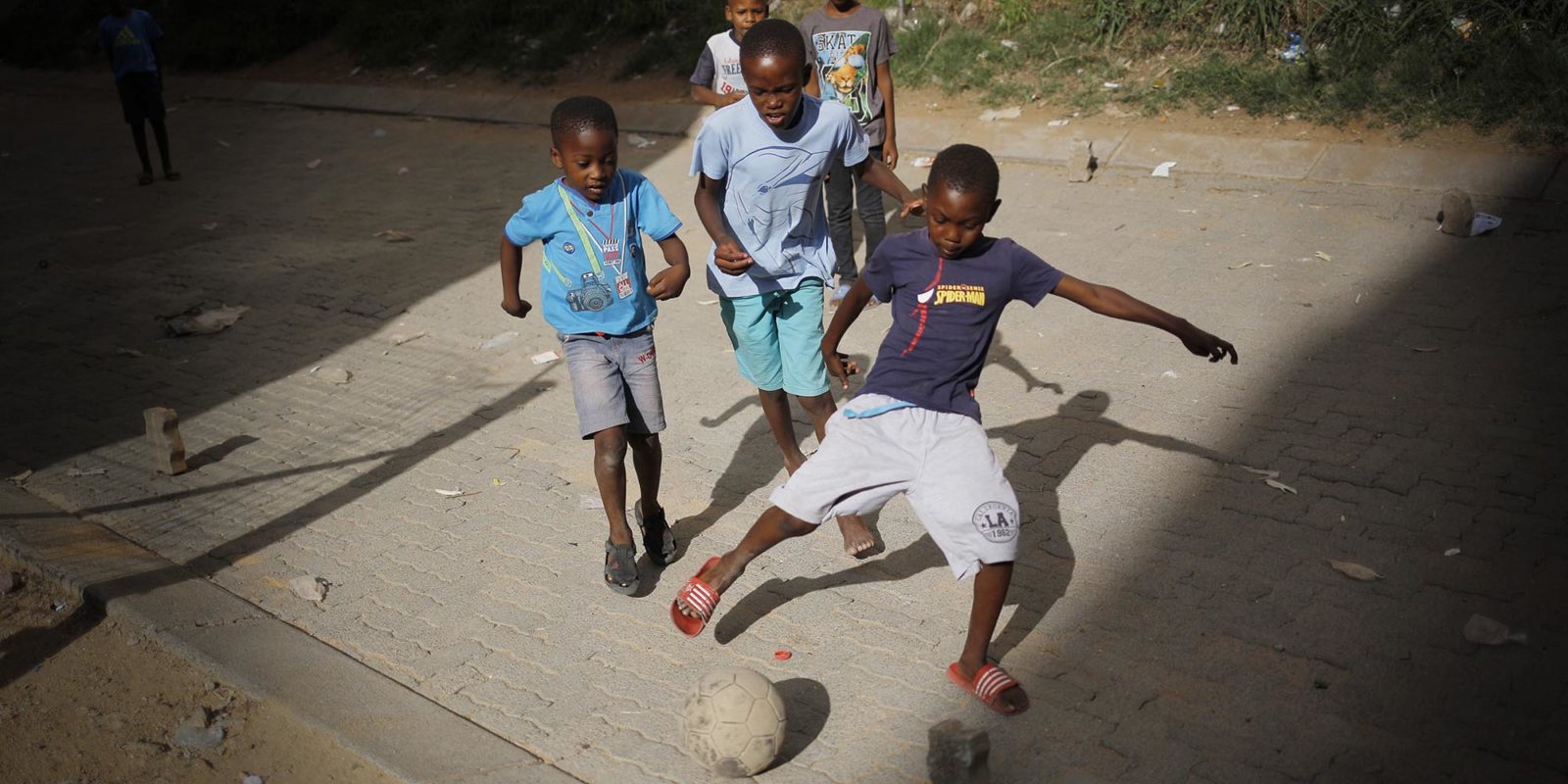 Boys seven years old and up are being kicked out of the women’s hostel in Alexandra and parents are being made to find their children new homes. This is being endorsed by the local ward councillor.

The Helen Joseph Women’s Hostel in Alexandra (named after the apartheid stalwart), Johannesburg is a foreboding, dilapidated structure on 4th Avenue. Women live two, sometimes four, to a small room. The quarters are cramped, they cook and clean in communal spaces and have mostly travelled from rural areas to live here for work.

Many of the hostel’s women are mothers to young boys and this has become the source of a grand controversy: how does the hostel cope with an unruly and maturing population of boys? Cliff Shiko, presenter and producer of Volume’s podcast Local Focus has been reporting on this issue for Alex FM. He has discovered that the hostel is facing a growing problem of misbehaving boys, their actions at times putting the lives of residents at risk. As a result, all boys (some as young as seven) are being asked to leave the hostel. This is a blanket rule imposed on all boys regardless of what they have or haven’t done. Their mothers have to find them alternative accommodation and a new guardian. This will often mean sending them back home to a rural area to live with grandparents.

A group of boys have been accused of turning on the communal gas stoves late at night and leaving them on, flooding the hostel with gas. “This can be very dangerous for everyone,” says Shiko.

Some of the boys have also been known, aged 12 or 13, to spy on residents while they are showering, which makes them feel unsafe. Shiko says one could argue that discipline should be used in these instances rather than expulsion, but the hostel is densely populated and patience is in short supply.

The ward councillor for the area, Ambie Maseko, also lives in the hostel and originally suggested a cut-off age of three, for young boys to be sent away.

“It was thought that the boys would eventually grow up and the problem should be stopped early, but the suggestion was crushed,” says Shiko.

In late August, Shiko attended a meeting inside the women’s hostel. Organised by Maseko, about 200 people attended, including an assortment of residents and the head of the Community Policing Forum (CPF), Christopher Mabunda. The CPF has committed to combating this problem and having the boys reprimanded, when necessary, by police officers at the local station. However, up to this point they have failed to bring the problem under control.

Maseko told Shiko the meeting was called over concerns that boys were selling drugs, smoking and being “naughty” in the hostel. As a result, the ward councillor is pushing for a petition to be signed by the residents so the seven-year-old ban can become a reality. This will be handed to the City of Johannesburg.

“The question is: where are the boys meant to go?” asks Shiko. The rent in the hostel is low (as little as R100 per month) and some refuse to pay even that, so when it comes to the mothers finding alternative places to live (instead of sending their boys away) that probably isn’t going to be possible.

“If the mothers can’t afford to move out of the hostel and rent separately in Alex then they will need to give up their children,” he says.

Shiko says an alternative solution would be to reimagine the women’s hostel as a place comprising family units rather than closed quarters only for women. The men’s hostel has unofficially evolved into this type of structure (with men and women living there together).

However, if you allow men into the women’s hostel then you are going to run out of space and this means many of the women who call it home would need to leave (to make space for the men). It’s not an issue that is easily solved and speaks to the density of Alexandra and how a scarcity of resources, including space, infects every aspect of life.

Cliff Shiko is presenter and producer of Volume’s podcast Local Focus that goes to under-reported areas and finds good stories. You can receive the show as a WhatsApp voice note (by sending a message to +27 60 954 1326). You can also receive Local Focus as a regular podcast on iTunes or wherever you find your podcasts. Paul McNally is the co-founder of Volume, a company that produces audio shows and distributes them over WhatsApp.