Proteas in battle for survival as India tighten grip 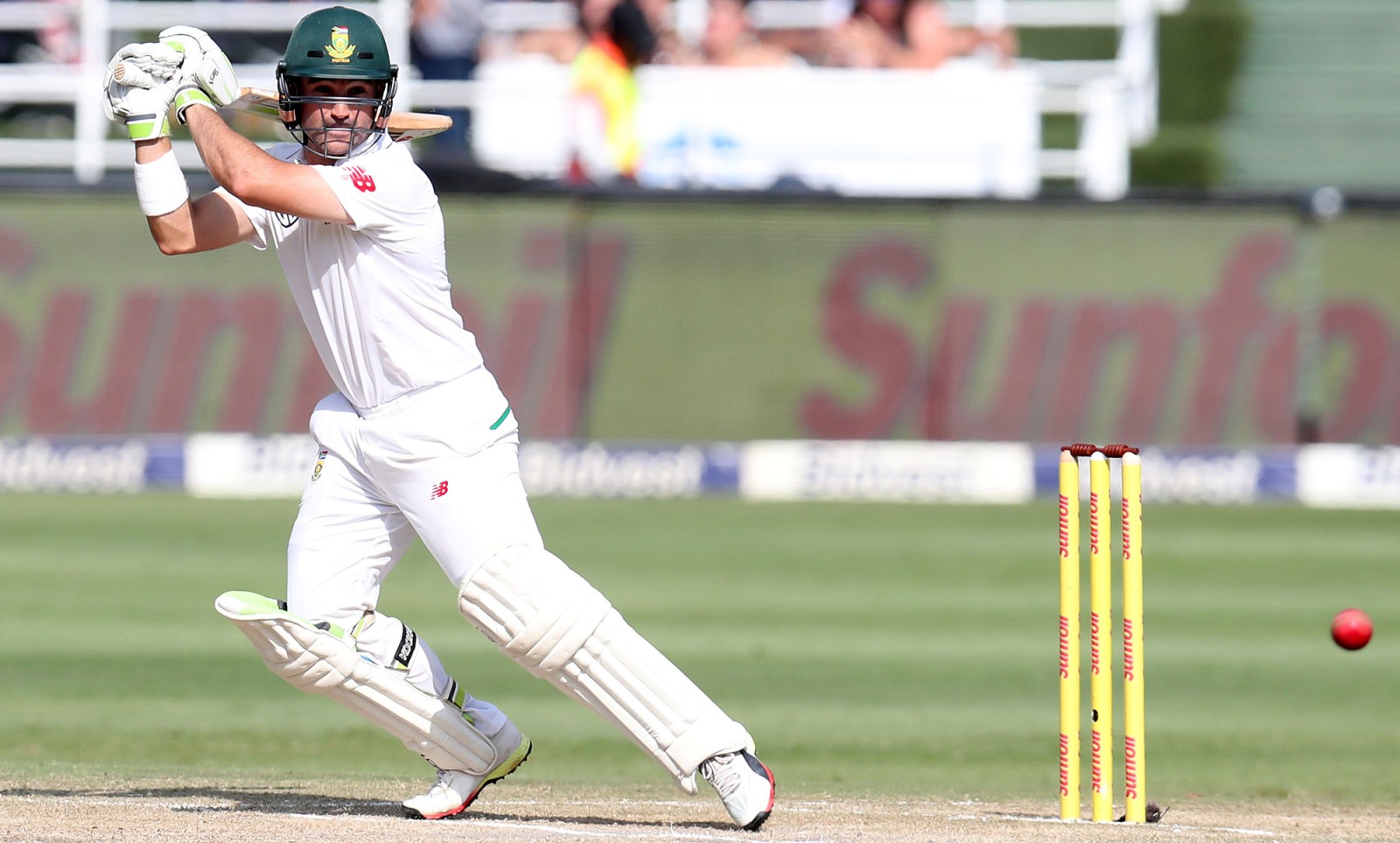 South Africa’s batsmen are going to have to mine another deep well of application and patience if they are to deny India victory in the first Test in Visakhapatnam.

At the close on day four on Saturday, South Africa were at 11 for one, theoretically needing 384 to win. In reality, they have to bat 90 overs on Sunday to avoid defeat after Rohit Sharma’s second century of the match kept the home side in a position of power.

India have dominated the match after winning the toss and despite a superb 431 from the Proteas in reply to India’s first innings total of 502 for seven declared, the visitors have always been behind in the match.

Rohit scored 127 in his second visit to the crease, following his 176 in the first innings. It was made in haste – he scored his runs off only 149 balls, with 10 fours and seven sixes.

The South Africa bowlers toiled again with left-arm spinner Keshav Maharaj asked to do the bulk of the bowling in the humid conditions.

Maharaj never shirked his duty but he must have wondered what he’d done to deserve the punishment Rohit meted out as he went for 129 in 22 overs.

The innings started brightly enough for Maharaj, who took the new ball. He dismissed first-innings hero Mayank Agarwal with a well-flighted delivery that induced an edge. Captain Faf du Plessis took the catch at slip.

But that was the highlight, as Rohit and Pujara put on 169 for the second wicket.

Maharaj ended with the dubious record of most runs conceded in a Test by a South African. Match figures of five for 318 from 77 overs are the third-worst in history of the game in terms of runs conceded.

India captain Virat Kohli wanted to allow his bowlers enough time to take ten South African second innings wickets, but he also needed enough runs to take any chance of victory away from the visitors.

Given the good batting conditions, a lead of 300 just wasn’t enough for the Indian skipper, although the eventual lead of 395 was probably an overkill.

On a deteriorating pitch, it will be a surprise if the Proteas drag the match to tea on the final day. There is a forecast for some rain to fall on Sunday. The Proteas will be hoping the prediction is accurate this time.

India’s bowlers managed nine overs at the Proteas at the end of the day and predictably opened with spin – Ravi Ashwin and Ravindra Jadeja taking the new ball.

That was partly tactical, but it was also due to the poor light, which forced the umpire’s to outlaw quick bowling for the last 45 minutes.

Ashwin immediately had first-innings hero Dean Elgar flummoxed when the fourth ball of the innings died on the pitch and went under the left-hander’s bat. The ball actually clipped the off stump, but the bails remained intact as Elgar gave a rueful smile.

If any evidence were required that batting last on the crumbling pitch was going to be close to impossible, that was it.

In the fourth over, however, Elgar, who described his 160 in the first innings as the best of his career, was beaten by the guile of the slow left-arm Jadeja.

Jadeja trapped Elgar leg before with a ball that turned a smidgeon and stayed low. It was a huge wicket considering the state of the match and Elgar’s ability to knuckle down and frustrate bowlers.

Aiden Markram and Theunis de Bruyn managed to see South Africa through to the close without further damage but the hard work has only just begun.

Earlier on day four South Africa resumed their first innings on an overnight score of 385 for eight and added another 46 runs in 13.2 overs. Debutant Senuran Muthusamy was unbeaten on 33. DM