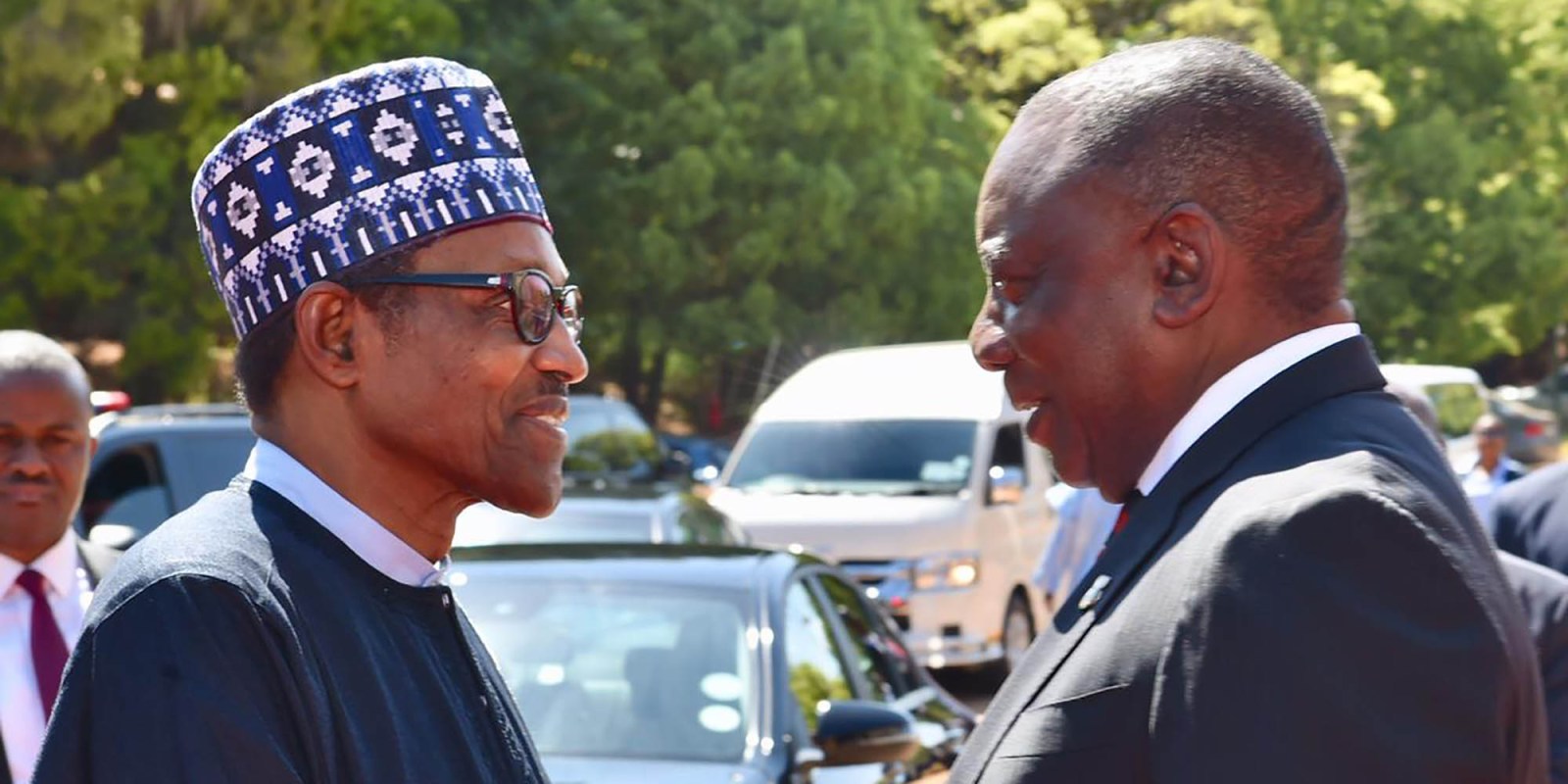 The police forces and intelligence-gathering agencies of South Africa and Nigeria would co-operate closely to counter attacks on foreigners and their businesses. The two governments would also encourage positive people-to-people contacts ‘so that we are able to relate to one another’, said President Cyril Ramaphosa at a meeting of the Binational Commission between the two countries in Pretoria on Thursday.

South Africa and Nigeria have agreed to establish an early-warning mechanism to alert authorities to signals of impending xenophobic violence so they can take pre-emptive action against it.

This was one of the “concrete measures” which the two governments decided on to prevent a recurrence of the recent eruption of violence, at a meeting of the Binational Commission between them in Pretoria on Thursday.

The 20-year-old commission was chaired for the first time by the presidents of the two countries and the recent attacks in South Africa on foreigners and their businesses were high on the agenda.

President Cyril Ramaphosa said the two governments had agreed to set up the early-warning mechanism “so that once we have seen there is restiveness on both our peoples’ sides we will be able to inform one another and to find active ways to ensure we do not have recurrences”.

The police forces and intelligence gathering agencies of the two countries would also co-operate closely to counter such attacks. The two governments would also encourage positive people-to-people contacts “so that we are able to relate to one another.”

Ramaphosa said he was grateful that the Nigerian diaspora forums in South Africa had been meeting and co-operating with the South African government and jointly discussing how to ensure attacks on foreigners did not recur.

Nigerian President Muhammadu Buhari said police and intelligence agencies would have to be fully alert to any signs of imminent attacks against foreigners.

Responding to a South African journalist’s question which suggested that attacks on Nigerians in South Africa had been prompted by their high involvement in crime, he said Nigerians understood the maxim “when in Rome do as the Romans do” and that they should obey South African law.

The official said foreigners living in South Africa expressed some concerns about the proposed early-warning mechanism because they said that in the past when they had warned SA police about xenophobic violence, this information had found its way back to the perpetrators of such violence.

Ramaphosa again expressed his deep regrets for the violence over the past few weeks.

“Our intolerance and condemnation of all forms of violence remains very very firm.” He also condemned the retaliatory violence against South African firms in Nigeria.

Ramaphosa said his government was committed to addressing the genuine concerns of South Africa’s people, such as poverty, unemployment, crime, drugs and migration.

“We’re equally committed to upholding the rule of law and ensuring that all those involved in criminal activities, regardless of their nationalities, are prosecuted,” he insisted. He added that a number of people had been arrested over the recent violence and would be prosecuted.

“We welcome the willingness of the government of Nigeria to work with us to address these challenges.”

Though the Nigerian government made a demand for compensation to be paid by the South African government to Nigerians who had lost property in the xenophobic violence, one South African official said this demand had been dismissed when officials met. The Nigerians had not brought it up again, either at the ministerial or presidential-level meetings of the Binational Commission.

Ramaphosa said business and investment relations between the two countries were already strong and Nigeria accounted for 64% of SA’s trade with West Africa. The two governments had agreed to further strengthen economic ties by deepening their reforms to ensure their economies were more open to business and more Nigerian investment in SA.

“We want to welcome more and more Nigerian businesses to operate in our space,” Ramaphosa said, noting that while several large SA businesses operated in Nigeria, most Nigerian companies in SA were small- and medium-sized enterprises.

“We want to address this imbalance so that we have more and more slightly larger Nigerian enterprises coming to operate here.” The existing incentives for investment would be available to them.

The two governments agreed to establish a Joint Ministerial Advisory Council on Industry, Trade and Investment to boost private-sector participation in the economies of both countries. It would meet for the first time by April 2020.

Ramaphosa also said growing relations between the two countries were evidenced by the 32 co-operation agreements signed between them, covering a wide field including trade and industry, science and technology, defence, agriculture, energy, transport, arts and culture and tourism.

At a business forum in Midrand, Ramaphosa urged business leaders to expand commerce between the two countries. They had identified key sectors to boost investment for economic growth and development, including roads, railways, mining, manufacturing and agro-processing. DM