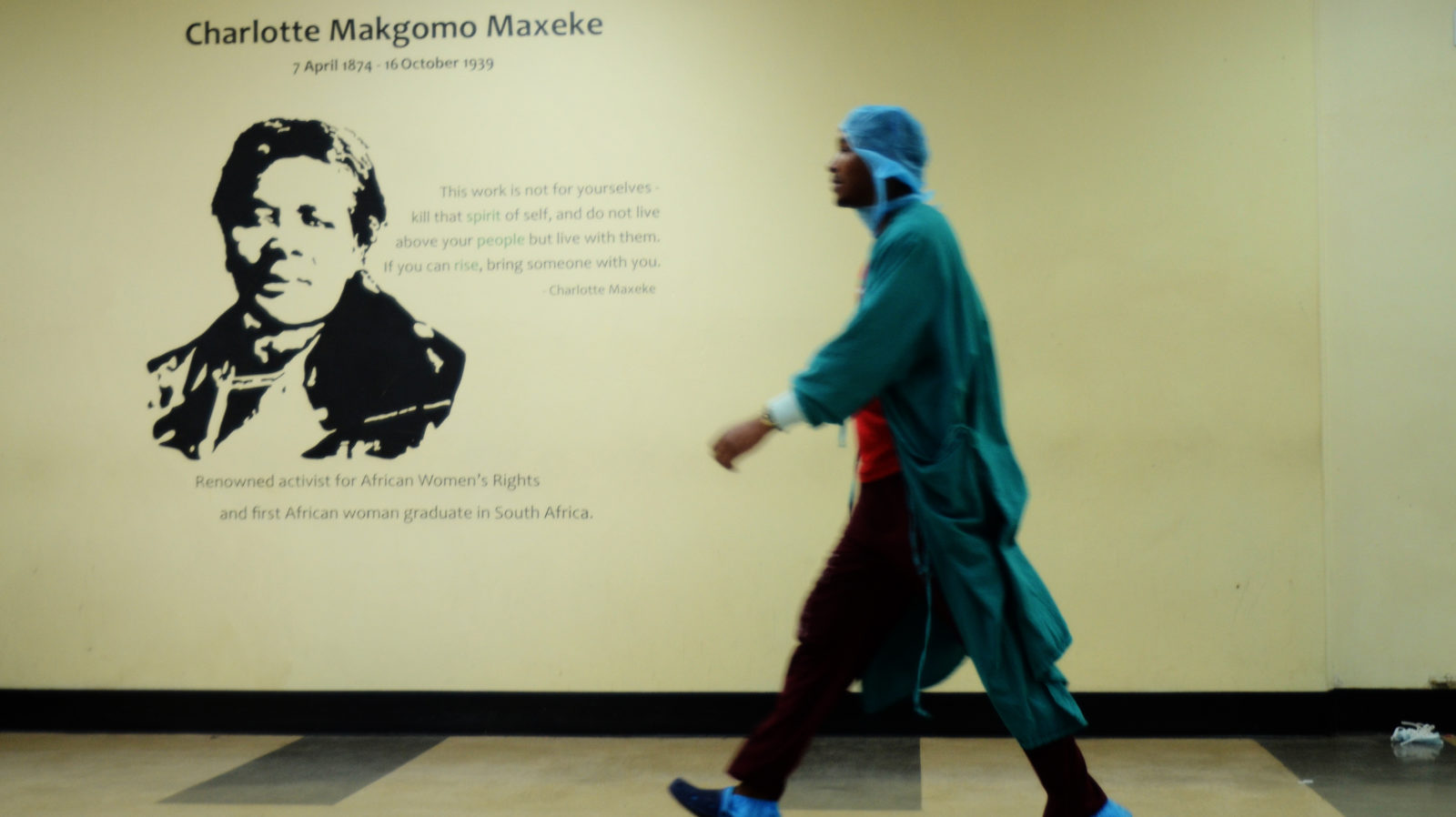 Spotlight asked the Department of Health and others what happens next following the release of a landmark report into private healthcare in South Africa.

The Competition Commission’s landmark Health Market Inquiry (HMI) into the private healthcare sector has delivered both a thorough diagnosis of problems in the sector and wide-ranging prescriptions for fixing these problems. It remains unclear whether the Department of Health (DoH) has an appetite for implementing the prescribed solutions.

Speaking to Spotlight about the report, which found the private sector to be both inefficient and uncompetitive, and marred by inexplicably high and rising costs, DoH Deputy Director-General for National Health Insurance (NHI), Anban Pillay, was both opaque and optimistic.

“The regulation of suppliers in terms of pricing, outcomes and value for money are very important success factors for the NHI and are reflected in the NHI Bill. The [HMI] recommendations could benefit the NHI by, amongst others, achieving lower prices, improved understanding of health outcomes and quality of care in the private sector, [and] key health indicators of users in the private sector.”

However, he failed to identify a timeline for the DoH’s investigation into the relevance of the report’s findings.

The Health Market Inquiry was launched in January 2014 to probe the high prices and uncompetitive nature of the private healthcare industry. Initially set to be completed within a year, the report launched in Johannesburg last Monday comes after 69 months of expansive work including consultations with industry, experts, government and the public.

The report found that there had been a ubiquitous failure on the part of both government and the private industry in terms of regulating the sector. These regulation failures have resulted, among other issues, in inequitable geographic distribution of facilities and providers (currently concentrated in economic hubs), high and rising costs of services (with no mechanism to curtail the increases), and a lack of evidence to show that the significant financial investments have caused health outcomes to improve (as there is no effective and transparent monitoring mechanism in place).

To remedy these issues specifically, one of the HMI’s most important recommendations is the establishment of a supply side regulatory authority that will be independent from both government and the private sector.

However, Russell Rensburg, from the Rural Health Advocacy Project, questioned how this body “would fit”, under a unified NHI system. He, and a number of other experts speaking at the report’s launch, suggested that these functions could be housed under the existing Office of Health Standards Compliance (OHSC).

But Pillay disagreed with this argument and implied that such a body may have a purpose under the NHI.

Rensburg argued that, due to “limited technical capacity”, a supply side regulator that covers both public and private providers “may be more cost effective”.

An important question, considering the nature and findings of the report, is: Before contracting with private providers under the NHI, could the DoH effectively curtail the inexplicably high costs in the sector without implementing the HMI’s recommendations?

“Yes,” said Rensburg. “The HMI report shows how the fee-for-service model can be abused and, for the NHI, the DoH is proposing a different payment system of fixed fee rates that addresses this issue.”

But according to the HMI report the DoH has largely failed to regulate the private sector effectively.

“The DoH had made several attempts to regulate the private health sector however these efforts were resisted. The general approach of the private sector was to challenge all regulatory efforts in court and frustrate our regulatory efforts. The general attitude had been ‘all is well in the private sector – leave us alone’. Hence the need for us to approach the Competition Commission to investigate these matters through an independent panel,” explained Pillay.

They believe that the DoH fails to act on these recommendations, what they will end up doing is extending the effect of the very inequality and problems with private healthcare sector that they spent so much time decrying.

These inequalities include inequitable geographical distribution of providers as well as inequitable access to oncology services and certain specialists.

To get the desired outcome of these recommendations it can’t be implemented partially, all will have to be implemented together as a whole, with the intended outcome being a more transparent, better-governed, more affordable, better-quality, better-measured and better-for-health-outcomes private health system.

Professor Alex van den Heever, from the University of the Witwatersrand, said that if the “medical scheme system isn’t made sustainable, which is the system also proposed for our version of universal health coverage, the entire country’s health system is in trouble”.

On Monday, the report was handed over by the Competition Commission to Department of Trade and Industry Minister Ebrahim Patel who said he would then deliver it to Health Minister Dr Zweli Mkhize, after which it would be submitted for the consideration of Parliament.

“We need to determine whether [implementing] the recommendation is the best option given our current NHI implementation plan. It may well be possible that many of the problems will be addressed through the NHI implementation,” said Pillay.

Many also believe said that the recommendations are not “at odds” with the NHI.

During the optimistic seven-year timeframe set by the DoH until the NHI fund becomes functional, the department doesn’t have plans on how to deal with the current gross inequalities between the private and public sector.

Rensburg, however, believes the HMI to have been an important process, regardless of whether or not the recommendations are implemented as it provided significant “lessons for broader reform”.

“It confirmed what many suspected is happening and now there is evidence to back this up. All the findings and recommendations provide a list of opportunities and lessons that will contribute to the transition to a universal health system, and should be seen as such.”

Said Van den Heever: “The private sector has to be regulated; it’s only partially regulated at this point. It needs the regulatory framework to address the structural market failures typical in the health space and to make sure the system is stable and not subject to capture or corruption either. Without that we don’t have a health system: We have a broken public system and a broken private system.” DM

Covid-19: After weeks of calm, excess deaths are increasing