THIS STUFF IS DOPE 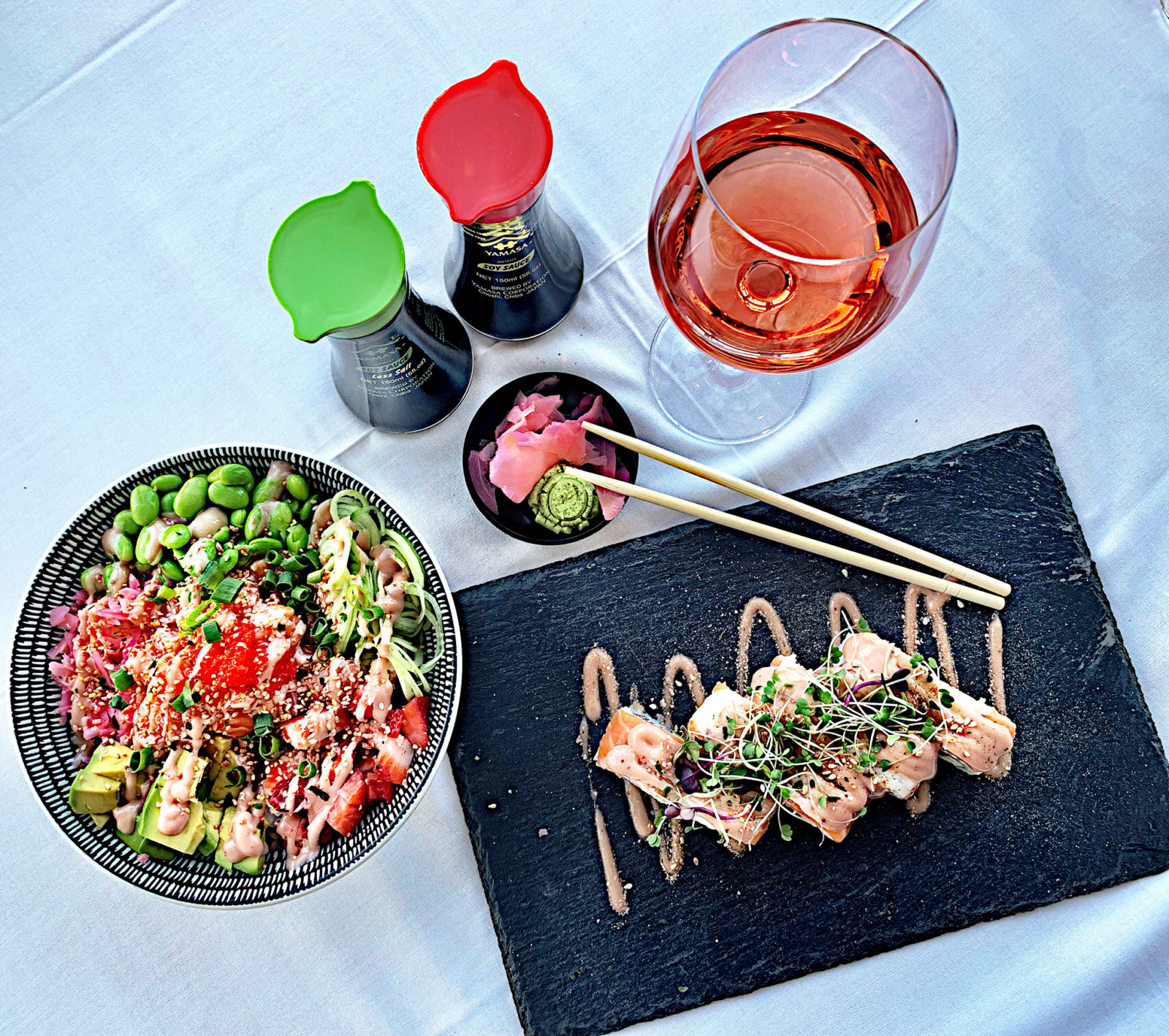 CBD (cannabinoid) shops are springing up all over the place, including Goodleaf in the … well, CBD … that is, the Cape Town city centre, a tranquil environment where you can find out more about the plant and the products.

Jonni Katz, CEO of Goodleaf in the Cape Town CBD, says he’d like to think we are all learning about CBD – and by that he refers to cannabinoids, not the location of his business – and going through a massive growth phase in our education.

“We don’t make any claims as to what CBD can and can’t do. The regulations are very strict in that respect,” he adds. “We endeavour to understand as much as we possibly can; the regulatory landscape is quite vague, actually. We’re trying to do that in the most responsible way.

“We’re also adding on an element of retail theatre, a comfortable place to come read a magazine, look at a couple of books, speak to the staff. Just share your stories with us and we can share whatever we know with you.”

Katz is at pains to point out he should not be seen as a cannabis expert.

“I’m a retailer who sees a wonderful opportunity in a new market, and do it in a particular way which hasn’t been done before,” he says.

Africanpure is part of the Goodleaf company and is the brand collaboration with Col’Cacchio. The national franchise began offering spritzes of CBD oil on its pizzas in June 2019.

“It was a rigorous process in terms of getting the dosage right to ensure we are not irresponsibly overdosing,” explains Katz. “We decided to err on the side of caution; the legal prescribed dose is 20mg per day.”

Director and co-founder of Col’Cacchio, Kinga Baranowska, adds: “It’s all monitored very carefully and not diluted. We treat it as gold, it’s so expensive!”

It costs R25 to have the CBD on your food, and when the new menu is launched in November 2019, customers will be able to request it on any dish. Two new pizzas were created to coincide with the introduction of the CBD oil, and both are scrumptious – whether you can taste the CBD or not (it does have a faint “plantiness” to it but barely noticeable on the nose or the palate). The Green Goddess has grilled baby marrow, feta, fresh basil (and CBD oil), a lovely vegetarian option, while the Not-So-Plain Mary Jane is topped with oven-roasted chicken, Peppadew® Piquanté Peppers, roasted mushrooms, and avo dressing with CBD oil.

“When the laws changed here, we decided to take the leap and see if it was possible to do it with the pizzas. We also know it’s such a growing trend and it’s exciting to be part of that.”

Blowfish Restaurant in Blouberg was the first in the area to serve sushi 18 years ago. Now it has two dishes on its menu which contain CBD.

“It’s a trendy idea and we wanted to try something different,” says manager Steven Morley. “It’s not going to make you high or anything like that,” he smiles.

The diluted CBD works out to about 5-6mg per serving on either the CANNAfornia rolls or the CANNAfornia poke bowl, in the form of a strawberry dressing. “You’ll be full long before you reach the daily recommended dosage,” says Morley.

He’s not wrong. I tried both and was indeed happily full. Again, no discernible taste, smell, or physical or mental “side effects” but delicious nonetheless.

The CANNAfornia roll has a filling of salmon and prawn, complemented with a lick of cream cheese and topped with avocado. The CANNAfornia poke bowl consists of sushi rice topped with salmon, edamame beans, pickled ginger, strawberries, cucumber and avocado. It’s laced with a sweet chilli and caviar mayo with a hint of cannabis oil.

“We put hemp hearts (shelled hemp seeds) in our mash in the brewing process. Hemp hearts are rich in the essential fatty-acids, Omega 3,6 and 9, and introduce a light oiliness and nutty flavour. We then use hemp terpenes after fermentation. Terpenes are the aromatic compounds found in the cannabis plant that release a therapeutic scent (think aromatherapy). These terpenes, together with the many others in the oil we use, complement our beer. They provide a complexity and experience that not only feel good, but does good too.

“We chose a pale ale style beer because we wanted to use a good amount of hemp and in doing this be able to actually taste the hemp.”

The brewery had been in discussions with Hemporium for years about doing a hemp beer but the time or laws were never right, says Mohr.

“When the time was right we jumped at the chance to collaborate with Hemporium and brew the beer. Hemp and hops are part of the same family so it was a no brainer to combine them into a beer. We are extremely happy with the way Girl Scout Cookies HPA turned out.”

“Being cousins, cannabis and humulus (hops) both produce little green flowers of happiness that are full of resinous magic that makes us humans smile,” they contribute to the discussion.

“Hops give beer bitterness, flavour and aroma, and cannibas cures anything known to man, women or beast…apparently. So, legality aside, it’s surprising it took us so long to combine the two.”

Nic Davis, Head Monk and distiller at Monks, says the company distills its Mary Jane hemp-infused gin in the same way as it distills its other gins, using the London Dry Gin method.

“We then add all flavours through a further distillation in the presence of ‘natural plant materials’, or carefully chosen and foraged botanicals. Nothing is added after the distillation except for the purest mountain water.

“The CBD extract is added to the botanicals in the second distillation to produce our unique gin.”

The question on all our lips, is why even is CBD being added to food and drink, when it seems as if sustained use is the way to make the best of its benefits. At Monks it’s part of something bigger and quite personal.

“Roughly nine years ago our head distiller and partner in the business was diagnosed with MS (Multiple Sclerosis) and told to prepare for a life short-lived and in a wheelchair,” says Davis.

“A week after the diagnosis he flushed the medication down the loo as it was making him more nauseous (sic) by the day and went on to medical cannabis. After a few months on this new protocol he started to regain feeling in his legs and a year later was symptom-free.

“Thus began the journey to put CBD in the gin, due to its extraordinary medicinal properties. While we make no medical claims whatsoever as to the efficacy of CBD in gin, we feel it should be in almost every product one consumes as there are no proven side-effects or downsides to the plant. It is certainly not intended as a gimmick or a trend.”

Durban Poison is a familiar – nay, legendary – moniker. It’s mainstream now in the guise of a beer by the same name, made by Poison City Brewing.

“As a Durban brand, we are proud of Durban’s most famous export, Durban Poison, the cannabis strain that is one of the most well-known and popular strains in the world,” says Poison City founder and MD Graeme Bird. “We just won a silver medal at the South African Beer Trophy awards, which proves its quality.”

It probably won’t be long before CBD will be on many more menus here in South Africa. Heck, you can get it in dog biscuits. To learn more about the cannabis laws in South Africa, click here.

In September 2018, the Constitutional Court ruled that it is not a criminal offence for an adult citizen to use, possess or grow cannabis in private for personal consumption. This came as extremely welcome news to many people, although the full understanding of the law remains somewhat hazy.

Fast-forward a year and South Africa has a booming cannabis industry – not so much plantations (that’s another story) but products containing cannabinoids (widely known as CBD), in particular in food and drink.

For those who have partaken of the plant illegally in the past, it’s a confusing landscape. Previously, our friends would have smoked weed/dagga/marijuana or indeed even used it in crunchies or cakes. This, I have been told, was sometimes problematic for novices because the effects wouldn’t be felt for quite some time, on account of digestive systems. Not feeling anything led to eating more, and so on and so on, until one contracted the “Green Fever” from which there was no escape, no antidote. Many promises were made to the gods while moaning over the toilet bowl.

So while we can now use, possess and grow it for our own consumption, and get completely baked apparently – as long as it’s in our own home – what’s all this buzz about CBD, hemp and “no THC” (as if that’s a good thing)? (THC refers to tetrahydrocannabinol.)

In this article, which is from the US, though the details are the same, it says “marijuana can get you high” while hemp cannot.

“With such an obvious distinction between marijuana and hemp, many people mistakenly assume that they are separate species. In fact, hemp and marijuana belong to the same genus and species, Cannabis sativa.”

It goes on to explain cannabis oil vs hemp oil vs CBD oil: “… CBD oil … is made exclusively from the hemp plant. This product is often referred to as hemp oil, CBD oil, or CBD hemp oil”.

There is more information about cannabis and hemp out there than you can shake your herb grinder at, and the health benefits have been well documented. There are hundreds of what they call cannabinoid receptors throughout the human body that cause specific physiological effects, which you can read more about here. DM