Vuvuzela patrollers: Soweto community takes back its power over criminals 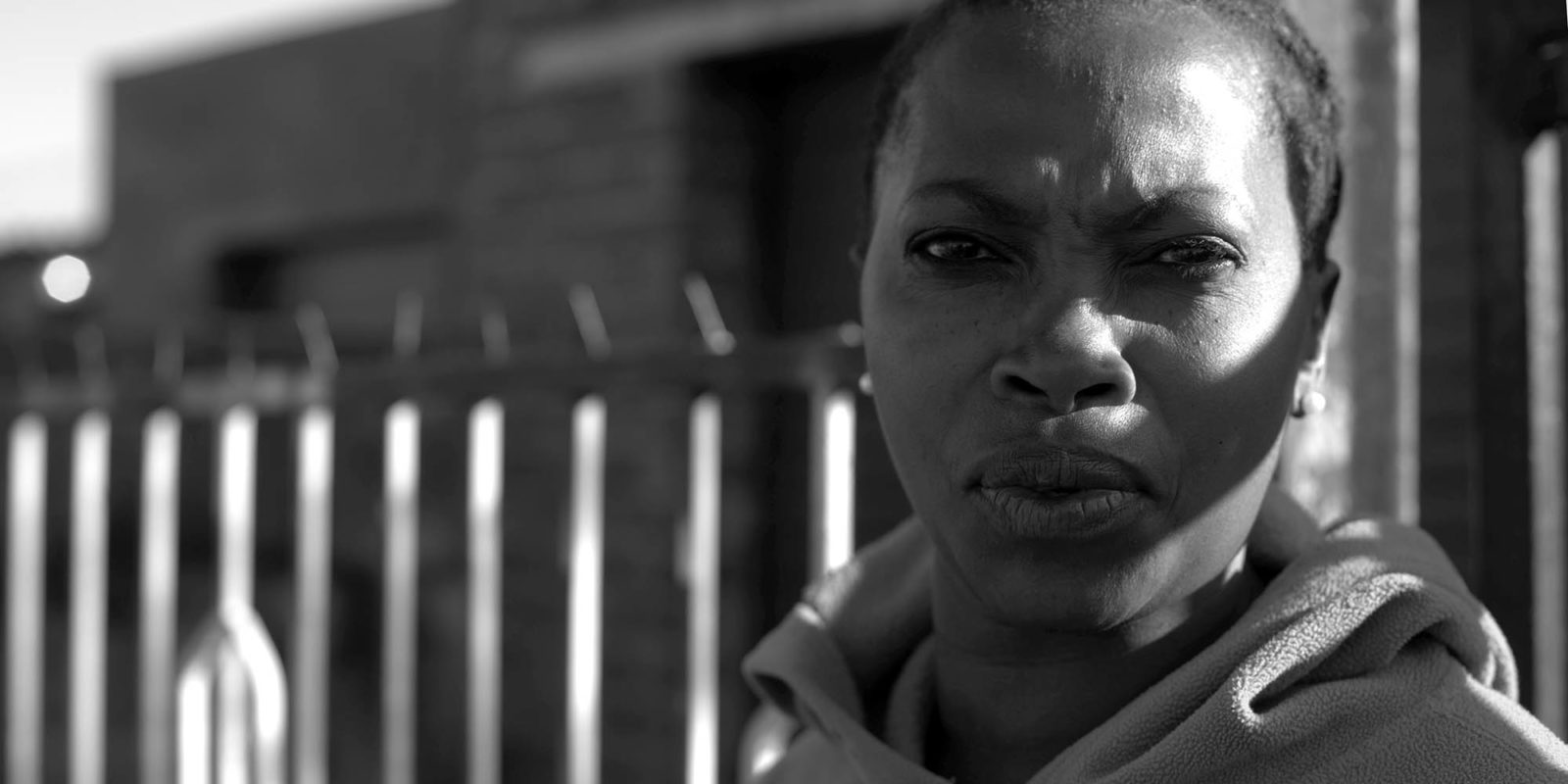 Dikeledi Mofokeng is a neighbourhood watch patroller who has been arrested for protecting her fellow residents in Phiri, Soweto. (Photo: Chanel Retief)

Residents of Phiri, Soweto are keeping criminals at bay using all kinds of novel methods, including blowing vuvuzelas as a warning to criminals as women make their way to work.

It is about 6.30am on a Friday as we drive through the streets of Phiri. The streets are quiet now as the hustle and bustle of morning activities has died down.

The only people in the streets now are the Phiri patrollers, who are getting ready to either go to work or catch a quick nap.

Phiri is located in Soweto. Up until 2018, Phiri’s monthly crime stats were sky-high.

“The crimes were very violent, many people were robbed with knives,” said 20-year-old Kholofelo Tshilwane who serves as the secretary of the Communities Neighbourhood Watch programme.

“I remember getting up early with my younger brothers when I started to hear a commotion just outside our yard. When I looked outside, I saw a woman trying to hold on to her handbag and dragging the man who was robbing her to the street light,” she said.

A few months before that, a young woman had been attacked at about 7am, when she was making her way to university. The robbers got away with her backpack, which contained her laptop and university textbooks.

In June 2018, the community decided that enough was enough.

They held a committee meeting and decided to create their own neighbourhood watch. The community employed a whistle system: “If anybody is in trouble they can just blow on the whistle and that will alert the community that something is wrong,” explained Tshilwane.

There are over 20 patrollers in Phiri. Their shifts start at 3.30 in the morning. Armed with vuvuzelas, they patrol the streets, escorting women to bus stops and protecting them from any possible criminal attacks. Each hour, more and more patrollers head into the streets, creating a symphony of vuvuzela sounds.

“We use the vuvuzela to let people know that we are around, and also to communicate with each other; when you hear the vuvuzela on one side, you know that there is a patroller there,” said David Ncube, 57, chairperson of the Neighbourhood Watch Committee.

For the past year, Ncube has escorted one woman from her house to the bus stop every day at 3.30am.

“We need to protect each other and look after each other, it’s not about money, it’s about our community and our moral fibre,” he explained.

A lack of visible policing was the main reason the community decided that they would put in their own security measures. After countless attacks, the community has lost trust in Moroka police station.

“They really didn’t do anything; imagine we would catch people with weapons red-handed, and then by 4pm they are roaming the streets again,” said Ncube.

Phiri’s neighbourhood watch has been active for nearly a year, and in that time their crime stats have decreased drastically. “According to the police stats our section is actually below the average,” said Kholofelo proudly.

“One thing that must be clear is that the police came to us, they saw what we were doing and then asked if we could collaborate, we didn’t go to them. We don’t work for them, we work for the community,” Ncube says sternly.

Like many South Africans, most of the residents in Phiri have lost all faith in the South African Police Services (SAPS). According to many people, the police show up hours after you’ve called for help, and even then, the perpetrators of the crime are back on the streets before sunset.

“You know, if you get into a scuffle with someone trying to rob you and you manage to get a hold of them, you can’t hold them for a very long time, it’s easy for them to overpower you and run away, so if the police don’t come immediately, what are you supposed to do?,” said Kholofelo.

The group speaks openly about using mob justice as a means to deal with perpetrators.

“We catch them, and then we beat them, they need to feel the pain that we feel when they rob us of things we have worked for,” said Tshilwane.

However effective the community believes this is, they lament the fact that they, in turn, end up behind bars for protecting their community and doing the work that the police are failing to do.

Dikeledi Mofokeng, 46, is one of Phiri’s street patrollers. She is unemployed, but serves as the deputy secretary on the Communities Neighbourhood Watch programme.

“I’ve been arrested for assault. One of the robbers was caught and then beaten up. I did not beat him, but he went to the police station and reported a case of assault against me and a few other people,” she says.

Mofokeng’s arrest was not acceptable to the community. Community representatives headed to the police station and demanded to speak to the prosecutor. They then raised funds for the arrested and they were eventually released.

The community in Phiri has taken a holistic approach to being responsible for their community. Not only do they conduct safety patrols, they also do a lot of community outreach. The patrollers also spend much of their time at the local clinic, Senawane, cleaning up the facility and making sure that community members are in a healthy environment.

They have also started a relationship with waste collecting company Pikitup, to ensure that open spaces in the community are clean and not used as illegal dumping sites.

“There are huge pipes in that area, so most of the criminals would hide there and also hide their stolen goods there,” said Tshilwane.

The neighbourhood committee keeps a close eye on the community, ensuring that there are no easy hiding places for criminals.

“We all work together, if someone says they’ve seen criminals in a specific place, we go there and clean it up, and we often recover stolen goods,” added Mofokeng.

The Phiri community meets religiously at the local high school every Thursday.

“Everybody knows that if you have any issues or want to report a matter, all you have to do is show up at the school at 6pm,” said Tshilwane.

It’s complicated, but in Phiri, the people are taking back their power. DM