Western democracies are at risk of normalising notions of apartheid 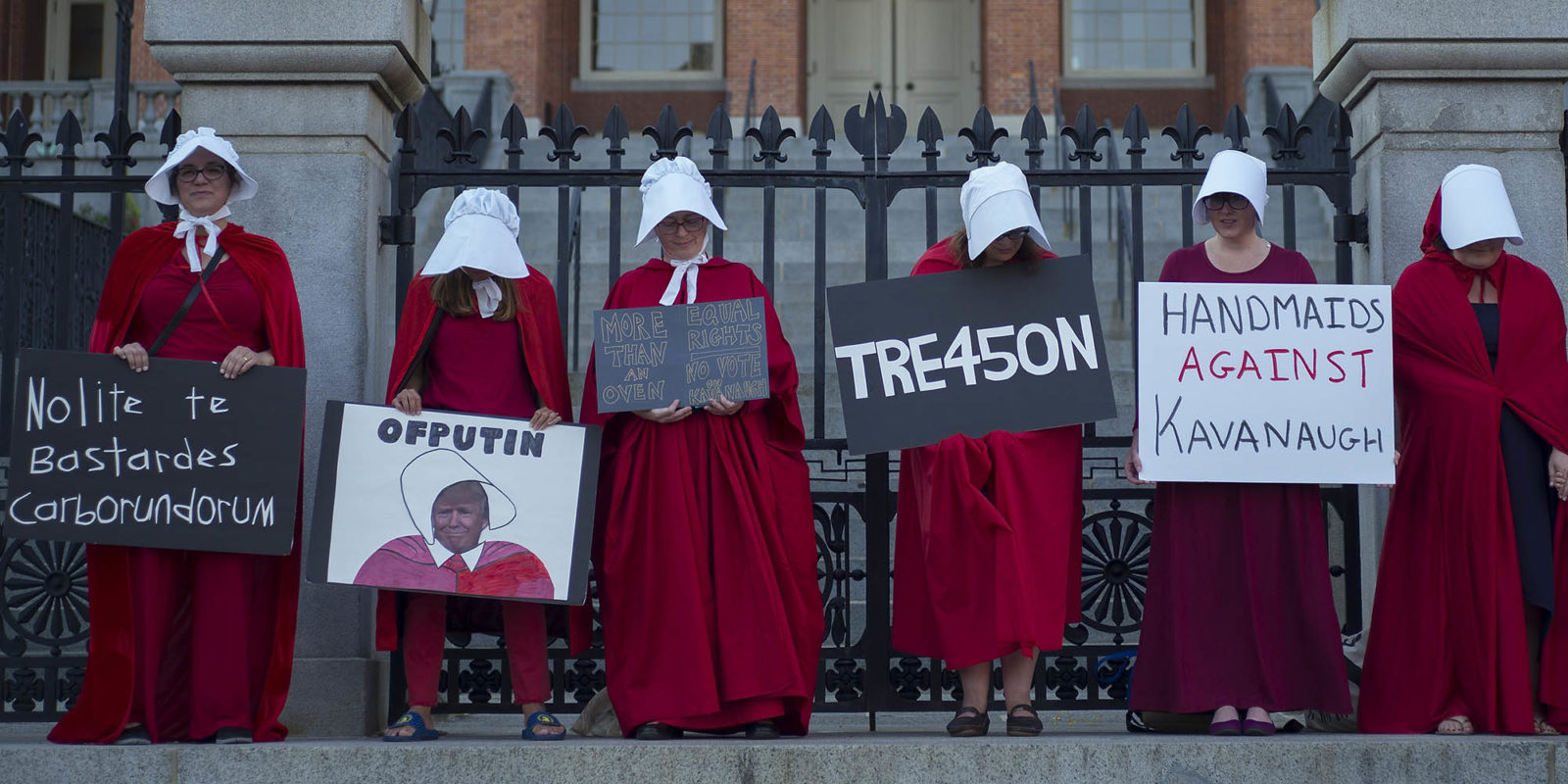 The rise of the right in the West represents a return to pre-World War II nationalism, dressed up in the language of ‘the protection of sovereignty and the ‘people’s interests’. In the final analysis, the political tide is rising against the globalism and inter-state openness that has marked the last half-century.

The past decade has been marked by the rise of populism, protectionism and majoritarian attitudes in the West. To many elites in the establishments of Western democracies, this came as a surprise and caught them off-guard as populists rose to the fore. Most analysts would agree that the combination of rising inequality within states, the economic malaise of the post-global financial crisis, and terror-related insecurity, created a socio-psychological swoon in which divisive rhetoric thrived in domestic political processes.

Trumpian nostalgic notions of “make America great again” and Borrisian calls to “take back Britain”, sounded to frustrated upper middle classes like revolutionary leadership, on the cusp of a new patriotic nationalism.

In some ways, the rise of the right in the West represents a return to pre-World War II nationalism, dressed up in the language of “the protection of sovereignty” and the “people’s interests”. In the final analysis, the political tide is rising against the globalism and inter-state openness that has marked the last half-century.

President Donald Trump’s trade war, understandable as a tactical manoeuvre in response to the rising global economic influence of China, signifies a fundamental departure from the US’s free trade posture which set the tone for multilateralism post-World War II. Even if President Trump is impeached, or fails to be re-elected, which is unlikely, the chances are that the US will be unable to regain its foothold as the global leader.

In a twist of irony, China’s expansive economic diplomacy, embodied by the One Belt One Road policy, is likely to replace the role of the US at the forefront of global integration. Only, the resultant inter-state connectedness it will produce will set a fundamentally different tone in the world. The pax-Americana, on the one hand, was marked by a democratic-capitalist value system, which used the big stick of US military capability around the world as a leviathan to coerce rogue states into compliance with a rules-based order, defined by liberal values. China, in alliance with Russia, Turkey and the likes of Iran, may instead export a utilitarian pragmatism, which prioritises development over liberty.

This does not mean multilateralism is dead, but it does mean that Western-style multilateralism will either be relegated or morphed into a system of “dealing for development”, even at the cost of rights and freedoms at the centre and at the margins. This approach is epitomised by China’s domestic handling of the Uighur Muslims, conceptually justified by the party in the interests of their common good.

Against this backdrop, the West will struggle with internal political polarisation, acutely centred on identity politics and aimed at symbolically significant issues such as immigration. As the UK’s new Home Secretary Priti Patel argues, the goal is to “end the free movement of people once and for all”. The irony that Ms Patel does not hail from Yorkshire is lost on an audience reasoning from fear and a sense of lost pre-eminence in the world. Instead, an elite home secretary from an immigrant family is the perfect symbol of fidelity to their principles of openness, without the substantive commitment to their implications.

Similarly, the anti-immigration sentiments that have taken root in the US are unlikely to subside in the coming decade, only worsen as the working class takes greater pain, inflicted by a short-sighted trade war that itself fails to address the underlying problem of declining competitiveness in productive sectors of the US economy.

Is it a leap to say the West is normalising notions of apartheid?

First, one must understand that apartheid, the system in South Africa of racial segregation and “separate development”, was at its core a neodemocratic experiment. To those who benefited from the system, the social fabric was democratic in almost every sense: elections were held, subsidiarity in local government was realised, freedom of religion protected, etc. Apartheid’s second-class citizens, people of colour who were aliens in their own land simply by virtue of their skin colour, were free to come and go – within the tight confines of the police state that deemed them so. If they stepped outside the lines, the borders of control, their rights were arbitrarily infringed under the guise of security.

What began as a project of Afrikaner nationalism ended as a crime against humanity. How this happened is that the creeping autocracy of illiberal democracy eventually justified any manner of abuse in the pursuit of an ideological vision which in practice was untenable – that the haves could make the rules and that the have-nots would serve their interests, without demanding a fair and equal franchise.

At the global level, the Pax Americana that has marked the international system since the 1950s has been a system in which the rich world, whether by enticement or coercion, made the rules. The moral and leadership high ground, assumed by the powerful states, did deliver some benefits akin to the infrastructure and public administrative systems the apartheid government paternalistically afforded their oppressed. However, once the West no longer represents the ideal and most effective model for delivering on the aspirations of the majority of citizens, the geopolitical order will become untenable and the soft power and influence of the West will wane even further and faster.

That is not to say that the basic premise of the democracy and capitalism of the West – individual liberty and consequent rights – has diminished in philosophical attractiveness. Rather, the alternative represented by China’s rise, a utilitarian pragmatic collectivism, masking its deficiencies through efficient state-craft, will appear more desirable to the frustrated masses.

In the process, as the West adopts an increasingly nationalistic and populist posture, if it continues to withdraw from the world into a short-sighted attitude of self-preservation, it will find itself enacting policies that assume that separate development between the rich and poor states is possible. If anything, the mass migration into Europe from North Africa and the Middle East of the last few years showed that separateness is a fallacy. But it is an attractive fallacy to a populace who believes that they are not getting their fair share of progress and feel insecure to boot.

If the West normalises notions of apartheid, it will not only lose its global role, but will be unlikely to recover in the battle of ideas, as internationalism is eclipsed by regional power blocks seeking to broker networks of aligned states that serve competing geostrategic ends. It will mark the beginning of an era that feels an awful lot like the Cold War, only the consequence might not be the West’s relative advantage as was the case then, but its relative decline. DM

Marius Oosthuizen is a global futurist and scenario planner based in Johannesburg, South Africa.